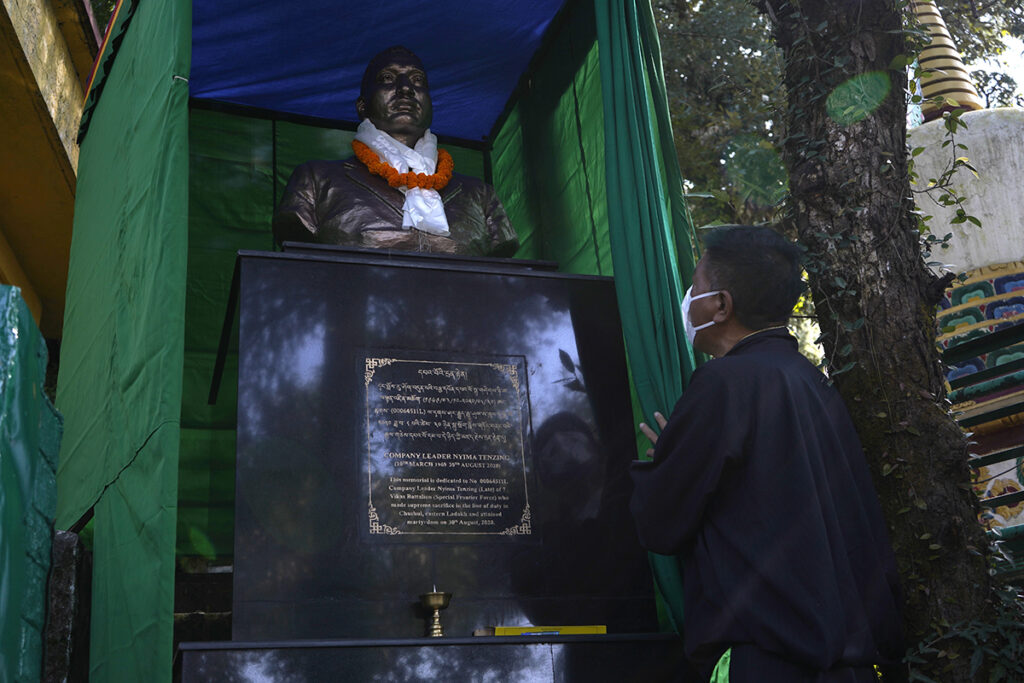 Dharamshala: Sikyong Penpa Tsering presided over the inaugural ceremony of the memorial bust of soldier Nyima Tenzing that was organised by the Department of Security, CTA at 9am today at Lhagyal Ri, near Tsuglagkhang, Mcleod Ganj, Himachal Pradesh. He was joined by Secretary Karma Rinchen, staff of Department of Security and media personnel. Late Nyima Tenzing, Company Leader of 7 Vikas Regiment died on this day 30 August last year.

Arriving from concluding his official visit to Leh and Jhangthang regions of Ladakh the day before, Sikyong addressed the media on the significance of the ceremony noting that martyr Nyima Tenzing had passed away one year ago when he was on patrolling duty at the borders during the heights of the Sino-India border conflict. As per accounts, after stepping on a landmine Nyima Tenzing acted instinctively to push away two other soldiers on duty with him, sacrificing his own life.

Sikyong informed of his meeting with the late soldier’s family members previously and this time during his visit to Ladakh on the occasion of which the locals under the leadership of the local Tibetan assembly had arranged an inaugural ceremony for the memorial bust of the martyr. 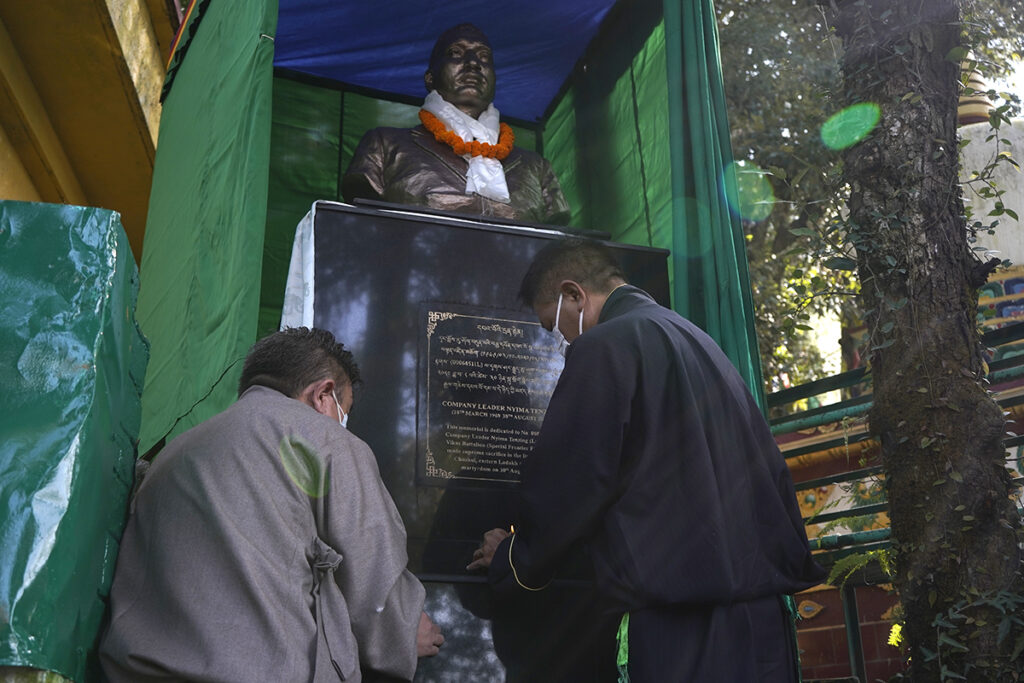 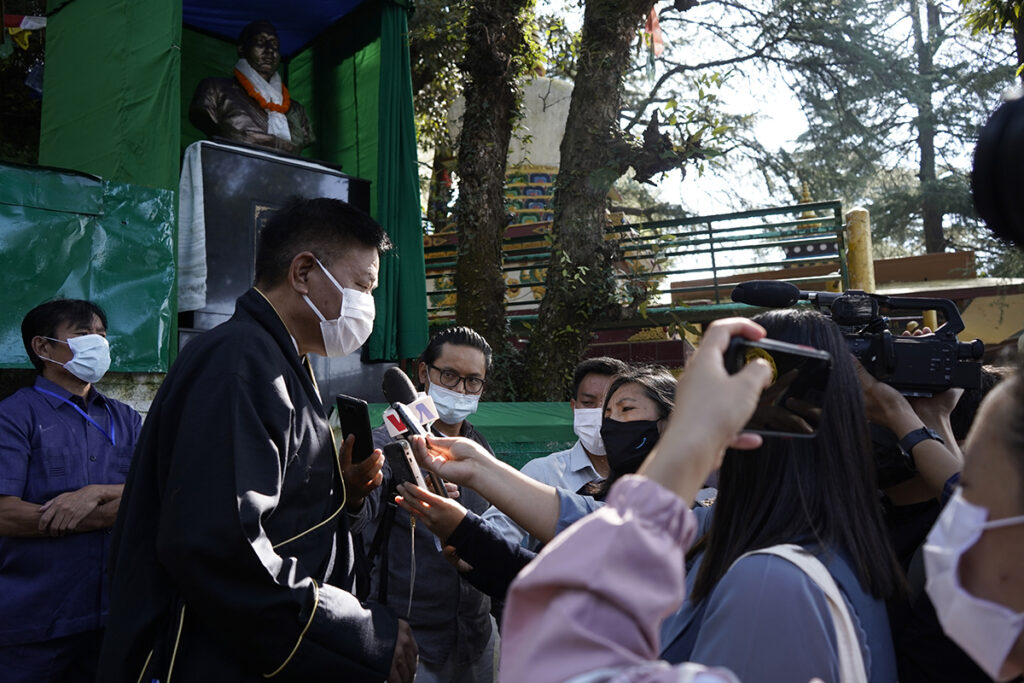 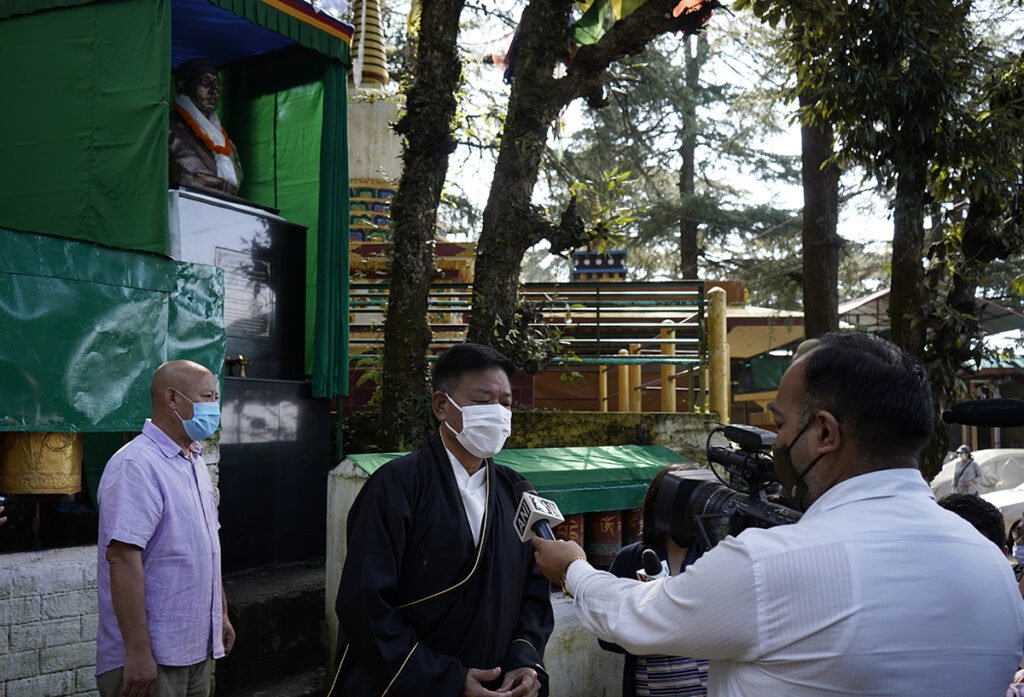