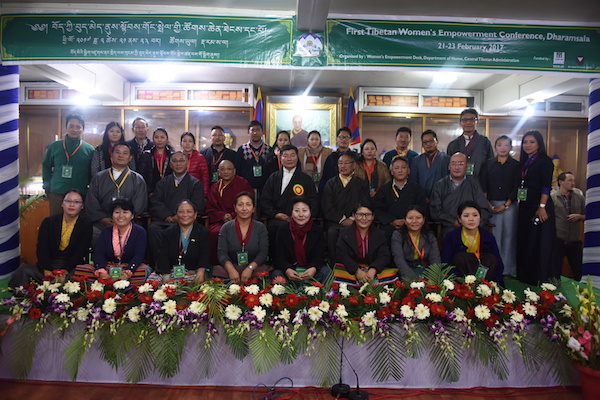 Sikyong Dr Lobsang Sangay and members of the 15th Kashag with members of the organsing committee of the first ever ‘Tibetan Women’s Empowerment Conference’ on 21 February 2017.

The three-day Tibetan Women’s Empowerment conference–an undertaking of Women’s Empowerment Desk of Department of Home­–witnessed an awe-inspiring attendance of more than 340 participants, including Tibetan nuns, lay women and men, from across the social and political spectrum.

Unveiling its premier Women’s Empowerment Conference, Sikyong Dr Lobsang Sangay said that the organisation of the conference is a step in the right direction to carry forward the shared vision of His Holiness the Dalai Lama and the Central Tibetan Administration to promote leadership and compassionate qualities of women in social and political development of the Tibetan community.

Highlighting the consistent increase in representation of women in Tibetan administrative bodies, Sikyong said that the vision of the conference is aimed beyond gender equality and on furthering women’s role in all socio-economic and political activities.

“The Charter for Tibetans in exile and CTA rules and regulations provide for equal opportunity for men and women. Women parliamentarians were elected as early as 1964 when even some advanced economies still did not have women parliamentarians. In fact, today women constitute over 20% of the elected representatives in the Tibetan parliament. Women now make up forty-five percent of the overall workforce of the Central Tibetan Administration (CTA). Forty-eight and sixty percent of the staff of Education and Health departments respectively are women. Over half of all new and incoming CTA staff are women,” Sikyong prided.

As part of its commitment on women empowerment, the Tibetan political leader also announced that 12 March on every year will formally be observed as Women’s day. “The observance of Tibetan Women’s Day on 12 March will reflect the collective will of the Tibetan leadership and people to accelerate the Women’s Empowerment Policy agenda. Also with the implementation of affirmative action through various upcoming initiatives, the departments of CTA will continue to prioritise Tibetan women’s empowerment initiatives as its flagship agenda,” he said.

Introducing the background and objective of the three-day conference, Kalon Sonam Topgyal Khorlatsang of the Home Department said the conference aims to rake in intellectual and public discourse on the understanding of the revised ‘Women’s Empowerment Policy’ and to garner recommendations on the effective implementation of the clauses of the policy. He further highlighted His Holiness the Dalai Lama’s emphasis on promoting women’s leadership in the world, and quoted a recent remark made by His Holiness at a National Women’s Parliament that ‘In order to produce warm hearted and compassionate humanity, women should take more active role in promoting deeper human values. In all professions, we need promotion of values.’

The Home Kalon hoped that the vast participation of over 300 Tibetan women and women will bode well for further scope in empowering our community.

The revised seven-point women empowerment policy was drafted by a committee composed almost entirely of senior women officials of the CTA and was adopted by the Kashag following due consultations and comprehensive deliberations with women from all walks of life including ground level women leaders, students, teachers, nuns, homemakers, etc.

The revised women empowerment policy outlines seven key points in its stated objective of making Tibetan women equal partners in all aspects of Tibetan society. The points include  Women and human rights, Education, Health, Economy, Governance and Leadership, Social, and Sexual and Gender-based Violence (SGBV). On Sexual and Gender-based Violence, the Kashag has promised to adopt a zero tolerance policy. It further promised to sensitise community members on SGBV and establish a redressal mechanism for those who have experienced gender based harassment and discrimination. 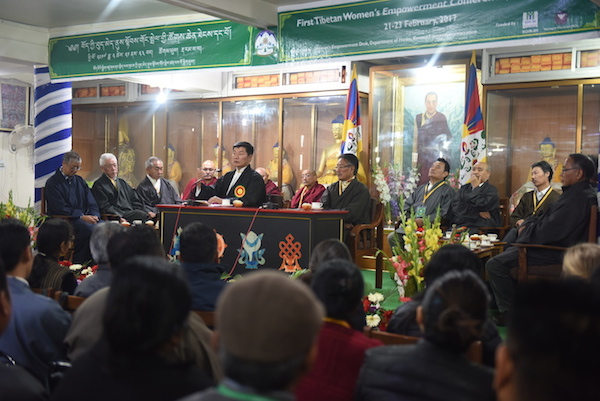