In his address to the Tibetan community of the settlement, he described Dhondupling as a relatively calm and harmonious settlement that has come a long way from the minor troubles that has defined the settlement in the past. Sikyong then recounted a brief background on how the settlement was founded and the efforts of the elder generation of Tibetans.

Speaking about harmony, Sikyong spoke about accepting each other’s differences to create a harmonious society especially in a democratic set up like ours. “It is not possible for everyone to think alike. If that is so, then there won’t be any disagreements. Since everyone is capable of and entitled to their opinions, we should accept each other’s difference in opinions especially when we are all Tibetans of the same nation,” he said.

Sikyong highlighted His Holiness the Dalai Lama’s immense contribution towards creating a single Tibetan national identity among Tibetans of all three provinces since coming into exile. Describing this achievement as a historic feat, Sikyong said this single national identity of Tibetans was unprecedented since the imperial period. “Tibet’s military strength was a reality during the imperial period. Tibet’s emperors used to rule vast territories spanning from Xian in China to Samarkand in Uzbekistan. However, the strength and might of the nation decreased over time. Under the Ganden Phodrang government, Domey region was not under its jurisdiction. Nor was the Kham region that lie to the east of Drichu river. So, it is a historic achievement that we now share a single national identity,” he noted.

Speaking about the Rangzen vs Uma (Independence vs Autonomy) debate, Sikyong emphasized that our main adversary is China and we should focus our efforts on China, not on each other. He further highlighted the many achievements of the Middle Way Approach (MWA) such as facilitating renewed contacts between exiled Tibetans and those inside Tibet as well as the Sino-Tibetan negotiations. He explained that many Chinese intellectuals from within China also applaud and support the Middle Way Approach to resolve the Sino-Tibetan conflict. He called on Rangzen advocates to talk about the Middle Way Approach in their meetings with foreign dignitaries. “As the MWA is the official stand of the CTA and His Holiness the Dalai Lama, Rangzen advocates should first explain the MWA. After that, they can talk about their own individual or organisational position of Rangzen,” he advised.

Speaking on the efforts of the Kashag, he said different Kashags will have different strategies but the varying strategies converge in terms of policy i.e seeking genuine autonomy for Tibetans based on the Middle Way Approach. “We cannot resolve the Sino-Tibetan conflict without engaging in dialogue with China. From that perspective, I think the Middle Way Approach is the most realistic course of action to resolve the conflict,” he said.

Sikyong also talked about the responsibility that comes with freedom in a democracy. “Just because we have freedom in a democracy doesn’t mean we can say anything without any responsibility. We should understand the responsibility that comes with freedom and exercise our caution and wisdom before passing comments on issues facing the community,” he said. “For instance, during the Tibetan parliamentary stalemate, some have complained that the Kashag didn’t intervene to resolve it. The Kashag didn’t intervene because the Kashag doesn’t have the constitutional (Charter) authority to intervene because of the division of authority enshrined in the Tibetan Charter. It is important to understand the Charter and the jurisdiction enshrined in it before making comments and fanning misinformation in society,” he conlcuded.

The talk was followed by a brief question and answer session. 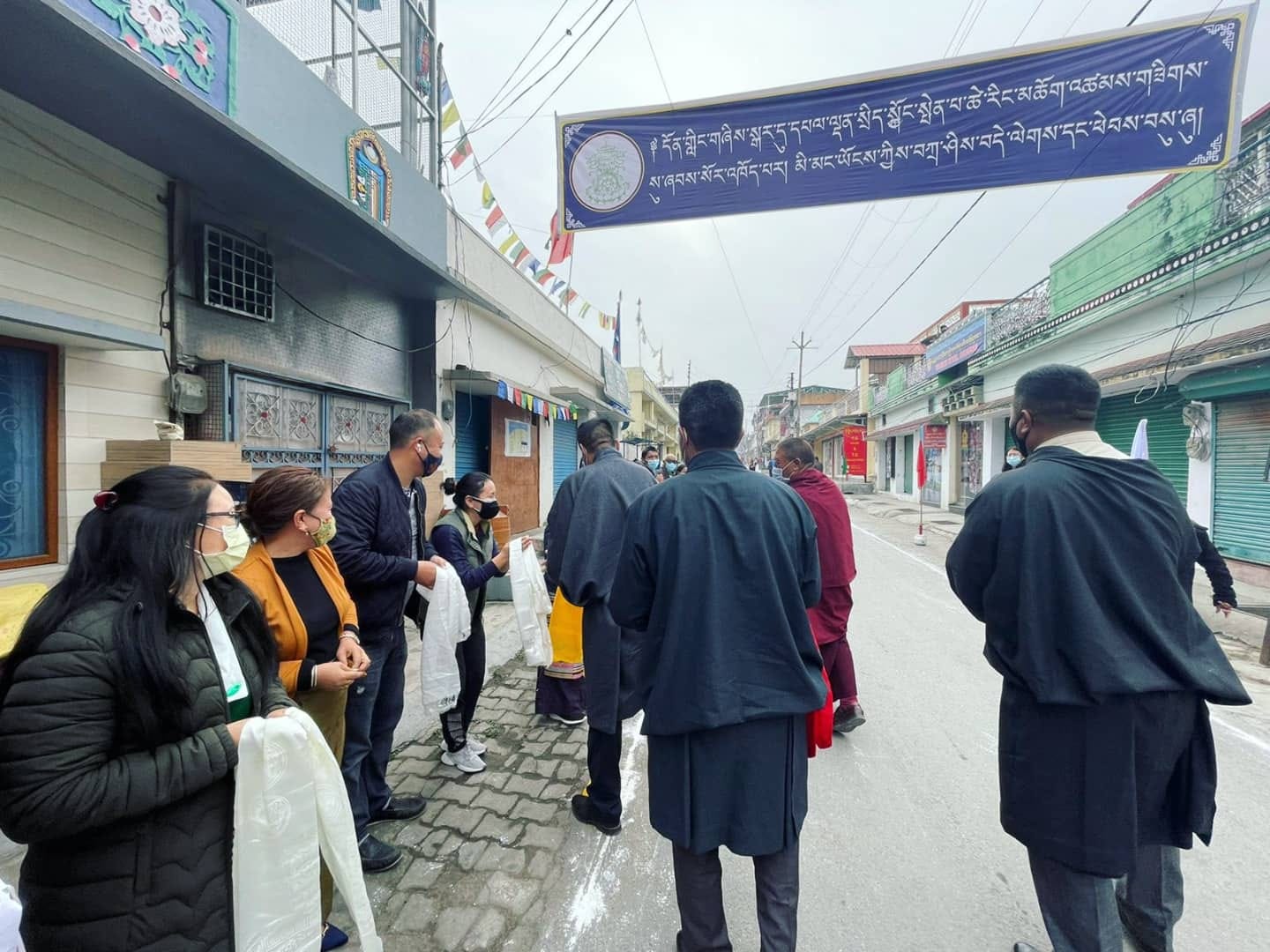 Sikyong being welcomed to Dhondupling Tibetan settlement in Clement Town, Dehradun on 1 December 2021. 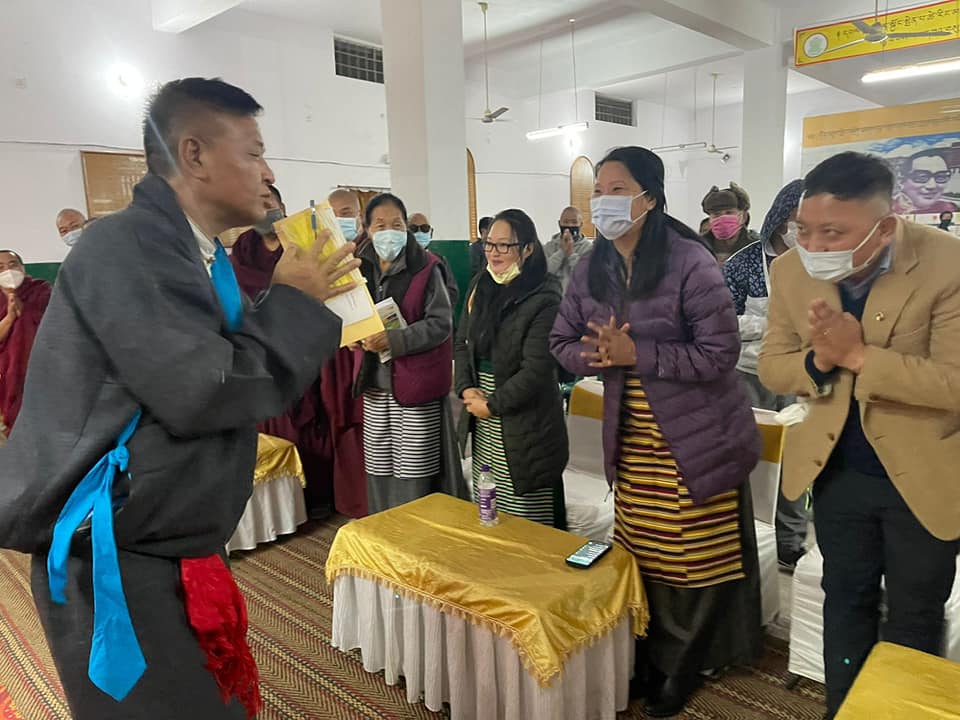 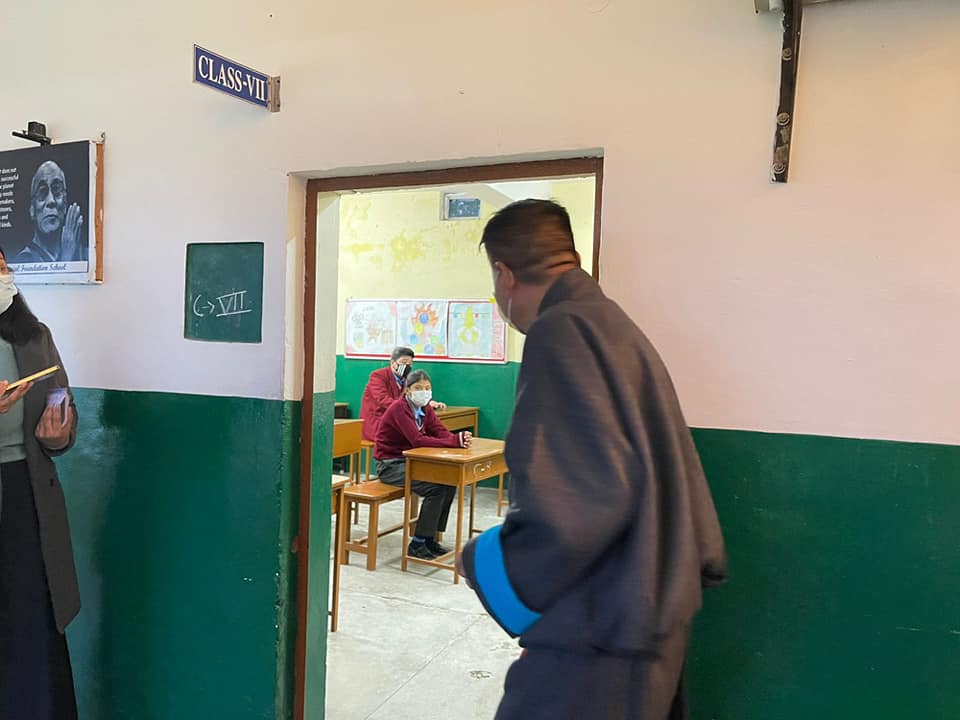