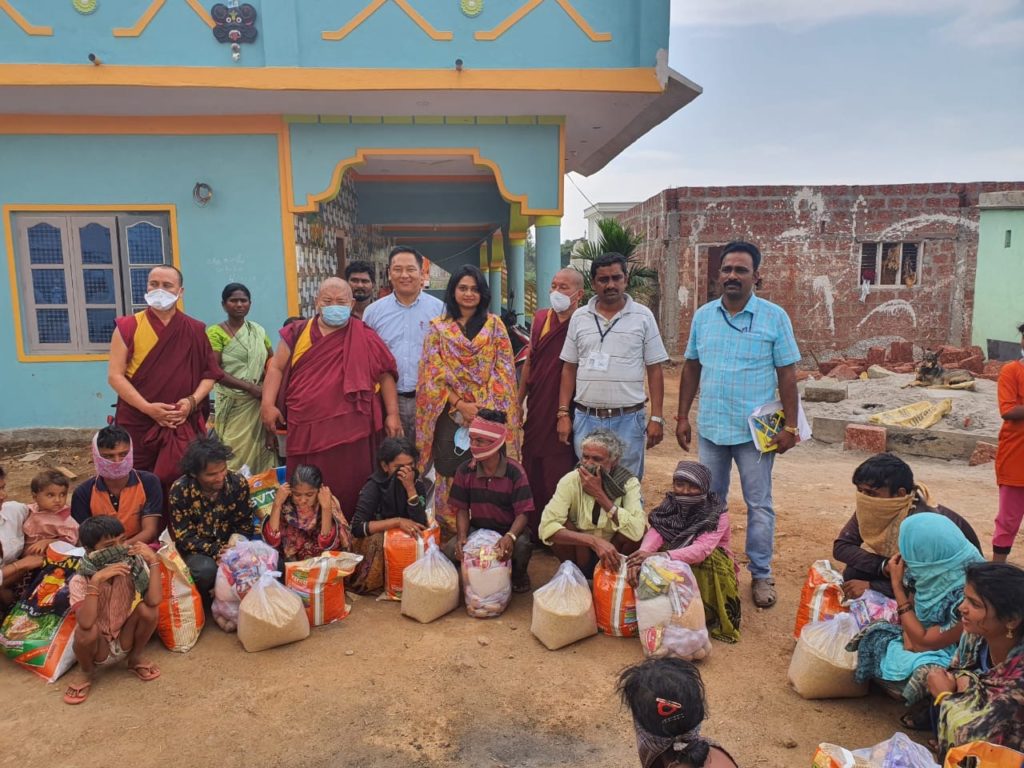 The two Sera monasteries contributed total ration worth Rs 18 lakhs to the poor within the Indian communities and Tibetan settlement.

The recipients are daily wagers who were affected by the shutdown of business activity in the lockdown. Mr Prasana, son of local MLA, Sub Inspector Ms Saavi, Panchayat members took part in the ration distribution, along with the local settlement officer, Thupten Tsering, Geshe Lobsang Yignyen of Sera Jey, Geshe Palden of Sera Mey -led Main Office and Monastery staff.

The initiative began on April 4. As per the request of Periyapatna Taluk Office, the Sera monasteries and Sera Lachi Office combined efforts to distribute ration to 70 migrant workers stranded in the Taluk. On 16 April, at Taluk Office, a meeting was held led by MLA Shri Mahadeva, attended by Lugsam Settlement Officer, Thekchok Namdroling Secretary, Sera representatives where the MLA and Tehsildar expressed their heartfelt gratitude to the Tibetan administration and the Indian central government for the generous contributions during this emergency.

In addition, the MLA in coordination with the Tehsildar’s Office requested 4000 litres of edible oil for 4000 designated poor in 217 villages under its administration as per the ration distribution plan. Accordingly, Thekchok Namdroling, Sera Lachi and the Sera monasteries have decided to collectively donate supplies to the Taluk Office tomorrow.

Similarly, on April 8, Sera Jey middle school in coordination with the Settlement Officer and the Police Force provided ration to 300 designated poor in the neighbouring community.

As reported on 16 April, Lugsam Settlement Officer, representatives of Namdroling and Sera monasteries, visited the CM and were able to personally hand a cheque worth of Rs 51,90,649.00. The total amount is made up of combined donations- with 5 lakhs from His Eminence Gaden Tri Rinpoche to the PM’s Relief fund and CM, 20 lakhs from Thekchok Namdroling, 2.5 lakhs from Sera Lachi, 8 lakhs from Sera Mey, 11 lakhs from Sera Jey, 2.6 lakhs from Sera Jey’s health committee, Sera Jey middle school’s staff one-day pay 19,620 and others amounting to a total sum of 2,69,620, including personal donations from monks of 911,029. Apart from that, Sera Jey’s Ngari and Drati Houses have made donations through bank to express their solidarity to the relief efforts for COVID-19.

Heeding to the call of Indian government and Central Tibetan Administration, the institutions and public of Lugsam Settlement has contributed Rs. 64,00,649.00 in National and States Covid-19 Funds, spent or pledged to spend Rs. 28,65,000.00 for distribution of rations and other necessary articles to local poor people. Therefore, in total they are spending around Rs. 92,65,649.00 in an efforts to show solidarity with India’s fight against Wuhan virus and to express heartfelt gratitude for the kindness that the Tibetan people have enjoyed since coming to exile in 1959 and settling down in South India in 1960. 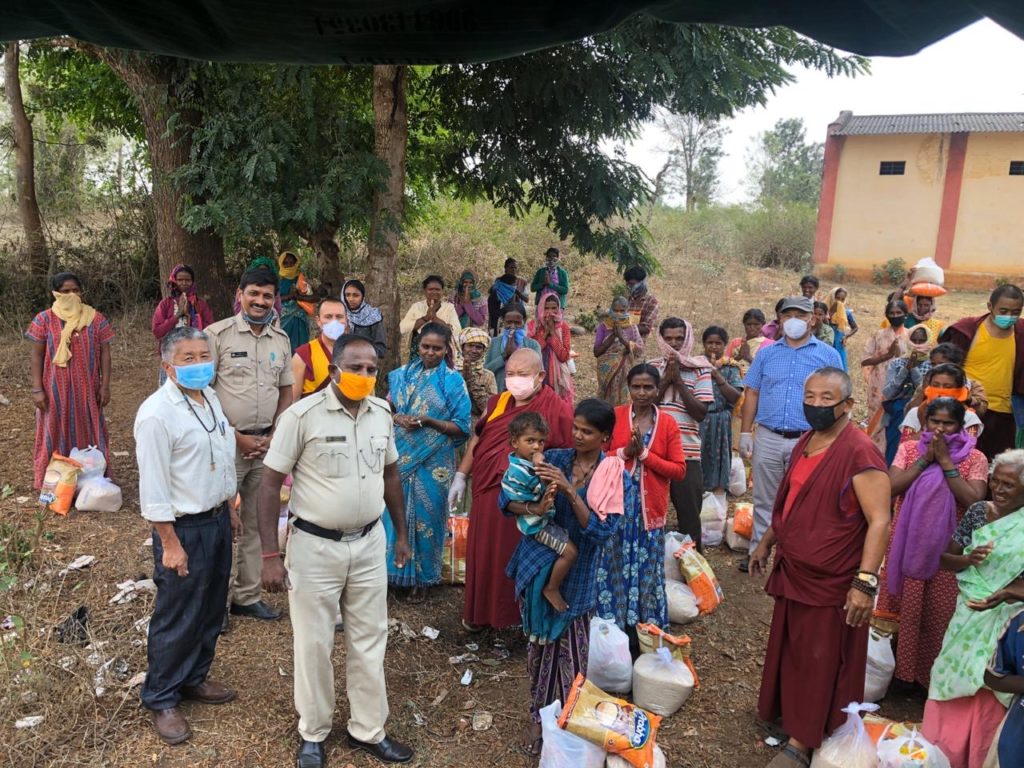 Distribution of dry ration sponsored by Sera Mey and Sera Jey to the locals. 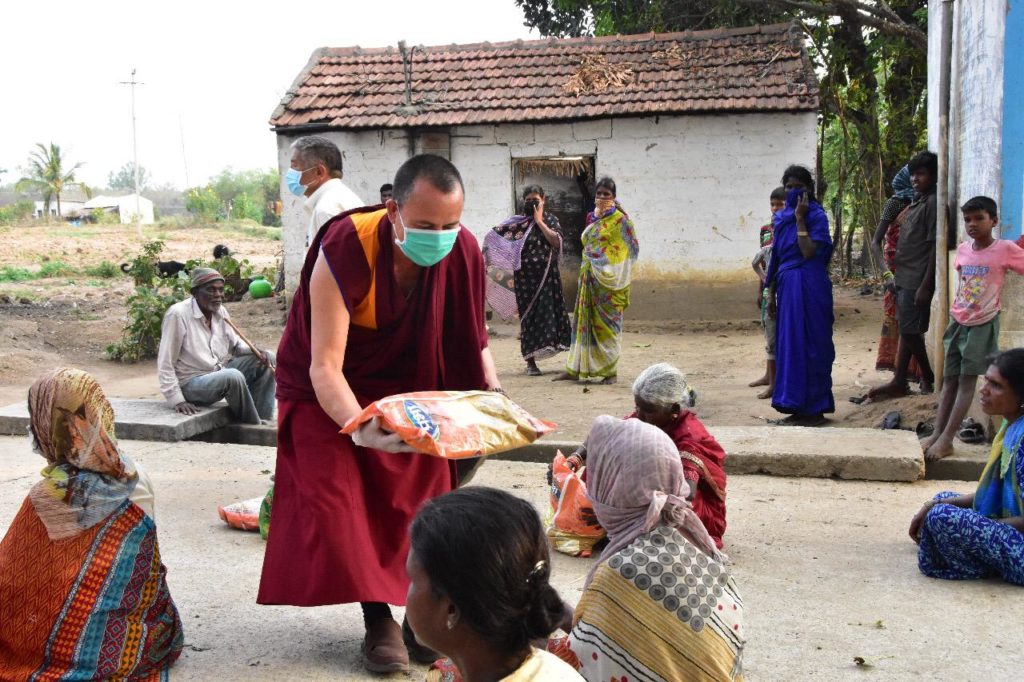 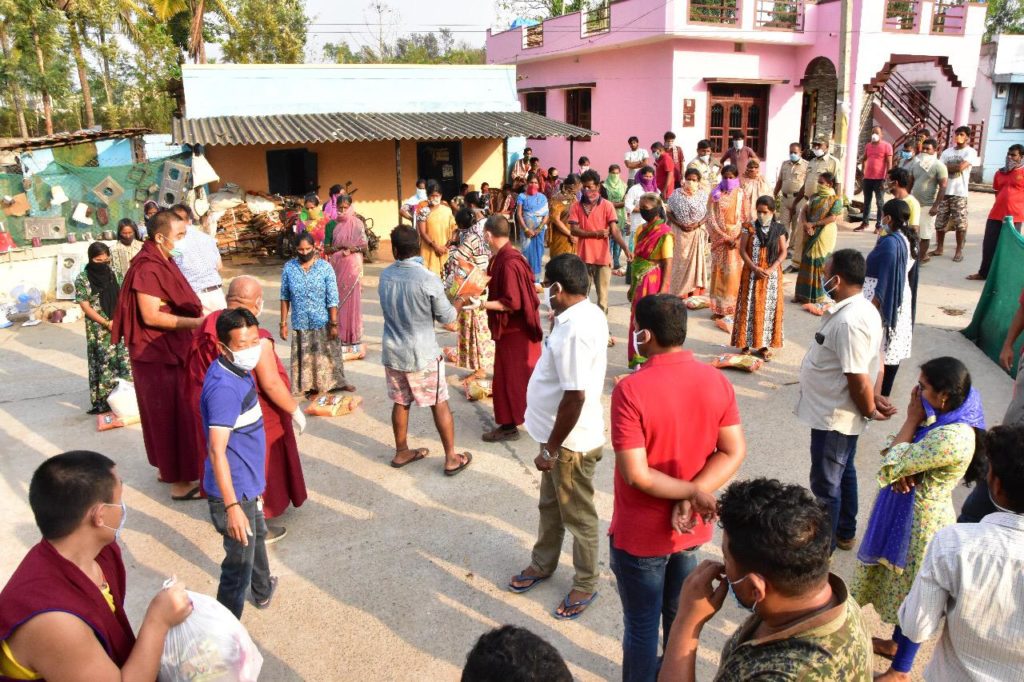 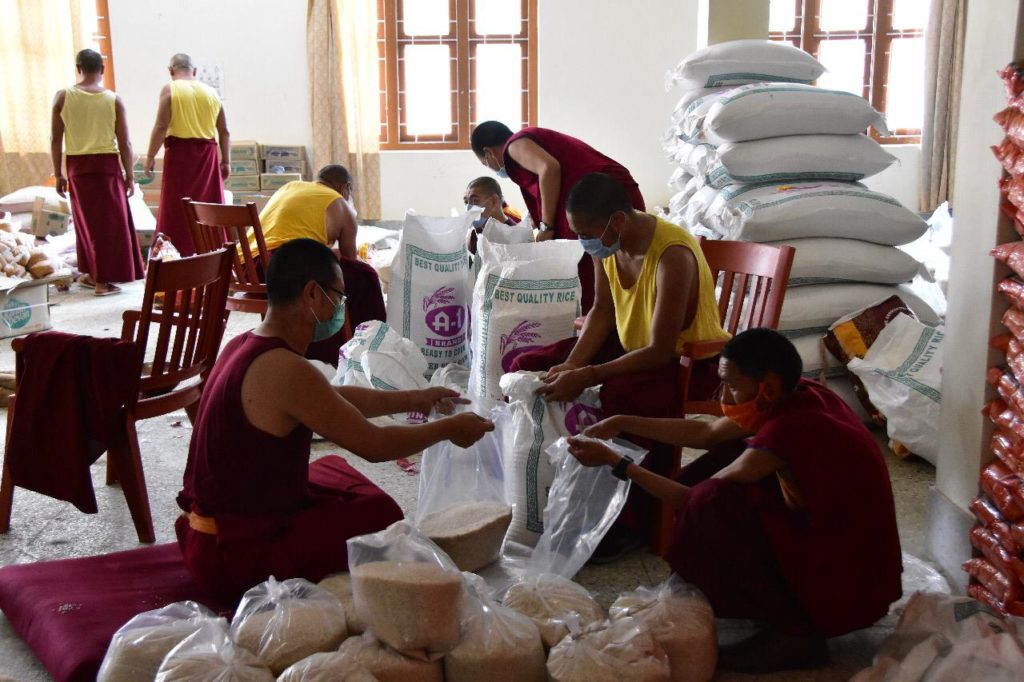 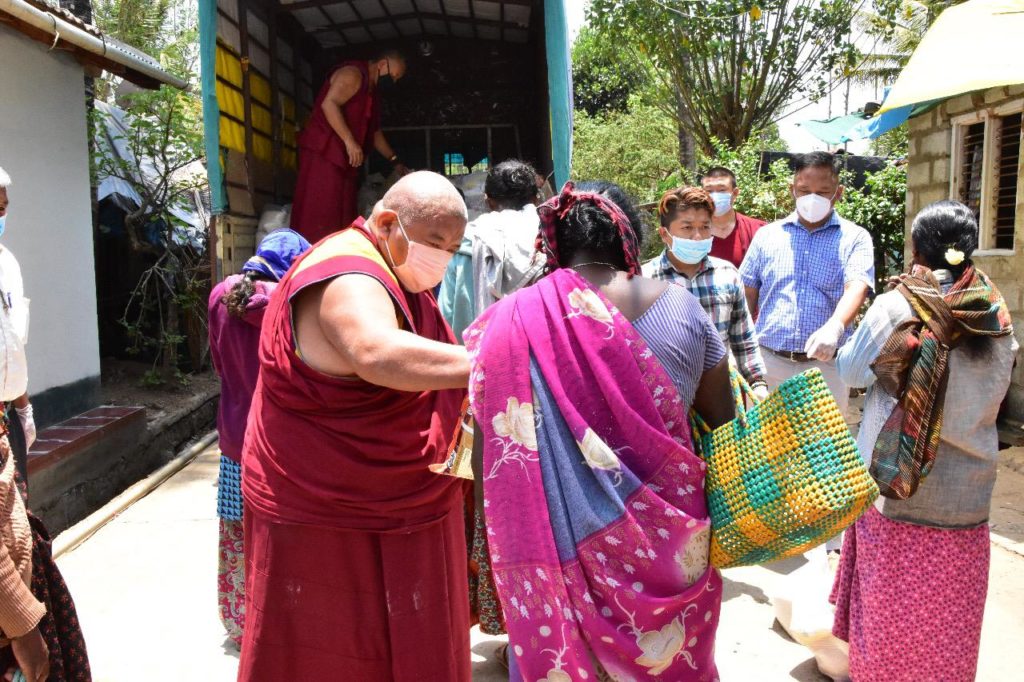