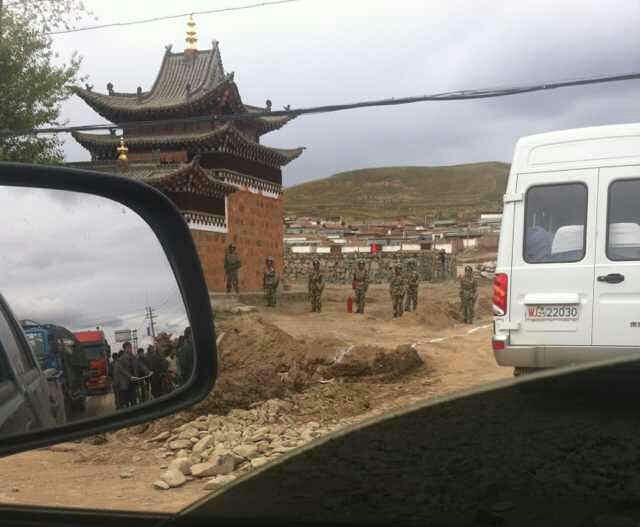 A Tibetan man has died after setting himself on fire in protest against the Chinese government near Tsoe Monastery at Tsoe in north-eastern Tibet’s Kanlho prefecture (Ch: Gansu Province).

Tamdin Dorjee, 52, set himself on fire around 1:00 PM (Tibet time) on Saturday (13 October). His body was later taken to his home, following which a prayer service was conducted by monks at Tsoe Monastery. Local Tibetans are visiting his home to pay their last respects.

The Chinese government has sealed-off the monastery by deploying a large of number of paramilitary forces in and around the monastery.

Tamdin Dorjee is reported to be grandfather of the 7th Gunthang Rinpoche, who is one of the most revered religious leaders in north-eastern Tibet’s Amdo Province.

This is the third self-immolation incident in Tsoe after Dolkar Tso, 26, and Sangay Gyatso, 27, set themselves on fire and died on 7 August and 6 October respectively.

55 Tibetans have now set themselves on fire since February 2009, out which 45 died. All the self-immolators have shouted slogans demanding freedom for Tibetans and the return of His Holiness the Dalai Lama to Tibet.