Washington: On the invitation of Friedrich Naumann Stiftung, Secretary Tashi Dhondup of Washington’s Office of Tibet attended a luncheon discussion on MegaTrends in the 21st Century at the Willard InterContinental Hotel yesterday.

Following the discussion, Secretary Tashi met with Professor Andreas Pinkwart, Minister of Economic Affairs, Innovation, Digitalization and Energy of the State of North Rhine-Westphalia, Germany, and presented him a CTA’s publication “Tibet was Never a Part of China But the Middle Way Approach Remains a Viable Solution.”

Secretary Tashi solicited Minister Pinkwart’s support to persuade the Chinese Leadership’s about the win-win proposal of MWA and urged his intervention for resumption of the dialogue with the representative of His Holiness the Dalai Lama to resolve Tibet’s issue. The Minister assured to do his best.

Minister Pinkwart had met His Holiness the Dalai Lama at the University of Munster some time back and greatly admires His Holiness.

Around 40 participants from different organisations and embassies attended the event. The event was organised by Freidrich Naumann Stiftung and American Institute for Contemporary German Studies (AICGS)

–Filed by the Office of Tibet, DC 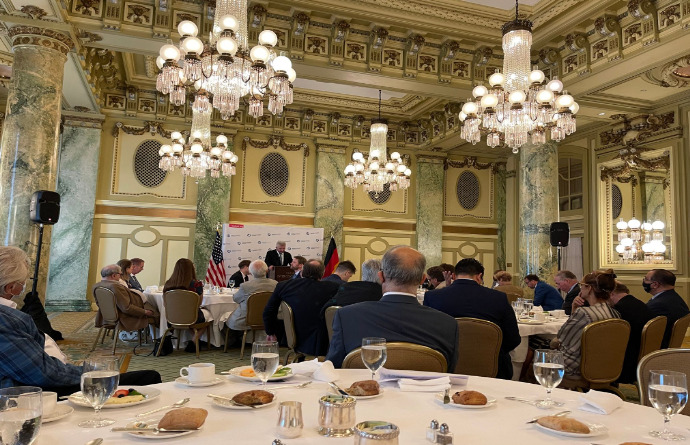