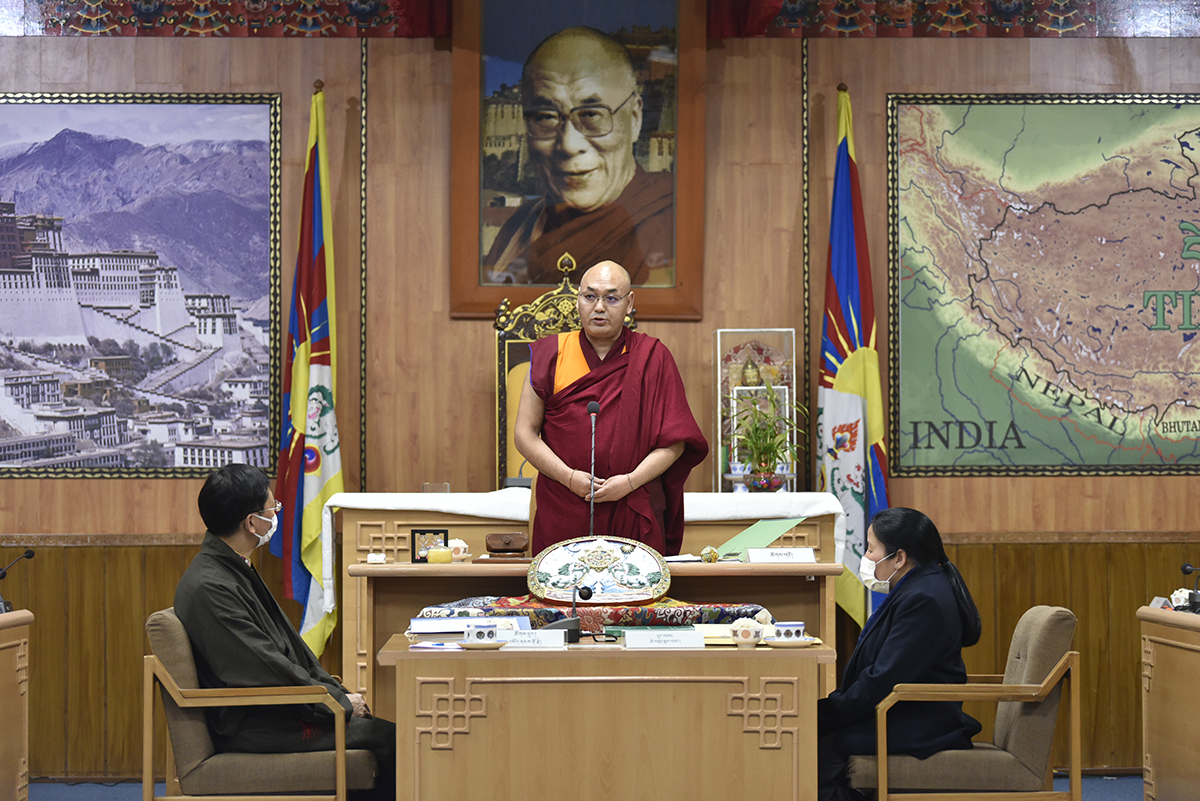 The Speaker of the 17th Tibetan Parliament-in-Exile Khenpo Sonam Tenphel commences the 2nd session of the 17th TPiE. Photo/Tenzin Phende/CTA.

Dharamshala: The second session of the 17th Tibetan Parliament-in-Exile began today in Dharamshala raising issues of urgent public attention to the aggravating situation inside Tibet in light of another recent case of self-immolation of a popular 25-year-old contemporary Tibetan singer Tsewang Norbu.

In his commencement remarks, Speaker of Tibetan Parliament-in-Exile, Khenpo Sonam Tenphel briefed the agenda of the first day of the parliamentary session which include a number of resolutions of official mourning, discussion and approval of the budget followed by Kashag’s clarification and discussion, reviewing of the annual audit report, discussions on legislations followed by a question and answer session.

The Parliament session proposed resolutions mourning the demise of recent Tibetan self-immolator, Tibetan singer Tsewang Norbu who self-immolated in protest against the Chinese government’s continued occupation and repression. Additionally, the parliament also proposed a resolution of condolence to mourn the demise of a beloved spiritual friend of His Holiness the Dalai Lama Desmond Tutu who passed away on 26 December last year. Similarly, it proposed resolutions of mourning for the demise of former Tibetan parliamentarians, Indian and foreign leaders including Shri Virbhadra Singh, 4th Chief Minister of Himachal Pradesh who passed away in July last year, Former Deputy Speaker Tridu Pon Chime Namgyal, and former MP Tseten Norbu.

“Among the resolutions is another significant resolution to extend solidarity to the Tibetans inside Tibet living under strenuous restrictions and repression. Since 2008, such resolutions have become recurrent during the first day of the parliamentary session and the content of these resolutions are crucial whether it be for international policies toward Tibet or China’s Tibet policy. Most importantly, it reflects the deteriorating human rights and environmental situations inside Tibet,” said the Speaker.

Much of the second parliamentary session will cover discussions and deliberations on the annual report of the previous Kashag’s (Cabinet) report of the year 2020-2021. All the seven departments will submit their respective report which will be reviewed and examined by the parliamentarians for answers and clarification.

The Speaker also highlighted the large scale destruction of religion on the rise in the local community of Drango in eastern Tibet where holy statues of Buddha and other deities were relentlessly demolished. Many of the Tibetans involved in opposing this move were either detained or arrested. To highlight the ongoing repression inside Tibet, the Speaker pointed out the prominent case of Tibet’s well-known author and lecturer, Go Sherab Gyatso who was handed a 10-year prison sentence in a secret trial for outspoken advocacy and activism towards the protection and preservation of Tibet’s environment, religion, language and culture. Similarly, many Tibetans like Go Sherab Gyatso have been arbitrarily arrested and sentenced to ludicrous terms.

The five-day second session of the 17th Tibetan Parliament-in-Exile will conclude on 18th March 2022. 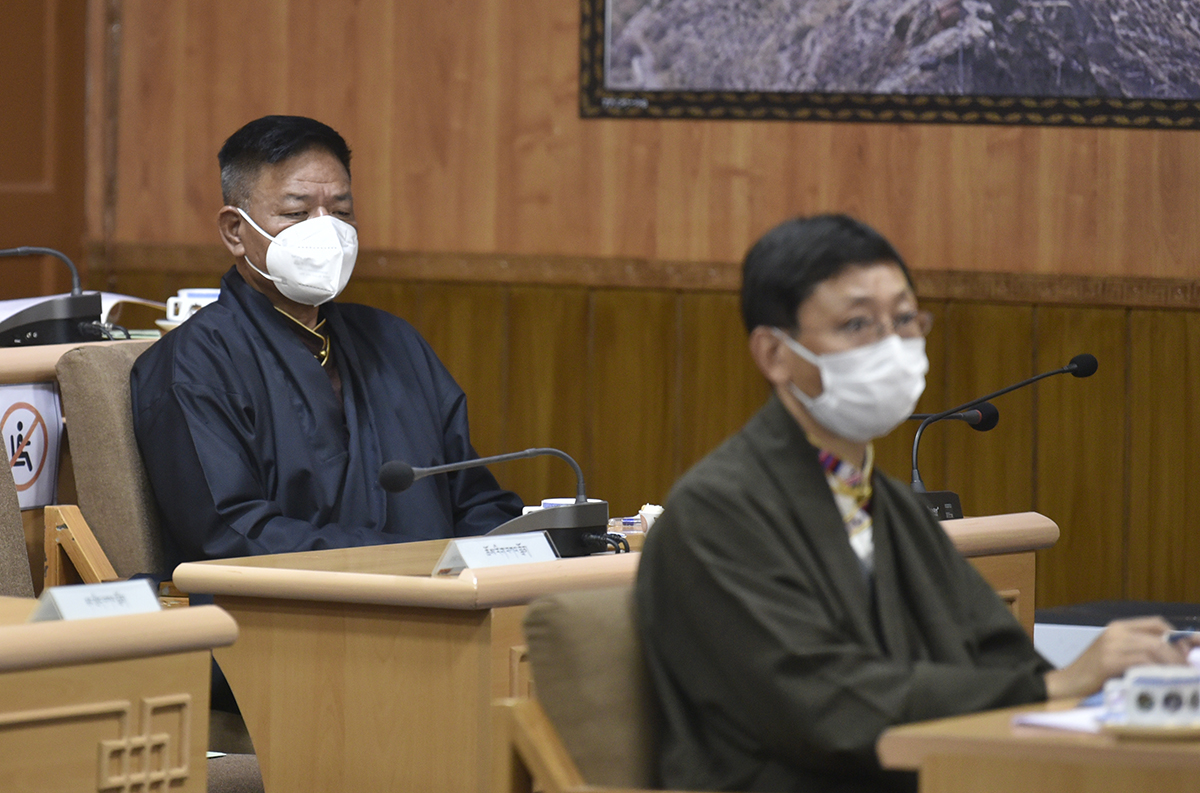 Sikyong Penpa Tsering of the 16th Kashag at the parliamentary session. Photo/Tenzin Phende/CTA 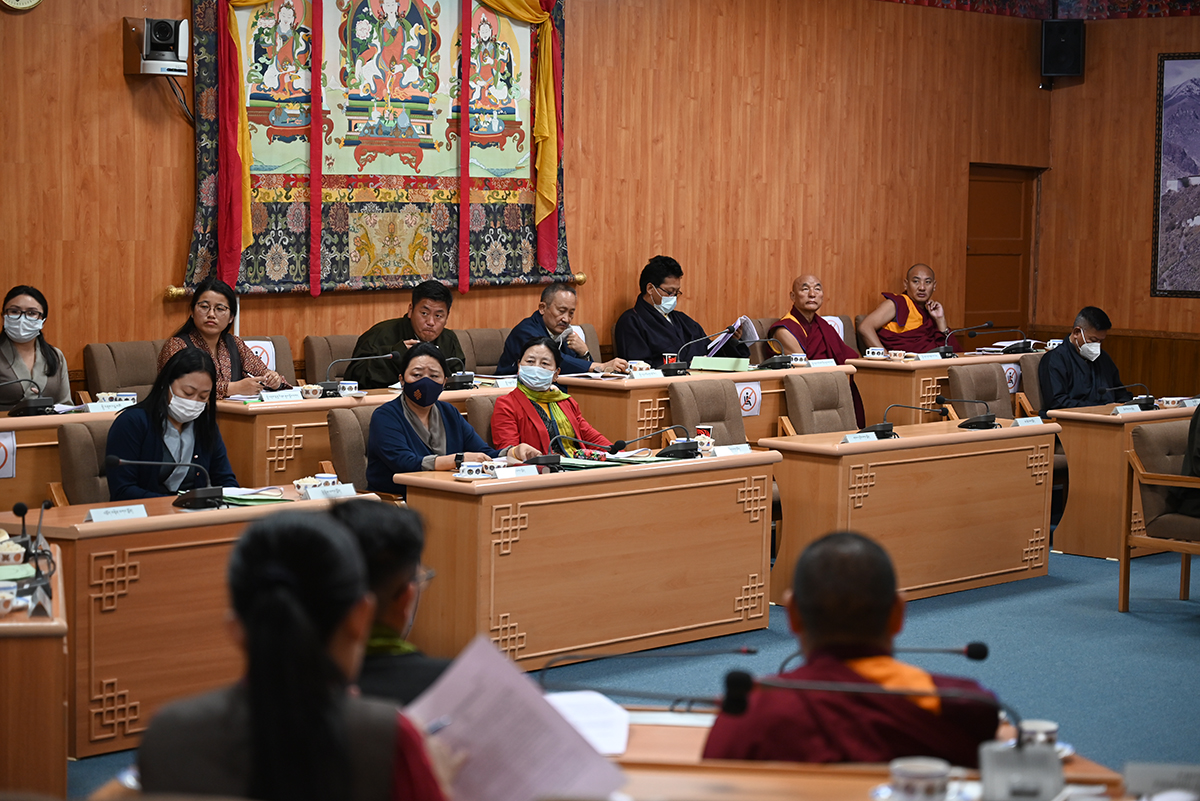 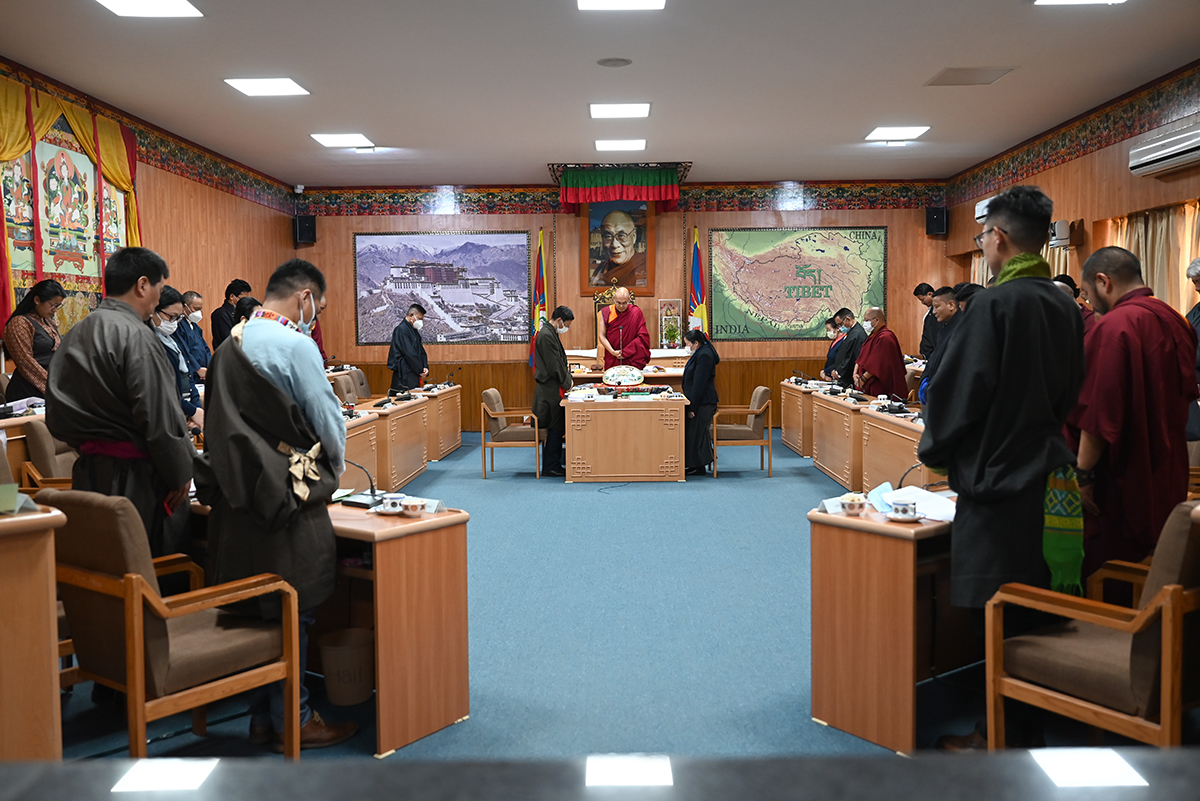 Parliamentarians observe a moment of silence in tribute to the Tibetan martyrs. Photo/Tenzin Phende/CTA