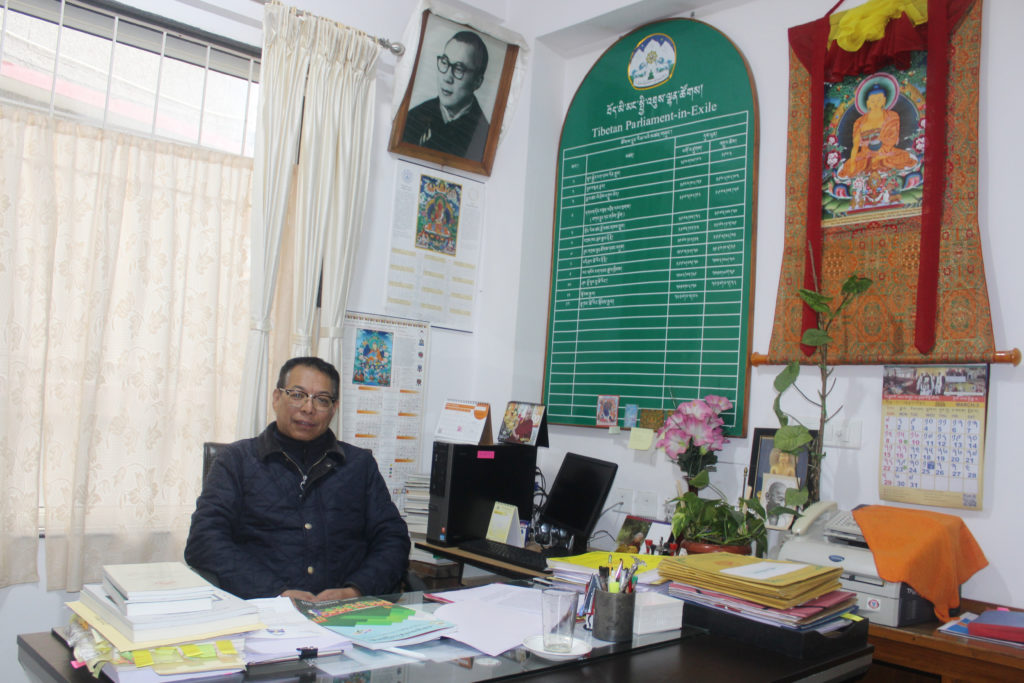 Every first Saturday of the month, DIIR’s Social Media Desk profiles a civil servant of Central Tibetan Administration s a part of its shout-out campaign, This week we are pleased to profile Mr Tsewang Ngodup, Parliamentary Secretary at the Tibetan Parliament in Exile.

Tsewang Ngodup (TN): My name is Tsewang Ngodup. I was born in Darjeeling, West Bengal. I did my schooling from Kalimpong. I joined the Central Tibetan Administration as a civil servant in the year 1989 and since then have been serving in various positions at different settlements and central offices for the last thirty years. Within this span of time, as a civil servant, I got the opportunity to serve as an accountant in Phuntsokling Tibetan Handicraft Centre, Odisha and Multipurpose Tibetan Co-operative Society, Norgyeling Tibetan Settlement, Bhandara, Secretary of Tibetan Welfare Office in Dharamsala, Under Secretary of Public Service Commission, Accounts Officer in Bureau of H.H. the Dalai Lama in New Delhi, Chief Accountant in Department of Education, Settlement Officer in Lugsung Samdupling Tibetan Settlement in Bylakuppe, Joint Secretary during the transfer of schools of the Central Tibetan Schools Administration (CTSA) to Sambhota Tibetan School Administration, Additional Secretary of Health Department and Additional Secretary of Office of the Auditor-General. I also served as a President of Regional Tibetan Youth Congress, Norgyeling Tibetan Settlement, Bhandara from 1st August 1995 to 31st July 1998.

TN: Presently, I am the Parliamentary Secretary. My main responsibilities include working under the supervision of the speaker and the deputy speaker of Tibetan Parliament-in-Exile. I also look after the arrangements and facilitation of all kinds of meetings of the Parliamentarians and particularly of the sessions. I do the documentation of all the important meetings and particularly of the sessions and also keep up with the daily meetings and works with the Executive members including Speaker and Deputy Speaker at the office. I also do the overall supervision of the working of the administration of parliamentary secretariat like the other departments. As a civil servant, I work diligently and honestly towards any responsibilities assigned to me by the Kashag and put my utmost effort to fulfil the goals and aims for the betterment of CTA.

TN: I was inspired by His Holiness the 14th Dalai Lama’s enlightened and visionary leadership. Moreover, by learning the hardships experienced by His Holiness and the first generation of Tibetan refugees, it truly drives me to serve the CTA. The dedicated efforts put in by my grandparents to preserve and promote the rich Tibetan cultural heritage is another inspiration to serve the Tibetan cause and the Tibetans in the diaspora.

SME: What does it mean for you to be a CTA Servant?

TN: I believe that my sincerity, honesty and dedication towards my work will make the difference both in terms of quality and output.

TN:  My role model is, of course, His Holiness the 14th Dalai Lama. He is the inspiration, guide, protector and the pillar of hope of every Tibetans as well as humanity around the world.

SME: What is your piece of advice for young Tibetan serving or wishing to serve at CTA?

TN: We should serve the CTA wholeheartedly with utmost devotion, sincerity, and honesty. The sincere dedication of the first and second generation of our exiled Tibetan leaders and His Holiness the 14th Dalai Lama’s visionary guidance and advice should be our guiding stars. 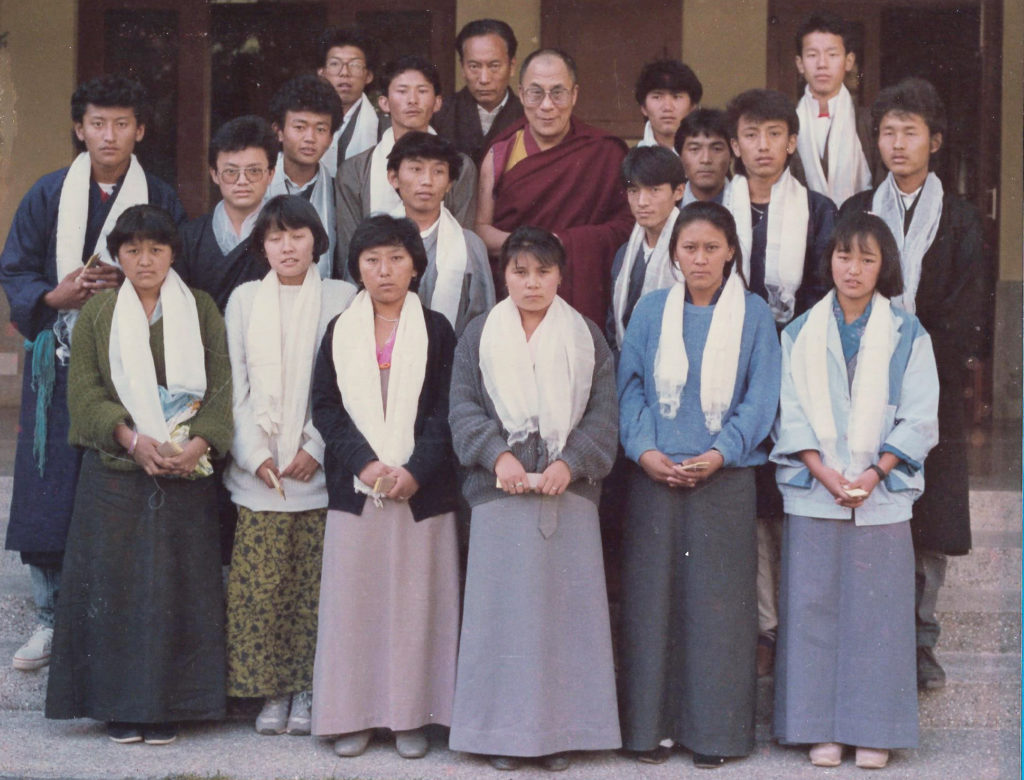 Trainees of Accounts and Book Keeping group photo with His Holiness the 14th Dalai Lama at his residence, Dharamsala, 1988. 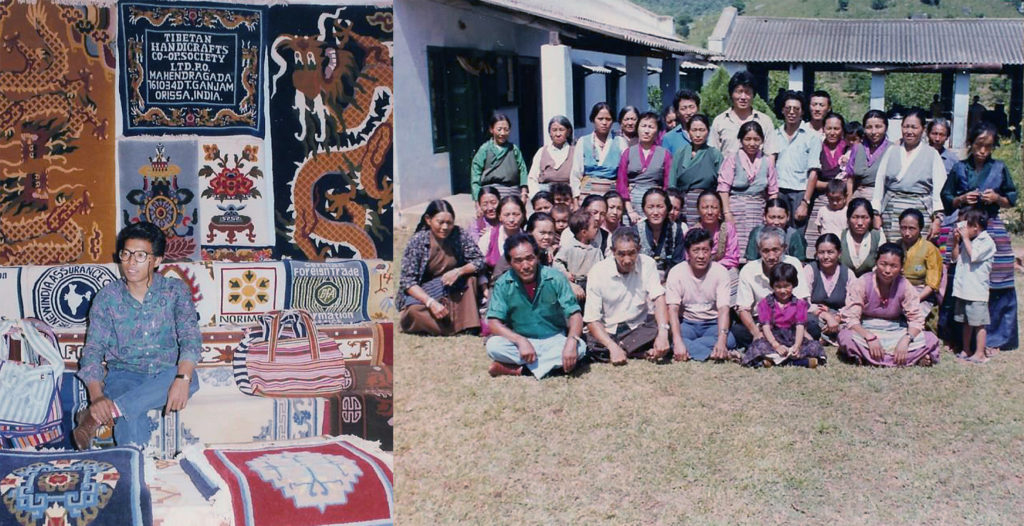 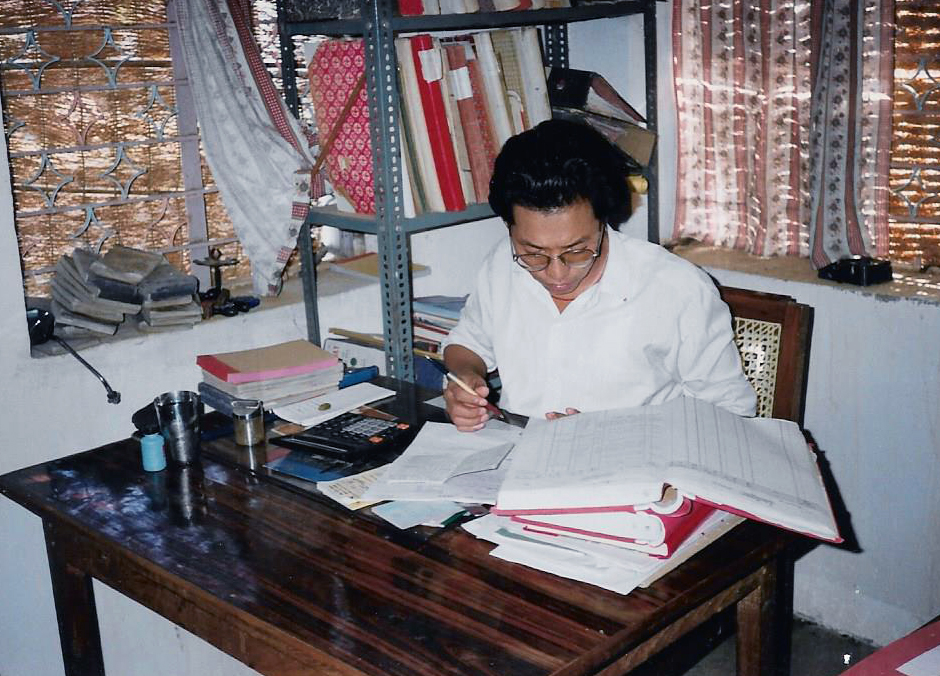 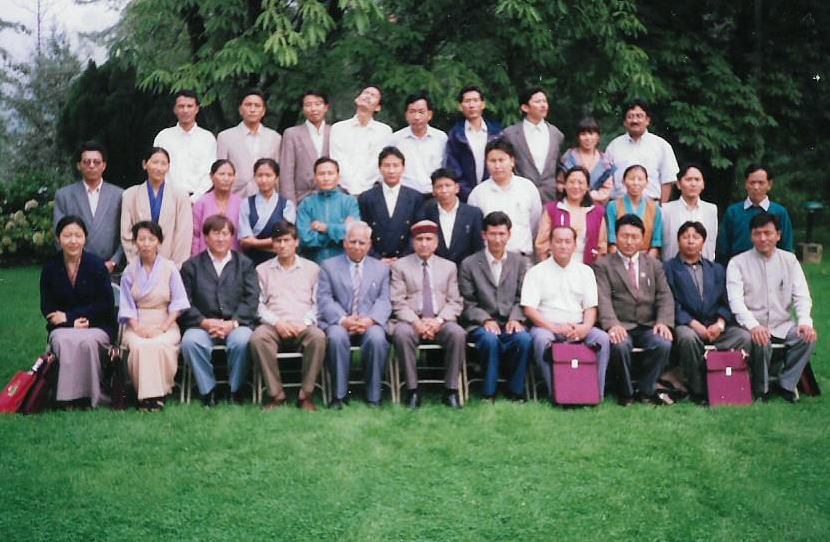 Mr Tsewang Ngodup with participants of the Programme on General Management for Officers at HIPA, Shimla, 1998. 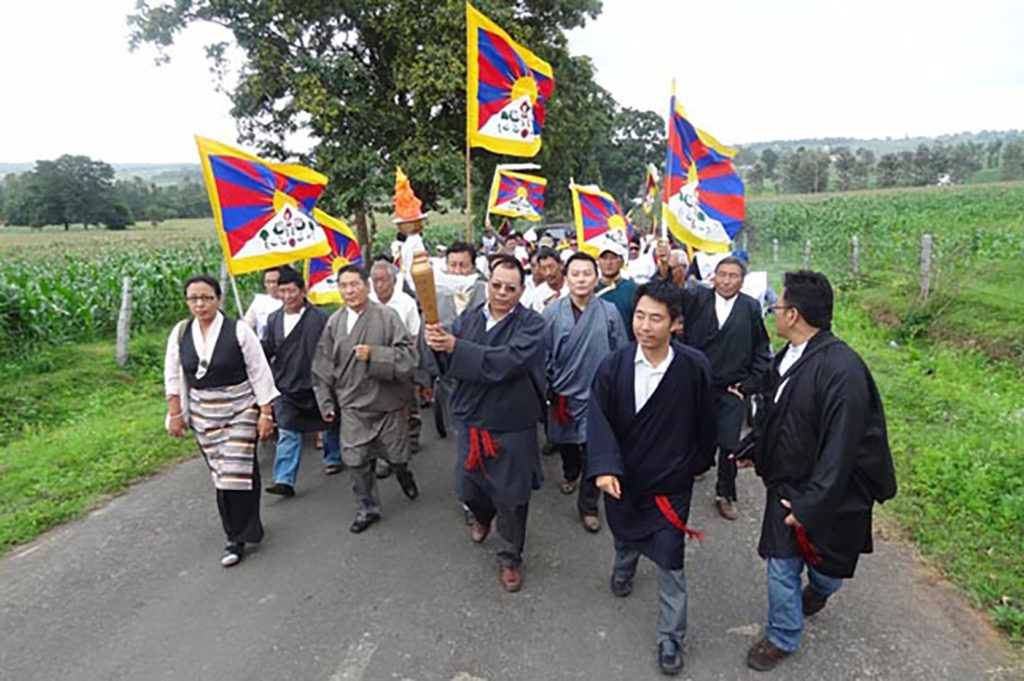 Exile Tibetans march with the “Flame of Truth” torch relay in Tibetan settlement of Bylakuppe on 20 July 2012. The torch relay was launched in the Kochi city in Kerala on 6 July 2012. 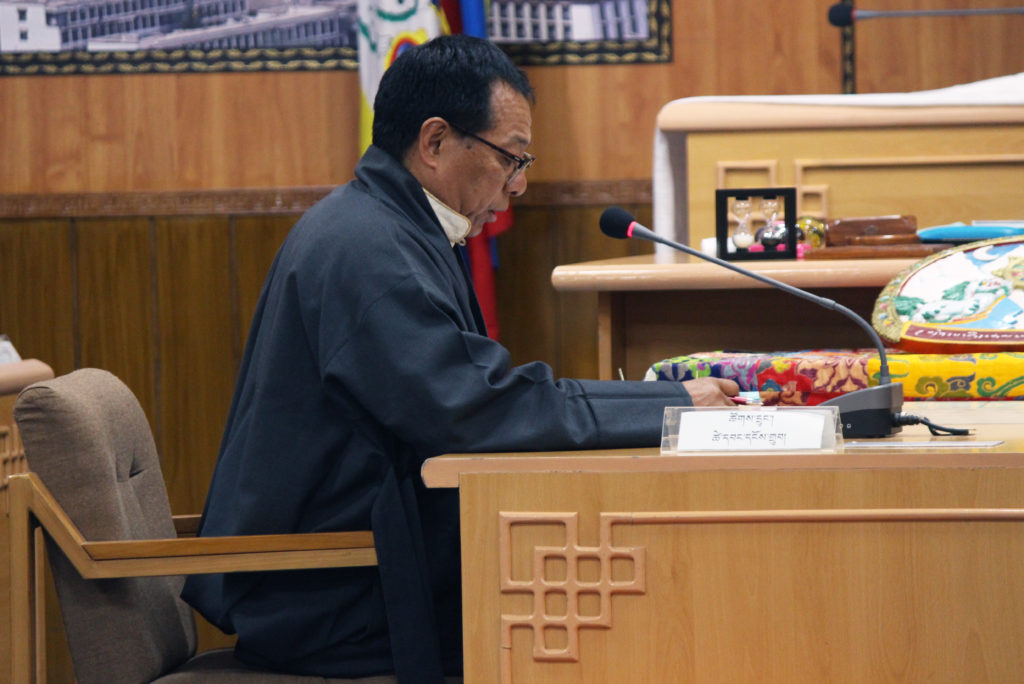 Mr Tsewang Ngodup, now the Parliamentary Secretariat of the Tibetan Parliament in Exile.