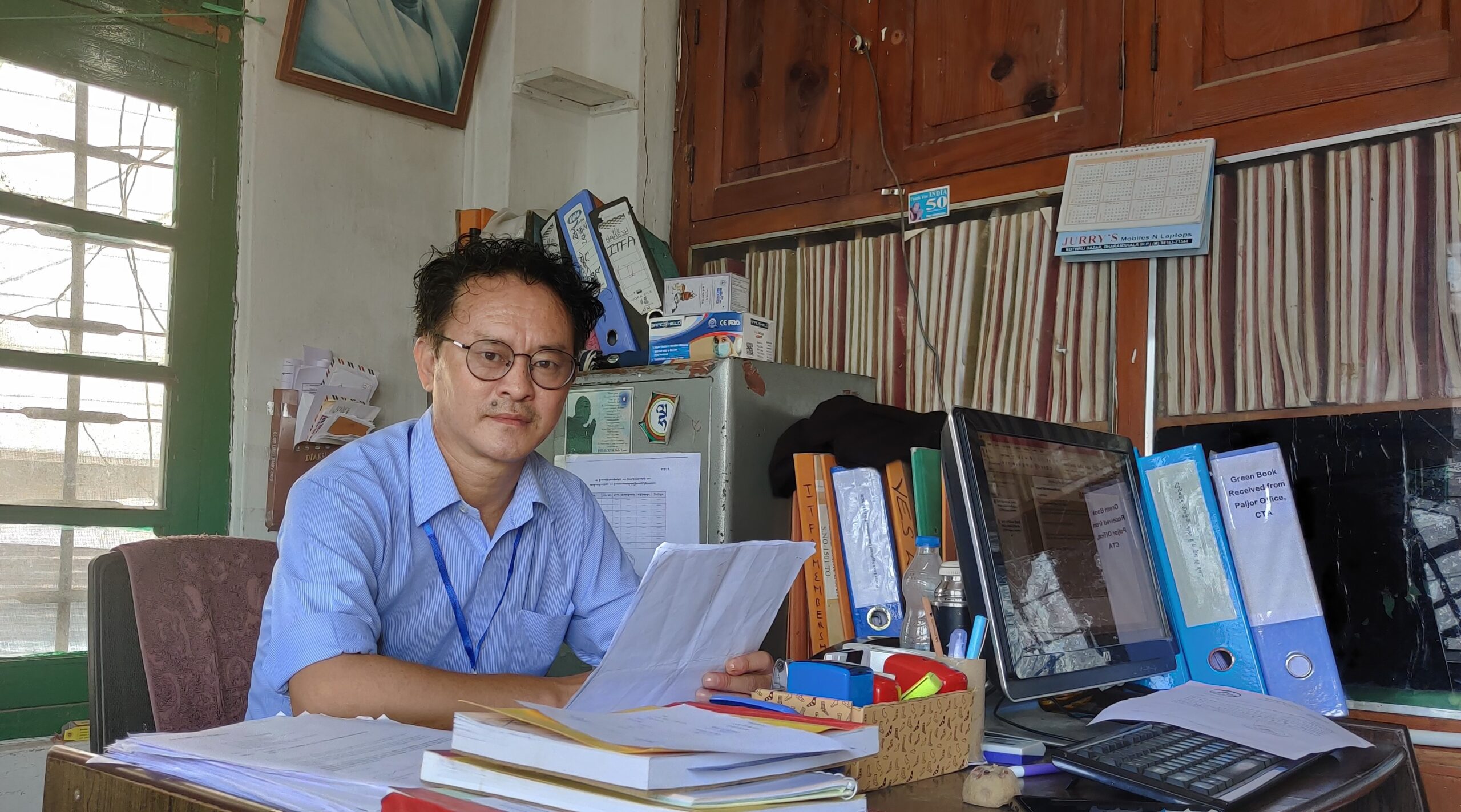 Every first Saturday of the month, as a part of its shout-out campaign, DIIR’s Social Media Desk will be profiling a civil servant of Central Tibetan Administration. This week we are pleased to profile Office Secretary Namgyal Dhondup, Dharamshala based Tibetan Settlement Office.

Social Media Executive (SME): Could you tell me briefly about yourself?

ND: I was born in Dharamsala, Himachal Pradesh, India. I did my schooling from CST Dalhousie. And I graduated from Punjab University in Chandigarh. Soon after completing my bachelor’s degree,  I joined as a primary teacher at Tibetan Institute of Performing Arts (TIPA).  One year later, I enrolled myself for Teacher’s Training Course for two years at Upper TCV. After completing the intensive training course, I continued teaching at TIPA for four years. Simultaneously, I worked as sponsorship secretary at TIPA for five years.

With the inspiration and encouragement of my parents, I decided to sit for CTA civil servant examination with mixed feelings of nervousness and excitement in 2007. Fortunately, I cleared the exam with the blessings of His Holiness the 14th Dalai Lama and my parents.

I was then posted at Kashag Secretariat. To me, it was a matter of great pride and honour to receive the opportunity to work under the direct guidance of Prof. Samdhong Rinpoche, former Kalon Tripa of Central Tibetan Administration.

SME: Please explain your job description and how best does your work represents you or vice versa?

ND: In 2008, I was transferred to the Department of Health where I rendered my service at Tibetan Torture Survival Program section. The nature of my work was to look after the welfare of Tibetan political prisoners- to rehabilitate them, to provide medical help and counselling. Besides, I also handled the Mental Health program.

I, on behalf of Dept. of Health, CTA also attended, “Asia Regional Conference” on “Access to Justice of Victims of Torture in Rehabilitation” in Manila, Philippines, from 22-26 November, 2011 in Manila, Philippines’ to create awareness on how Tibetan Political prisoners are severely languishing in Chinese prison in Tibet and self immolations happening in Tibet through videos, PowerPoint presentation and distributing books and pamphlets.

There were representatives from 11 Asian countries participating in the conference who were working and fighting for the rights of torture victims in their respective countries.

I was able to organise Mental Health Training at NIMHANS in Bangalore and VIMHANS in Delhi. I also trained mental health workers of Tibetan communities in Dharamshala, India.

In 2012, I was transferred to Gangtok based Tibetan Settlement Office as office secretary. It was my first transfer out of CTA premise in Gangchen Kyishong. After almost a year of my posting, we were able to form the first-ever local Tibetan Assembly in Gangtok.

At the end of 2013, I was transferred to the Department of Home where I worked as an accountant of Nangsi Sakhang section to keep accounts of all the construction and renovation projects. It was a great feeling to be back at Dharamshala to unite with my family.

After almost 4 and half years, I was transferred to the Department of Education under the scholarship section. Since I had experiences of dealing with scholarship and sponsorship-related assignments, it was bit easier for me to work on providing help and maintaining cordial contact with students in India, Nepal and Bhutan,

During the outbreak of COVID-19 in the year 2020, I was transferred to Dharamshala-based Tibetan Settlement Office (TSO) popularly known as Dhasa Dedhon Lekhung (Tibetan Welfare Office). I am currently serving as the office Secretary (Ledrung). This office is one of the busiest offices, which demands you to work beyond the office hours and even on holidays to cater to the needs and welfare of Tibetans scattered in and around Dharamsala. It also needs you to work towards maintaining cordial relationship with local Indian friends.

In addition, I was also assigned as the co-ordinator of Indo-Tibetan Friendship Association (ITFA) in Dharamsala.

At TSO in Dharamshala, for the first time in my career, I had the opportunity to conduct election of Sikyong, (CTA President) and Tibetan Parliament Members (Chitue) and Regional Tibetan Freedom Movement, also called Dhasa Rangden Tsokchung.

Since elections are matter of huge public scrutiny, one has to be meticulous and careful while conducting the elections according to the rules and guidelines of Election Commission.

ND:  Firstly, both my parents have given their lifelong services to the CTA and this inspired me to follow their footsteps. Moreover, as exiled Tibetans who have received precious opportunity to study in Tibetan schools, I have a moral obligation to serve in our community in whichever capacity one can render. My wife is also serving as a primary teacher for over 20 years with sincere dedication towards nurturing the Tibetan children. Secondly, the inspirational and exemplary works of senior CTA civil servants had deeply strengthened my faith in CTA. Lastly, with my will and commitment I was motivated to serve in the Central Tibetan Administration under the blessing of His Holiness the 14th Dalai Lama.

ND:  First of all, I consider it as a matter of great honour and privilege to have this opportunity to serve in the Central Tibetan Administration and the Tibetan community at large. At the same time, I also consider it as a great blessing being a civil servant under the blessing of His Holiness the great 14th Dalai Lama.

ND: Since we Tibetans have tremendous responsibility at this critical juncture of our history, I believe, irrespective of whether you are a civil servant or commoner, we have moral obligation to work towards fulfilling the vision of His Holiness the 14th Dalai Lama of Tibet. I don’t know whether, as an individual, I could make much difference to CTA, but through collective efforts, we can surely strive to achieve the visions of His Holiness the Dalai Lama.

ND: Frankly speaking, my role models are my parents and CTA senior civil servants. During the critical time of our history, the older generation have worked tirelessly with great integrity and sincerity to serve under the vision and guidance of His Holiness the Dalai Lama.

I would like to take this opportunity to thank my siblings and my wife for their sincere support throughout the years and for encouraging me to work even harder for CTA.

SME: What is your piece of advice for young Tibetan serving or wishing to serve at CTA?

ND: During this era of social media and digital world, when everything is available at the click of a button, the youth should rather focus on learning the historical and cultural aspects of Tibet, forming a deep connect with our roots. With such strong fundamental base, coupled with sincerity and integrity, the aspiring civil servants would surely be able to serve in more effective way.

Most importantly, to protect the integrity of His Holiness the great 14th Dalai Lama and having faith in the workings of Central Tibetan Administration is a prime responsibility of every youth. 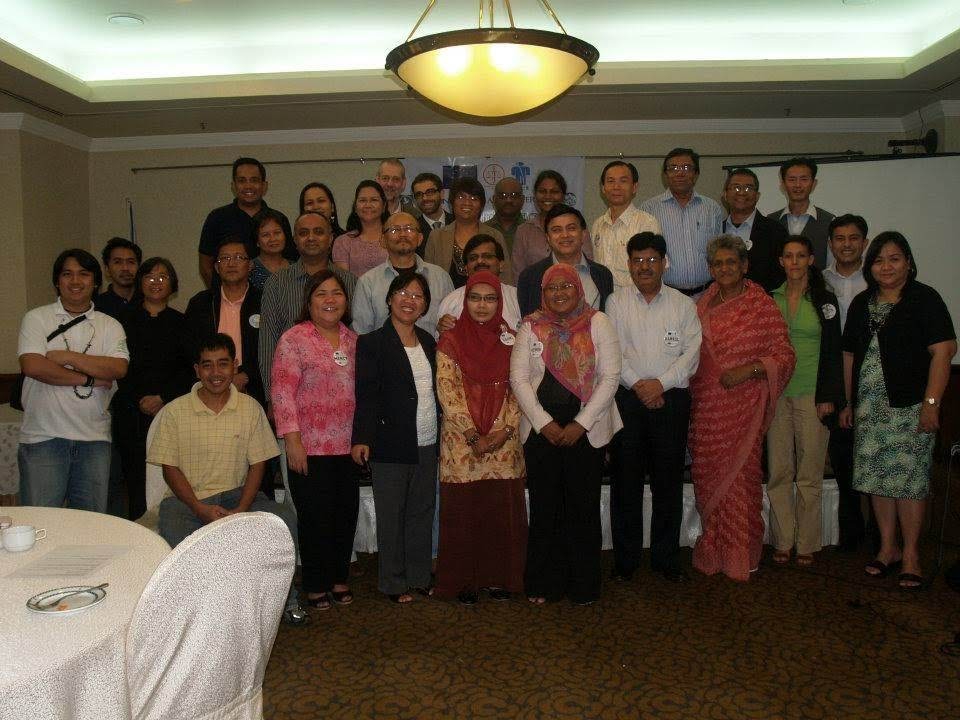 During the workshop for Torture Survival in Manila. Philippines, November 2011. 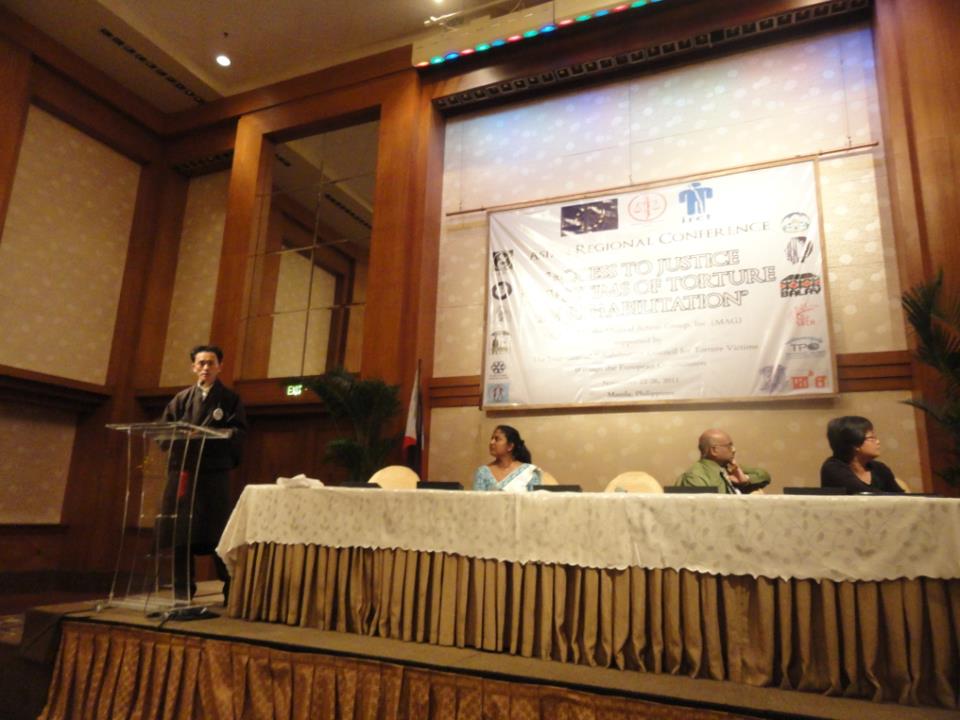 Mr. Namgyal Dhondup speakings on the situation of Tibetan political prisoners in Tibet. 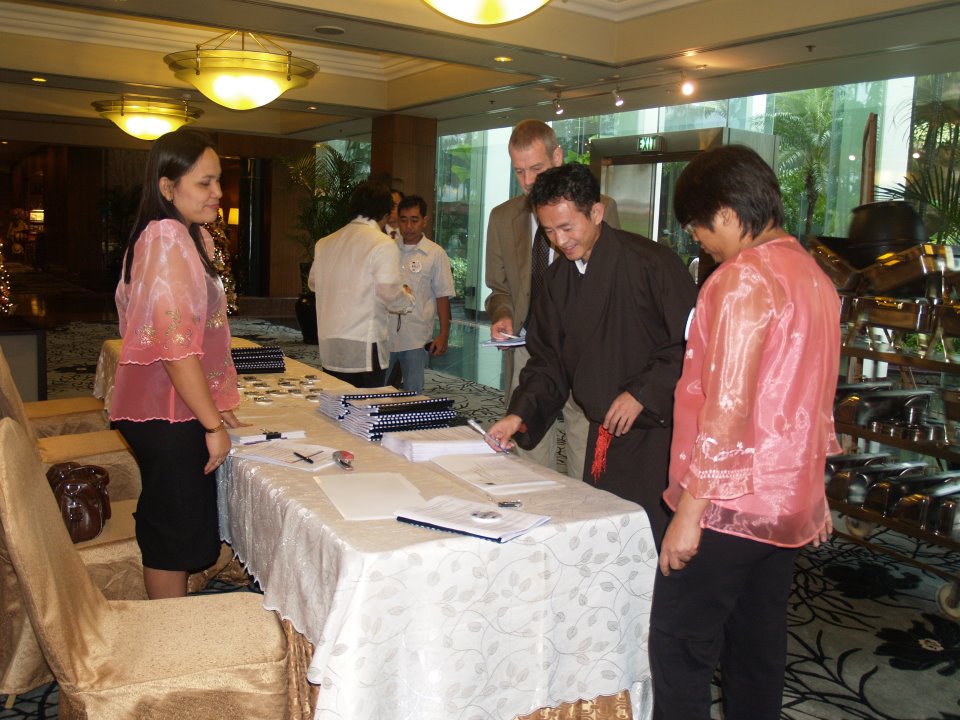 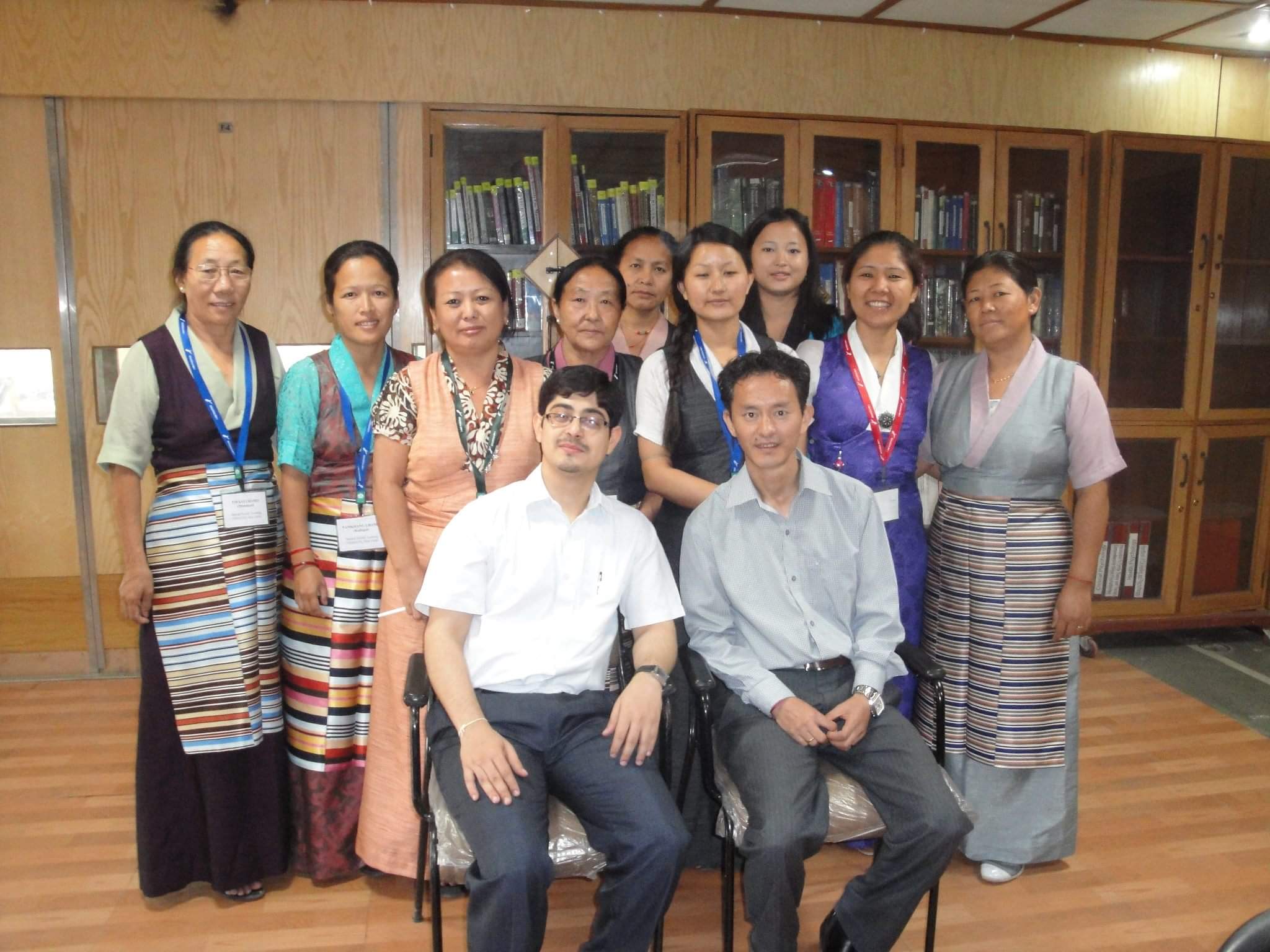 Training in VIMHANS with a resource person in Delhi. 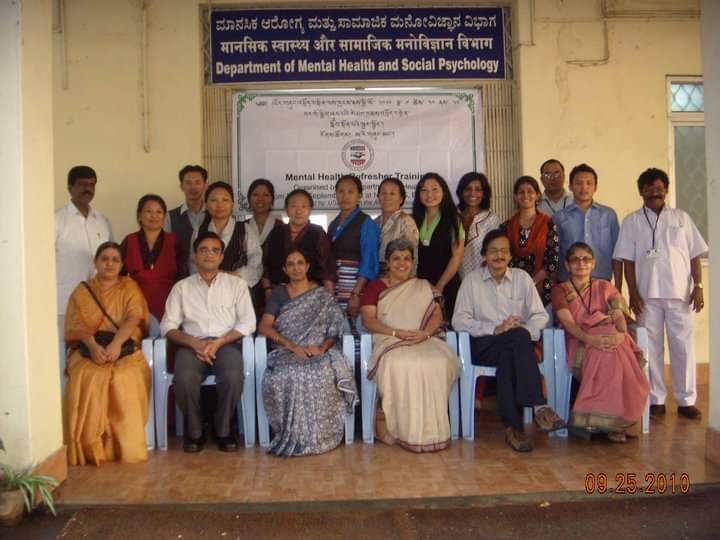 Training in NIMHANS with a resource persons in Bangalore. 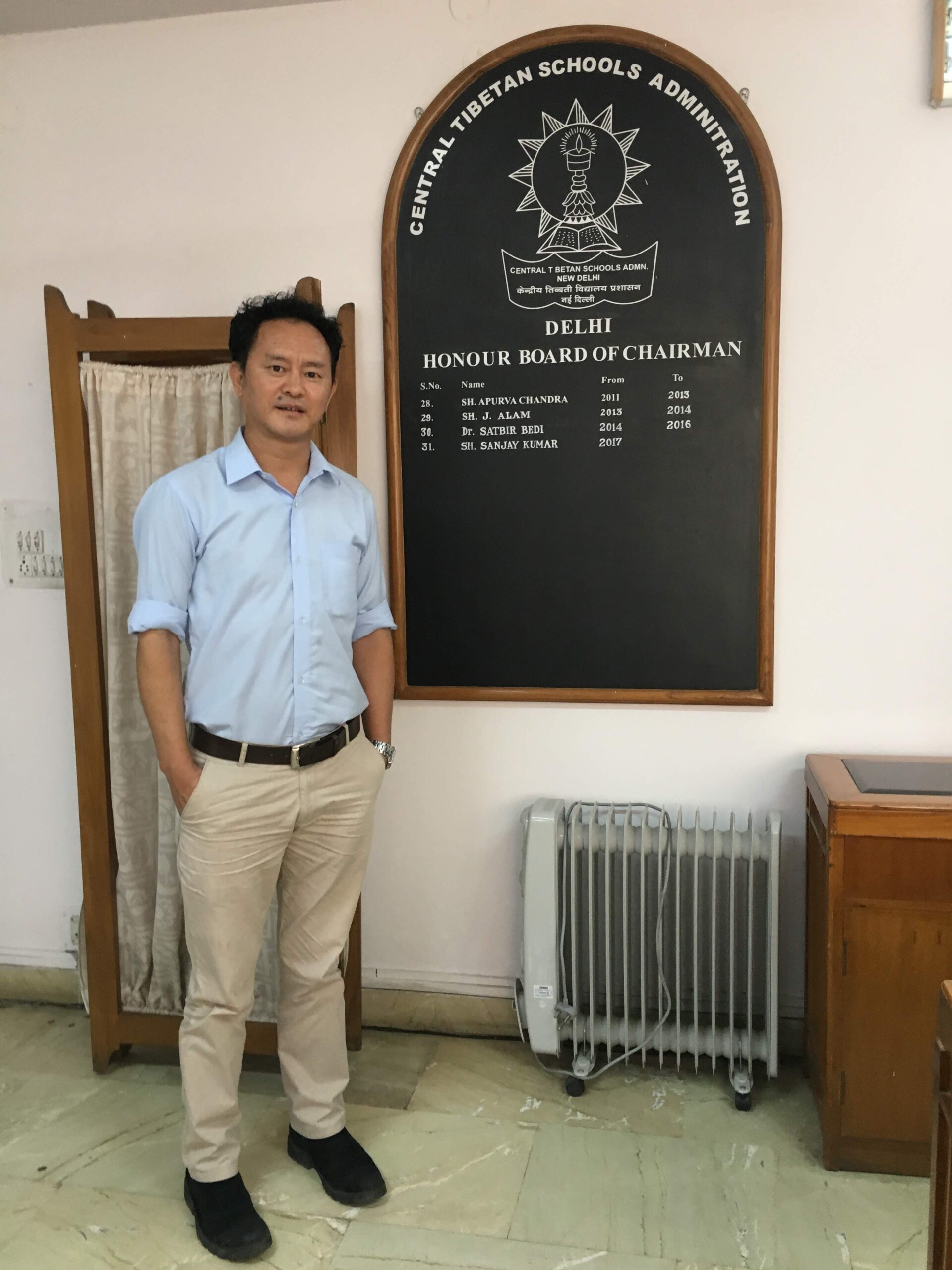 Namgyal Dhondup during one of the meetings at CTSA head office, Delhi, 2018. 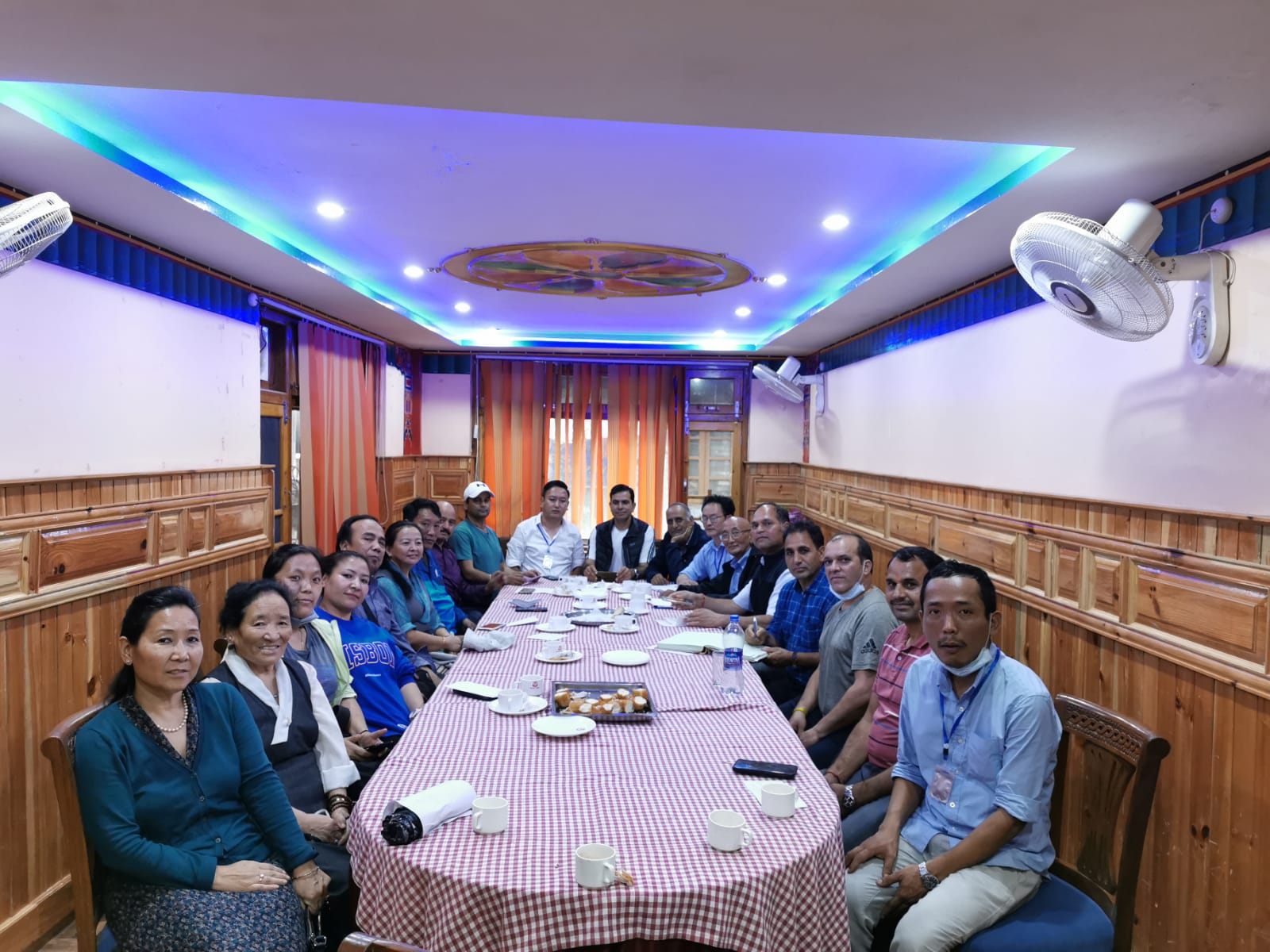