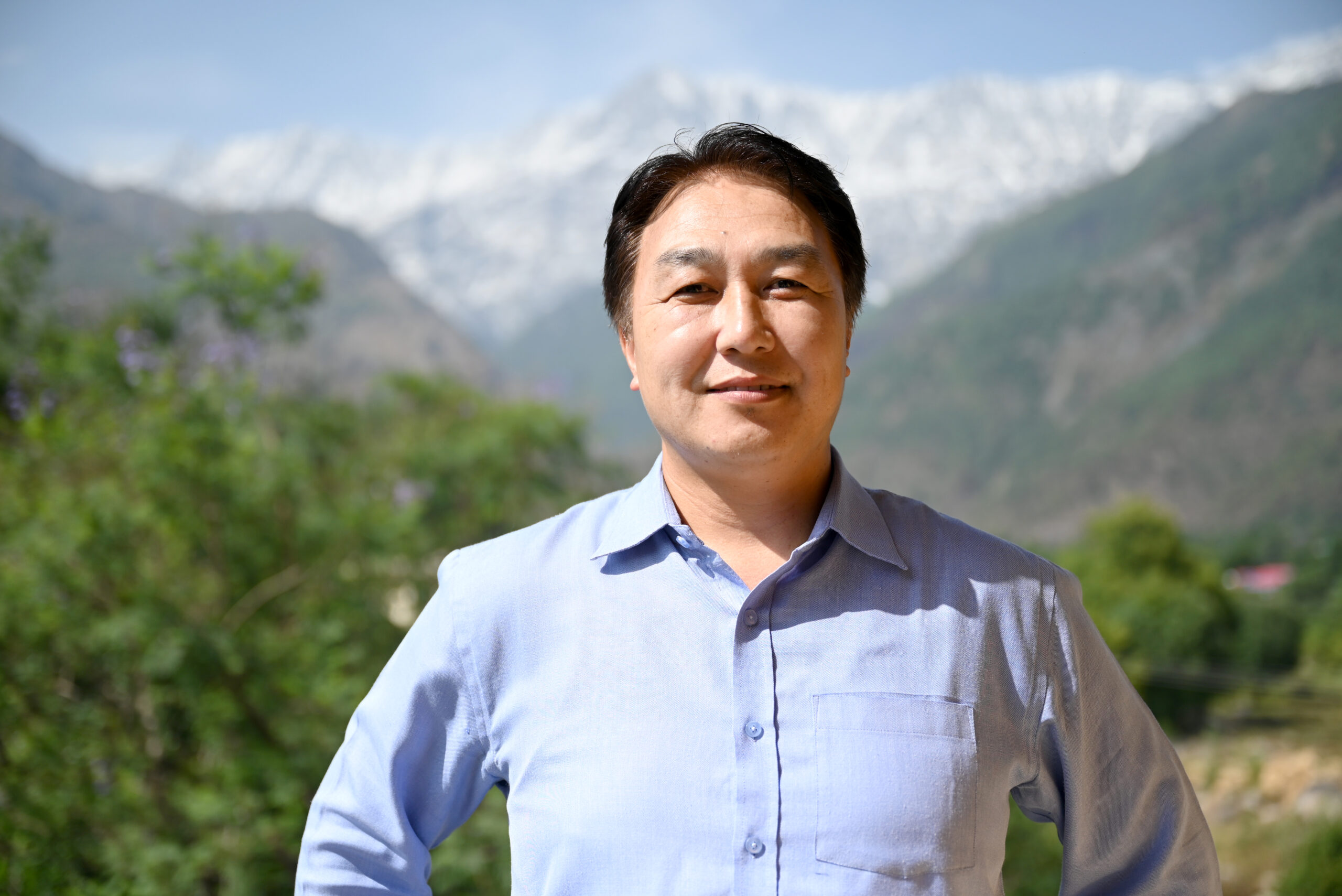 Every first Saturday of the month, as a part of its shout-out campaign, DIIR’s Social Media Desk will be profiling a civil servant of Central Tibetan Administration. This week we are pleased to profile Tenzin Dorjee, Additional Secretary at the Department of Education, CTA.

Tenzin Dorjee (TD): I am Tenzin Dorjee. I was born in Manali during the time when my parents and grandparents, like many other hundreds of Tibetan refugees, were working as road construction labourers. I have a large family consisting of my parents, my elder brother, his wife, and their two sons, my wife, and our two daughters. I also have an elder sister who now lives abroad with her family. I have completed my primary, middle and senior secondary schooling from Bir, Paonta and Mussoorie respectively, and B.Sc. B.Ed. from Regional Institute of Education, Ajmer. Soon after my graduation in May 1999, I was called upon by the Sambhota Head Office to work as a Science and Mathematics teacher at STS Paonta. I started my teaching career in July 1999 and worked there for 11 and a half years. While working as a teacher at STS Paonta, I completed my post-graduation in Public Administration from Panjab University, Chandigarh through a correspondence course. In January 2011, I was promoted to the post of Headmaster and transferred to STS Puruwala. A year later, in February 2012, I was promoted to the post of Principal, and transferred to Mewoen Tsuglag Petoen School, Dharamshala. I have served there till May 2016. I was then directed by Sambhota Head Office to work at the Department of Education (DoE), CTA on deputation, and as such, I have been working at DoE since June 2016.

I am an emotional person and love helping others in need whenever possible. I love to have qualitative discussions on any educative and informative topics. During my free time, I like to browse different websites related to education and pedagogy. I am also very particular about time, and this is something I have always taught my students and family members about, by living and setting examples for the same. Being punctual has always been one of my priorities. I love listening to motivational talks, soft music/songs, and playing cricket since my college days. I love laughing out loud and find amusement in comedy and laughter shows. My alignment with humour and my sense of humour is something my students have always loved in me.

TD: At the Department of Education, I shoulder the responsibility of the traditional and modern academic section. I work closely with my colleagues on many different projects and programs that aim for the professional growth of school leaders and teachers, the preservation and promotion of the Tibetan language and culture, and the provision of facilities to schools to support student learning.

I am a teacher at heart, and love to be among the children. I had always cherished my days in school as it was a great learning experience for me. Mahatma Gandhi said, “A teacher who establishes rapport with the taught, becomes one with them, learns more from them than he teaches them.” I too have learned more from my children than I taught them. Even after coming to DoE, I am happy to know I am still working for the education of our children though indirectly. Working in the field of education is where I belong, and educating the children is what I am for.

TD: To be honest, I am not very comfortable answering this question as I am not a CTA civil servant. Being a teacher, and working in a Tibetan school has always been my top priority. I feel that by educating the Tibetan children, you are serving CTA. You don’t really have to be working in one of the departments of CTA to serve CTA. My father has always advised me to serve the Tibetan community, and work as per the aspirations of His Holiness. There is no denying the fact that His Holiness the Dalai Lama is the most inspiring figure for all the Tibetans inside and outside Tibet, and I am no exception in this regard. I remember when I was a student at STS Paonta, the teachers there were very hard working and friendly with the students. Their teaching laid the foundation for me and inspired me to become a teacher. Later, when I joined CST Mussoorie for my secondary and senior secondary education, I came across a few more inspiring teachers. Since then I made up my mind to become a teacher.

Moreover, when I actually started working as a teacher, the love and respect that I received from my students inspired me to continue in this field. And of course, I have drawn inspiration from my elder brother whom I have always found a companion, and who is one of the most dedicated teachers I have ever seen in my life.

Lastly, after serving in the Tibetan schools for nearly 17 years, it was my mentor Mr. Karma Chungdak, the then Director of Sambhota Tibetan Schools Society, who recognised my potential and advised me to serve at the DoE so I could contribute to a larger scale. This is how the transition in my profession took place.

TD: I am not a CTA civil servant who is appointed by the Public Service Commission of CTA to work in its different departments. I am a staff of STSS working at DoE on deputation from STSS. But being an educator and teaching for several years in Tibetan schools, and now at DoE, I believe that I am indirectly serving CTA. As an educator, I am proud of what I am doing, and for whom I am working. It is a privilege to be an educator and to be able to work for Tibetan education in exile, especially at such a crucial time when the need is urgent.

TD: Before being deputed to work at DoE in 2016, I worked as a teacher, and later as a headmaster and Principal in Tibetan schools for nearly 17 years. The period during which I served in schools has really changed me for the better and equipped me with the necessary skills and competencies to face challenges. I understand the Tibetan school culture and the challenges that our teachers, students and schools face. After coming to DoE, I have gradually learned the working responsibilities of being an educator and reflecting upon my teaching career, I believe that I am now in a better position to serve CTA, particularly the Department of Education.

Teachers today are teaching 21st-century students. We make our teachers aware of the need to enhance their teaching skills and competencies. At the same time, we also make our school leaders, teachers, parents, and students aware of the aims of giving education as per the Basic Education Policy for Tibetans in exile. All the CTA projects and programs should be aligned in raising our children to be endowed with the principle of freedom, altruism, upholding the heritage, and innovation. When you are working for an organisation, you need to be responsible and accountable for the job that has been assigned to you. We need to respect time. I believe that a person who does not respect time will not succeed in life.

TD: My father is my hero and my role model. We were eight in the family with grandparents, parents, and siblings when I was a kid. My father was the backbone of the family. Since my grandparents and mother were all illiterates my father has to shoulder all the responsibilities of the family. He is honest, helpful, and a very hardworking person.

I remember the pieces of advice that he always used to give me when I leave home for school as a student. He always used to advise me never to smoke, consume drugs and alcohol, or indulge in any other misconduct. He continued to give me the same advice even after I became a teacher at STS Paonta. I still remember another important piece of advice that he gave me at the bus stand when I was about to leave for Paonta. He said, “Remember that you are like a monk in a monastery of His Holiness the Dalai Lama, and as a monk, you don’t need to think of the materialistic wealth and salary. Do not worry about these things. Everything will be fine if you work for a good cause with commitment and dedication. Always teach your students with love and care.” These words of wisdom from him always inspire me to keep working.

There are several others who have shaped my life. My brother Ngawang Thupten and sister Phuntsok Dolma, whom I have always looked up to since my childhood; Mr. Karma Chungdak who has mentored me during the formative years of my teaching career; my wife Tenzin Choedon, who has been an exemplary teacher for me; and last but not the least, my educator friends with whom I have spent the best years of my life are all role models for me. Without their constant support and guidance, I may not be where I am today.

TD: Tibetan youth is the backbone of the Tibetan struggle for freedom. It is very important for Tibetan youth across the globe to work for the freedom of Tibet. No matter where you are serving, be it at CTA, or at a school as a teacher, in a Tibetan community as a doctor, in a hotel as a chef, in a salon as a hairdresser, or as an artist, in an organisation as a sweeper, we all need to contribute towards the Tibetan cause. The best way to serve and work for the Tibetan cause is by learning the Tibetan language and culture, thereby becoming more aware of the importance of preserving our unique Tibetan culture and traditions, which are of great value to the whole of humanity. If you are well versed in Tibetan language and culture, you will be in a better position to serve CTA, and ultimately for the Tibetan cause. We need Tibetans who are not just good human beings but skilled and competent too to serve our cause.

Therefore, I urge everyone to watch this short 2-minute video titled: ‘I will be a hummingbird’ (https://youtu.be/-btl654R_pY). The message is clear. Rather than considering yourself insignificant, feel like a hummingbird, and do the best you can with what you have. 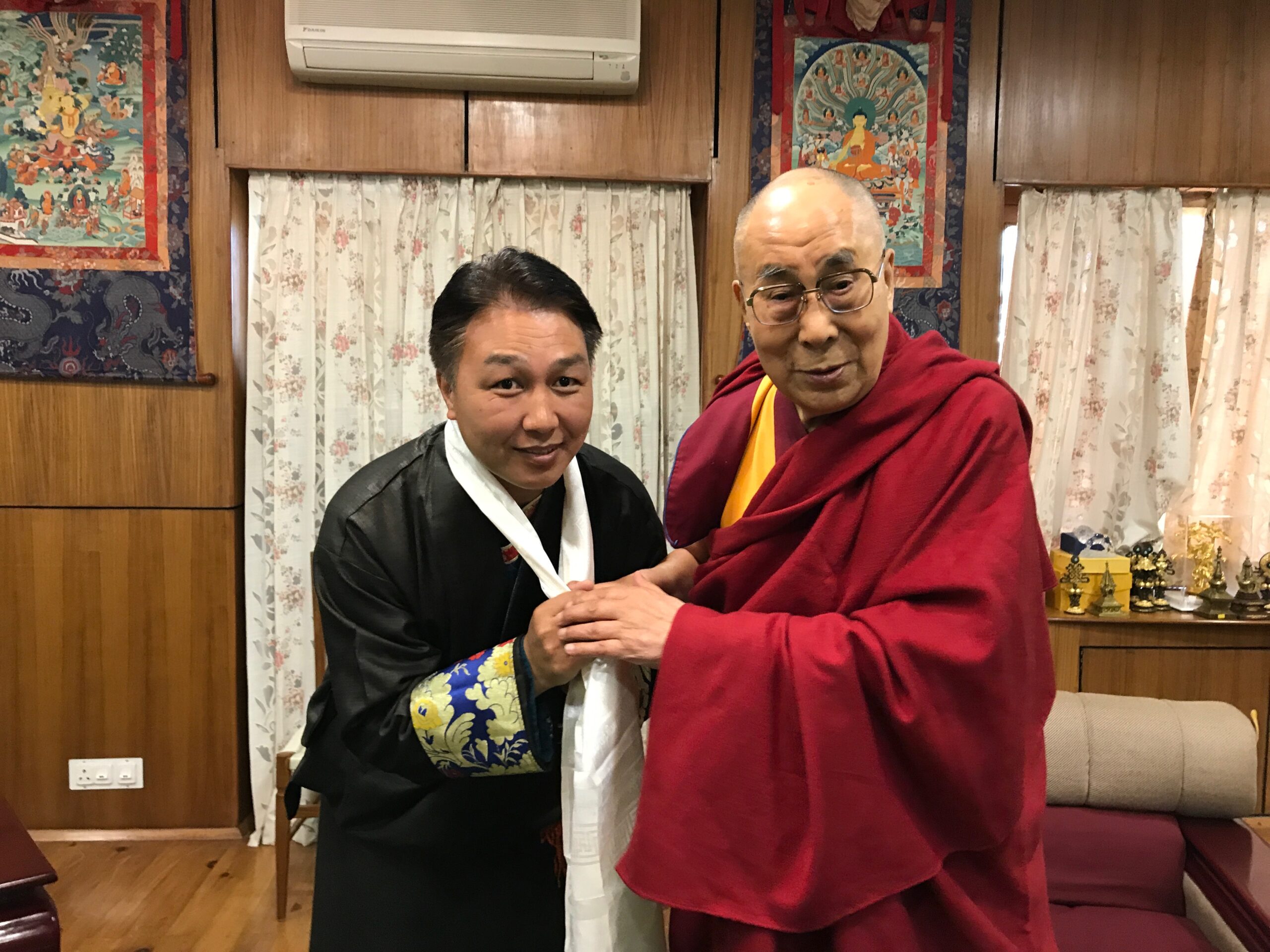 An audience with His Holiness the 14th Dalai Lama at his official residence in Dharamshala, 2016. 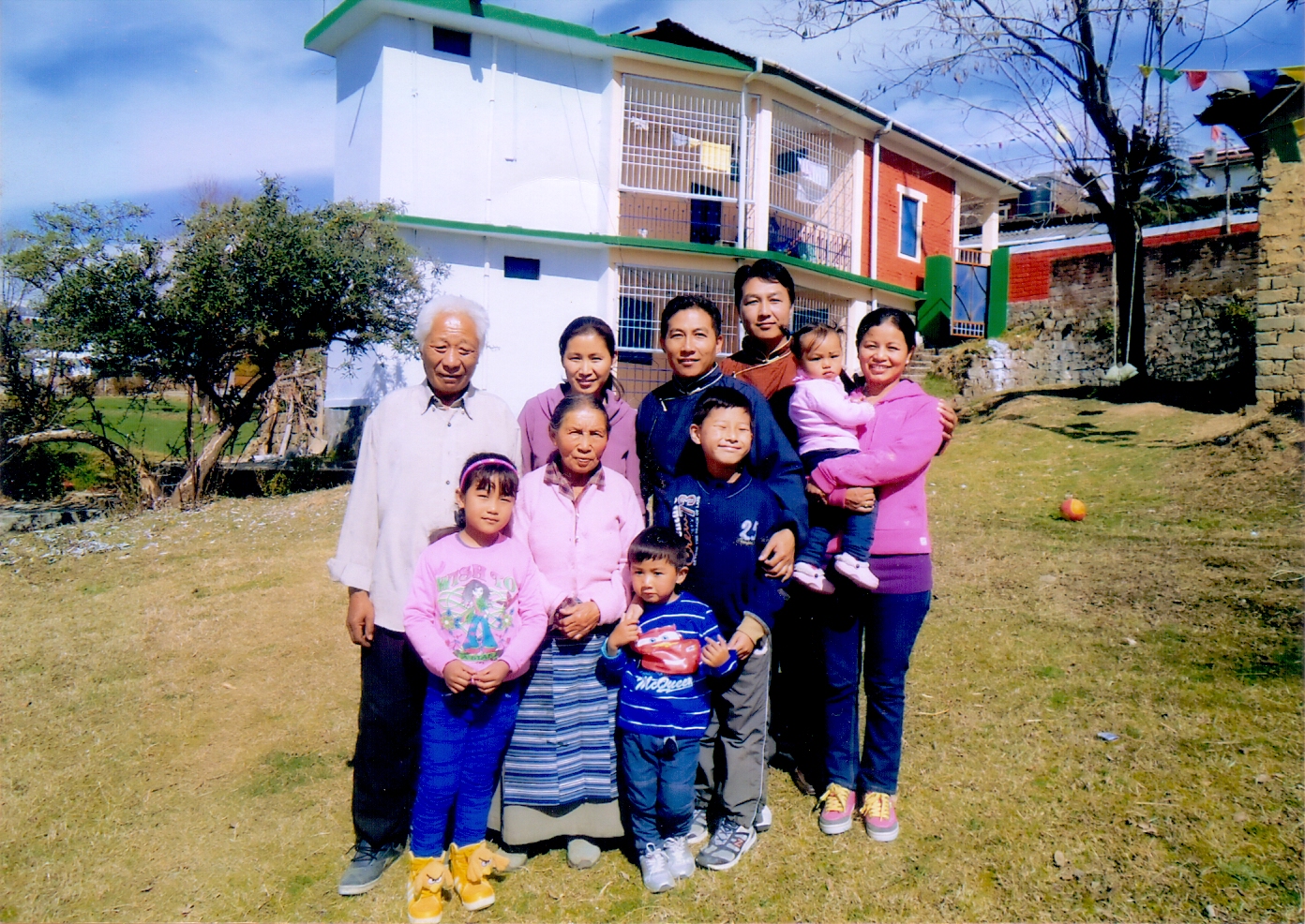 Mr Tenzin Dorjee with his family members at Bir in 2013. 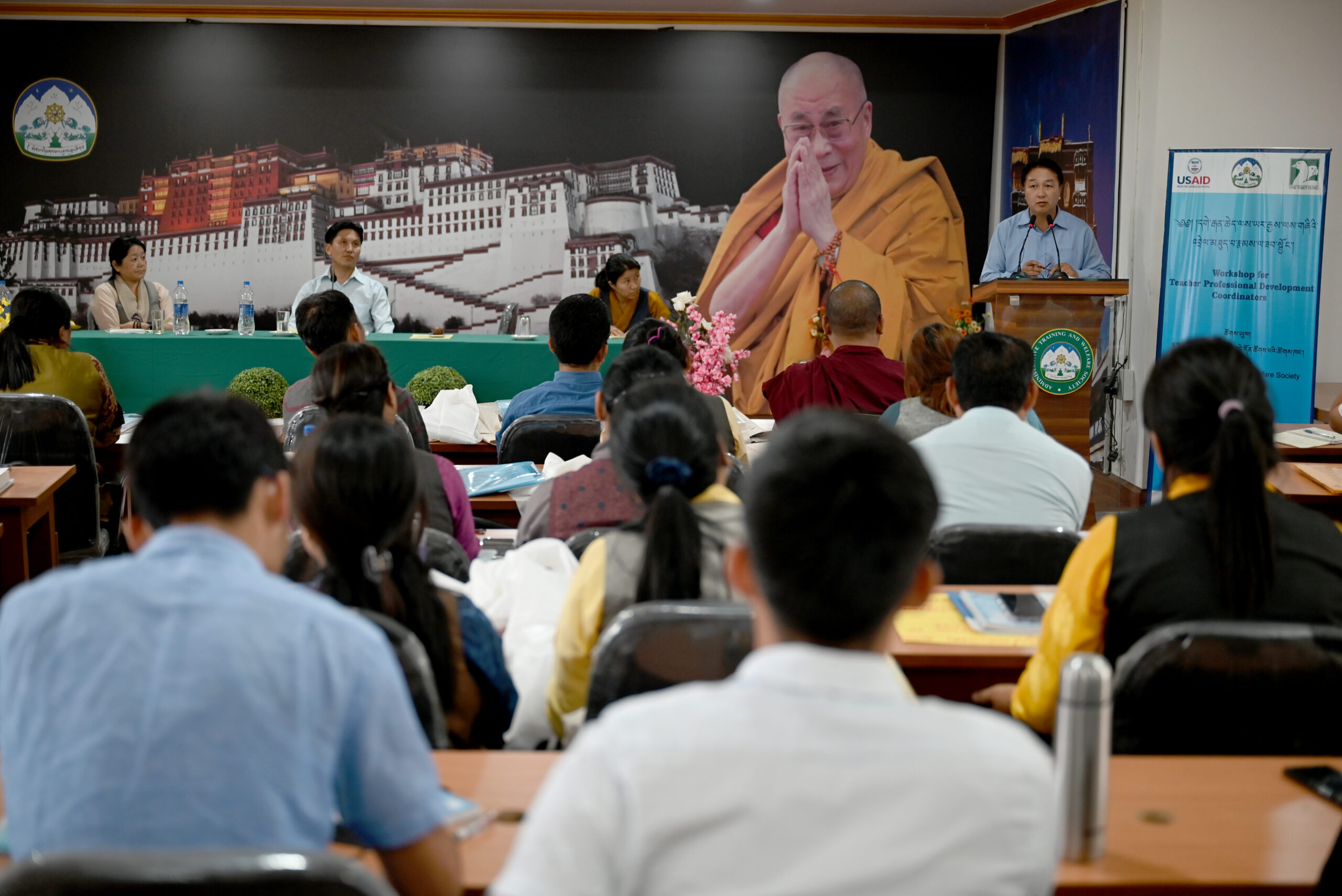 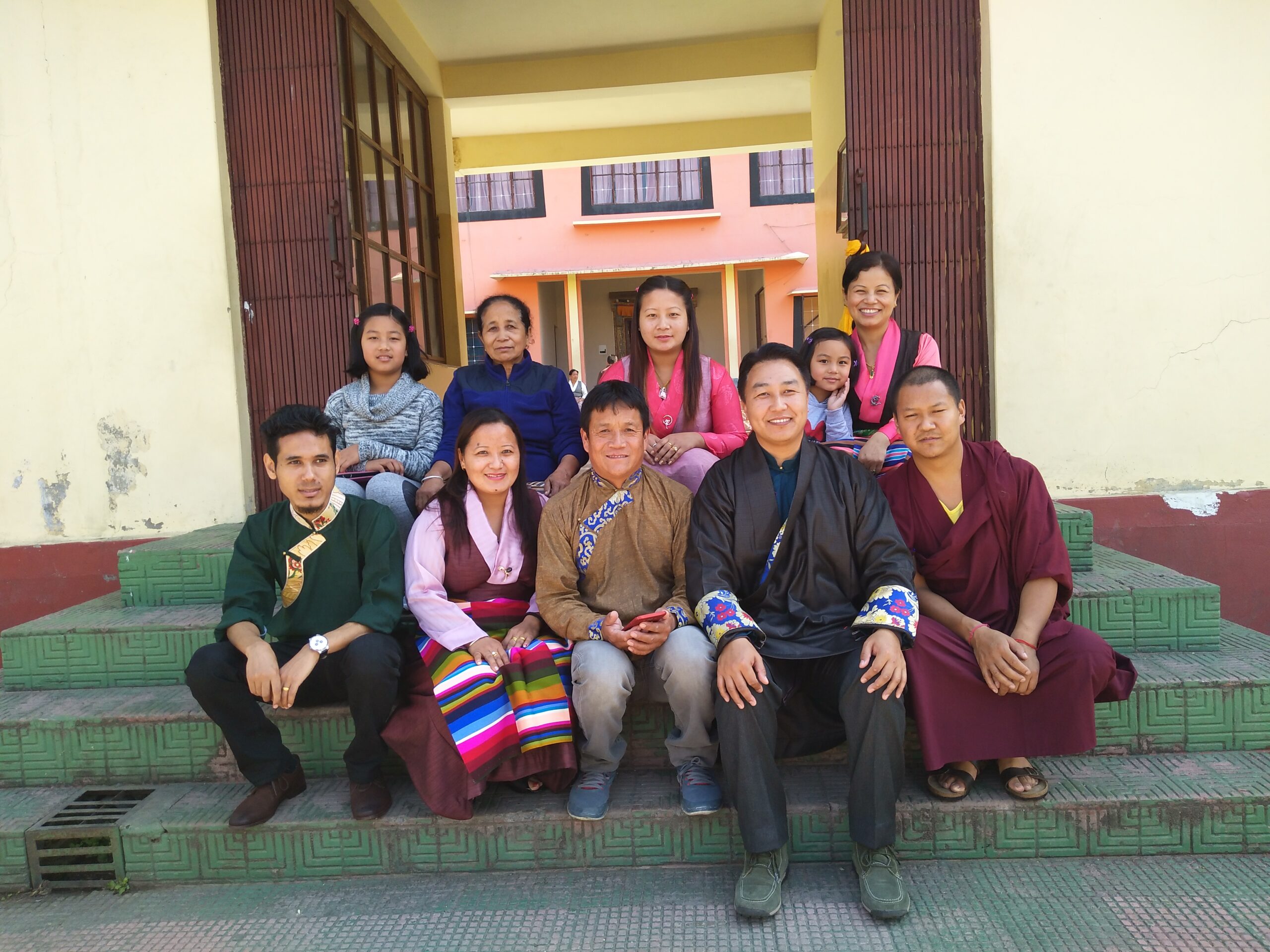 Mr Tenzin Dorjee with his in-law family in Khera Camp, near Herbertpur. 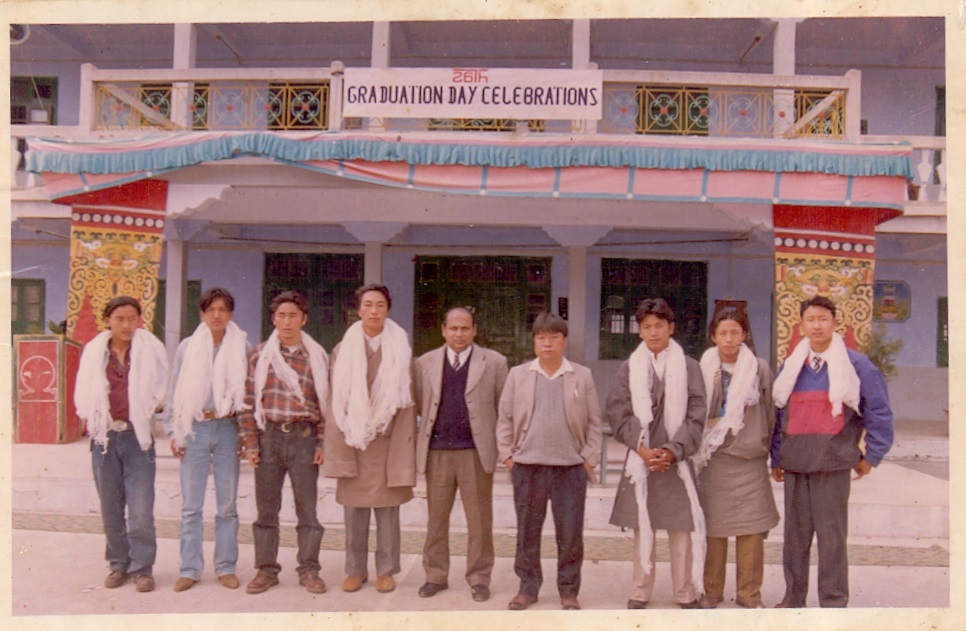 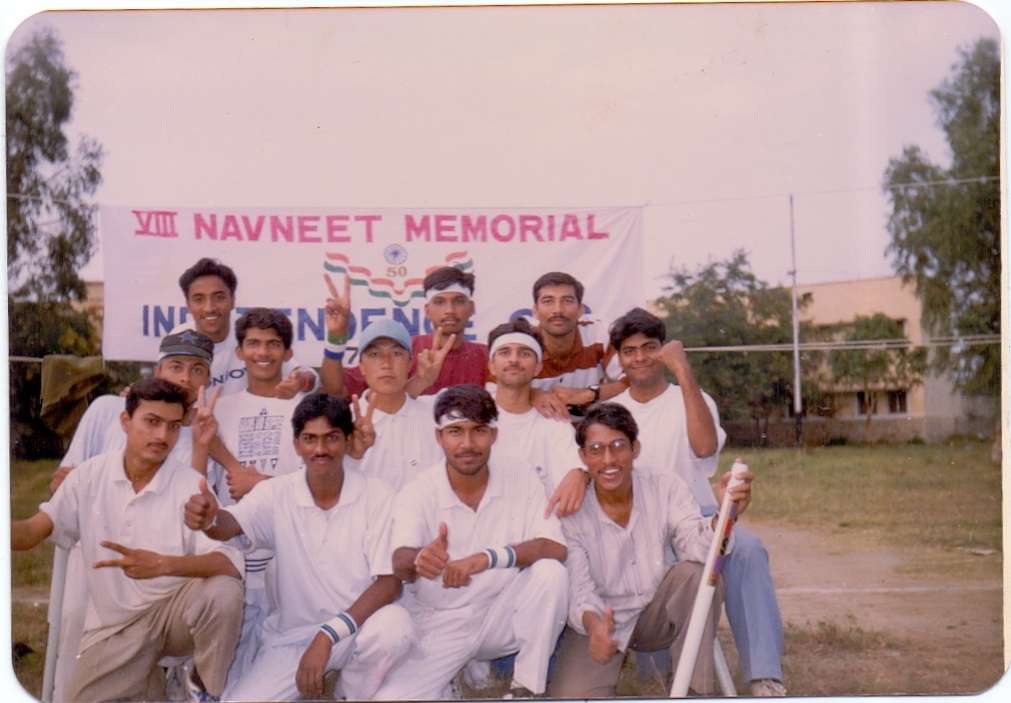 Mr Tenzin Dorjee with his college mates posing for a group photo after winning Inter-class Cricket Trophy in 1997. 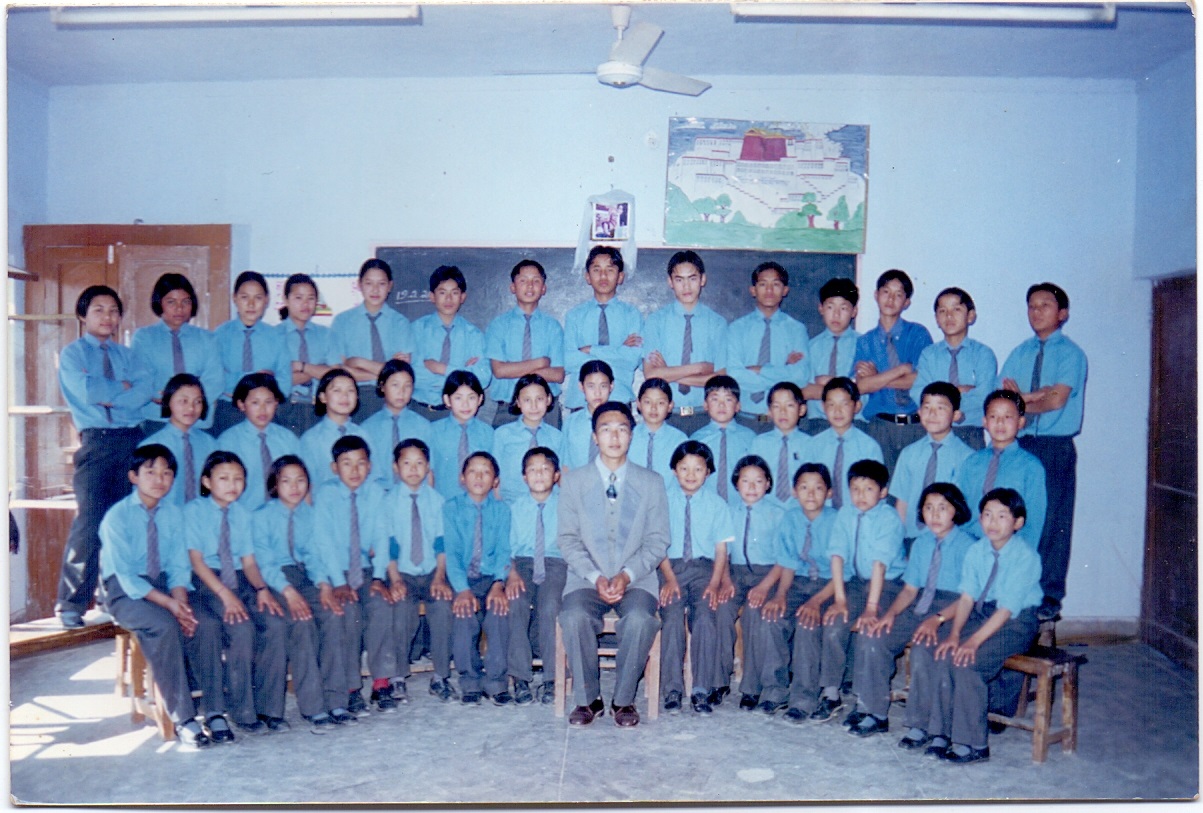 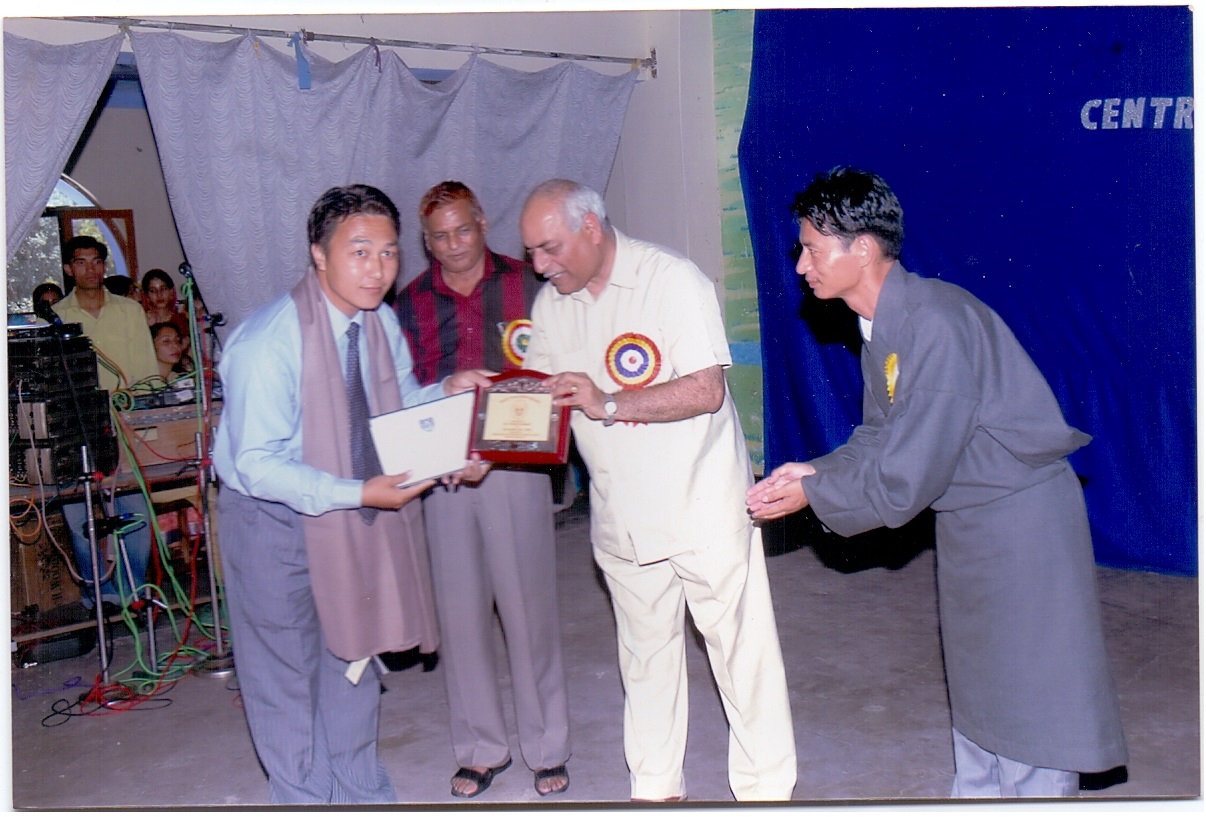 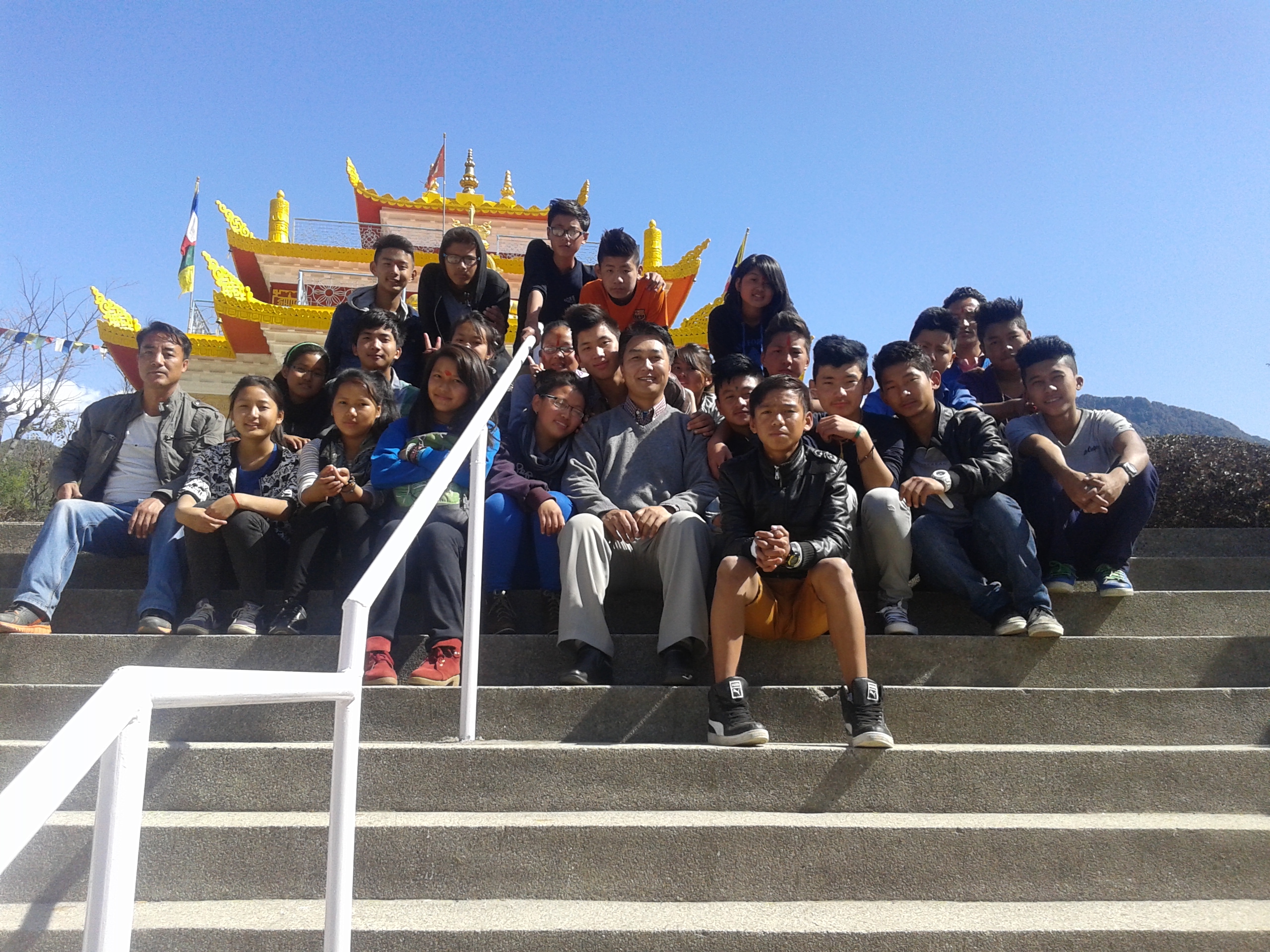 A group photo with 1st batch of Peteon school at Deer Park in Bir, March 2014. 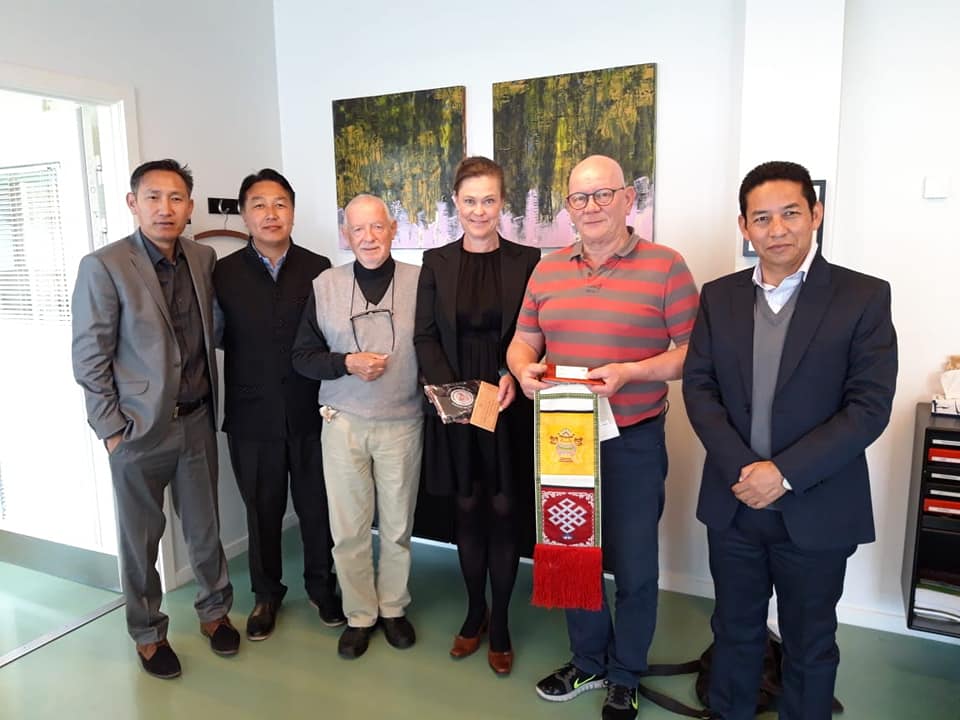 Mr Tenzin Dorjee with then Department of Education Secretary and Sambhota School Director during their official tour to Copenhagen in Denmark, June 2019. 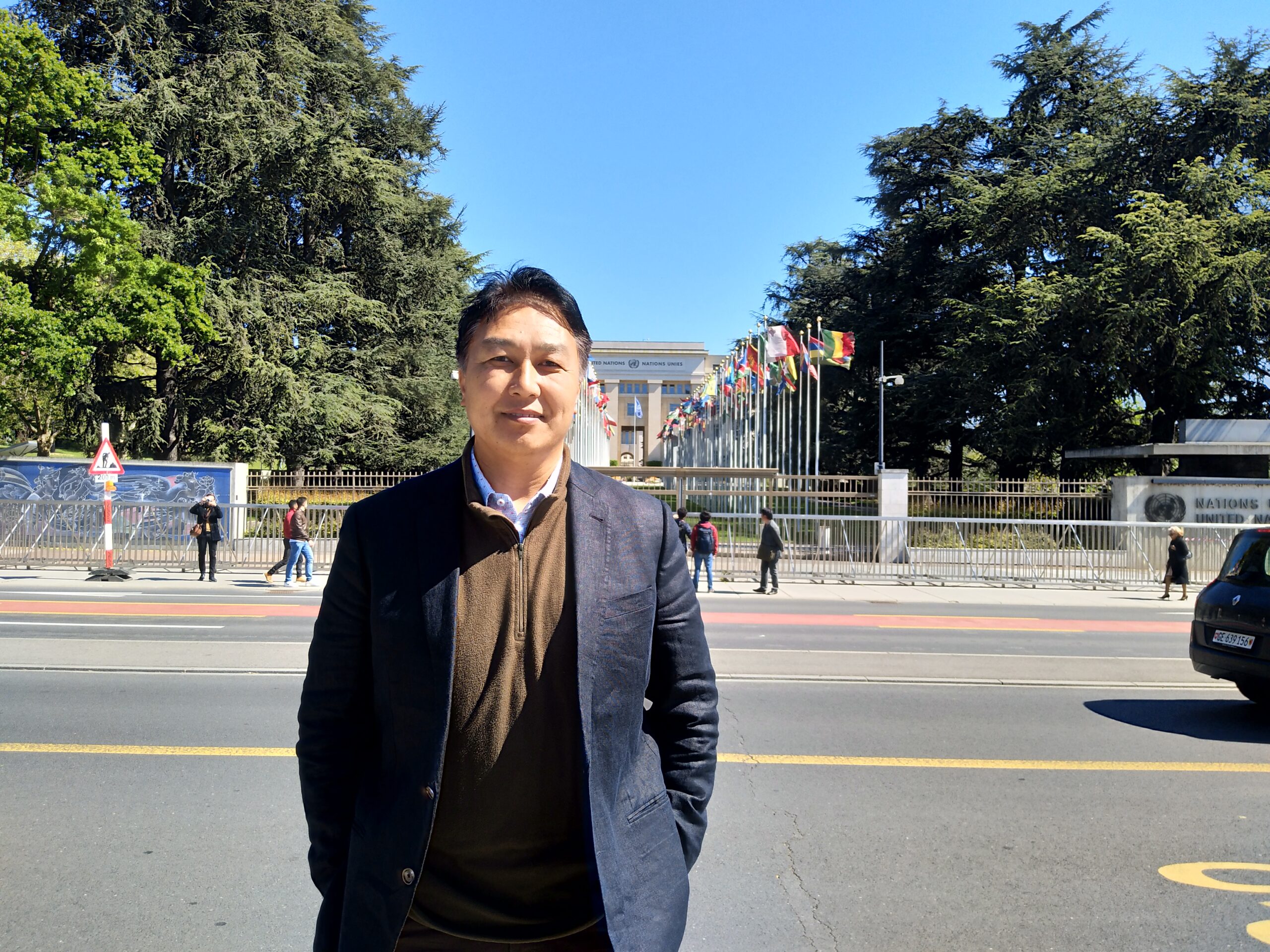 Mr Tenzin Dorjee standing in front of UN office in Geneva during his official tour to Switzerland in June 2019. 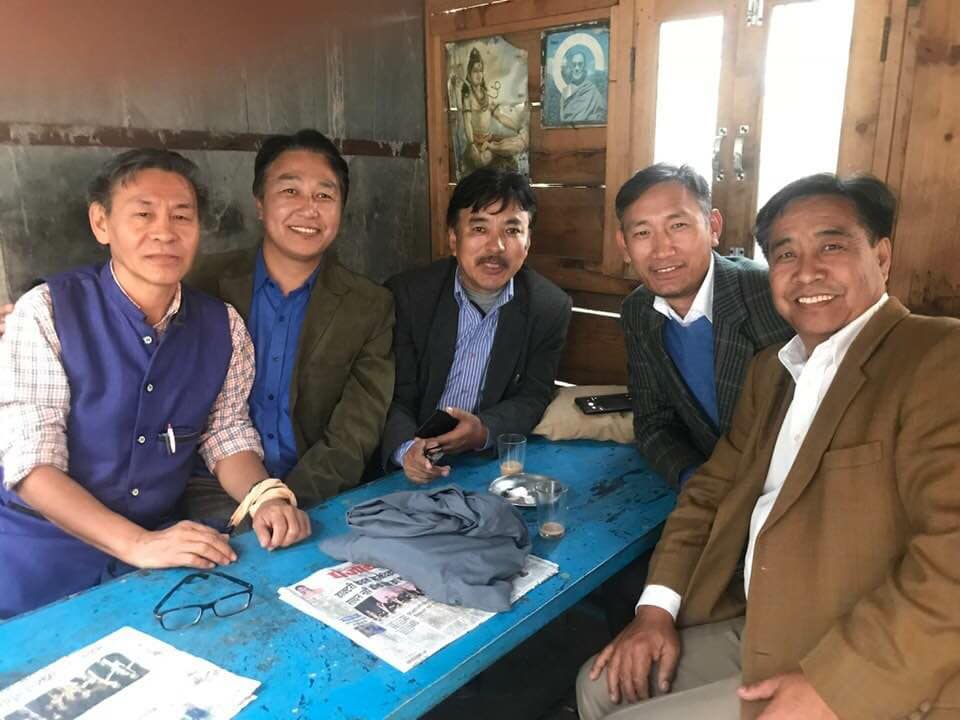 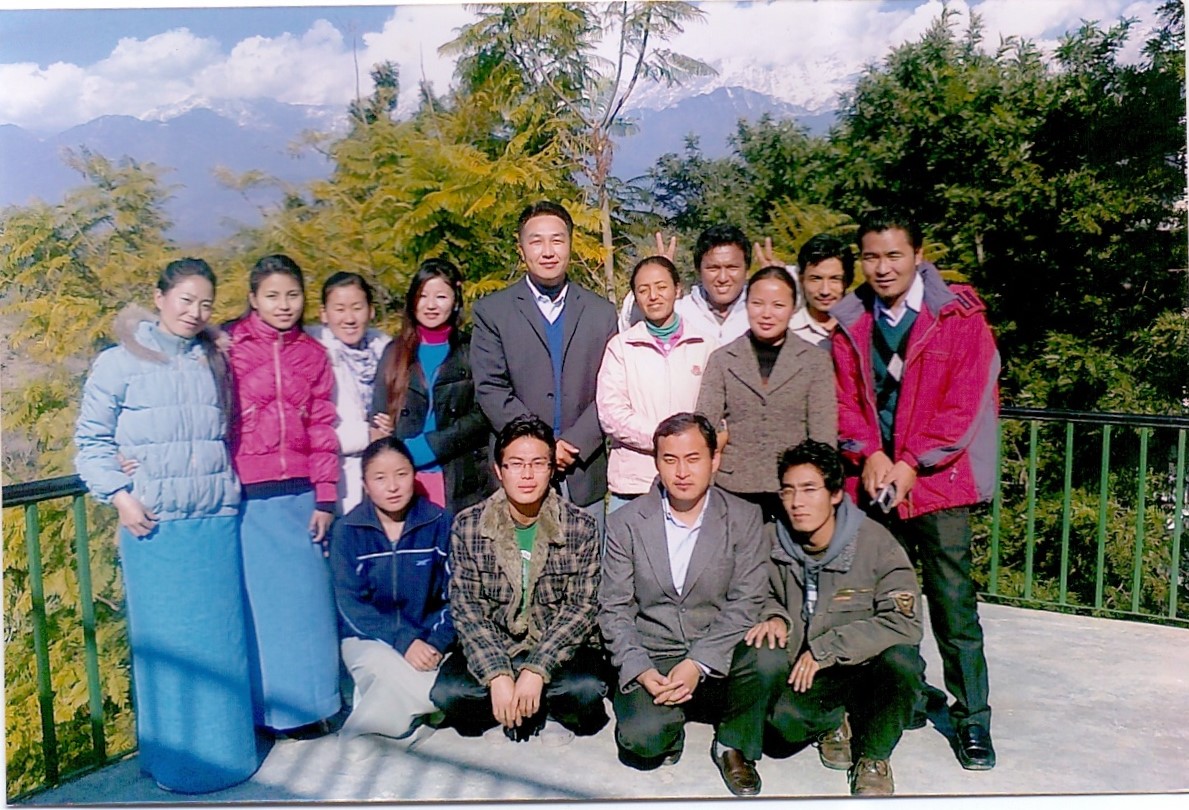 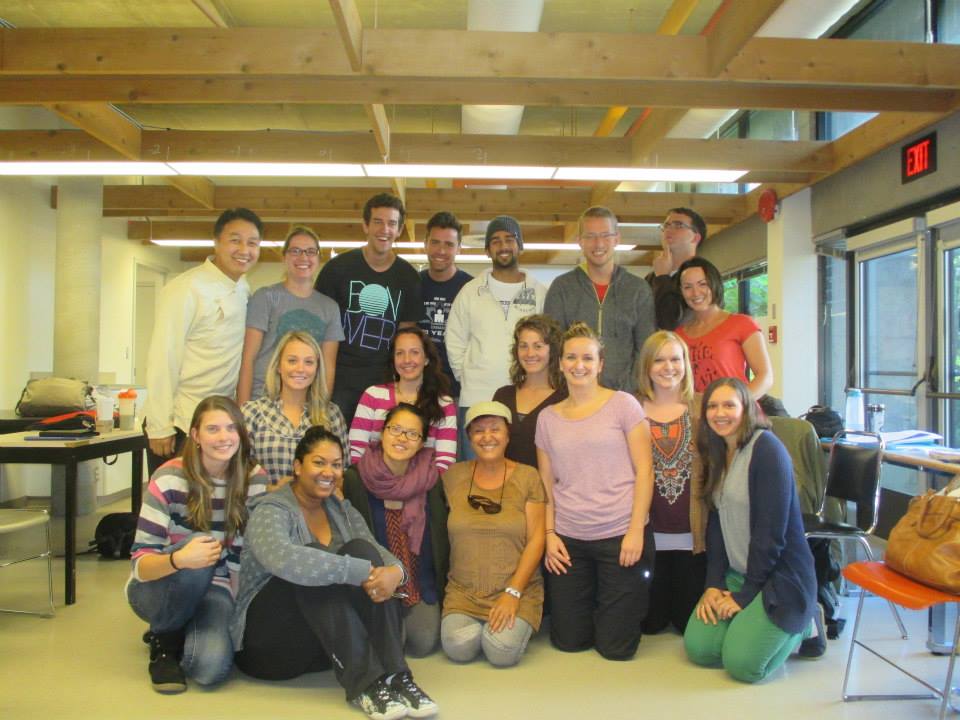 Mr Tenzin Dorjee with SFU students during the official tour in Vancouver, September 2013.