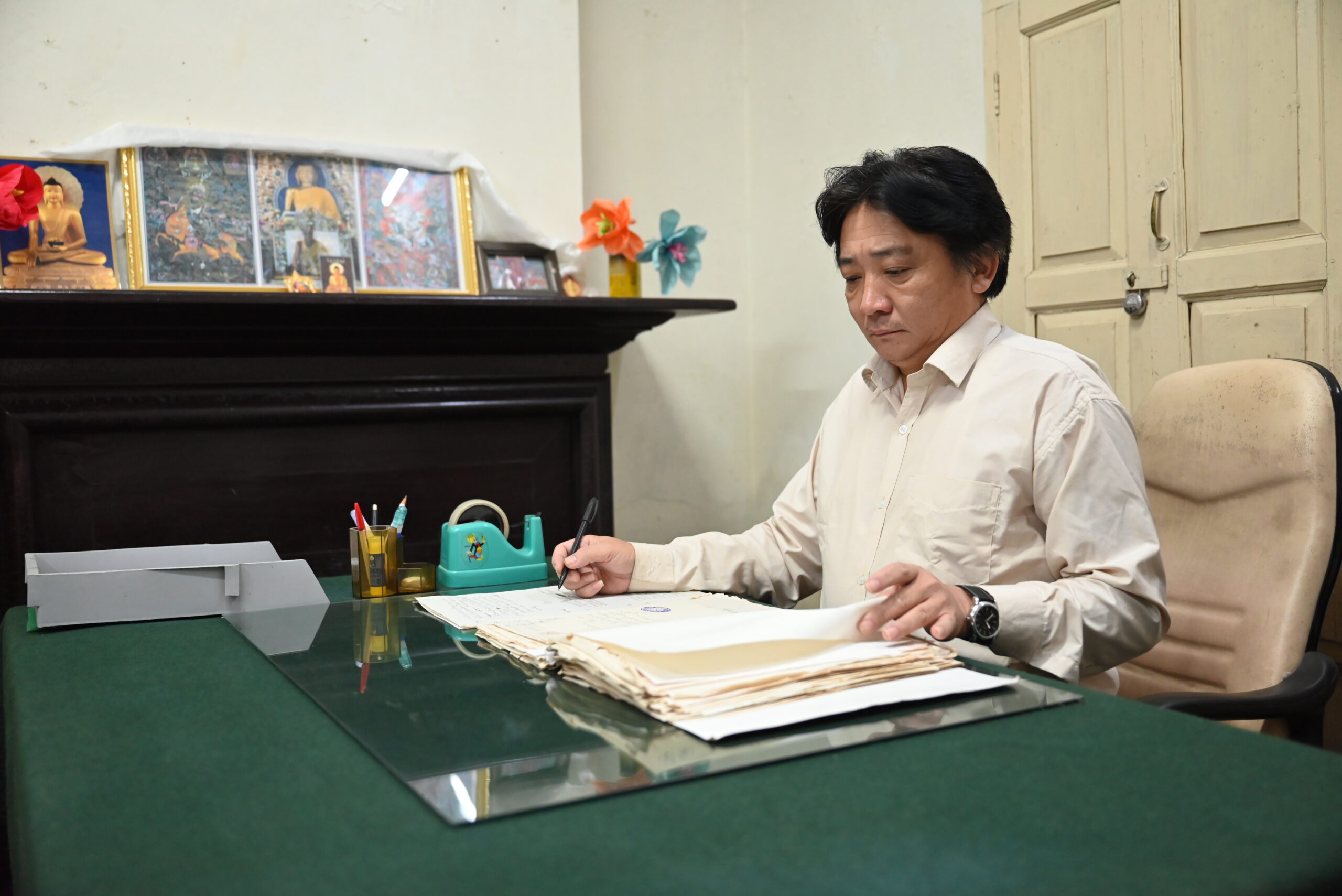 Every first Saturday of the month, as a part of its shout-out campaign, DIIR’s Social Media Desk will be profiling a civil servant of Central Tibetan Administration. This week we are pleased to profile Ngawang Namgyal, Additional Secretary at the Office of Documentation and Classification Section, CTA.

Ngawang Namgyal (NN): My name is Ngawang Namgyal, an Additional Secretary at the Office of Documentation and Classification Section under Kashag Secretariat. I did my schooling at Central School for Tibetans, Bylakuppe, Mysore, Karnataka State, India, and further studies at Central Institute of Higher Tibetan Studies at Sarnath, Varanasi. Uttar Pradesh, India.  In the past, I worked as Research Assistant at Library of Tibetan Works and Archives in Dharamshala for few years. Then I joined the Central Tibetan Administration as Deputy Secretary at the Office of Tibet, Kathmandu, alongside serving as the settlement officer at Walung and Rasuwa Tibetan settlements later on. After this, for a sabbatical year, I worked at the Library of Tibetan Works and Archives for research work. Rejoining administration, I worked as the settlement officer of Tashi Palkhiel settlement in Pokhara alongside Dhorpatan Tibetan settlement, Nepal. Then I worked at Research and Analysis Centre in Dharamshala, then in the Department of Religion and Culture, CTA, and then in the Office of Documentation and Classification Section. After this, I worked in the Office of Tibetan Parliament-in-Exile as Joint Secretary. Then I have rejoined the job here in the office.

NN: I have felt the need of serving the Central Tibetan Administration as a Tibetan and under the wise and far-sighted leadership of His Holiness the 14th Dalai Lama, which has drawn me to seek recruitment in the CTA.

NN: It gives me a sense of pride and satisfaction being a CTA civil servant.

NN: I would say by putting my past experiences into my present job.

NN: His Holiness the 14th Dalai Lama is undoubtedly my role model. He has inspired all of us to follow non-violent approaches and shows a sense of loving-kindness among ourselves, and for all people in the world.

NN: My advice for young Tibetans serving or wishing to serve at Central Tibetan Administration is that all should put their best into their jobs, and have more interest in one’s job through the development of skills and knowledge.