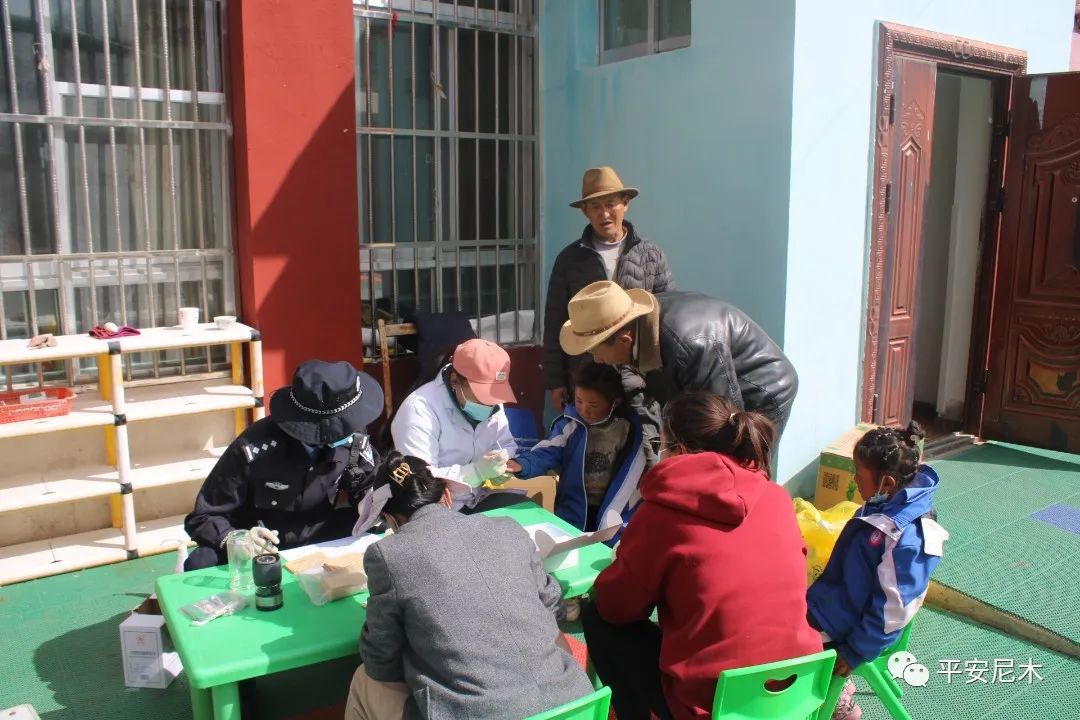 Dharamshala: The Chinese officials across the so-called Tibet Autonomous Region (TAR) have been collecting DNA samples from Tibetans, including kindergarten children, without their parent’s consent as part of a “crime detection” campaign, Human Rights Watch (HRW) said on Monday.

The rights groups reported that DNA collection drives are being conducted across all of the so-called Tibet Autonomous Region’s seven prefectures and Tibetans have no choice but to obey the orders, based on publicly accessible reports studied by the group.

The report quoted Chinese officials as stating that the genetic sampling was intended to capture “fleeing persons” and equip “public security agencies with the necessary tools to effectively crack down on criminal elements”. The rights group, however, criticized the forced drive, asserting that “it is a serious human rights violation to take DNA samples from entire regions or populations at will for security reasons because it cannot be justified as necessary or proportionate”.

The report stated that the current genetic sample collection drive in the “Tibet Autonomous Region” is part of a campaign dubbed “The Three Greats” (Great inspection, investigation, and mediation), which began in 2019. In addition, two government tenders for the construction of local DNA databases were cited in the report. Moreover, the rights group found regional DNA databases were being planned as early as July 2019, citing Nyingtri Police’s announcement in November 2019 of creating a DNA database at the prefecture level in the “TAR”.

According to the Human Rights Watch, Chinese officials collect genetic samples from everyone, including kindergarten children as young as 5 years old. Chamdo municipality’s report from May 2019 specifies that DNA was to be collected from the entire population, and police were instructed: “not to miss a [single] village or monastery, and not to miss a [single] household or person.” The report also said police in Nyemo county, Lhasa municipality, collected DNA from three kindergarten classes in April 2022, without any indication that parents were consulted.

“The authorities’ collection of DNA from children without their informed, meaningful, and freely given consent, or that of their caregivers, and extracted in educational settings where they could not meaningfully opt-out or refuse to provide their personal health data, is a violation of children’s privacy”, it said adding that “it may have adverse consequences on children”.

Right to health mandates the right to respect for the confidentiality of medical information. However, China’s collection of DNA samples for routine sharing with the police or other authorities with access to its database constitutes an interference or breach of confidentiality prohibited by international law, the report said.

“The PRC’s escalation of the illicit collection of Tibetan’s DNA samples for the purpose of ‘crime detection’ originates from its desperate attempts to establish legitimacy to rule Tibet, and therefore such efforts are meant to secure their stability”, said Tenzin Lekshay, the official spokesperson of the Central Tibetan Administration. “China’s collection of genetic samples without consent violates Tibetan rights under international law and strengthens its already ruthless surveillance regime”.

The report mentioned a study made by the Australian Strategic Policy Institute (ASPI), detailing the Chinese government’s DNA collection campaigns focused on Tibet and Xinjiang. Researchers stated that it is clear that the DNA collection program violates the International Covenant on Civil and Political Rights’ prohibition against ‘arbitrary or unlawful interference with the privacy of individuals. Moreover, it violates Article 16 of the UN Convention on the Rights of the Child (to which China is a signatory), which prohibits arbitrary or unlawful interference with [a child’s] privacy.

Furthermore, no evidence was found in the report of ASPI that the Chinese authorities were adhering to the requirement that biometric data must only be collected and stored by the police for those convicted of serious criminal offences.

The detailed report of the HRW can be read here.