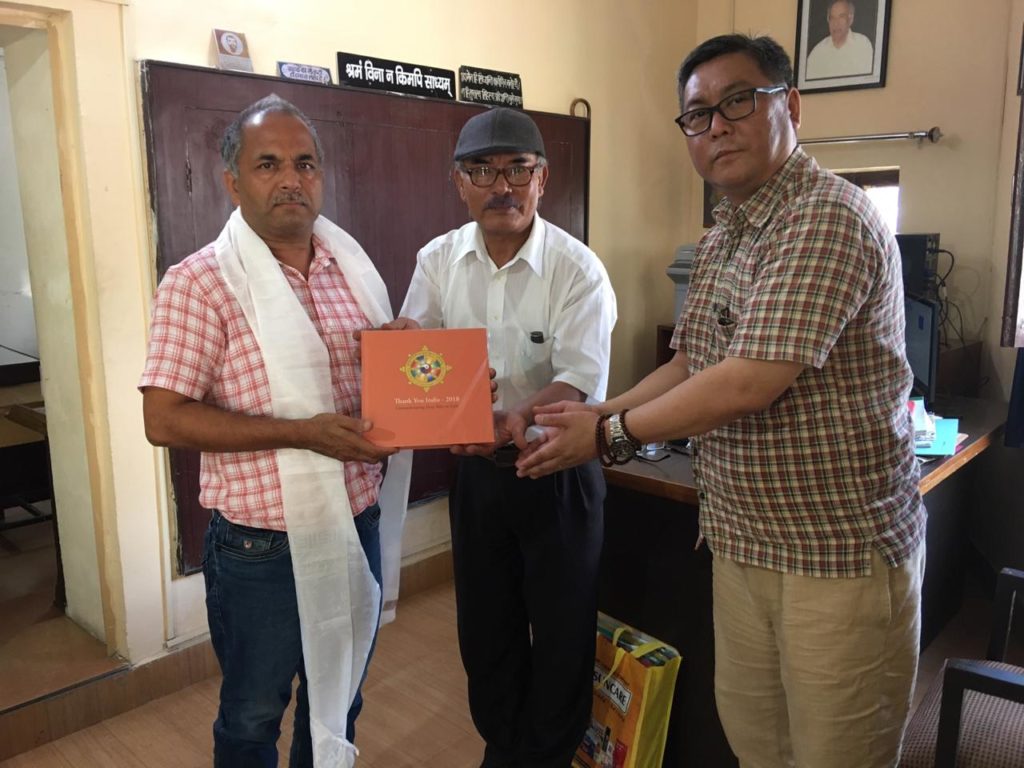 Dehradun: As Dehradun remains a transit point for Mussoorie where His Holiness the Dalai Lama was formally welcomed by the then Prime Minister, late Pandit Jawaharlal Nehru on 24 April 1959 at Birla Bhawan, similarly, Herbertpur – Doeguyugyaling (official Tibetan title) remains a residential place for many ex-servicemen.

It is here at Vikasnagar, Herbertpur where Mr Tsultrim Dorjee, Tibetan Welfare Officer, Herbertpur and Jigmey Tsultrim, Coordinator, ITCO visited the residence of late Sh. Badri Prasad Gupta, who remains one of the steadfast and longest supporters of Tibetan cause. Sh. Gupta, during his lifetime, served as President, ITFS, Herbertpur and actively participated in many of the programs initiated by Tibetan communities, be it Tibetan Women’s Association or Tibetan Youth Congress, apart from his own association. After his passing away on 8 September 2014, the activities declined partially due to lax approach from both the communities.

Sensing its importance, the delegation met with Sh. Sarvajya Gupta, son of late Badri Prasad Gupta, who sustains his legacy and looking after the business of Badri Rice Mills, one of the popular rice mills of that region.

ITCO Coordinator Mr Tsultrim briefed him on the inception and objectives of ITCO, a multi-organization – irrespective of ideological differences – but remain affirmed to the persuasion of Tibetan cause. 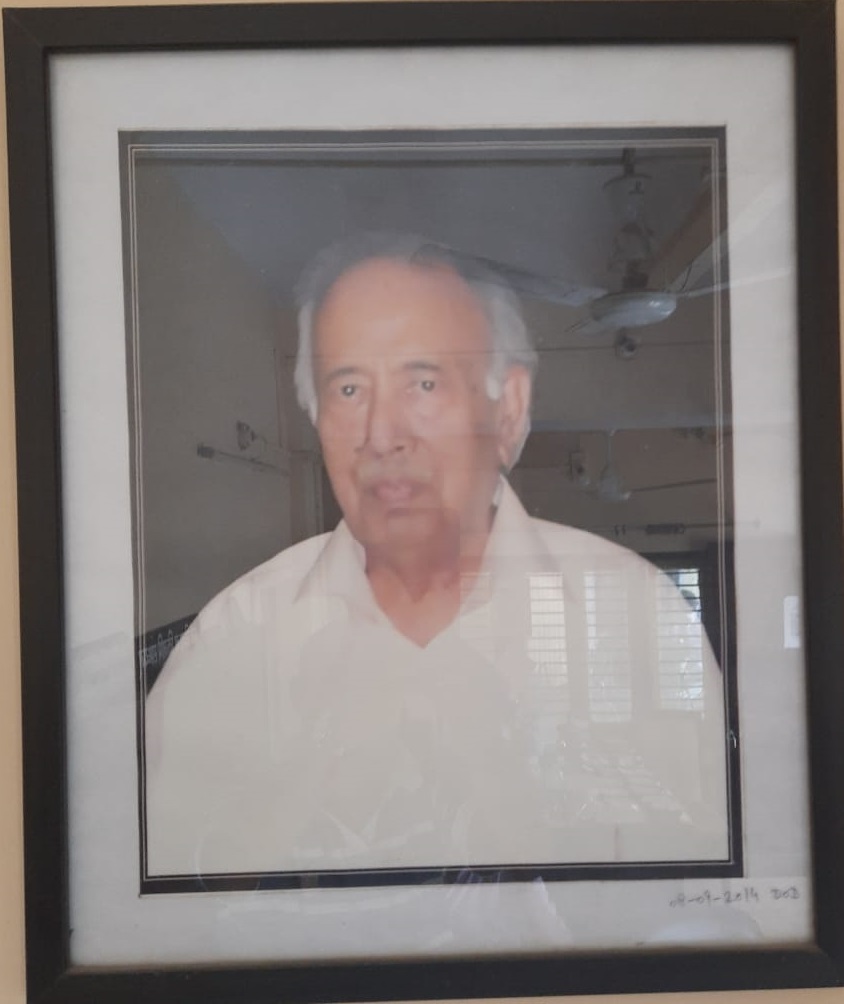 During the exchange, Sh. Sarvajya was reminded of his father’s memories, the contribution that shall remain in the long run of Tibetan freedom struggle and for justice to prevail. He was also apprised of the growing mass support for Tibetan cause and the ever-growing voice of Indian Tibet Support Groups throughout India for the conferment of Bharat Ratna for His Holiness the Dalai Lama.

Mr Tsultrim Dorjee, Tibetan Welfare Officer, expressed gratitude on behalf of his settlement and also shared with him about his journey of service for more than 37 years including his recent assignment to Herbertpur in November 2019 from Pokhara, Nepal.

The welfare officer urged Sh. Sarvajya to carry forward the legacy which his father has left behind till the completion of TibbatMuktiSadhana.

A token of appreciation with the book, “Thank You India” was given away by Mr Tsultrim Dorjee to Sh. Sarvajya Gupta.

Moved by the accounts of his father late Sh. Badri Prasad Gupta’s legacy, Sh. Sarvajya said the profound contribution made by his father towards the Tibetan cause made him and his family fill with pride.

Yet he admits through his experience and business tours, very little of Tibetan existence and contribution was known by Indian people. And he assured the Tibetan delegation to revive and rekindle the flame of support for Tibet from this region and beyond. 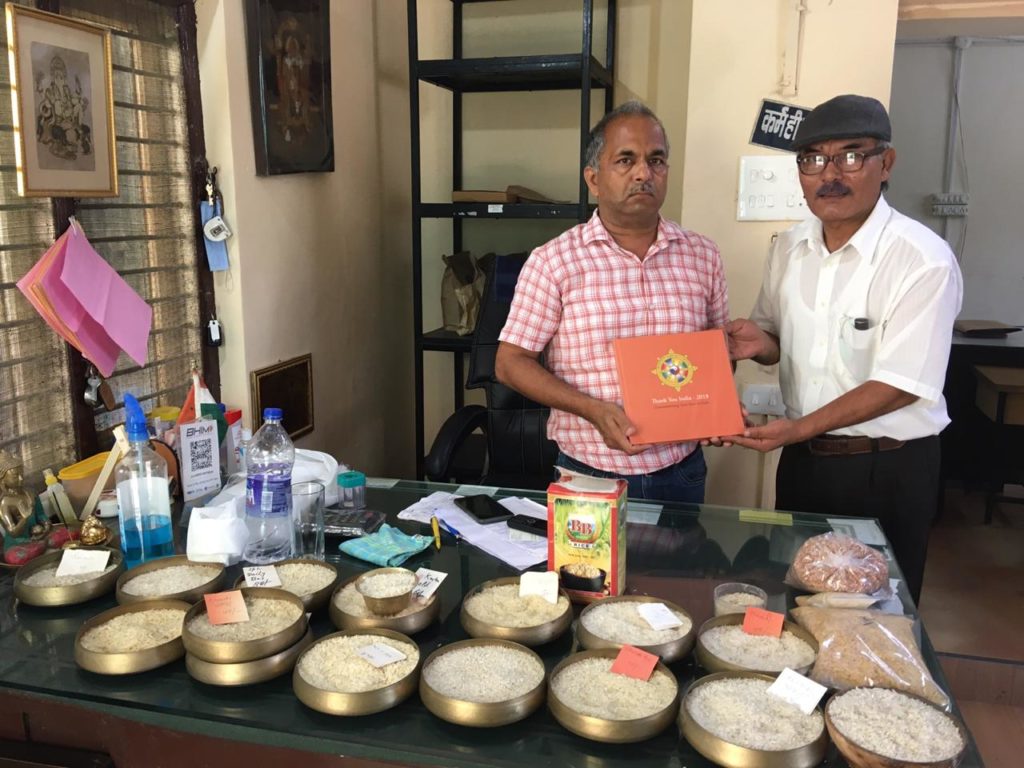