Resistance is Alive Inside Tibet 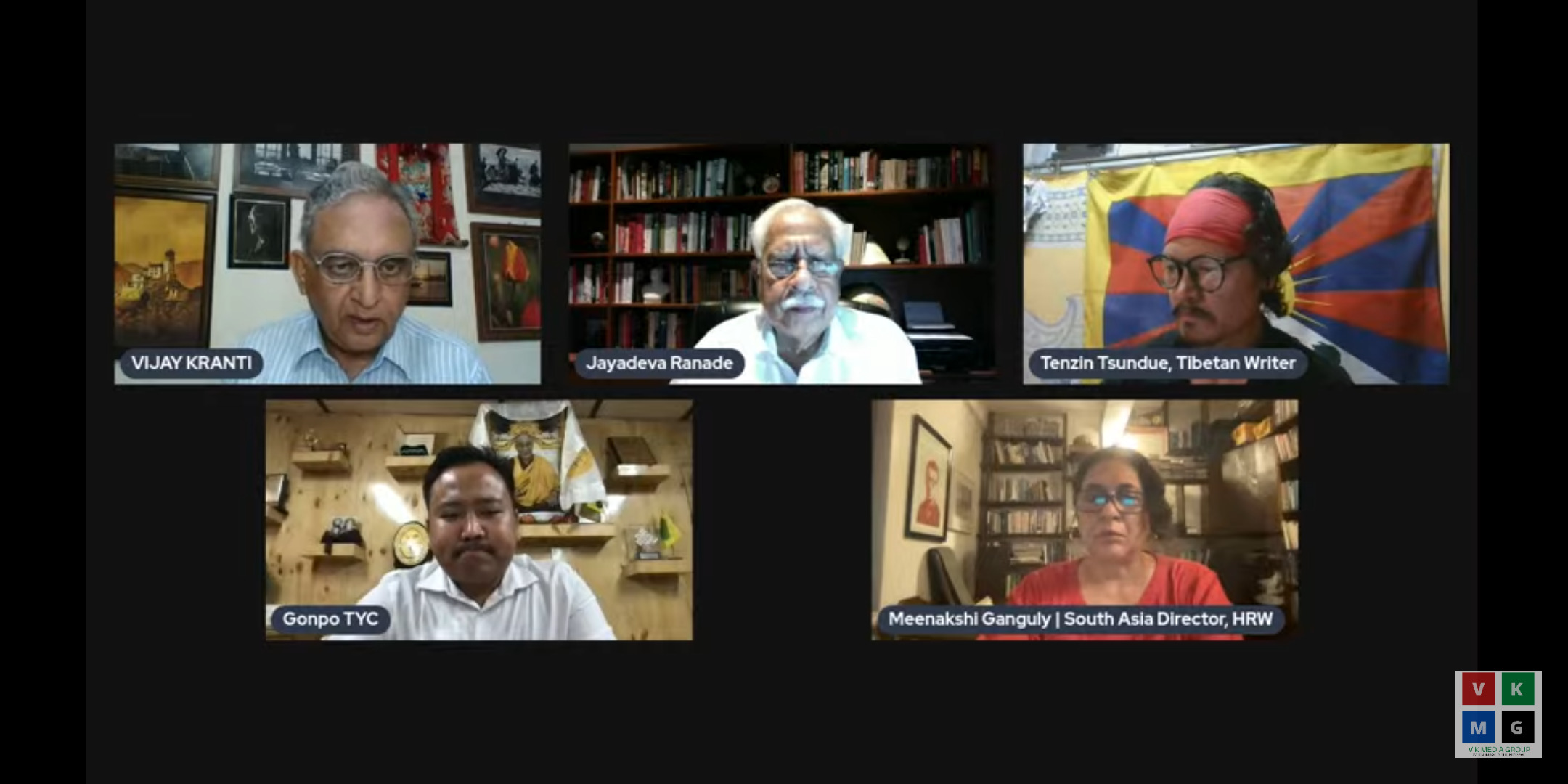 New Delhi: A common observation among a group of experts on China, Tibet and Human Rights who discussed ‘Human Rights Situation Inside Tibet’ last night in a webinar was that President Xi Jinping’s desperate move to wipe out Tibetan language and to occupy the Tibetan religious system is a clear admission of the fact that despite 72 years long colonial control over Tibet the Chinese rulers have failed in winning the loyalty of Tibetan masses. It also proves that resistance among the Tibetan people against their Chinese masters is still alive.

The webinar was organized jointly by the Centre for Himalayan Asia Studies and Engagement (CHASE) and Tibetan Youth Congress (TYC) on Tuesday the 7th June evening and was 13th in the ongoing series of international webinars on Tibet since April 2021. Three main speakers at this webinar were Jaydeva Ranade, a famous expert on China and President, Centre for China Analysis and Strategy; Meenakshi Ganguly, South Asia director at Human Rights Watch; and Tenzin Tsundue, a leading Tibetan poet, writer and activist.

Ranade spoke in details about how the Communist Party of China’s security apparatus inside Tibet has institutionalized an ‘Iron Grid System’ which ensures that no citizen of Tibet is ever far from a police station. He said, “Although China calls its police posts in Tibet as ‘Convenience Stations’ but in practical terms the Chinese police or its agents are never more than 50 meters away from any spot of action. They can reach there within a few minutes”. On a lighter note he referred to a common Tibetan expression that the vast digital blanket surveillance system developed by China in Tibet is the biggest employer of Tibetan people as its spies and agents.

Ranade underlined Chinese rulers’ worries and uneasiness about Tibet. He pointed out that like in the case of Panchen Lama they don’t want to reach a situation where there are two Dalai Lamas after the demise of present Dalai Lama. That is why they are trying to capture and tame the entire Tulku system in Tibet. Their other worry is the undying spirit of Tibetan people. They are shocked to note that despite the absence of Dalai Lama from Tibet for over six decades, the new generations have maintained their faith in Buddhism, Dalai Lama and their cultural identity. To convert the coming generations of Tibetans into loyal Chinese citizens the Chinese Communist Party apparatus in Tibet has brought in big changes in the education system which are aimed at wiping out Tibetan language and are rewriting Tibetan history to wash out the cultural imprint from Tibetan minds.

Tenzin Tsundue said that China is not interested in the Tibetan people but is deeply interested in the vast mineral resources of Tibet. He said that the real power house of China’s present prosperity and industrial progress is the mineral resources of its three major colonies Tibet, East Turkistan (Xinjiang) and South Mongolia. From Tibet the Chinese companies are mining out precious minerals like Lithium, Copper, Gold and Rare Earths. “It is unfortunate that China is looting these colonies with the help of modern mining technology of the western countries who are also providing their markets to the Chinese products made from this stolen property. Hence these countries are equally responsible for denial of human rights to the people of these victim Chinese colonies. It is high time that the West corrects this sin sooner than it is too late,” he said.

He also raised the issue of cultural destruction of Tibet by China. He said that like any other society the religion, culture and language of a country are the real binding forces of the Tibetan people. China is now systematically destroying all of them in Tibet.

In her perspective on human rights situation inside Tibet Ms. Meenakshi Ganguly spoke of her experience with some escapee Tibetan children some years ago whose parents had smuggled them out of Tibet so that they could get good get the right kind of Tibetan education. But over the years China has sealed off its borders and Nepal has ceased to be a safe passage for such children and other Tibetan who are willing to escape from Chinese rule.

Speaking about severe Chinese controls over the Tibetan people Ms. Ganguly pointed out that it is not even possible for ordinary Tibetans to make a phone call to their family members or friends out of Tibet. They are jailed for such minor acts. Referring to recent anniversary of Tien Anmen Square massacre of Chinese democratic youths by the Chinese government in 1989, she regretted that the world has failed in making Chinese government accountable for such heinous crimes. Pointing at China’s increasing control over and interference in the functioning of many major international institutions she called upon the world community to join hands to make China accountable for its crimes.

In his concluding comments and vote of thanks Gonpo Dhundup said that the Tibetan struggle is not just limited to restoration of human rights. The real issue is Tibetan independence. Referring to Chinese President Xi Jinping’s current policy of complete assimilation of Tibetans into the Chinese Han identity, he said that this also shows the failure of Chinese governments in winning over or taming the hearts of Tibetan people. China’s new policy of wiping out Tibetan language and draconian restrictions on people of Tibet is a formal testimony to the fact the Tibetan resistance against Chinese colonial rule is alive inside Tibet. Prof Aayushi Ketkar handled the questions answer session. 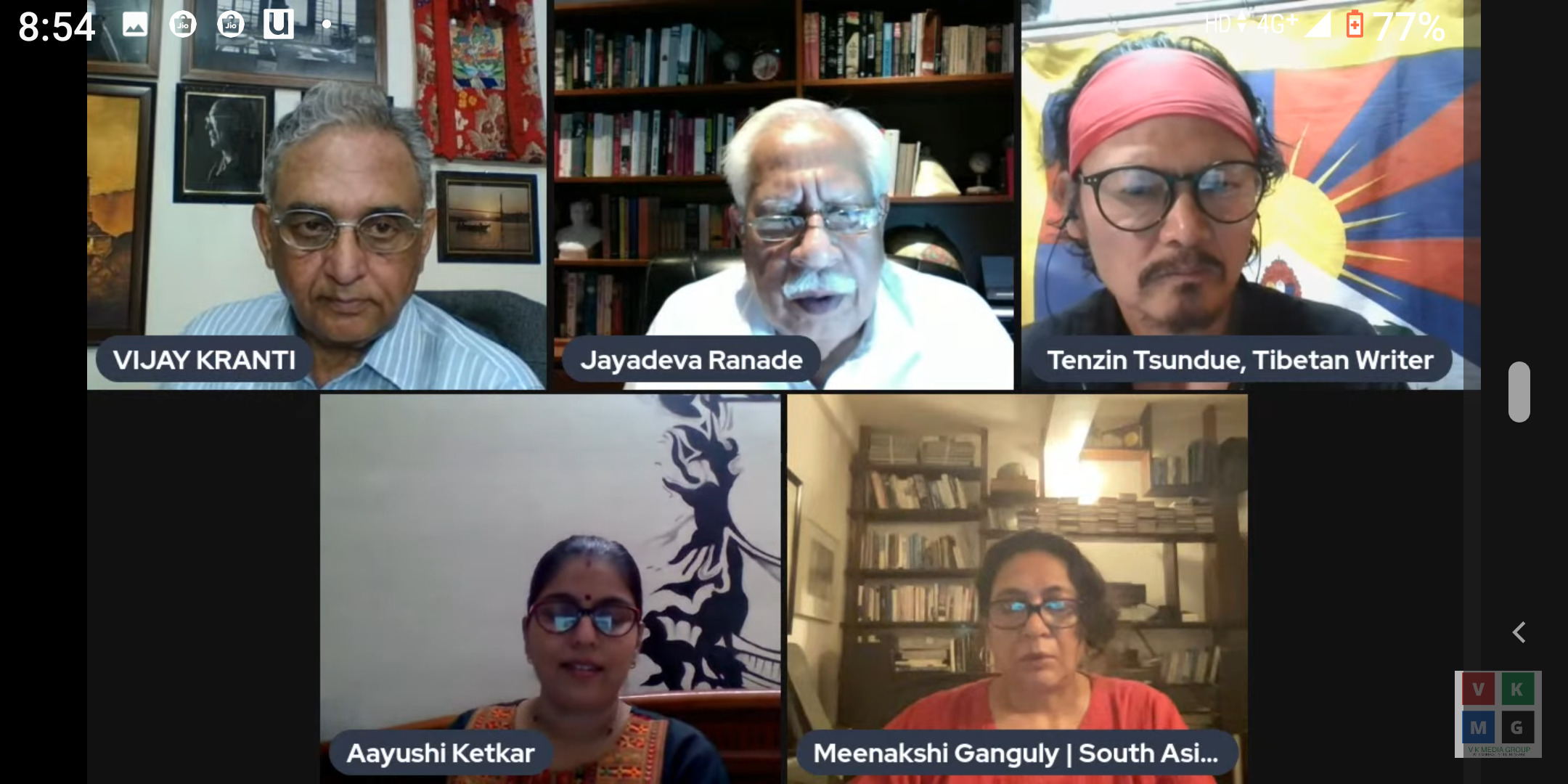 Dalai Lama is ultimate symbol of Tibet as a nation, writes Ngodup Dongchung