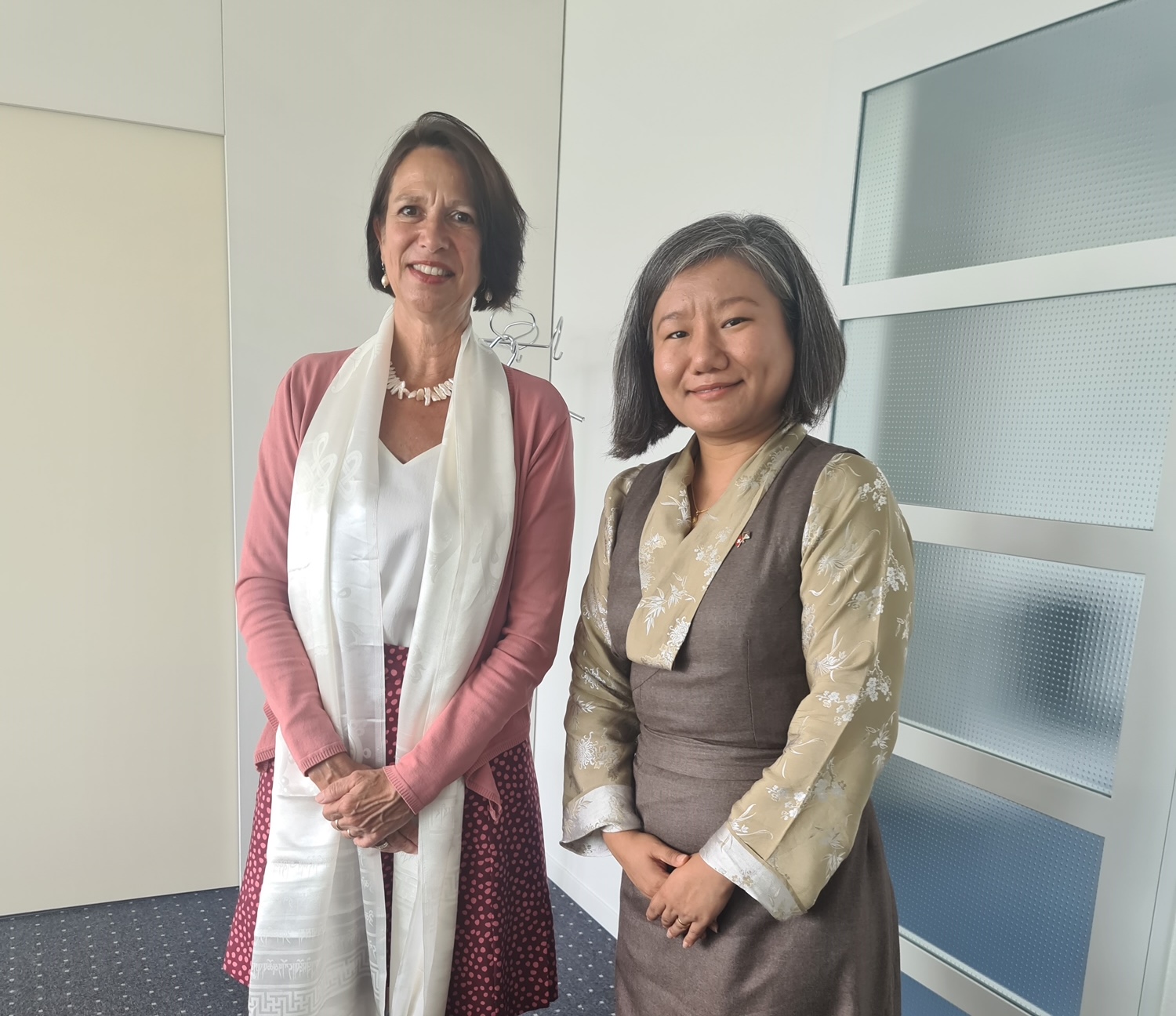 Geneva: Representative Thinlay Chukki of the Tibet Bureau paid a courtesy call to the State Secretary for Migration of Switzerland Ms Christine Schraner Burgener on Monday, 15th August 2022. The meeting was also joined by advocacy officer Kalden Tsomo from the Bureau and President of Swiss-Tibetan Friendship Association Thomas Büchli.

During an hour-long meeting, the two discussed, inter alia, the significant role each individual can contribute to advancing human rights and bringing sustainable solutions for people and communities in need. State Secretary Burgener shared past experiences and her critical involvement in the release of former political prisoner late Tanak Jigme Sangpo as one of her key highlights in the field of human rights-specific diplomatic service. She further recalled her meeting with His Holiness the Dalai Lama at Tibet Institute Rikon.

Representative Chukki thanked the State Secretary for her close involvement and clear understanding of the situation of the Tibetan people. She briefed the overall situation of human rights in Tibet and expressed concern over China’s transnational repression and pressure tactics even in democratic countries, including Switzerland. She also raised the hardship situation of Tibetans without paper in Switzerland.

Representative Thinlay presented a briefing folder containing briefing notes on the current situation in Tibet, Central Tibetan Administration and its Middle Way Approach to finding a pragmatic solution for the Sino-Tibet conflict.

State Secretary Ms Burgener has an international law background and human rights expertise with over 30 years of professional career as a Swiss diplomat. She recently served as the UN Special Envoy in Myanmar. While serving in the human rights section of Swiss Federal, she was part of the team that started the Swiss-China Human Rights dialogue.

Representative Chukki thanked the State Secretary and offered her an autobiography of His Holiness the Dalai Lama.

-Report filed by the Tibet Bureau in Geneva.