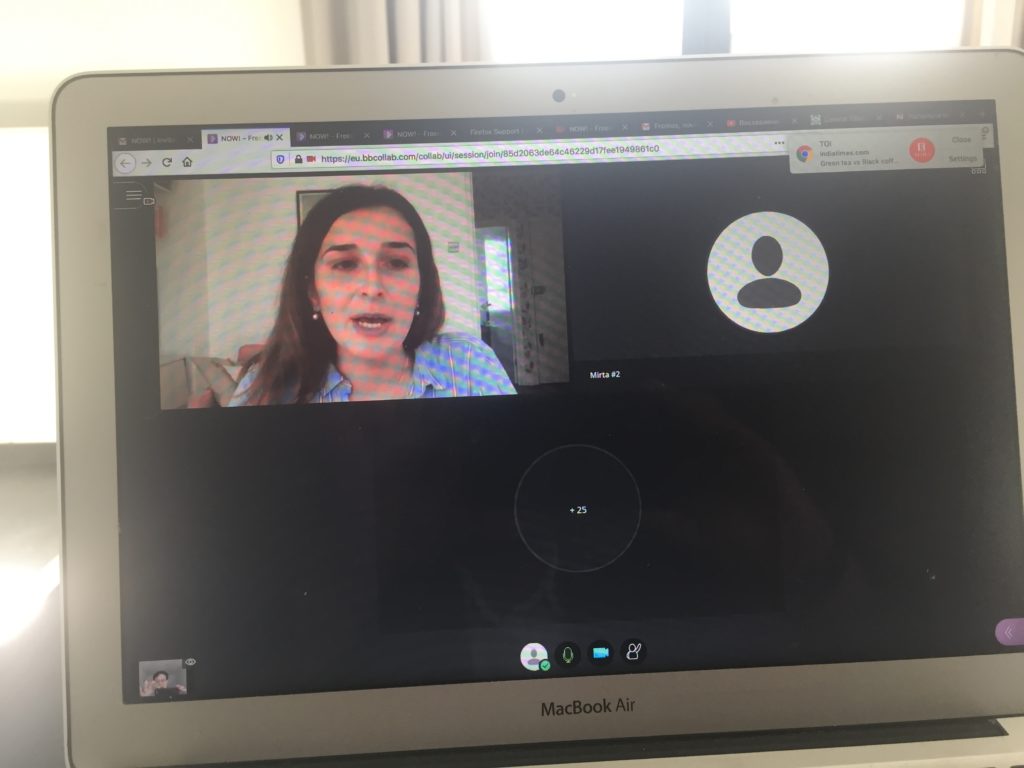 Brussels: The international movement called ‘NOW’ based in Brussels organised a 24-hour marathon event and discussions to highlight the oppressed nations and regions under China. The issues of Tibet, Taiwan, Hongkong, East Turkestan and South Mongolia were the main focus.

The webinar was organised on September 15, International Democracy Day. Representative Tashi Phuntsok was invited to speak on how democracy was introduced in the Tibetan Community. He explained in detail and went through the various phases of Tibetan democratisation.

He was also asked how Tibetan struggle for genuine autonomy would succeed given Chinese renegation in Hongkong. He explained the lesson we could learn from it. However, there is no better way to resolve the issue of Tibet than through the Middle Way approach. The success of the European Union is based on working for the common good via debate, discussion, dialogue and then arriving at a mutually beneficial decision.

The organisers announced Representative Tashi Phuntsok as the main speaker on the ‘Democracy in exile, the new model to counter authoritarianism?’ thus: “It all seemed lost. Well, it’s not. From the start of China’s invasion of Tibet, in 1950, Beijing cracked down on the Tibetan model of governance and the traditional way of life. From seeking to replace the language, to forcing the Dalai Lama into exile, China left no room for dissent. But Tibetans have created an alternative model of governance in exile which could be a model for others under the oppressive regime of China.”

He delved how His Holiness declared his semi-retirement in 2001 and full retirement in 2011, leading to a democratically elected political leader, known as the President of Central Tibetan Administration.

The organiser “believed that the Representative’s participation in the event would be incredibly important in raising awareness about the struggle of Tibet, its work for democracy and unique model of governance, and would help in further mobilise the international community to support Tibet”. 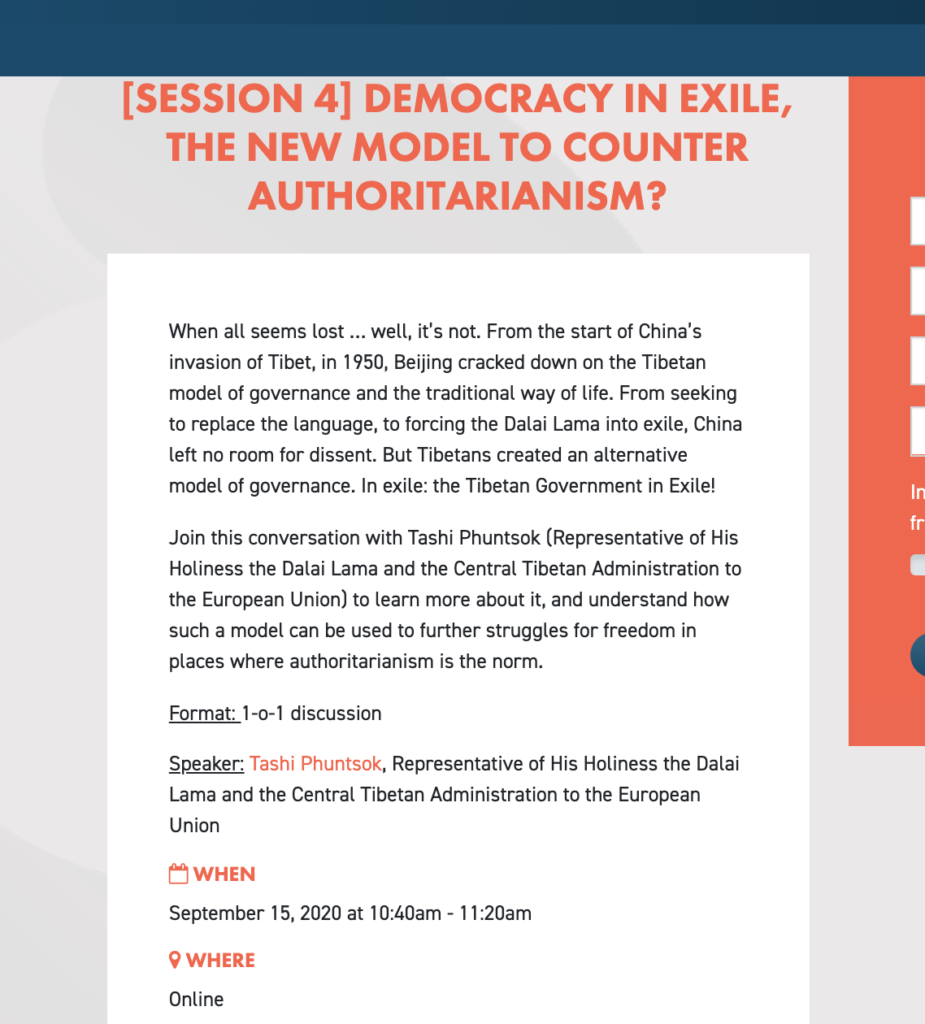 Representative Tashi Phuntsok speaks on Tibetan ‘Democracy In Exile, The New Model To Counter Authoritarianism?’ as part of the NOW initiative.