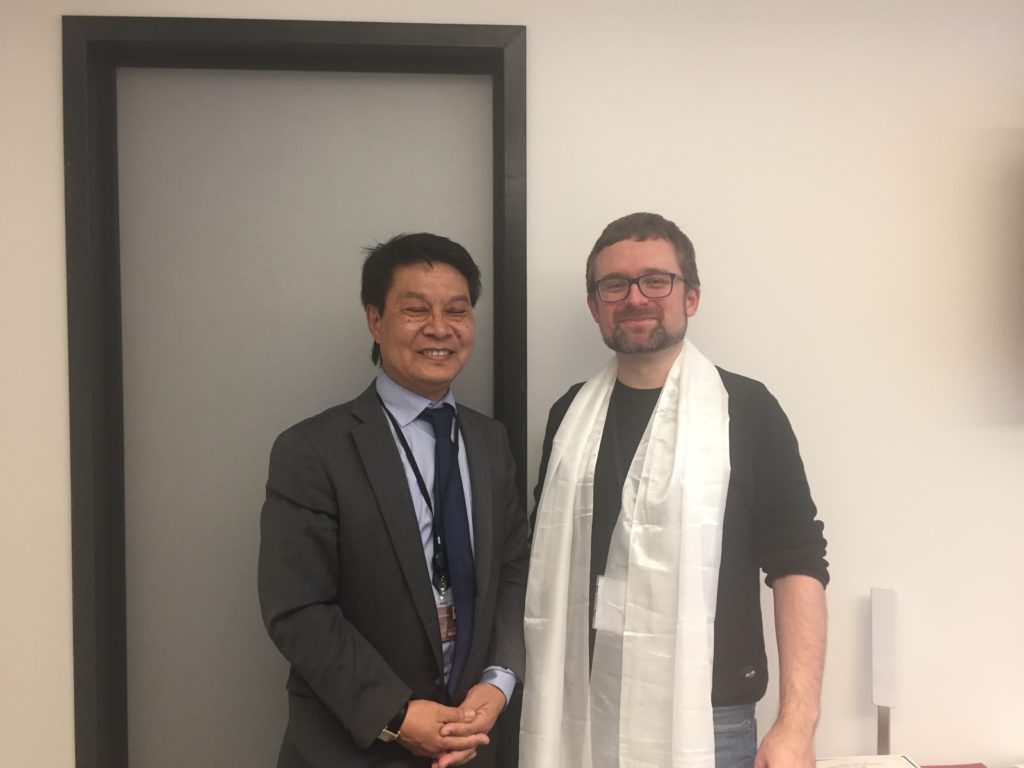 This is the first advocacy meeting in European Parliament after the recent winter festive season. Mr Peksa is a prominent Tibet supporter from the Czech Republic. He was present in the Geneva Forum 2019, organised by Central Tibetan Administration (CTA) and Tibet Bureau, Geneva in November 2019 in Geneva. He and Mr Phuntsok both spoke in the last panel of the Forum under the theme “Combating Fears of a China-Led Orwellian World”.

There was also a proposal of MEPs and Assistants visiting Dharamsala. The formation of new Tibet Interest Group in the current Parliament was also discussed in earnest.