Representative Ngodup Tsering with Ambassadors from South and Southeast Asian Countries and other prominent guests.

The event was organised by the American Hindu Coalition headed by Shri Tiwari and Ambassador Kapur. Mr Kapur was the former Secretary of the Ministry of External Affairs, Government of India and former Ambassador of India to Cambodia.

Several Ambassadors attended the event, including Ambassadors from Myanmar, Sri Lanka, Guyana (who was also the former President of Guyana), Nepal, India, and all of them addressed the gathering. While wishing everyone a happy Diwali, Representative Tsering expressed gratitude to the People and Government of India for the extraordinary support and generosity shown to His Holiness and Tibetan people. He said the Tibetans always revere India as an ARYA BHUMI, the land of Saints and Arhats and many of them have visited Tibet since the 8th century and helped establish Buddhism firmly in the Snow land.

Guests included numerous dignitaries, including the USAID Senior Deputy Assistant Administrator Mr Craig Hart and US government officials. The event started with a prayer from Swamin Anuttama Prabhu, followed by a beautiful Sitar Recital by a well-known musician, Vidhushi Atif Laila, accompanied on Tabla by Monir Hossain. The chair and co-chair of AHC explained the positive contributions of Indian origin in the United States, which numbers now 5 million. The event ended with a Gala Dinner for all the participants and guests. 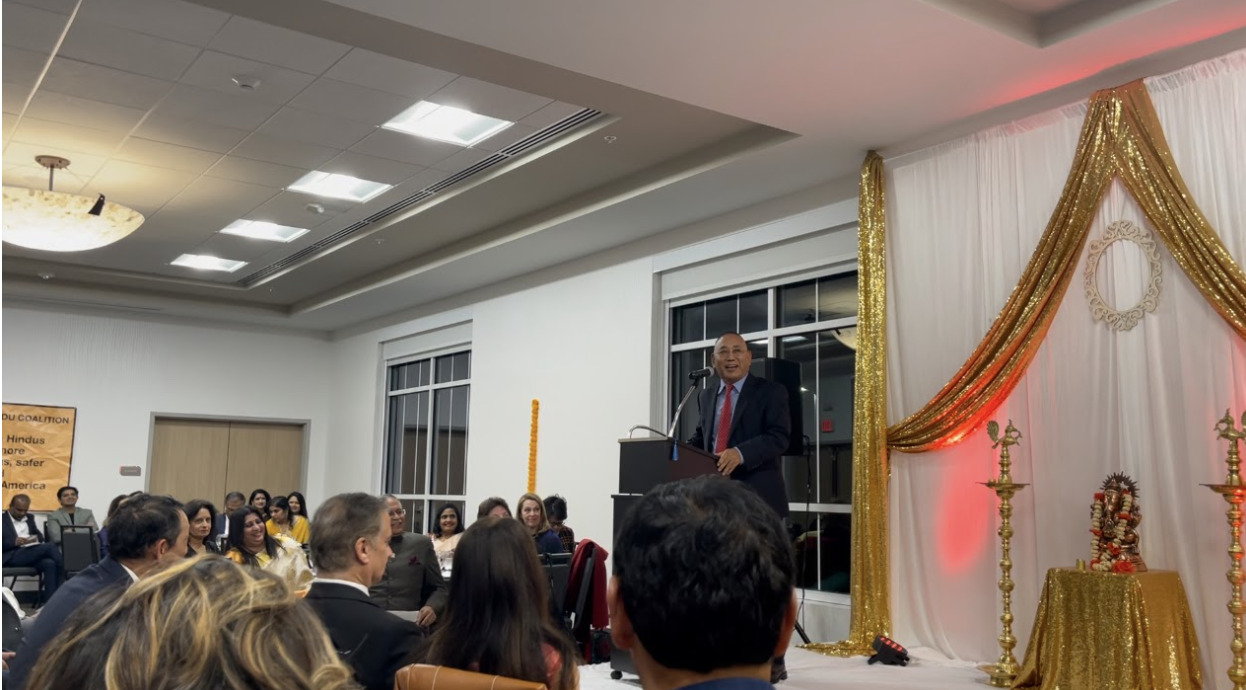 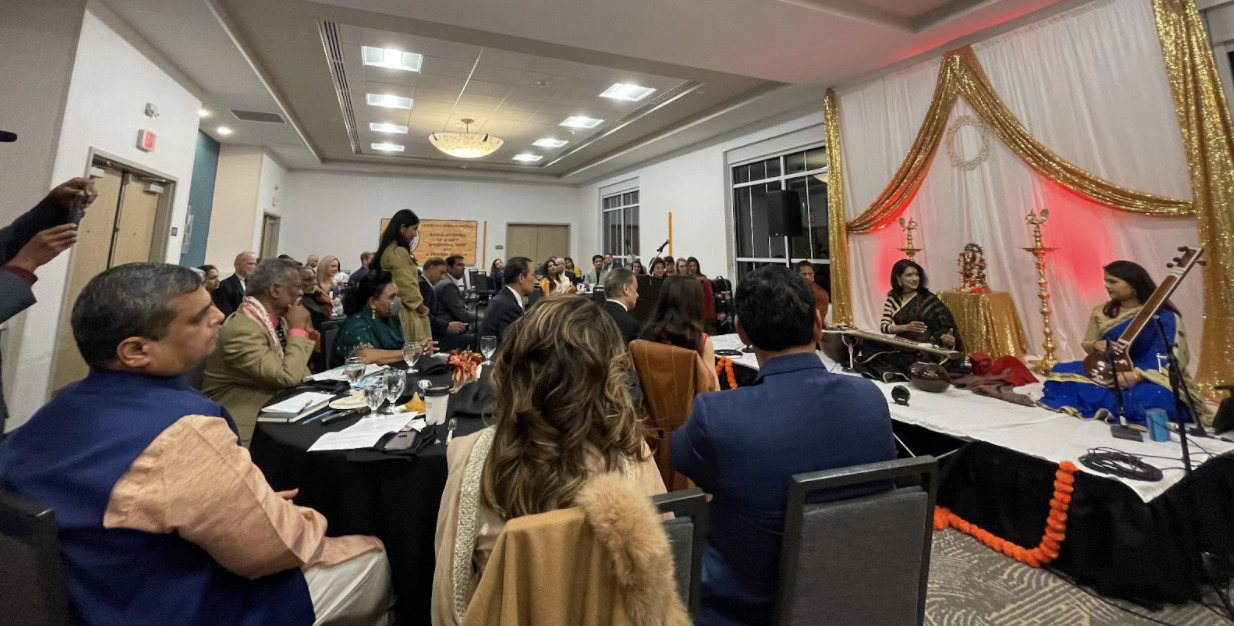