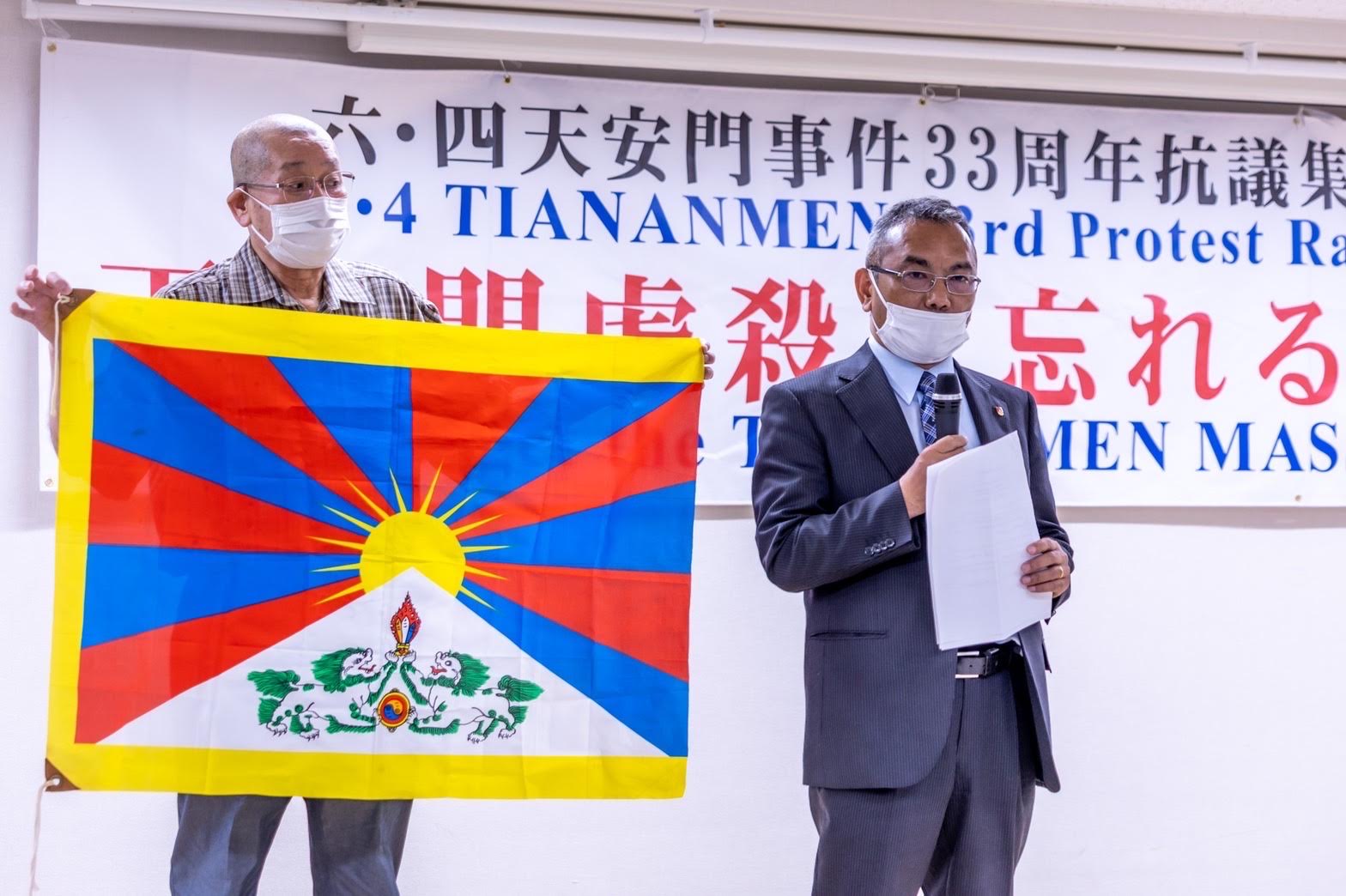 Tokyo: 4 June Tiananmen Square massacre incident memorial event was observed today with a protest march and slogans before the Chinese embassy, a talk event at Bunkyoku Community Center hall, and a candlelight vigil in Tokyo. The event organiser, Tiananmen Massacre Jiken Protest Committee, invited Representative Dr. Arya Tsewang Gyalpo, Liaison Office of His Holiness the Dalai Lama for Japan and East Asia, to speak at the event in Tokyo.

The panel of speakers comprised of Ou Tai, Chairman of the Chinese Democracy Movement; Chen Pokong, a Chinese-American columnist; Daichin Olhund of South Mongolia; and William of Honkong Democracy Movement. Zhou Fengsou, a Chinese human rights activist from the U.S. and President of Humanitarian China participated online. Kojima Takayuki, Chairman of the Committee, presided over the event.

A video recording of the Tiananmen Massacre and the brutality of the Chinese army was shown to the audience. The committee members read the poem on the Tiananmen massacre by 2010 Nobel Peace Laureate Liu Xiaobo in Chinese and Japanese languages. The speakers spoke on how the Chinese communist leadership brutally strangled the voice of young China and took the lives of the protestors with impunity. They urged the Chinese leadership to face reality and become a part of the international community by embracing democracy and the rule of law.

Representative Arya thanked the committee for inviting him to the event and for providing an opportunity to present the Tibetan views on the Tiananmen massacre. He expressed the Tibetan people’s solidarity with the Chinese brothers and sisters in their continued fight for freedom and democracy in China. He said although the Chinese communist leadership tried to suppress the voice of democracy and young China 33 years ago, their voice are still alive and vibrant not only in the heart of millions of Chinese but also in the heart and minds of millions of international communities.

Representative Arya talked about Chinese atrocities, human rights violations, suppression of religious freedom, and why the Tibetans are committing self-immolations in Tibet. He refuted the Chinese communist leadership’s allegation that Tibetans are separatist and anti-China. The destructions of Larung-gar and Yarchen-gar Monasteries, the forced separation of Tibetans and Chinese devotees, and the non-disclosure of Tibetans’ Memorandum on Genuine Autonomy for Tibet to the Chinese public are indicative of the fact that the Chinese communist leadership is the real separatist, not the Tibetans, he said.

The hall was fully packed with intellectuals and supporters from Japanese, Chinese, South Mongolian, and Hongkongers. Ven. Hayashi Shuei and Ven. Kobayashi Shuei of Super Samgha, a non-partisan association of Japanese sangha for Tibet, also attended the event.

The Talk event ended with a resolution expressing support and solidarity with the Chinese people’s demand and struggle for democracy in the homeland. The resolution urged the Chinese leadership to stop suppressing and committing atrocities against its people.

A press conference was conducted thereafter, wherein the organizers and the speakers interacted with the media. Pictures displaying the brutality and suppression of the protest are displayed at the hall’s entrance. 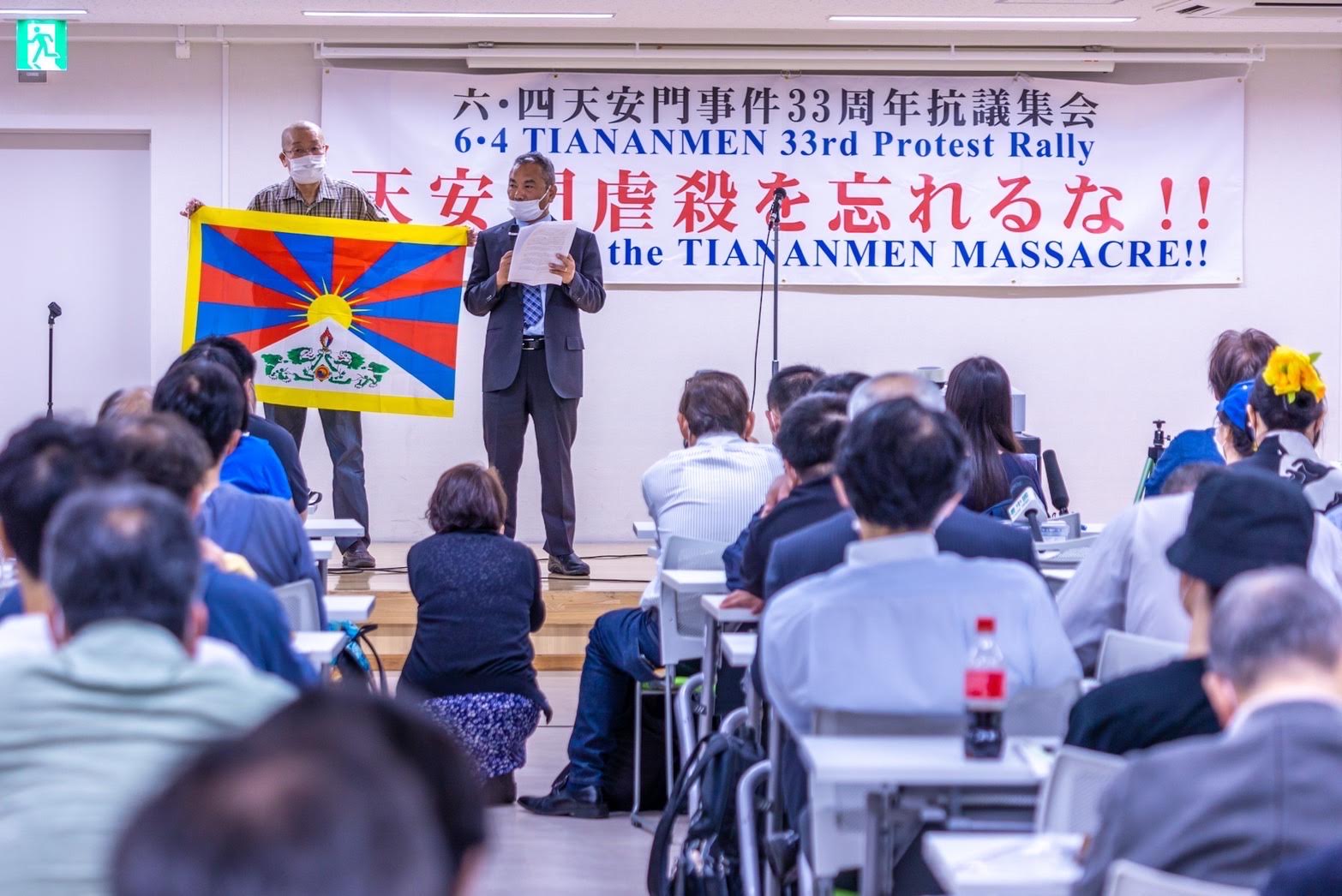 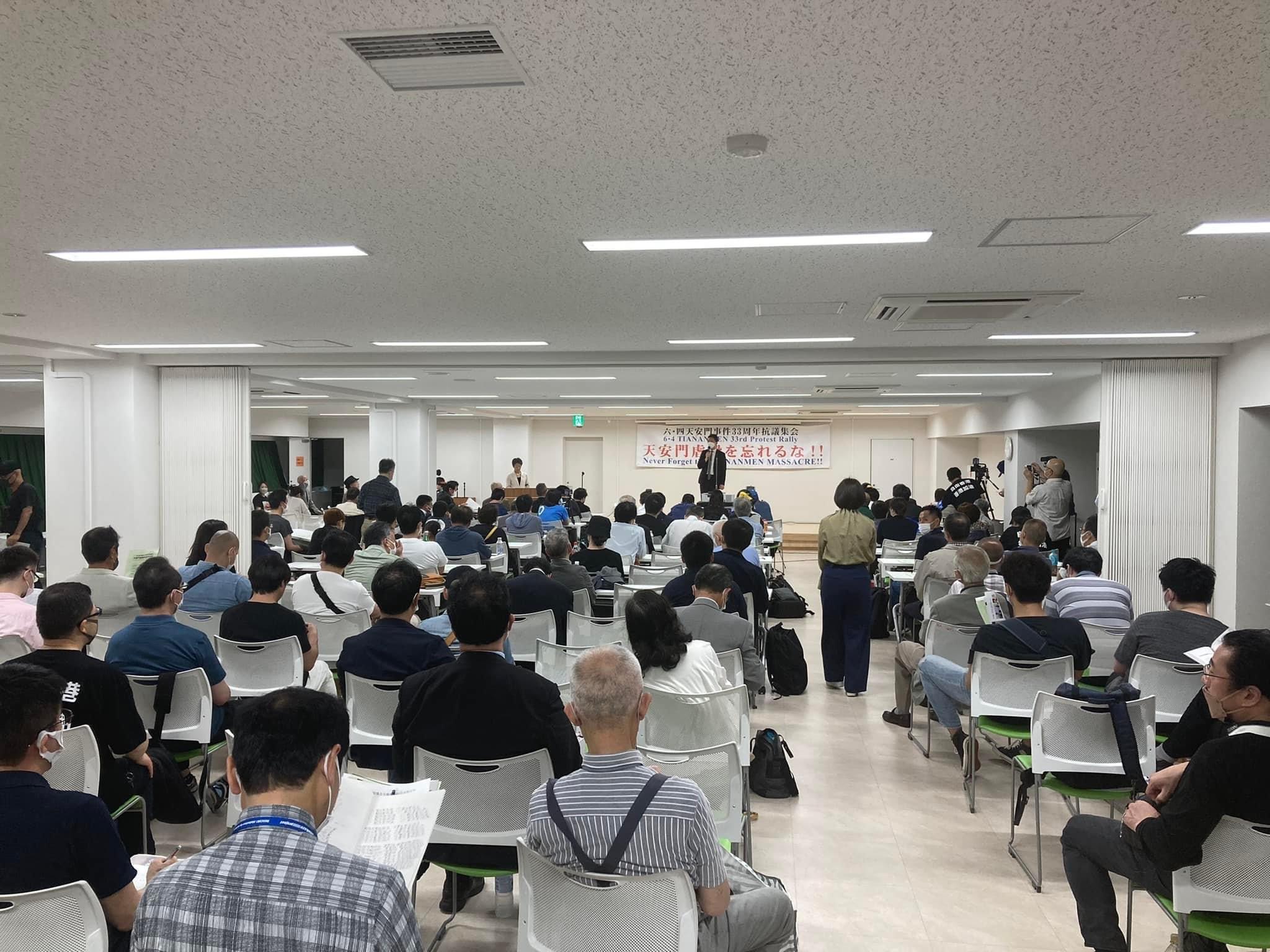 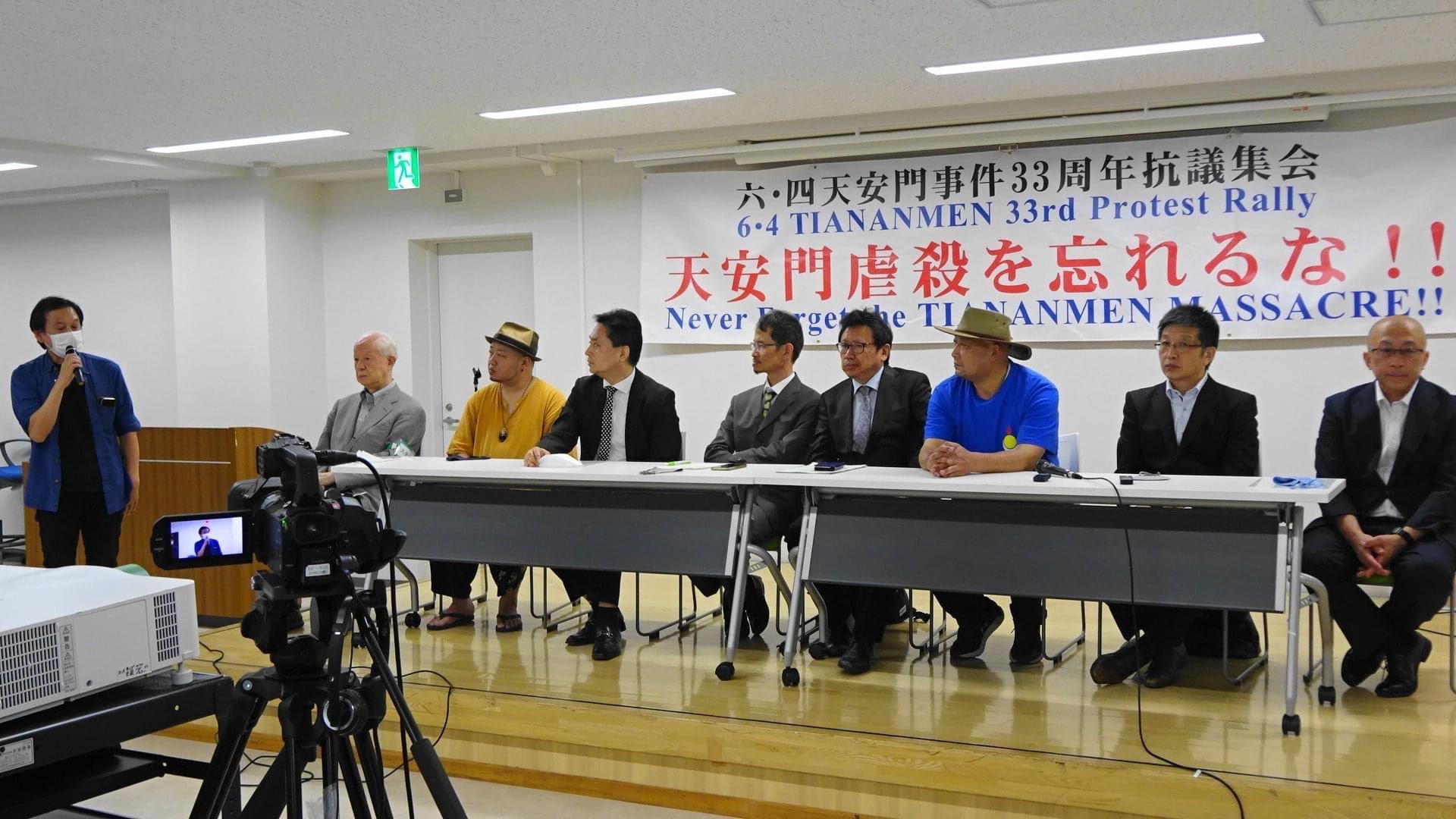 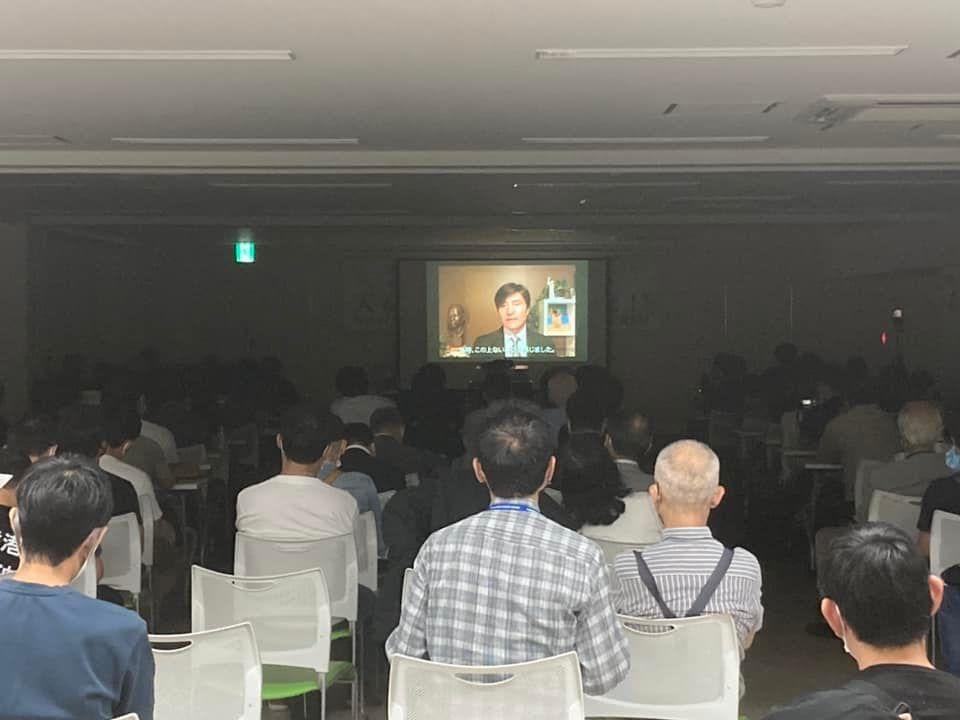