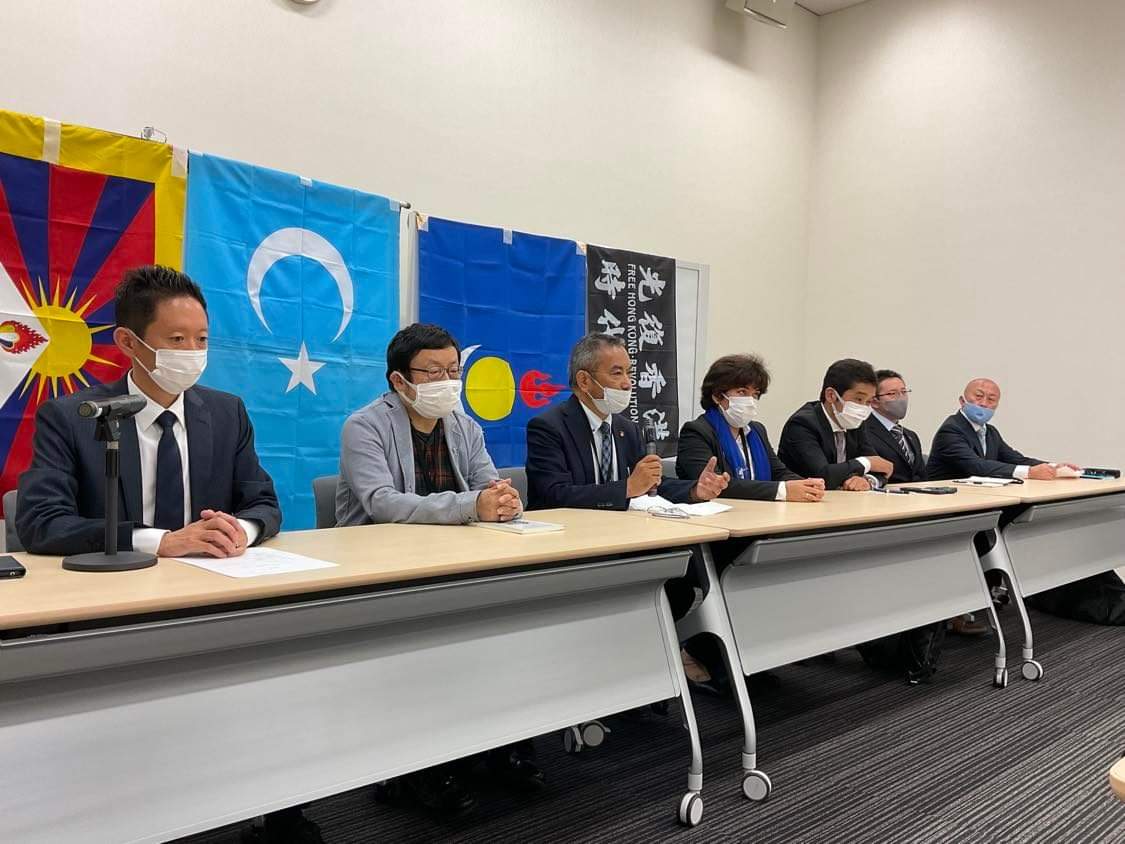 The panels and the representatives

Tokyo: On the closing day of the Japanese parliament session today, a Press conference was organised at the Lower House’s conference room where the representatives of the people under Chinese occupations gave a press conference to appeal to the parliamentarians for their causes. Free Indo-Pacific Alliance coordinated the press conference. Nagao Takashi, a former General Secretary of Japan Parliamentary Support Group for Tibet, and Miura Kotaro, author and essayist, presided over the conference.

Japan’s Shugiin, Lower House, passed the bill last February in which China was criticised and condemned for violating human rights and religious freedom in the occupied regions and territorial aggression in the neighbouring countries. It was expected that the Upper House, too, would pass the bill during this session. The press conference was called in the wake of the failure of the Upper House to pass the bill and appeal to the parliamentarians on the issue.

Representative Dr Tsewang Gyalpo Arya said that the previous resolution by the Lower House condemning China for human rights violations was received very well by the international community, and it gave great hope to the people suffering the repressive communist regimes. Moreover, it has sent the right message to the Chinese leadership that the world is watching. However, he expressed regret that the bill failed to pass in the Upper House.

Representative Arya said the CCP leadership has become a threat and cause of war and instability. Japan is a free and democratic nation. It can significantly promote peace and stability in Asia and the world. It should assume responsibility and leadership and speak for the people suffering human rights violations and injustice.

Gulistan Ezz of Uighur, Dr Govrud Archa of South Mongolia Kuriltai, Darhad Haschuluu of the World Mongolian Federation, and Nemoto Yukio of Stop Medica Genocide, addressed the press conference and expressed their shock and dismay over the failure to pass the bill in the Upper House.

The representatives apprised the press of the grave situation back home and requested the Diet members to support their struggle to gain freedom and justice. The Uighur Representative narrated the incident of torture and atrocities in the homeland in tears. 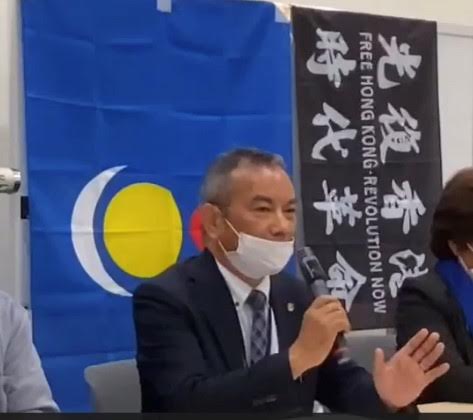