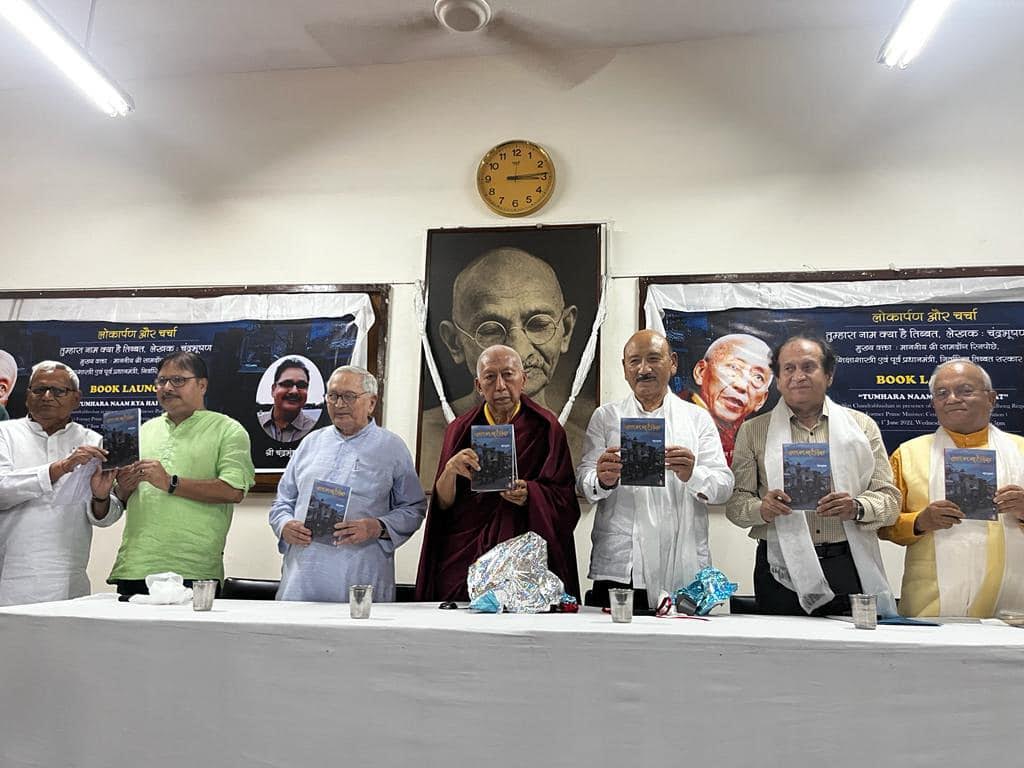 Shri Chandrabhushan, while introducing his book, outlined the manuscripts and blueprints of Chinese Communist Government that have devastated Tibet’s ecological resources, cultural assimilation, and extinction of Tibetan identity since 1949. He said that being part of the coordinated tour for journalists in 2015 under the Chinese Government, he visited Lhasa, Chengdu and other parts of Tibet. This book is a revelation of contemporary Chinese history, the tale of Tibet’s identity, the failure of Communist China’s newly designed policies, immeasurable damages caused by the growth of China’s Nationalistic approach and India’s compulsion at this stage.

Shri Chandrabhushan shared the realities and emotions of those Tibetans inside Tibet who have kept the flame of Tibet’s freedom unwavering and inextinguishable and their consolidated faith in His Holiness the 14th Dalai Lama and Central Tibetan Administration despite all the draconian efforts of tortures, imprisonment and subjugations.

Addressing the event, Rinpoche offered his sincere greetings and congratulations to Shri Chandrabhushan for his book on Tibet. Rinpoche shared that when he was first apprised about the book, he thought the book was about travel experiences of the author, but later, when he got to read the book, he came to know that the book isn’t a travel book alone as it has also covered and touched the culture and history, ancient and modern aspects of Tibet. It talks about Shantirakshita, Padmasambhava, Dipankarshirjan, Rahul Sanskritayan, Gedun Choephel and many other personalities and topics related to Tibet. 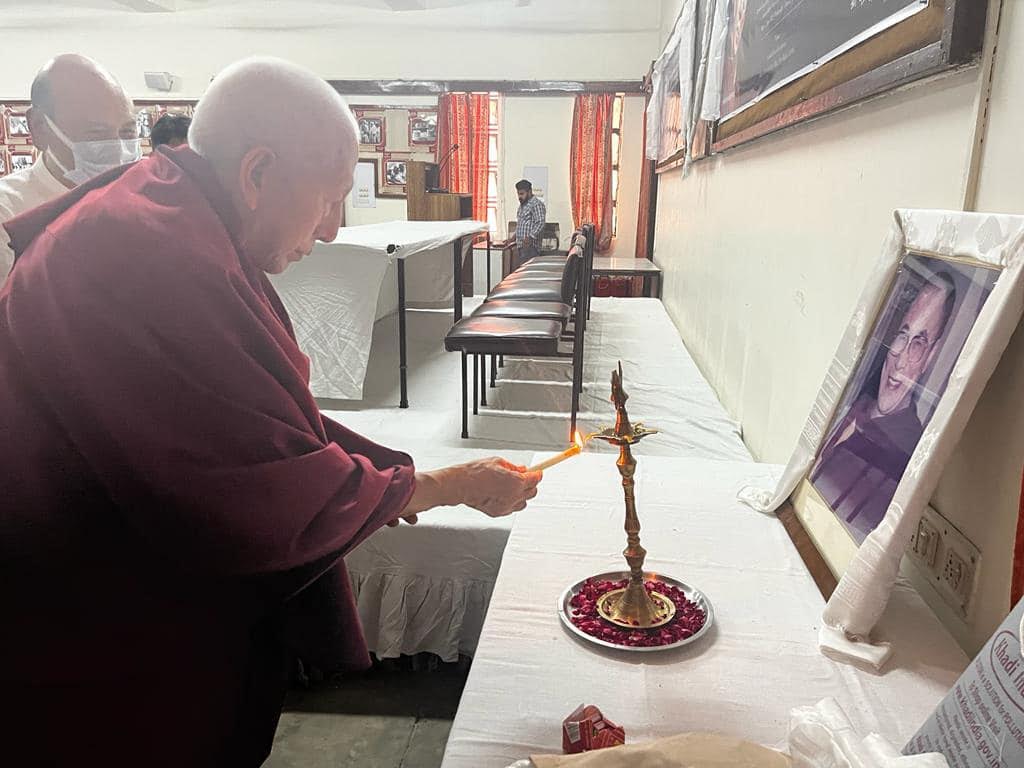 Prof. Samdhong Rinpoche lighting the lamp in front of His Holiness the Dalai Lama’s portrait.

Rinpoche mentioned that he wasn’t able to complete the whole book but had read some parts and felt that it was a good book on Tibet. Quoting Sakya Pandita’s sloka, “Even without eating a crab apple, one can tell its taste by its colour. When one has analytical intelligence, the innermost thoughts of others can be known”, Rinpoche said that one could know a good book by just a good observation of some part of the book. Concluding the book as significant, he requested the audience to read the book to understand and know more about Tibet.

Regarding the title of the book “Tumhara Naam Kya Hai – Tibbat”, Rinpoche expressed that as a representative of Tibet, he should answer the question. He continued that if someone asked him Tumhara Naam Kya Hai, Rinpoche said he would reply, “Mera Naam Bodh Hai”. Then, explaining in detail about the significance of the term, Rinpoche said that it is a Sanskrit term originated from India and the people of India in ancient times referred to Tibet as Bodh.

Welcoming Shri Ved Pratap Vaidik’s suggestions on Tibet’s future, Rinpoche said His Holiness the Dalai Lama, for the last three decades, envisaged the Middle Way Approach for the solution of Tibet. Under this approach, the eleven rounds of the Sino-Tibetan Dialogue were held for genuine autonomy for all Tibetans. However, the dialogue had stopped in 2011 because of the superficial demands of China. The first demand was to accept that Tibet is a part of China since ancient times, and the second demand was that the Genuine Autonomy included only the so called Tibetan Autonomous Region, excluding other traditional provinces of Tibet, i.e., Dotoe and Domey, which were total lies and unacceptable for Tibet.

Stressing the importance of Middle Way Approach, Rinpoche said that most people don’t know the difference between autonomy and independence. He enlightens that autonomy is the language of self-governing and independence is the language of politics. Rinpoche asked the audience to read Gandhiji’s Swaraj vs Independent to understand the Middle Way Approach better. 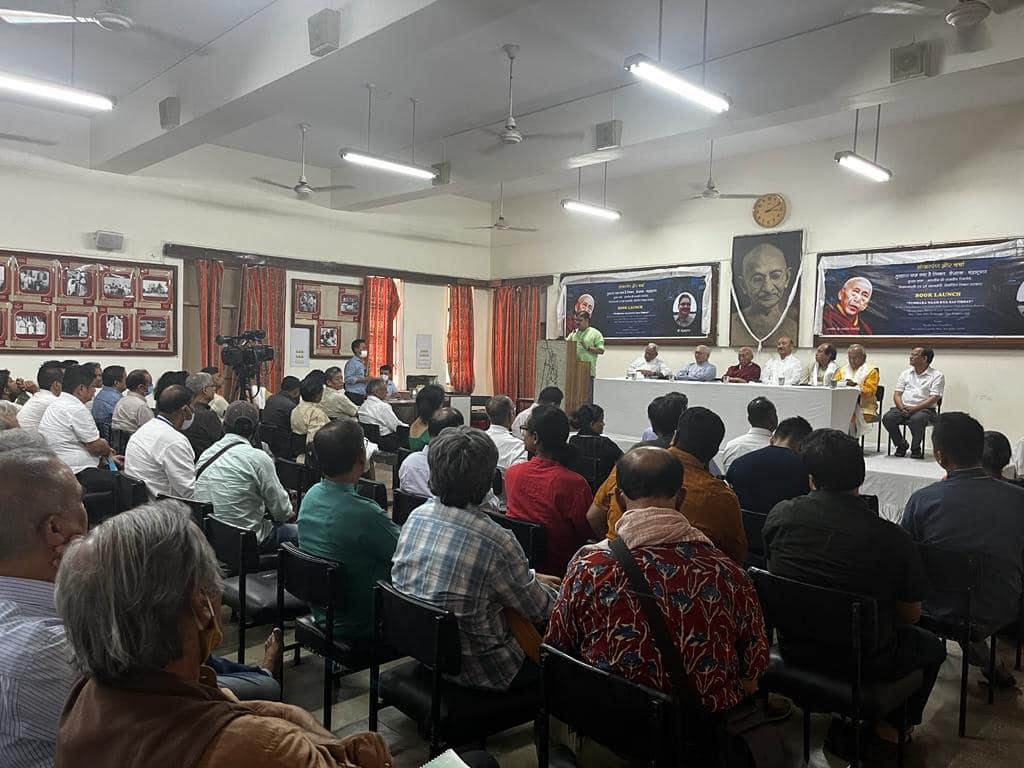 In his concluding remarks, Rinpoche addressed that the issue of Tibet is not only a concern to one or two countries, but it is a concern for the whole of humanity. Stating 200 years of world history with wars, destructions and adverse developments, which he referred to as a sign of terrible disease, he said that it is time for all of us to understand these all and work for the betterment of humanity and the world. 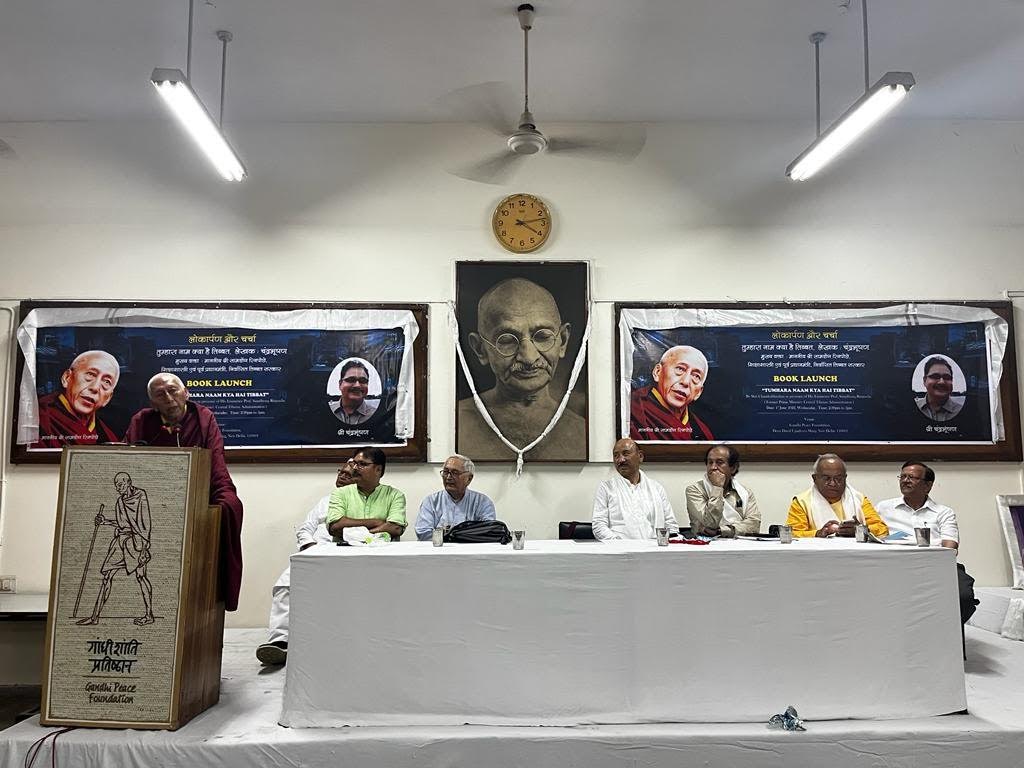 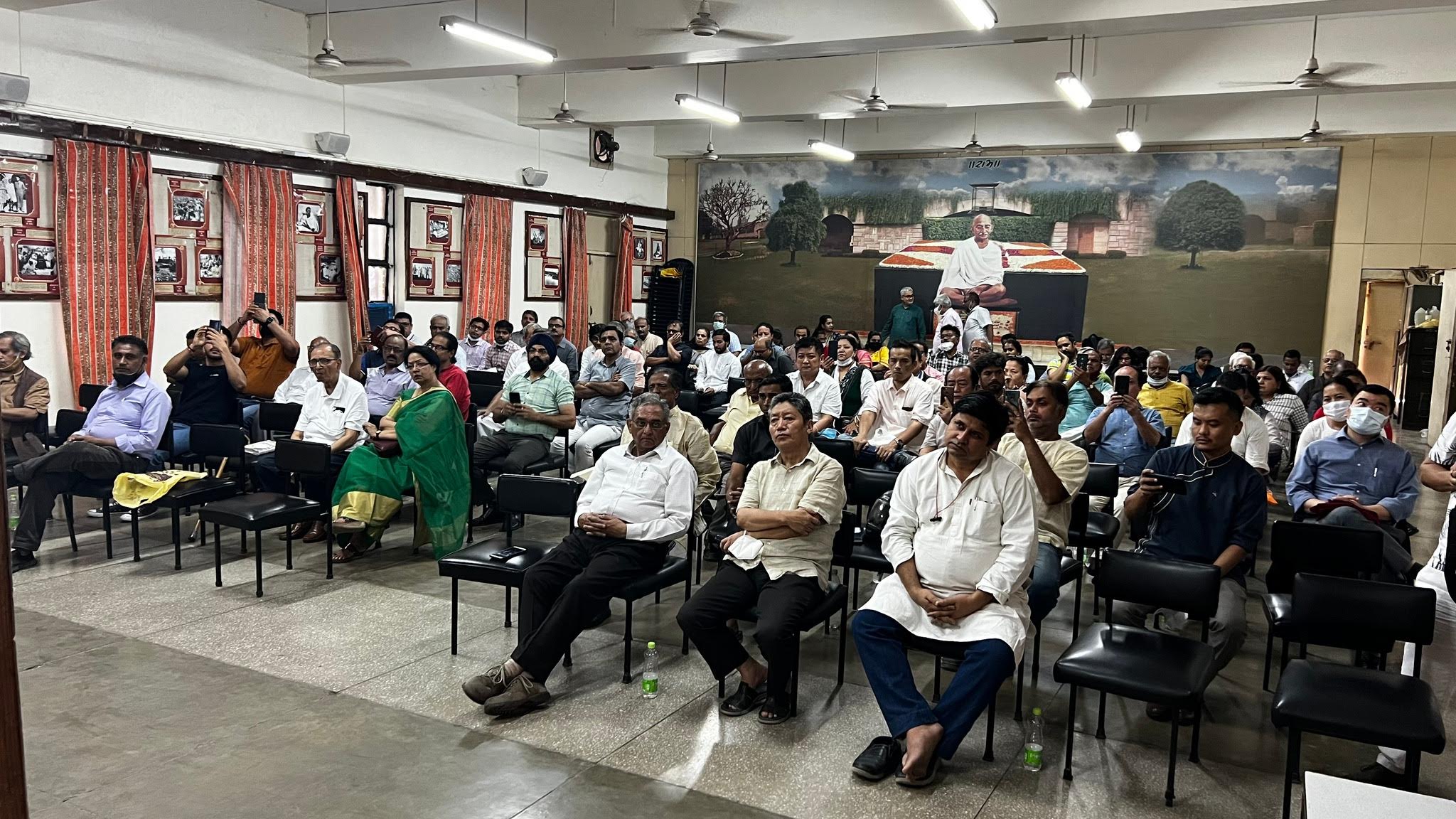 Representative Ngodup Dongchung, Shri Vijay Kranti, Indian supporters, friends of Tibet and others at the event.