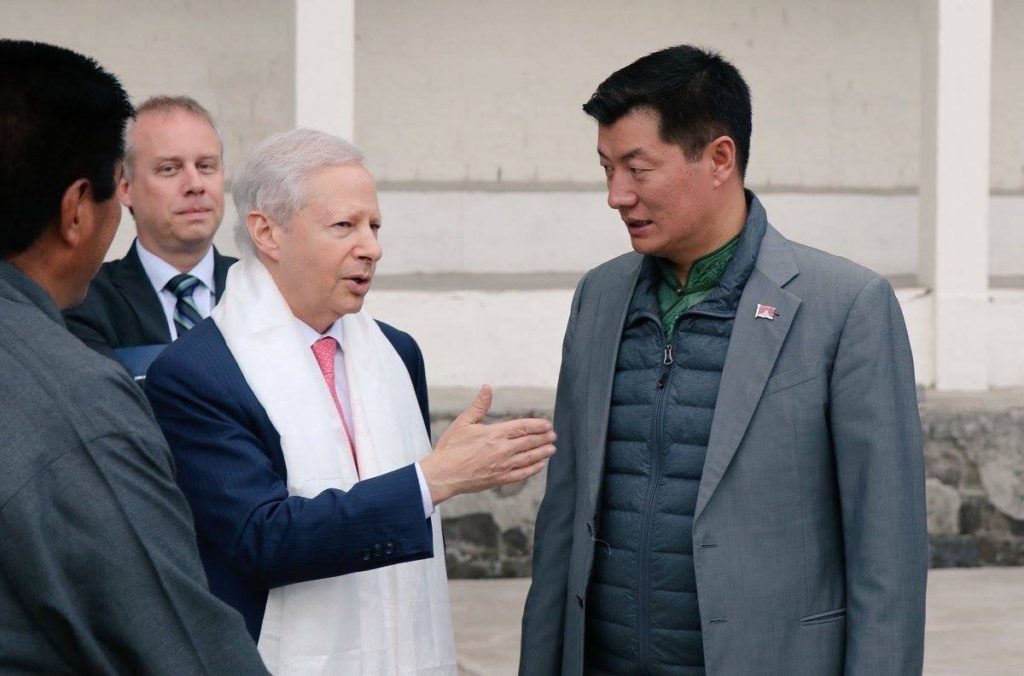 President Dr Lobsang Sangay with US Ambassador to India Kenneth Juster during the latter’s visit to Dharamshala in May 2018. Photo/Lobsang Wangyal

“Amb. Juster has been a long time supporter of Tibet. He’s a great friend of mine and also a fellow Harvard graduate,” Dr Sangay said after an hour-long meeting at the US Embassy.

This was the ninth meeting between President Sangay and Amb. Juster.

During this two-day stopover in Delhi, Dr Sangay yesterday participated in a closed-door discussion on Tibet organized by the Vivekananda International Foundation.

He also participated in two virtual panel discussions this evening: as a keynote speaker of the International Virtual Roundtable organized by the World Uyghur Congress and others, and as the concluding speaker of the Geneva Forum 2020.

President Dr Lobsang Sangay is scheduled to proceed to the United States today.

-Filed by Bureau of His Holiness the Dalai Lama, New Delhi