Dharamshala: The Department of Religion and Culture, CTA issued the following announcement for Tibetan Buddhist monasteries and Tibetans around the world to observe the prescribed prayers for speedy resolution to the COVID-19 health crisis.

The Department of Religion and Culture also advised the monasteries to limit large gatherings while convening the prayers.

Read the official announcement below. 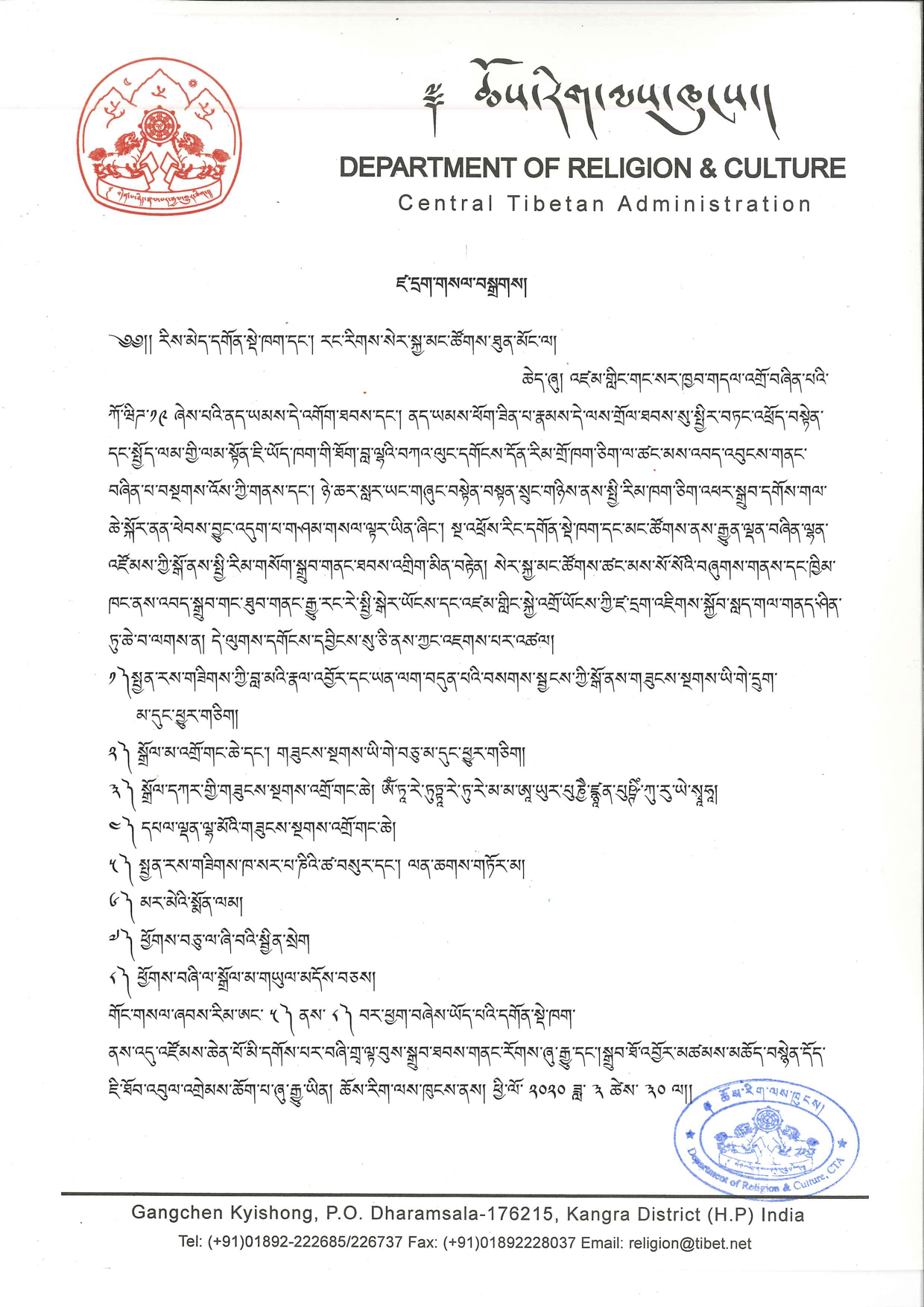