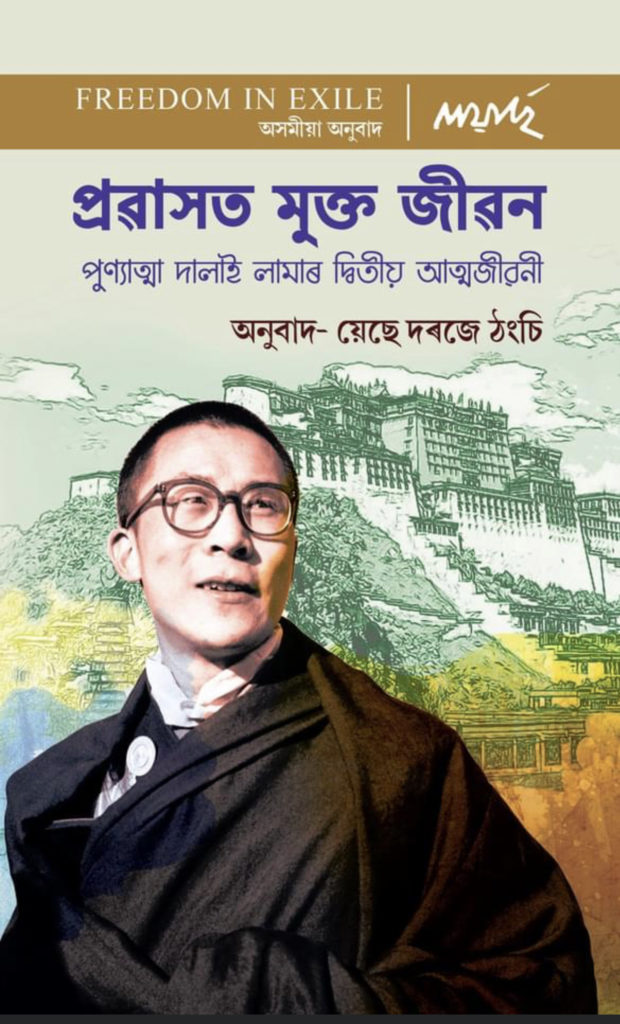 Assamese version of Freedom in Exile by His Holiness the Dalai Lama.

Assam: His Holiness the Dalai Lama’s second autobiography ‘Freedom in Exile’ is now available for the Assamese readers. Published by Bhaskar Dutta Baruah, the Assamese version of the book titled Prabasat Mukta is translated by a well-known writer Yeshe Dorjee Thongchi who is also a recipient of prestigious Padam Shri for his literary creation.

First published in 1991 in the U.S, Freedom in Exile as explained by His Holiness was written simply to oppose China’s narratives about the history of Tibet and the title of the book is the connotation for freedom His Holiness and his fellow Tibetans received from India.

The autobiography gives a detailed account of His Holiness birth, his selection as the highest spiritual leader of Tibet, the crashing of Tibet-China relations, and his subsequent exiled life in India.

In the book, His Holiness has candidly shared about his relationship with the Indian government including his relationships with Indian leaders like Nehru, Indira Gandhi while detailing the latter’s support toward the Tibetan diaspora and the struggle they faced in the beginning.

Through the Assamese version of the book, His Holiness states his sincere hope that the translation done by Yeshe Dorjee Thongchi will enable the Assamese readers to understand the tragedy of Tibet better and In addition the significance of the non-violent and peaceful struggle of the Tibetan people for freedom and dignity. Readers can buy the book online on Amazon.

In 2017, His Holiness’ first autobiography ‘My Land and My People’ was published into Assamese language, titled ‘Mor Desh aru Mor Manuh’. 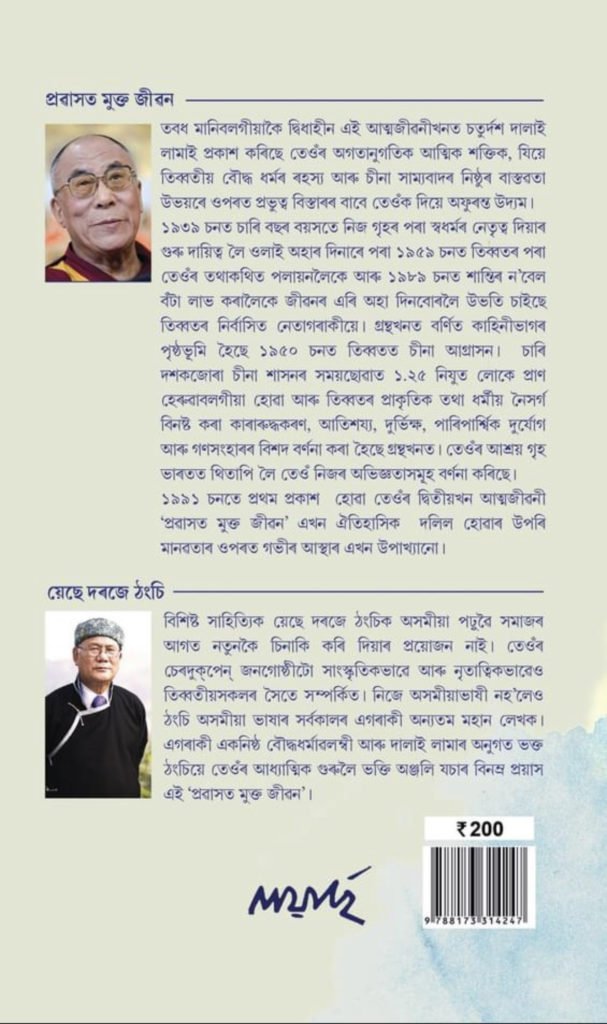