Photo Exhibition of His Holiness the Dalai Lama Holds in Ulan Bator, Mongolia 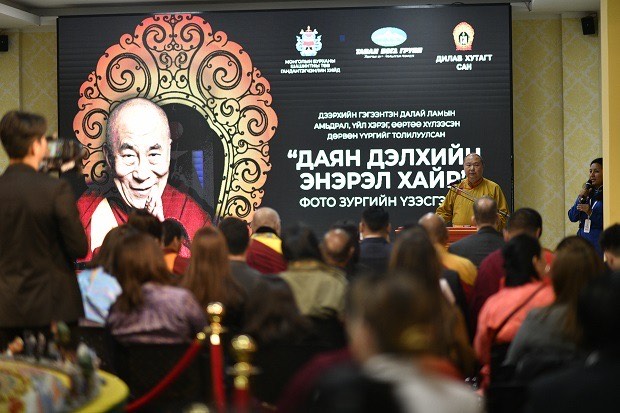 The opening ceremony was attended by Khambo Nomun Khan, ChoiJamts who is the head of all Buddhists of Mongolia and he spoke of the spiritual bond between His Holiness the Dalai Lama and the people of Mongolia.  His speech was followed by Buddhist Monk Mukhbataar who spoke of His Holiness’s dialogues with scientists and the role His Holiness has played in collaborating on many scientific projects between Western scientists and Buddhist Scholars.

The event was followed by two songs of praise dedicated to His Holiness performed by AriunBataar and Dolgor who are popular and national honoured singers of Mongolia.

The opening ceremony of the Photo exhibition was well attended by many dignitaries from the Indian, US embassies, scholars, artists, journalists and many others.  The Photo exhibitions will be on display till the Vesak day celebrations. 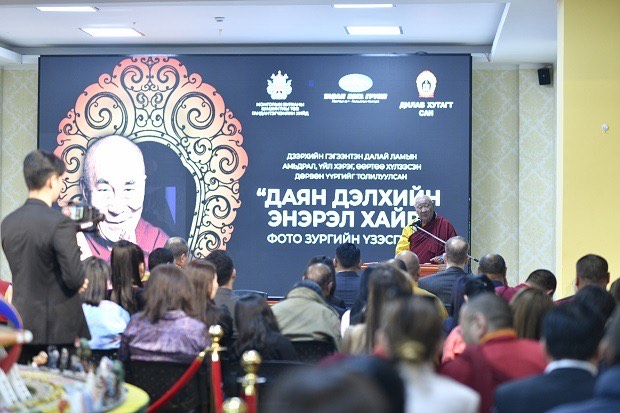 Head of Buddhist of Mongolia, Khambo Nomun Khan, ChoJamts sharing his thoughts on His Holiness the Dalai Lama’s achievements. 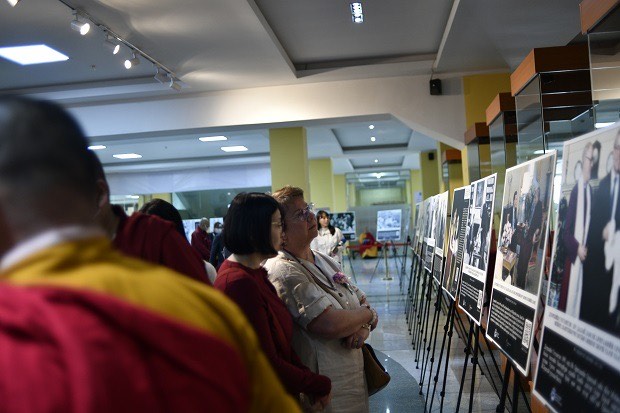 The public enjoying the Photo exhibition. 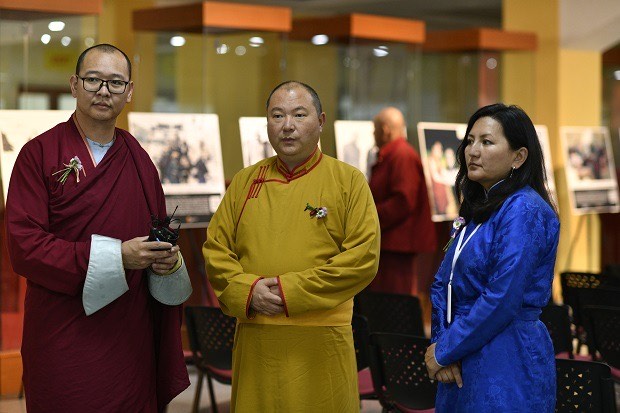 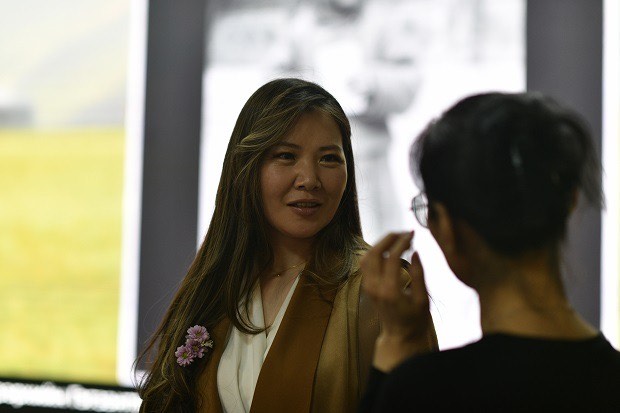 Artist and scholar sharing their views of the Photo Exhibition