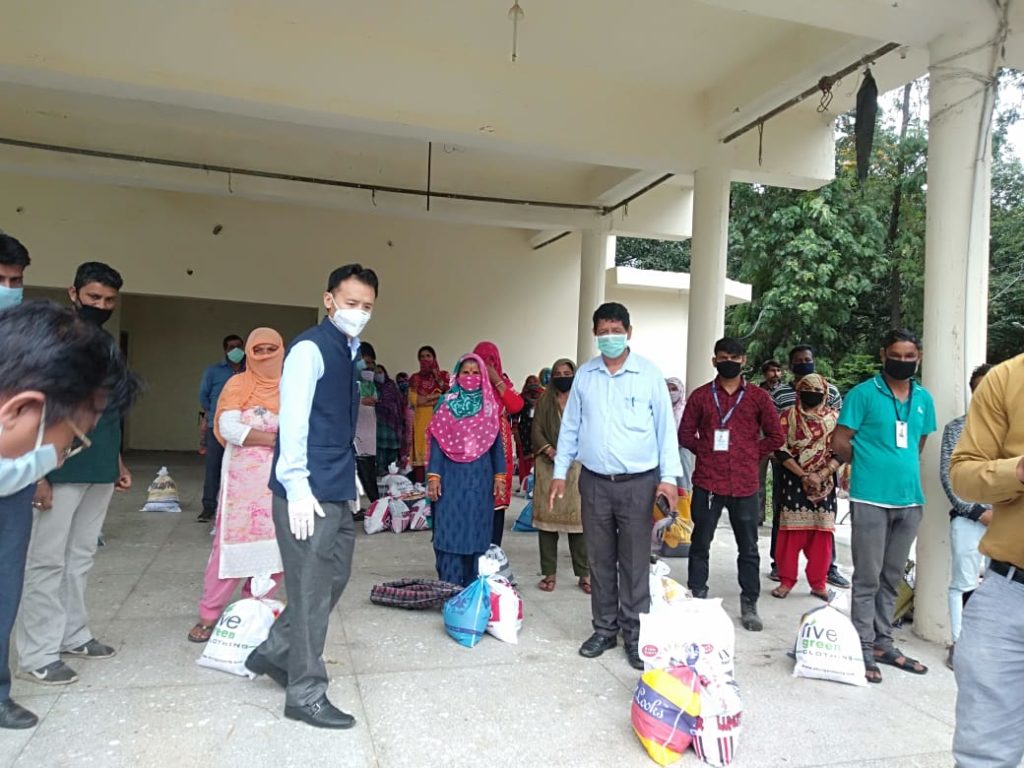 In solidarity with the essential service providers, Paonta Cholsum Tibetan Settlement, Paonta Sahib led by the Settlement Officer Gelek Jamyang distributed free rations of 110 kits ( atta, rice, dal, cooking oil, onion and salt) to the sanitation workers of Municipal Council (MC) and 100 kits of (fruits, juice and water) to the police forces of Paonta Sahib for their services in this critical time of COVID-19.

A total of 210 kits was distributed to the sanitation workers of MC and Police officer of Paonta Sahib. 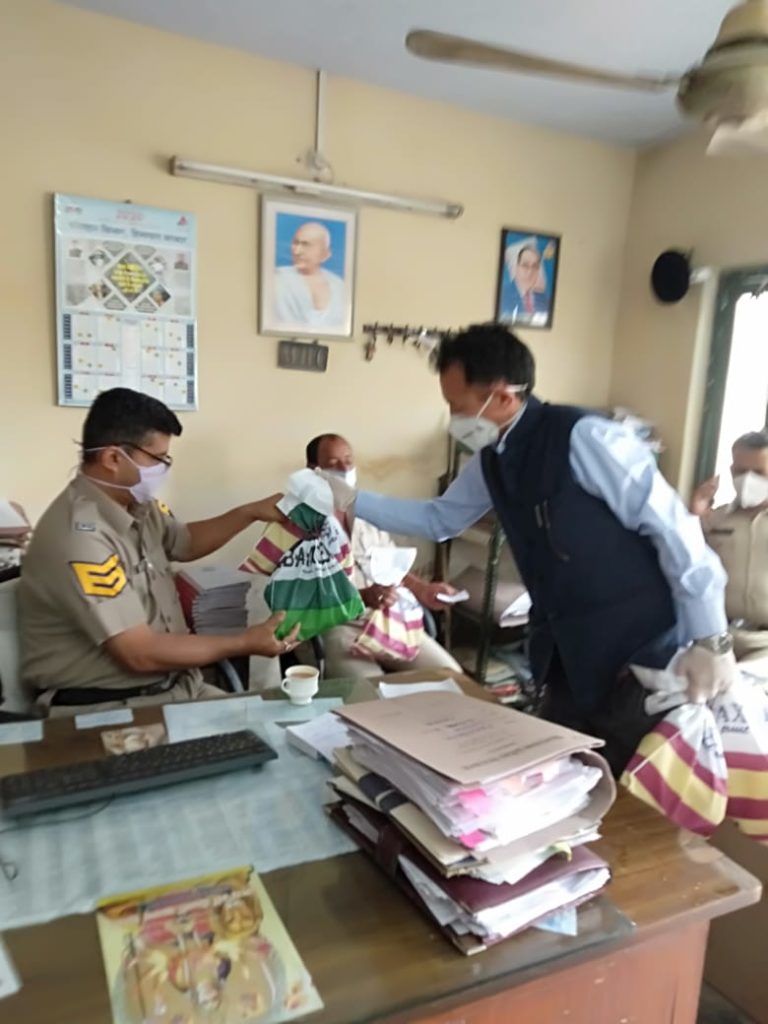 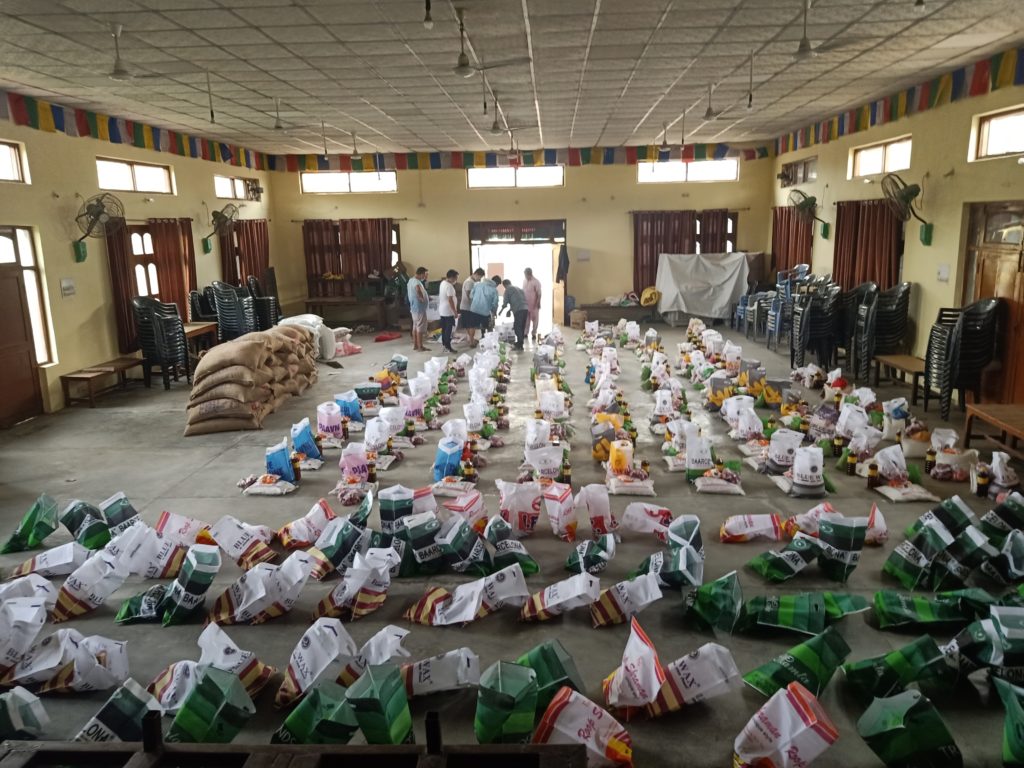 Ration kits prepared for distribution to the locals.