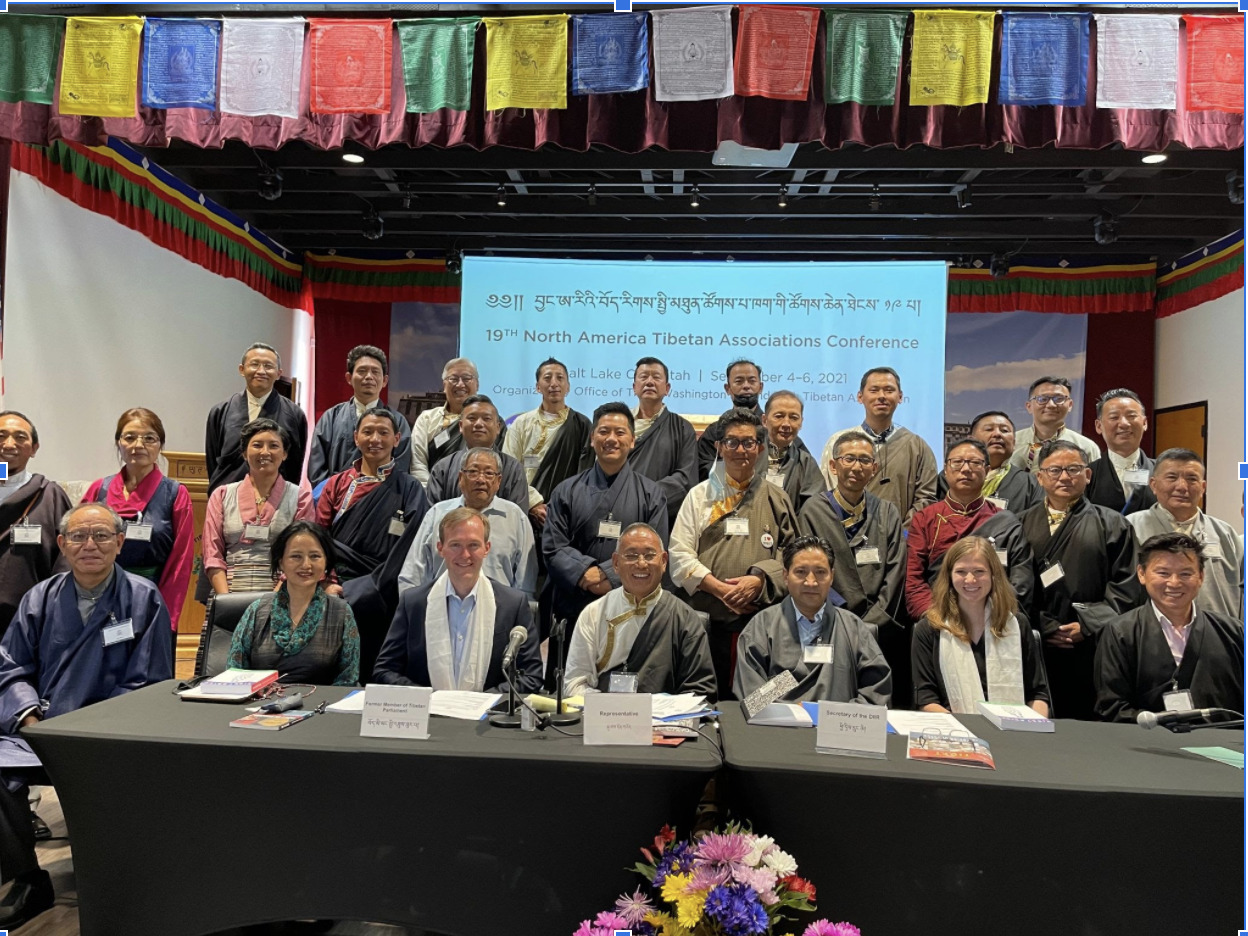 The conference began with a welcome note by Utah President Lobsang Tsering, followed by introductory remarks from Representative Ngodup Tsering, remarks by former Tibetan parliamentarian Pema Chazaoetsang. As the guest of honor at the conference, DIIR Secretary Karma Choeying delivered the keynote speech of the conference. Congressmen Ben McAdam extended a warm welcome to the participants of the conference and assured his full support for Tibet. Congressman Chirs Stewart sent in an inspiring video message of support for the Tibetan cause. Tashi Dhondup, Secretary at the Office of Tibet delivered the vote of thanks while OOT staff Tsultrim Gyatso emceed the program.

The conference thoroughly discussed the issues related to HIs Holiness’ health and safety including an offering of Tenshug. It also drew political strategies for rallies, protests, and advocacy to expose the PRC’s assimilationist policy, environmental destruction, and wanton abuse of human rights in Tibet. The conference also dwelled at length on the ways to preserve our language, religion, and culture. The conference agreed to collaborate with Uyghurs, Hong Kongers, and Chinese dissidents in their fights against the injustices, discrimination, and freedom with the CCP.

The Conference resolved to send a petition to the President of the United States to facilitate the visit of His Holiness to Mt Wutai Shan(Five Peak mountains) in Shanxi, China, and Tibet for the purpose of pilgrimage. While noting the present state of TPIE in Dharamsala, the delegates also unanimously agreed to send a letter to the Secretary TPIE, to help resolve the stalemate immediately in the larger interest of the Tibetan cause and democracy.

The ICT interim President, Buchung K TSering gave a presentation about how the Tibetan Associations can be a powerful force and talked about lobbying strategies. ITN Tao Tenzin Dhamchoe gave an overview of the ITN works and challenges and called for more participation.

All delegates of the NATA were invited to the 61st Anniversary of Tibetan Democracy Day organized by the Utah Tibetan Association on the evening of 5 September. Representative Ngodup Tsering and DIIR Secretary Karma Choeying spoke on the occasion. It was attended by a large number of Tibetan communities living in Salt Lake City – Utah.

The three-day conference concluded successfully to the satisfaction of all the delegates. It was decided that the next NATA conference would be held in Boston. 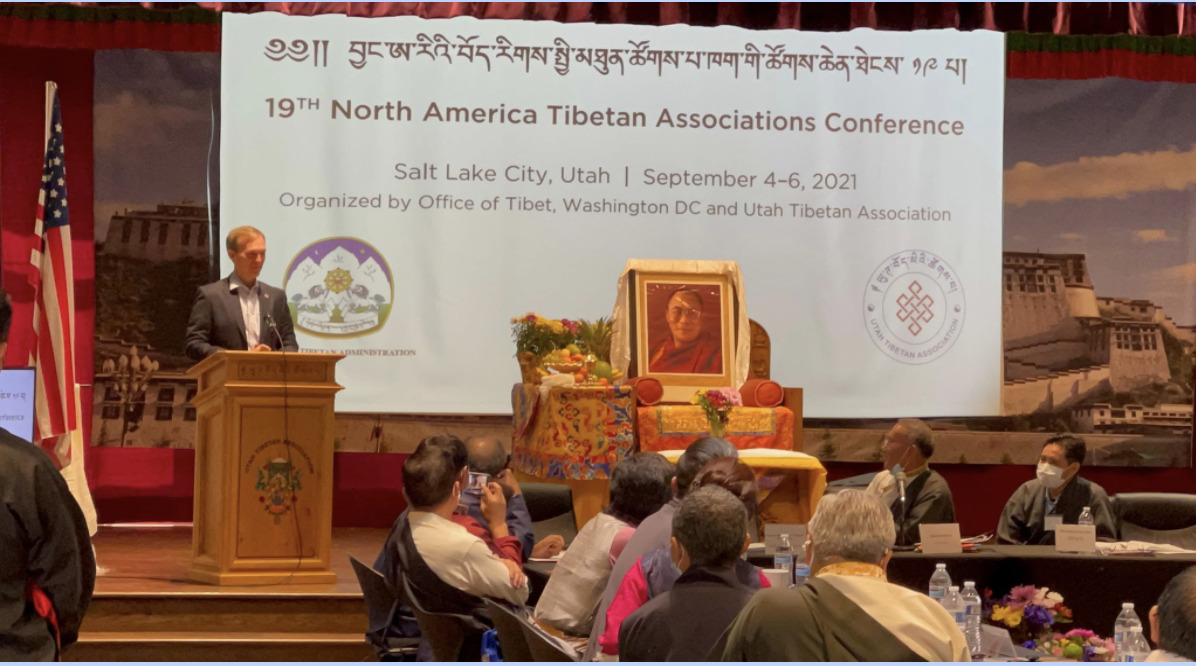 Former US House of Representatives, Congressman Ben McAdams speaking at the conference. 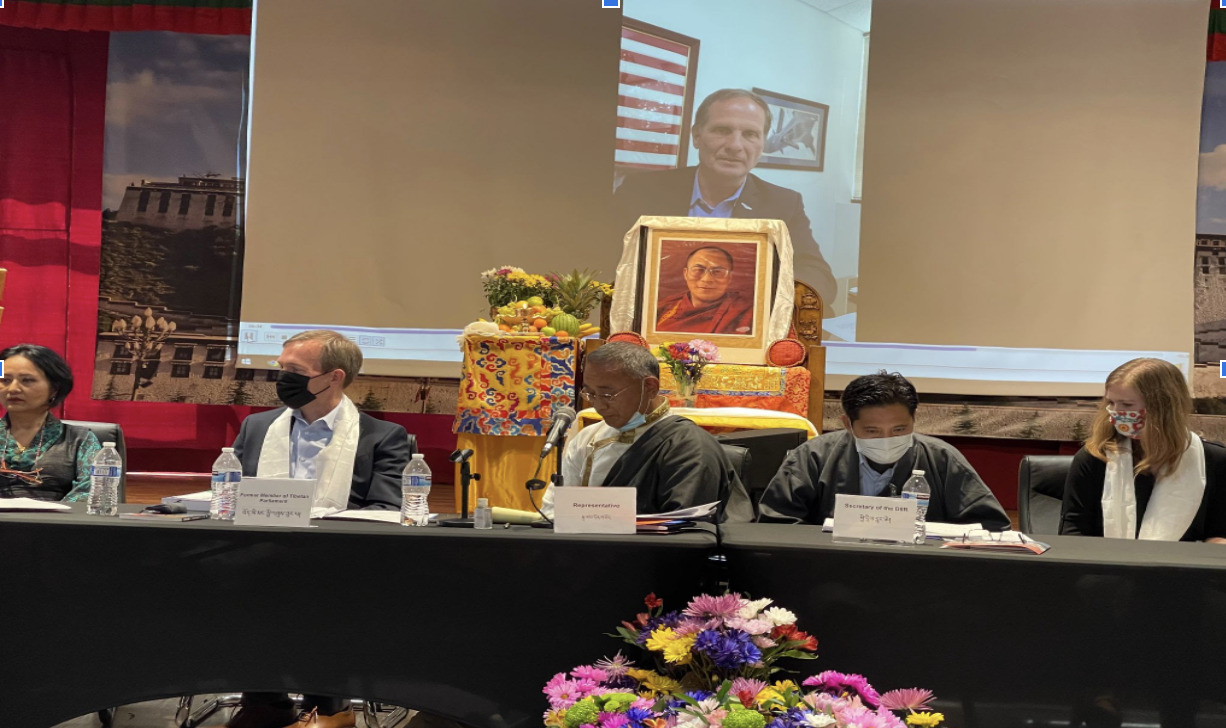 Video felicitation by US House of Representatives, Congressman Chris Stewart 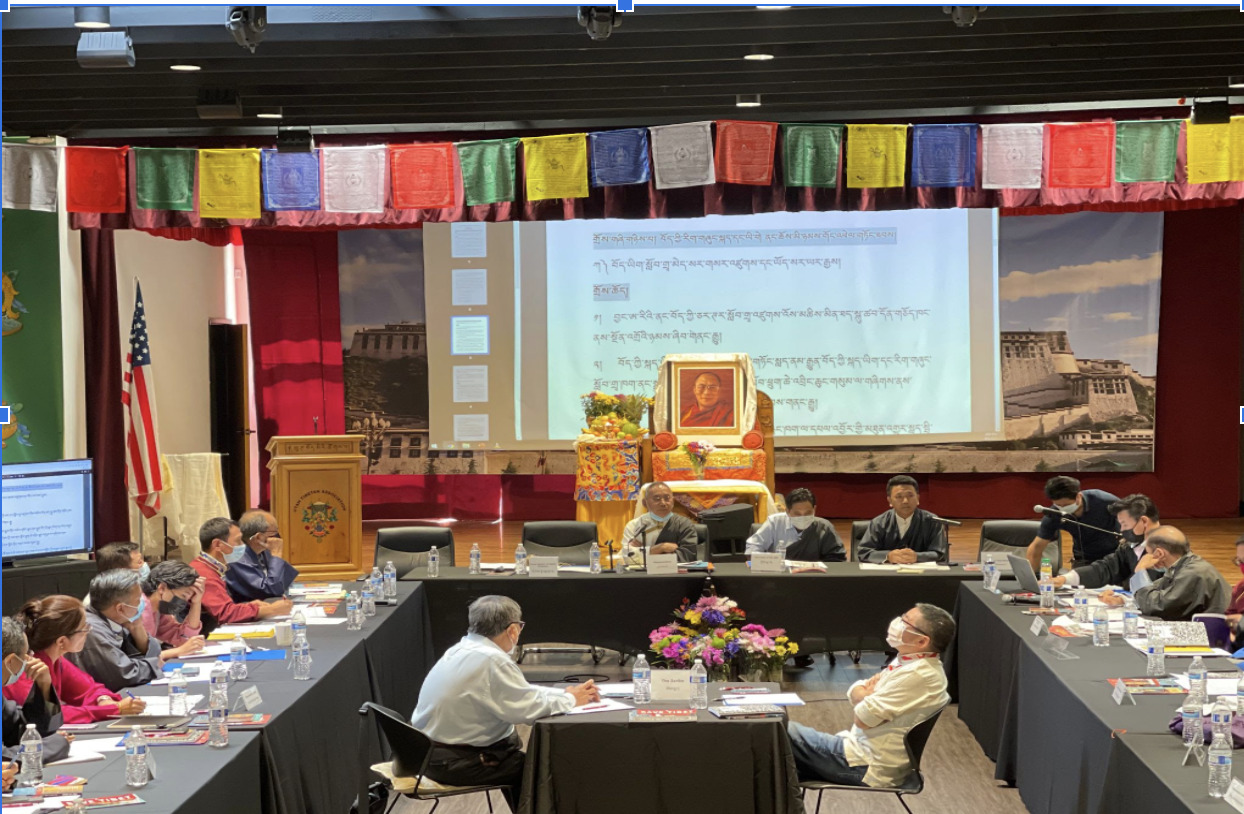