OOT, Russia joins ceremony ahead of new Temple being built to commemorate H.H. the Dalai Lama’s visit in 1992 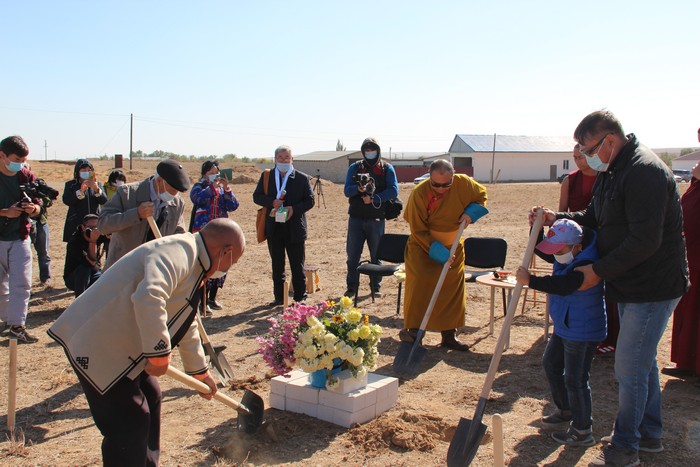 Groundbreaking for the planned Buddhist Temple, the site which H.H. the Dalai Lama consecrated on September 2, 1992.

In the opening remarks by Telo Tulku Rinpoche, he recalled that in 1992, during H.H.the Dalai Lama’s second visit to the Republic of Kalmykia, His Holiness the XIV Dalai Lama gave teachings here and consecrated a place for the construction of a future Buddhist temple at this area”. Rinpoche said: “It is very symbolic that we are laying the foundation of a new Buddhist temple in Ketchenery now. This year, His Holiness the 14th Dalai Lama turned 85 and 2020 year has been designated by CTA as a year of gratitude to His Holiness.  It is a fitting moment to dedicate today’s groundbreaking ceremony to commemorate H.H. the Dalai Lama’s visit to Kectchenery in 1992. There are so many fond memories and many reasons to celebrate.

Before starting the Religious prayers, Honorary representative Telo Tulku Rinpoche donated a photo album of the Dalai Lama’s visit to Kalmykia, which was presented in the Central Buddhist Monastery last week. The photo album book contained photographs of the visit of the XIV Dalai Lama to Kalmykia, including a brief visit by His Holiness to Ketchenery in 1992. Telo Tulku Rinpoche also brought up a vessel with earth from all holy Buddhist places, for laying the foundation of the future temple, and special substances donated by the H.H. the Dalai Lama, for laying in statues. During the prayer service, the monks recited the “Refuge” and generation Bodhichitta prayers and then performed the “Salang” ritual.

Earlier, eight types of stupas and a rotunda with a statue of Green Tara were built here.

–Filed by Office of Tibet, Moscow 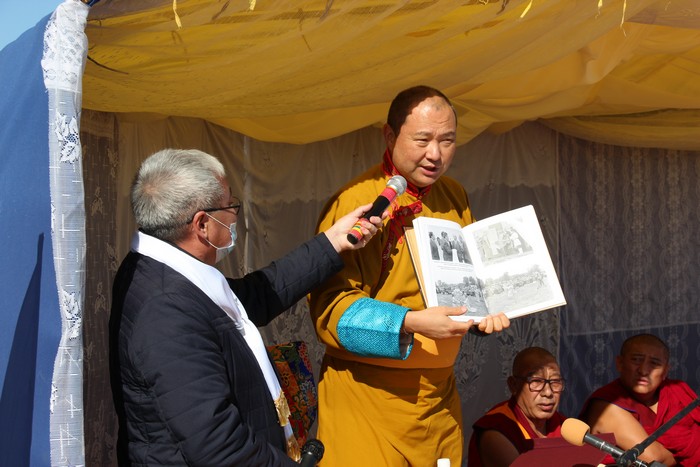 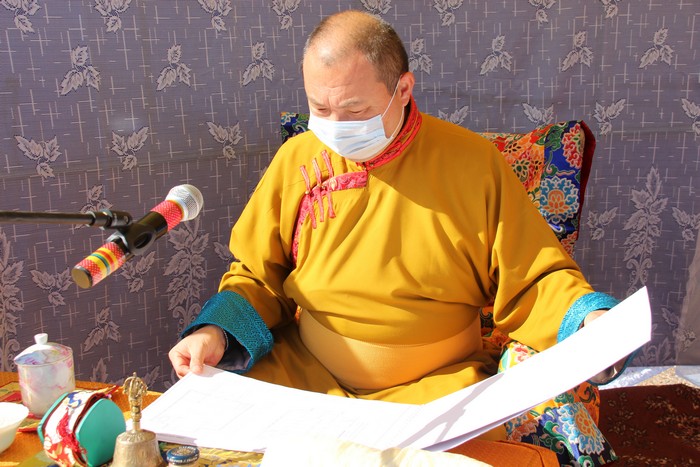 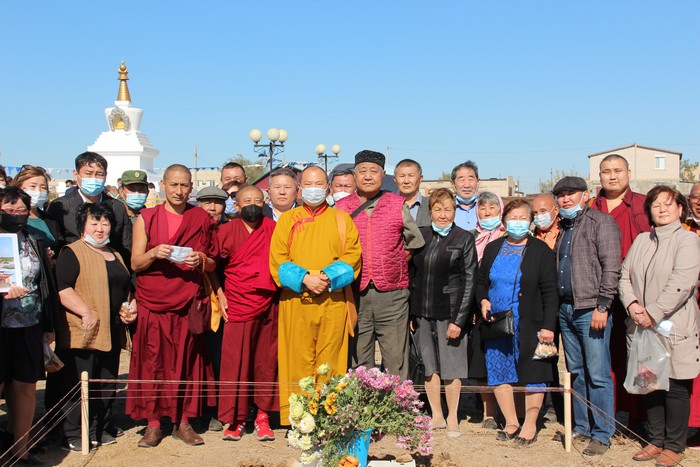