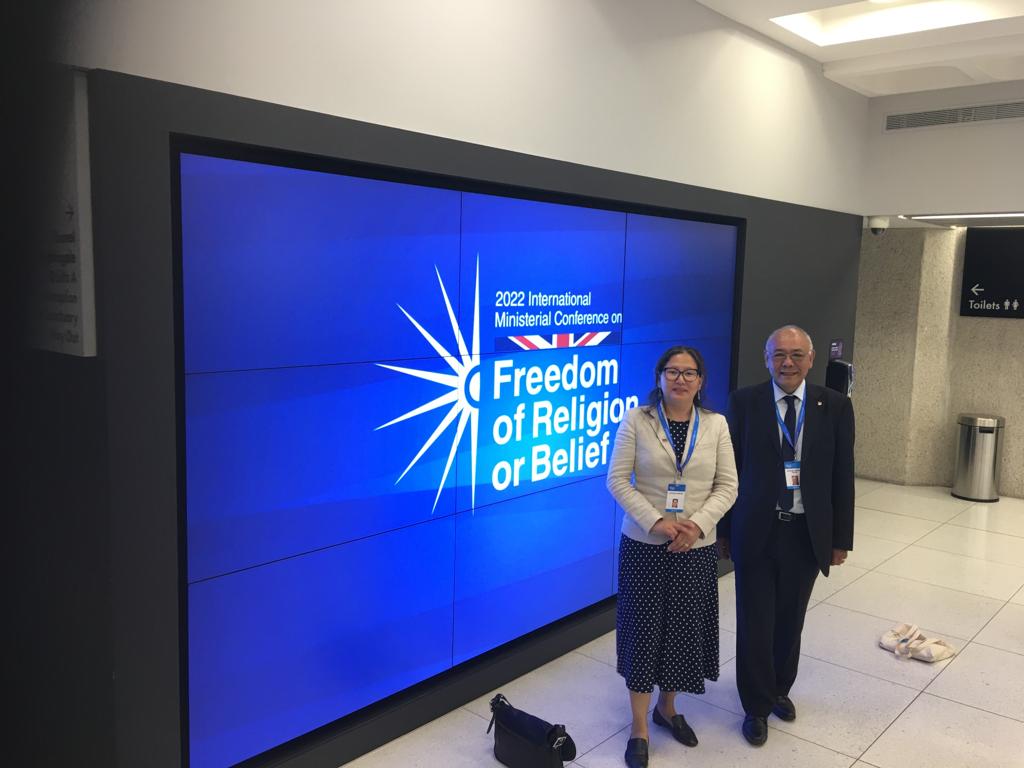 On the first day of the conference, 5 of July, Representative Sonam Frasi and Secretary Lochoe Samten, had the chance to meet and learn from like-minded activists from diverse faith backgrounds and raise awareness about the Tibetan situation at the Q&A sessions and through one-to-one discussions with ministerial delegates during breaks and at the evening reception organised by FCDO at the grand Lancaster House.

At the conference, long-time staunch Tibet supporters Lord Alton and Sam Brownback, former USA Ambassador-at-Large for International Religious Freedom took the stage as speakers. Especially heart-warming was the formal recognition at the evening reception extended to Brownback for his initiative and contribution towards starting the FoRB conference series, by MP Fiona Bruce and Lord Ahmed, Prime Minister’s Special Envoy for FoRB and Minister for South Asia, North Africa, the United Nations and the Commonwealth at FCDO respectively.