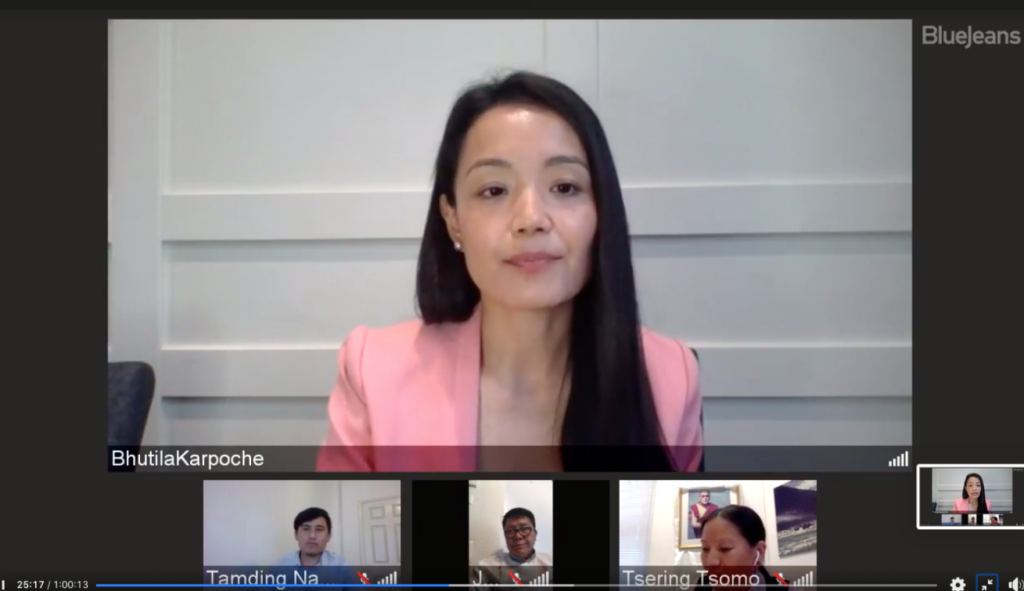 London: The Office of Tibet London in collaboration with the Tibetan Community in Britain hosted a webinar titled ‘Tibetan Democracy’ dedicated to His Holiness the 14th Dalai Lama on Wednesday, 2 September 2020 coinciding with 60th anniversary of Tibetan Democracy Day.

Moderator Ms. Tsering Tsomo said the panel discussion was aimed at generating greater awareness in the Tibetan youth about the evolution of Tibetan Democracy. It is also a part of CTA’s celebration of year 2020 as gratitude year for His Holiness the Dalai Lama.

From February 1960 when His Holiness formally outlined an introduction of democratic polity in Bodhgaya and advised the exile Tibetans to set up an elected body comprising three exile representatives from the three traditional Tibetan provinces and one each from the four schools of Tibetan Buddhism to the swearing in of the first elected Tibetan parliament in exile on 2 September 1960; And the enactment of Tibetan constitution by His Holiness in 1963; His Holiness’ 1990 address at the special general meeting of 369 Tibetan representatives emphasizing the need for further democratization.

“Then he appointed drafting committee and the Charter of Tibetan in Exile was adopted in the Parliament. And in 2001, His Holiness announced semi retirement position and called for the first direct election of Kalon Tripa (Chief of Cabinet) from the general public. In 2011, His Holiness devolved all his political authority to the elected representative of Tibetan people and we pay homage and gratitude for his long term vision and effort for democratization and legitimacy of Central Tibetan Administration.”

“We pay homage and gratitude for his long term vision and effort for democratization and legitimacy of Central Tibetan Administration,” MP Samdho said. 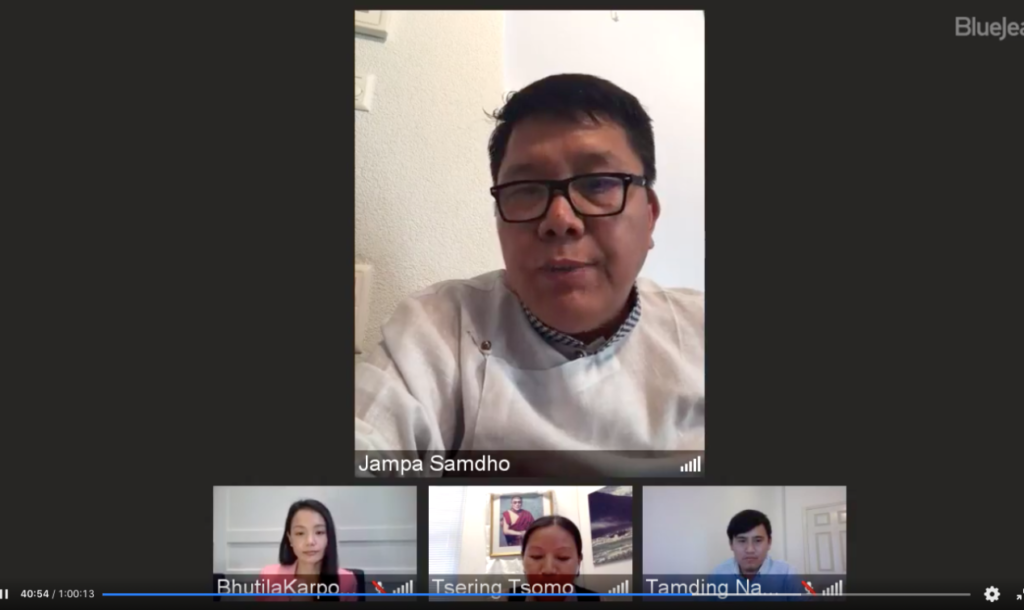 Bhutila Karpoche, Member of Provincial Parliament for Park dale High Park Toronto addressed on the importance of Tibetan youth’s participation in the political system of the country that they live in and prospects for Tibet.

‘In doing so one can contribute to Tibetan cause and can also benefit the Tibetan people more effectively. In a democracy, young people have the power and responsibility to participate and be active member engaged in the work so that we are able to contribute not only to Tibetan people but also to the whole society of the country we live in’, she said.

The third panel Mr. Tamding Namgyal highlighted the responsibilities and challenges faced by young Tibetans abroad in participation in Tibetan Democracy according to him.

In his two years tenure as the youth coordinator in England, he said he’s observed growing interest in young Tibetan students in learning Tibetan culture and history but doesn’t have the same opportunity as students in India have. He therefore finds the challenge of connecting with Tibetan youth and educating them on Tibet. With that being said, he encouraged more youth to take part in the political awareness and do what they can to contribute to the Tibet cause.

The Youth coordinator also suggested that it would be very helpful if there was a special program for Tibetan university students to discuss and meetings.

The total duration of the panel discussion was 60 minutes. Each panelist spoke for 12-15 Minutes and very patently answered all the questions from the viewers. 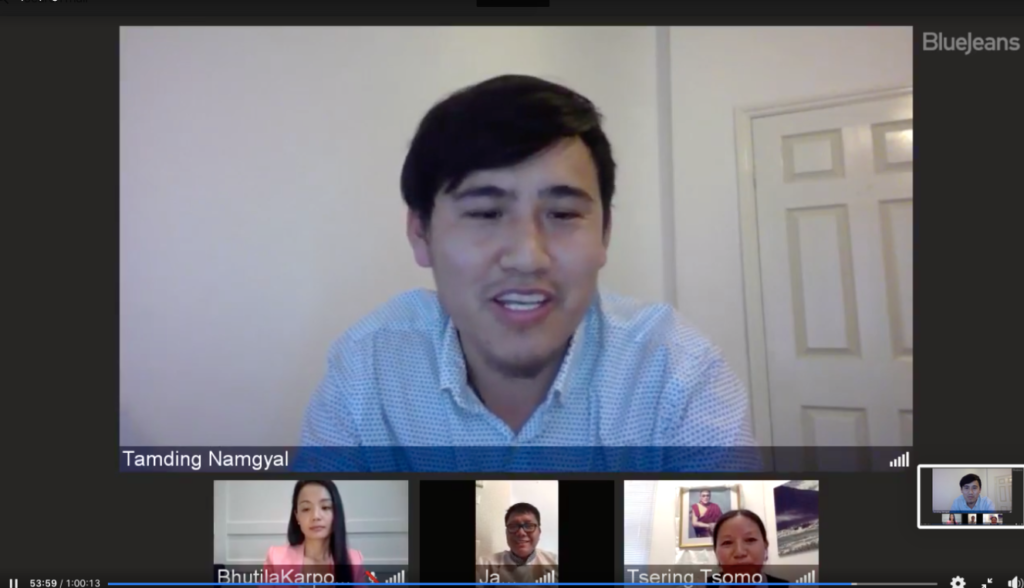