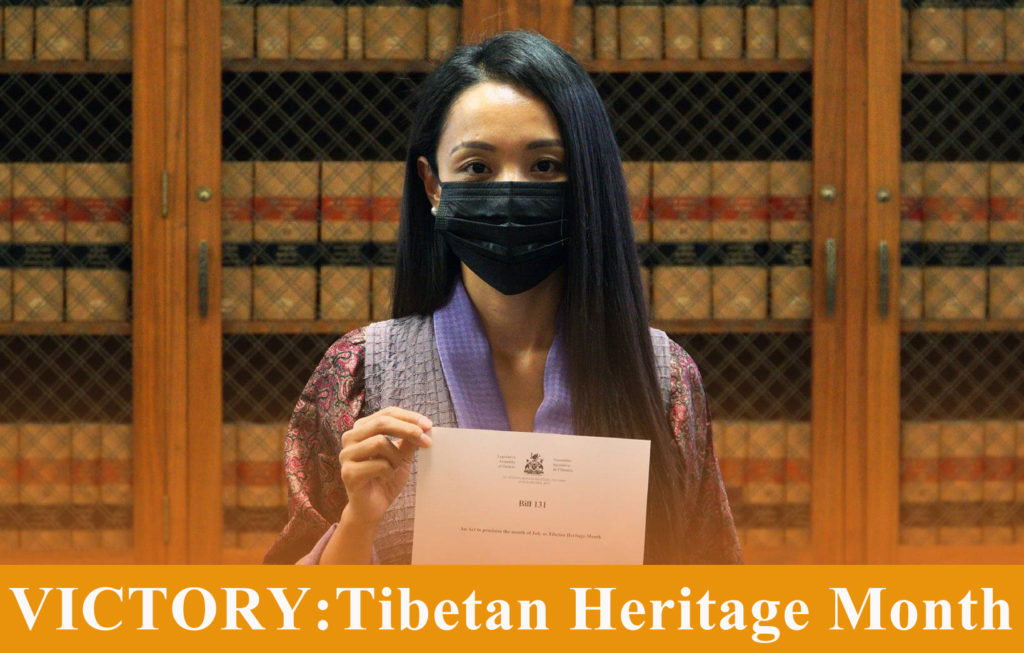 Dharamshala: Amidst the global uncertainty and turmoil brought upon by the Wuhan-originated coronavirus, Tibetans and Tibet supporters have found a reason to rejoice with a new milestone in the growing momentum of support for the Tibetan cause.

Ontario Legislature passed a unanimous bill today to recognise the month of July as “Tibetan Heritage month”, a bill tabled by NDP MPP Bhutila Karpoche (Parkdale—High Park). Bhutila is the first person of Tibetan heritage to be elected to public office in North America.

The bill aims to recognise the important contributions made by Tibetan-Canadians in Ontario, as well as bring awareness to Tibetan issues.

On the passage of this historic bill, MPP Bhutila Karpoche said, “July is an important month for Tibetans around the world. On July 6, we as a community celebrate the birthday of His Holiness the 14th Dalai Lama Tenzin Gyatso, an honorary Canadian citizen. This day signifies the resilience of the Tibetan people.”

Bhutila represents the diverse Toronto riding of Parkdale—High Park, the Parkdale portion of which is home to the largest Tibetan-Canadian community in North America and is also unofficially known as Little Tibet.

She made history in June 2018, by becoming the first person of Tibetan heritage to be elected to public office in North America. 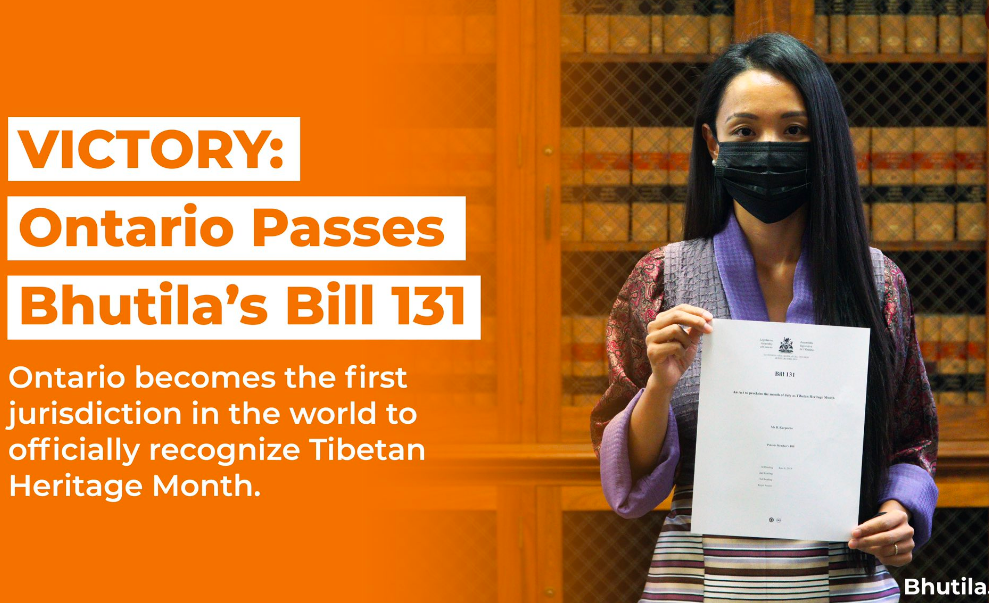