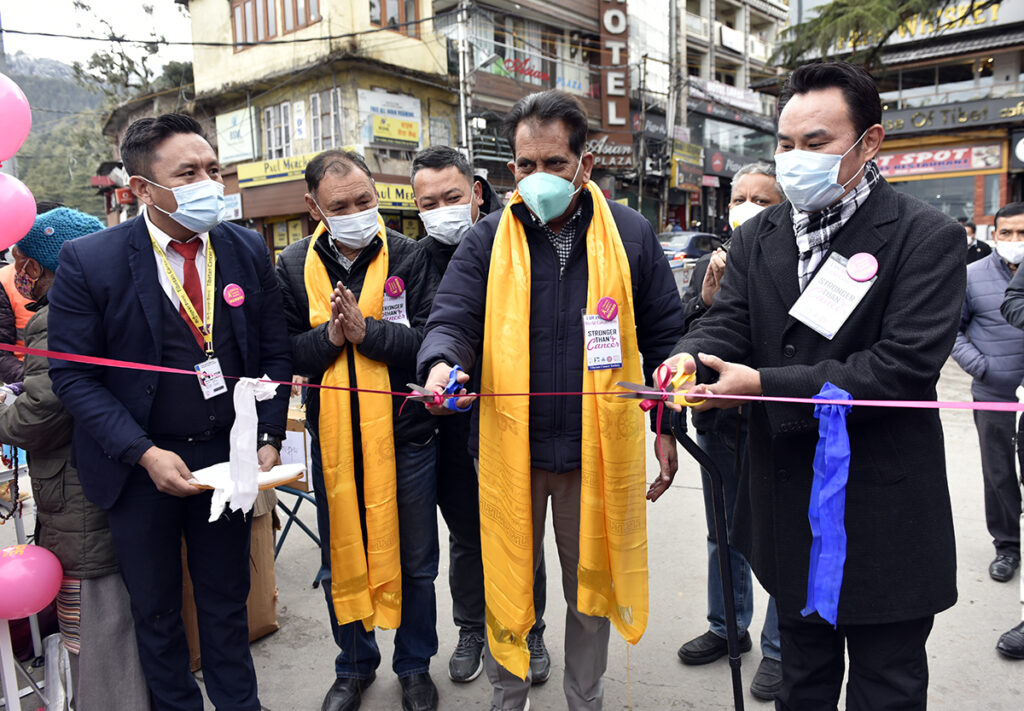 Dharamshala: ‘Cancer is gradually becoming, if not prevalent, but a concerning health issue in the Tibetan community in India and Nepal,” Kalon Choekyong Wangchuk, Department of Health, CTA said on World Cancer Day, 4 February 2021.

Speaking at a Cancer awareness signature campaign organised by the Tibetan Cancer Society, Kalon emphasised the importance of a healthy lifestyle and green diet in curbing the risk of cancer.

‘The key to fighting cancer is adopting healthy lifestyle practices such as healthy nutrition, meals that are plant-predominant, and keeping physically active. It only takes a bit of mindfulness of what you eat and whether or not your daily lifestyle habits are inclined towards healthier or unhealthy choices. Your quality of life can prevent the disease or make you more susceptible to it.”

Kalon added, “On the occasion of the World Cancer Day, I strongly urge the Tibetan community to be more mindful of their dietary and lifestyle choices and remind them that the leading cause of cancer is an unhealthy lifestyle.”

He also commended the Tibetan Cancer Society for their relentless efforts towards cancer awareness. Together with Chief Medical Officer of Kangra, Kalon inaugurated the signature campaign themed as ‘I Am and I Will’. MP and Delek Hospital Director Dawa Phunkyi and presidents of various NGO attended as well.

According to the health department, around 27 Tibetans have died to cancer in 2019 and 62 are currently receiving cancer treatment under the coverage of the Tibetan Medicare System.

World Cancer Day is observed globally to spread awareness about cancer and the stigma associated with the disease. Many events are organised every year, people are urged to take actions and funds are raised to help those suffering from cancer.

The theme for World Cancer Day 2021 is ‘I Am and I Will.’ It is a multi-year campaign that began in 2019 and this year will mark the last year. The theme represents an empowering call-to-action urging personal commitment, it also represents the power of action taken now to have a positive impact on the future. The theme clearly focuses on “together all our actions matter”. 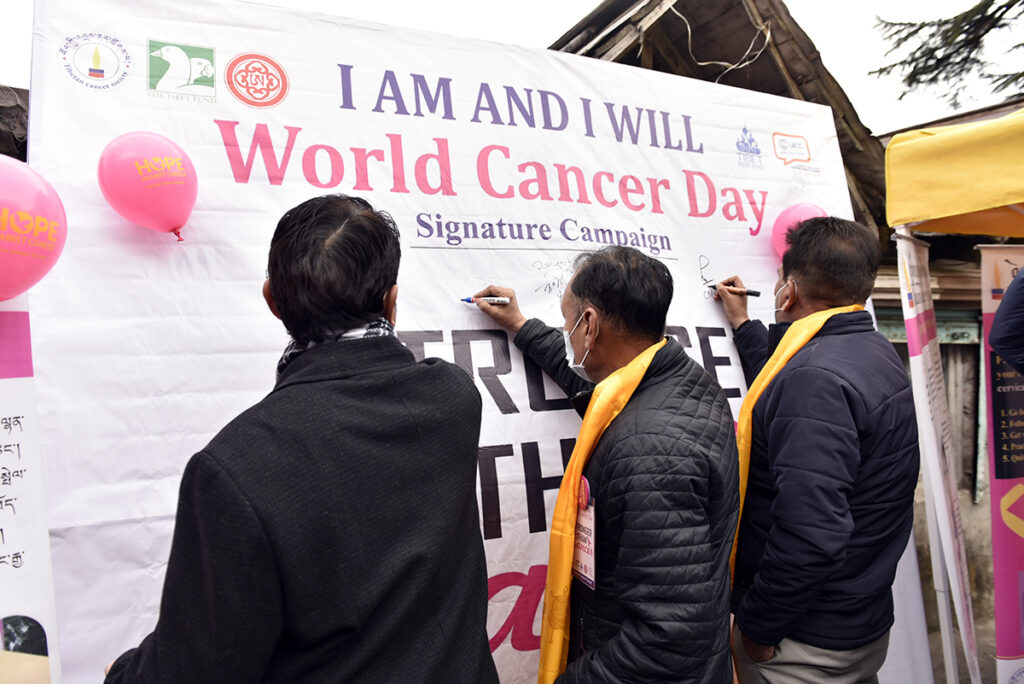 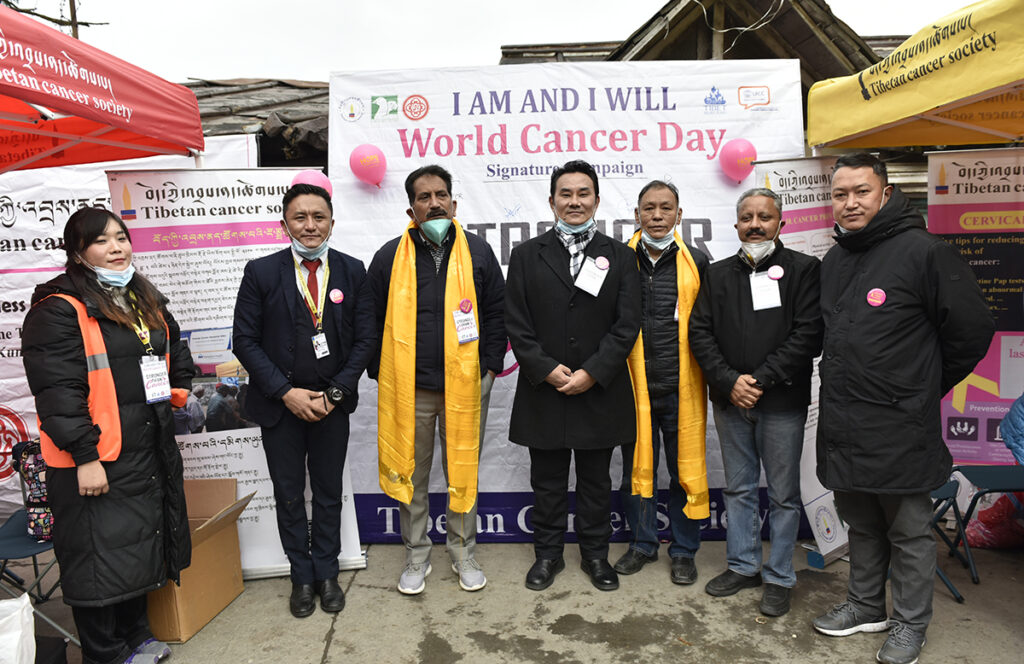 Tsultrim Dorjee, Director of Tibetan Cancer Society and staff with the dignitaries at the signature campaign. Photo/Tenzin Phende/CTA