On the 61st anniversary of Tibetan Uprising Day, Czech MPs reaffirm support to the cause of Tibet 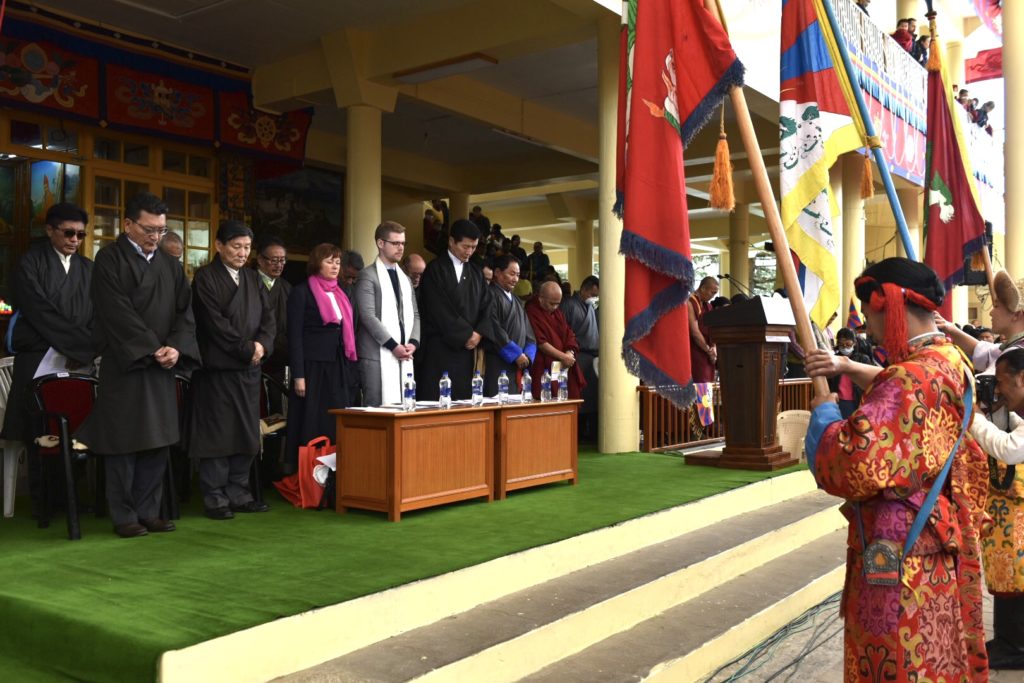 Sikyong led CTA officials and the Czech MPs observe a moment of silence in respect to the Tibetan martyrs. Photo|Tenzin Phende|CTA

Dharamshala: CTA observed the ’61st Anniversary of the Tibetan Uprising Day’ today commemorating the Tibetan martyrs who had carried out spontaneous protests on this day in 1959 against the colonial occupation of Tibet and the oppression of Tibetans, resulting in the death of hundreds of protesters by the Chinese forces.

The official event was presided over by CTA President Sikyong Dr Lobsang Sangay, chief guest, Hon. Frantisek Kopriva, a founding member and co-chairperson of Czech Parliamentary Group for Tibet, and the vice-chairperson of Committee for European affairs of the Chamber of Deputies, and special guest, Dana Balcarova, a founding member of the Czech Parliamentary Group for Tibet, and the chairwoman of committee of environment of the chamber of deputies, Speaker of the Tibetan Parliament, Chief-Justice Commissioner, members of the Tibetan Parliament, Kalons of all the departments, CTA staff and the local Tibetan community.

The programme started with the audience singing the Tibetan and Indian national anthems as the Sikyong hoisted the flag, followed by the observation of a moment of silence for the Tibetan martyrs, and then the Tibetan Institute of Performing Arts singing the ‘National Uprising song’.

Sikyong welcomed the chief guests and gave them a round of applause, thanking them for their willingness to travel all the way from Europe to Dharamsala amid the public health danger of the epidemic coronavirus, before giving his official statement in Tibetan and English. He emphasised the deteriorating human rights conditions in Tibet in these seventy years and noted the increasing global support for Tibet in recent times, seen in the passage of resolutions by the US government on matters like the succession of His Holiness the Dalai Lama and the religious freedom of Tibetans. He also expressed his hope for Tibetans in Tibet who are dealing with the coronavirus epidemic that the disease is contained soon and for their quick recovery.

Next, the Speaker gave the official statement of the Kashag, where he urged all Tibetans to remember the sacrifices of the Tibetan martyrs and unite in the struggle for the cause of Tibet, and not be led astray by the manufactured and divisive narrative being spread on social media amidst our community.

Then the special guest, Ms Dana Balcarova addressed the gathering, warmly greeting the audience Tashi Delek and expressed her happiness on being welcomed to the Tibetan Uprising Day programme here in Dharamsala which is the home of His Holiness. She stated that His Holiness the Dalai Lama is admired across the world and shared that it is the same in the Czech Republic as well. She added that she shares with the former Czech President Vaclav Havel, their admiration and respect for His Holiness. She further added the Czech Parliamentary committee of the environment of the chamber of deputies was in line with the Tibetan government on the issue of Tibet’s environment which she noted has serious climate impacts on the neighbouring countries and the world due to Tibet’s geolocation and as the “water table” of major rivers flowing through Asia, the damage to the natural resources as well as the mining and other unsustainable practices could affect the sustenance of the neighbouring countries. She stressed on the common bond between the Czech Republic and Tibet, that of colonial subjugation which the Czech had fought and had won their freedom in 1989. She expressed hope and her strong belief that Tibetans would achieve their’s similarly and expressed solidarity for Tibet.

Next, the chief guest, Hon. Frantisek Kopriva addressed the gathering, by thanking everyone for their warm hospitality and expressing his happiness at receiving an invitation to attend the Tibetan Uprising Day. He then spoke about how when the Tibetan support group was established in 2018, and the goals and thesis were being discussed they realised the similarity of values, like the Middle Way Approach, promotion of Tibetan culture and its preservation and praised His Holiness the Dalai Lama’s work in this regard. He then briefly spoke of the Parliamentary support group and their engagements, which he shared is 53 members strong with members from across the political spectrum. He mentioned that so far they had invited Sikyong twice in this term, in the chamber of deputies and the Parliament and were willing to invite him again as well as others who wished to do so. He said, that the support group had three weeks ago organised an exhibition in the Parliament on “Tibet through the eyes of the children” which was partaken by students across the country and similarly, they were raising awareness about Tibet, its environment and values. He also added that his colleague had been elected recently to the European Parliament and they would raise the issue of Tibet there as well as globally. He also mentioned a Tibetan NGO named Lungta based in Czech, which promotes the flag for Tibet and that Tibetan flags would be raised across the country at municipality halls, libraries and schools. Further adding that his colleagues from the support group were going to hold a protest in front of the Chinese embassy to denounce the violations of human rights and international laws and expressed their determination to continue their efforts as long as it takes. He then read out the declaration of support from the Czech Parliament which included former Foreign ministers, Speaker and chairs of the committee of deputies and others.

To conclude the programme, the Tibetan Institute of Performing Arts led the audience in the saying of the Prayer of Truth.

View the letter of support from the Czech Republic Parliament here. 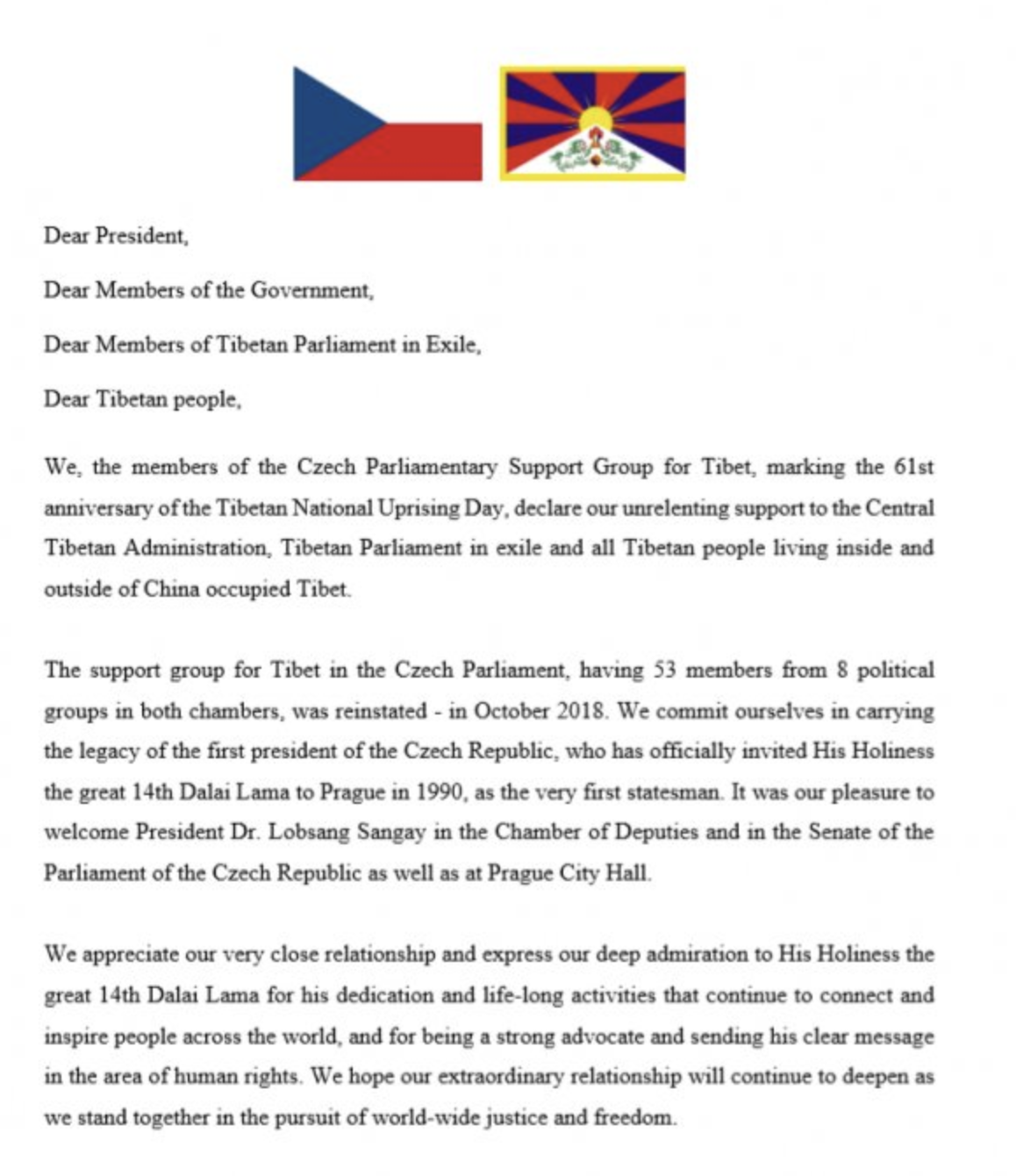 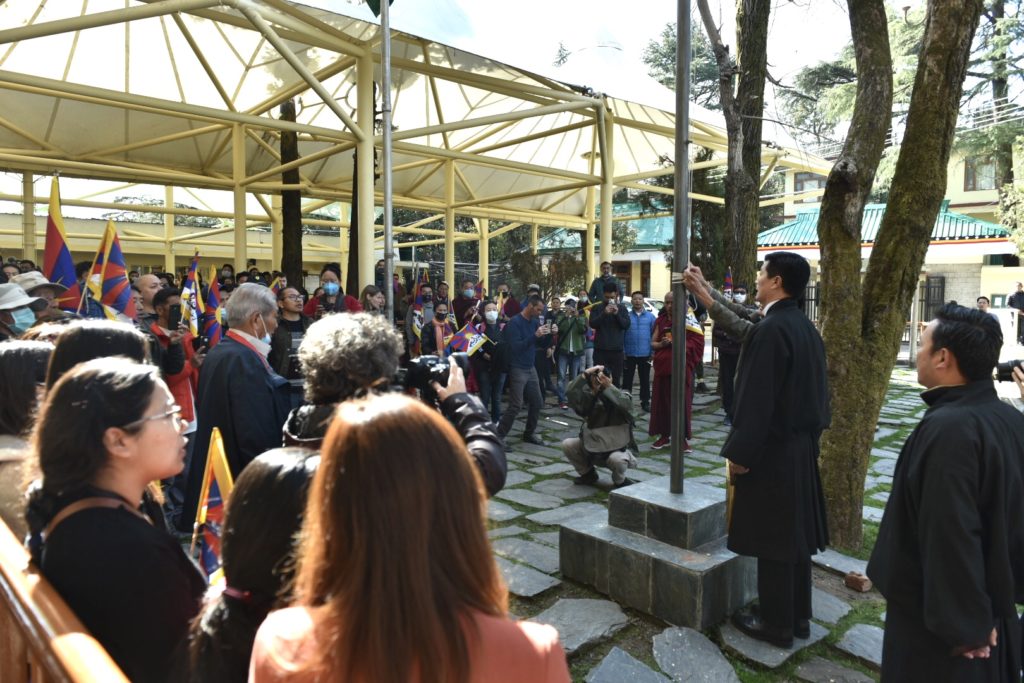 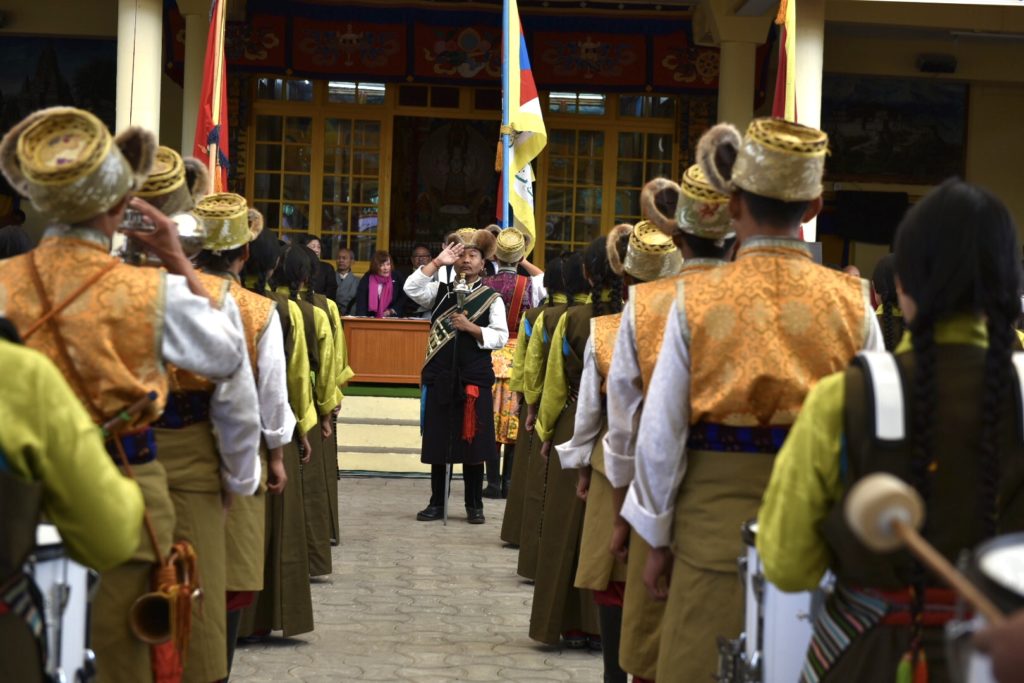 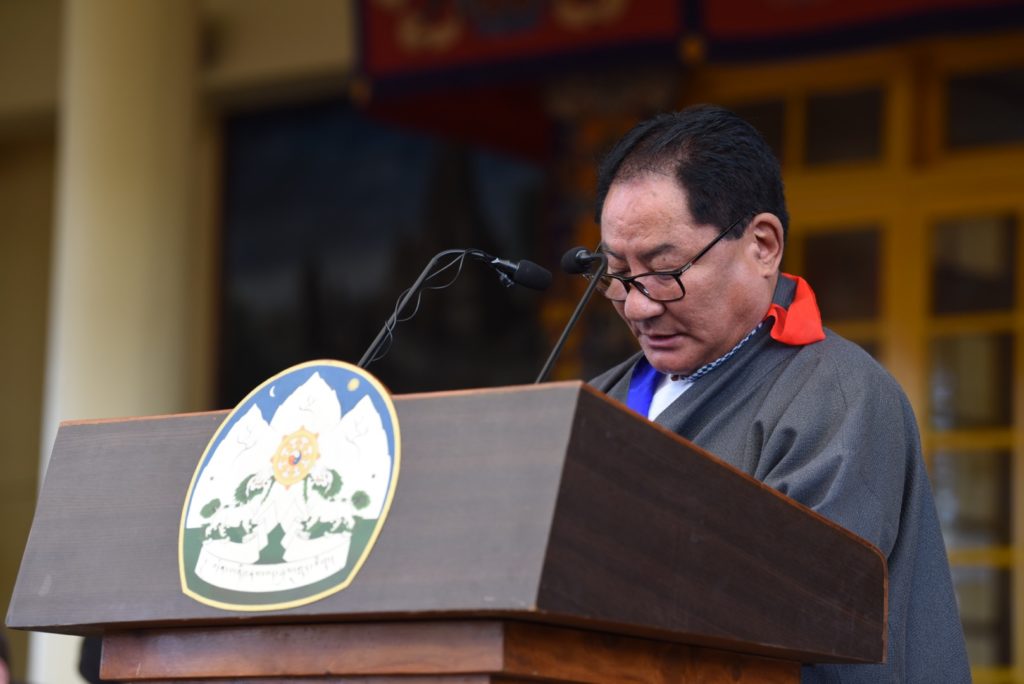 Speaker addressing the gathering on the occasion of the 61st Tibetan Uprising Day.Photo |Tenzin Phende | CTA 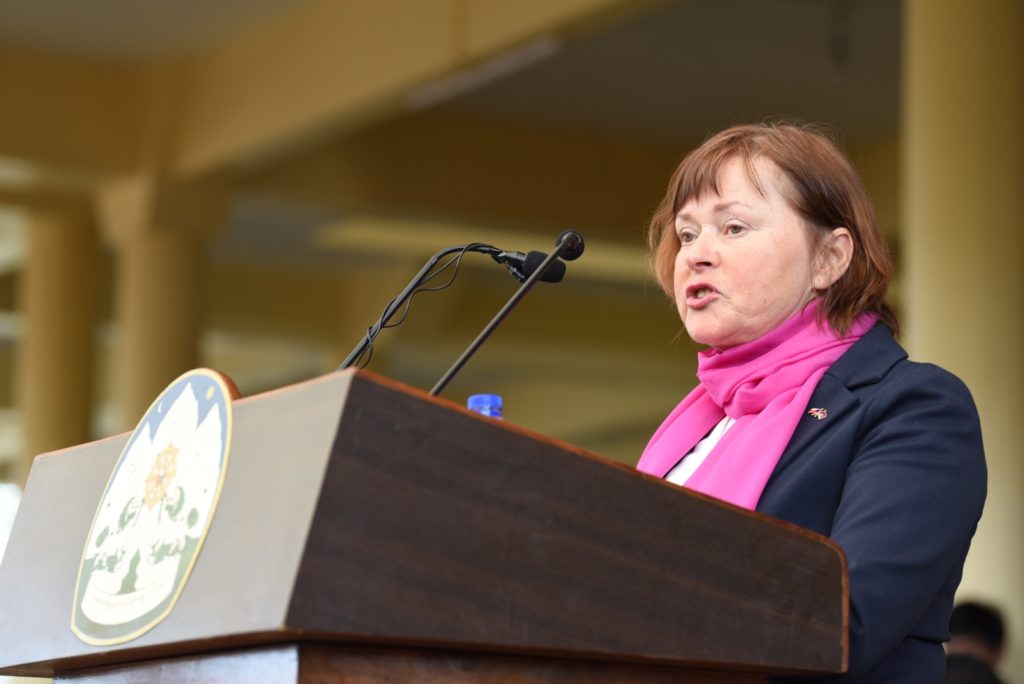 Special guest, Dana Balcarova, a founding member of the Czech Parliamentary Group for Tibet, and the chairwoman of the committee of an environment of the chamber of deputies, addressing the gathering.Photo |Tenzin Phende | CTA 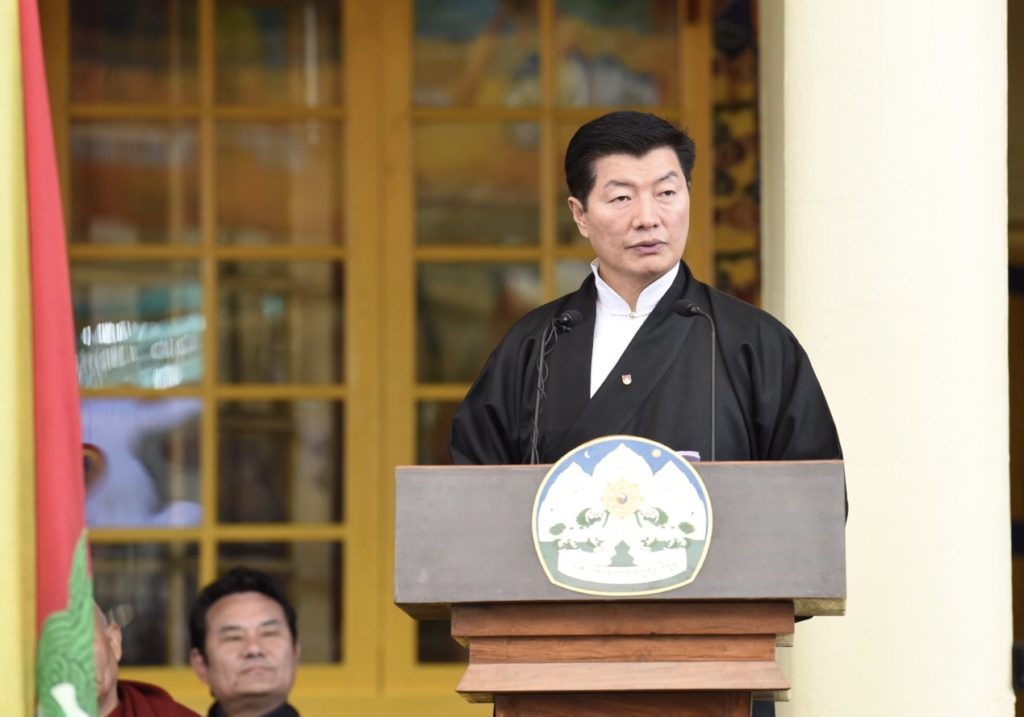 Sikyong addressing the gathering on the occasion of the 61st Tibetan Uprising Day.Photo |Tenzin Phende | CTA 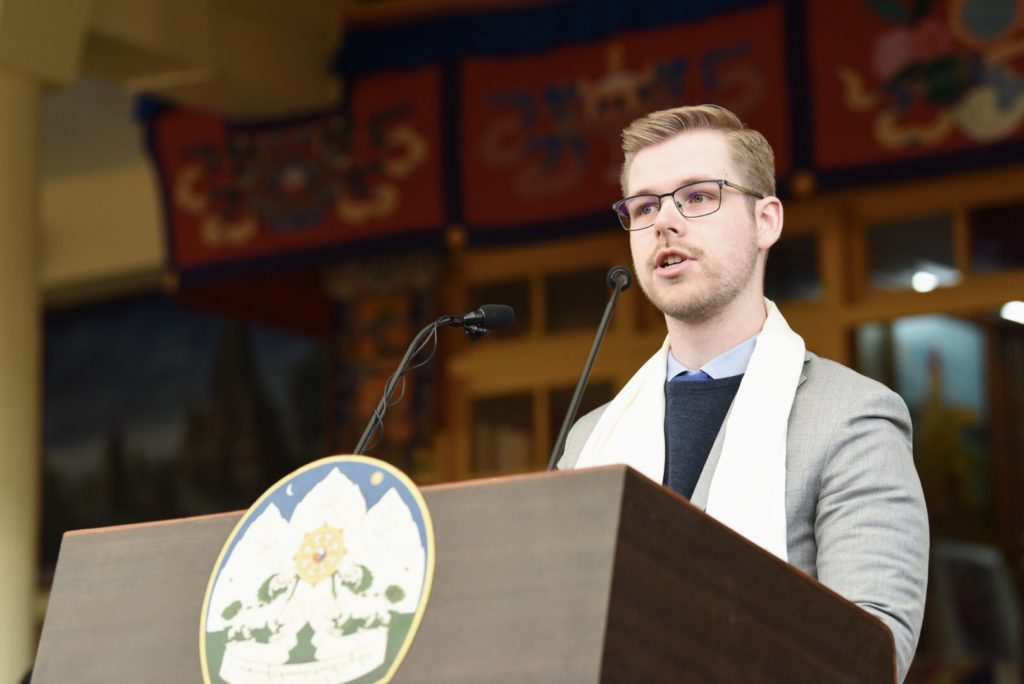 The chief guest, Hon. Frantisek Kopriva, a founding member and co-chairperson of Czech Parliamentary Group for Tibet, and the vice-chairperson of Committee for European affairs of the Chamber of Deputies, addressing the gathering.Photo |Tenzin Phende | CTA 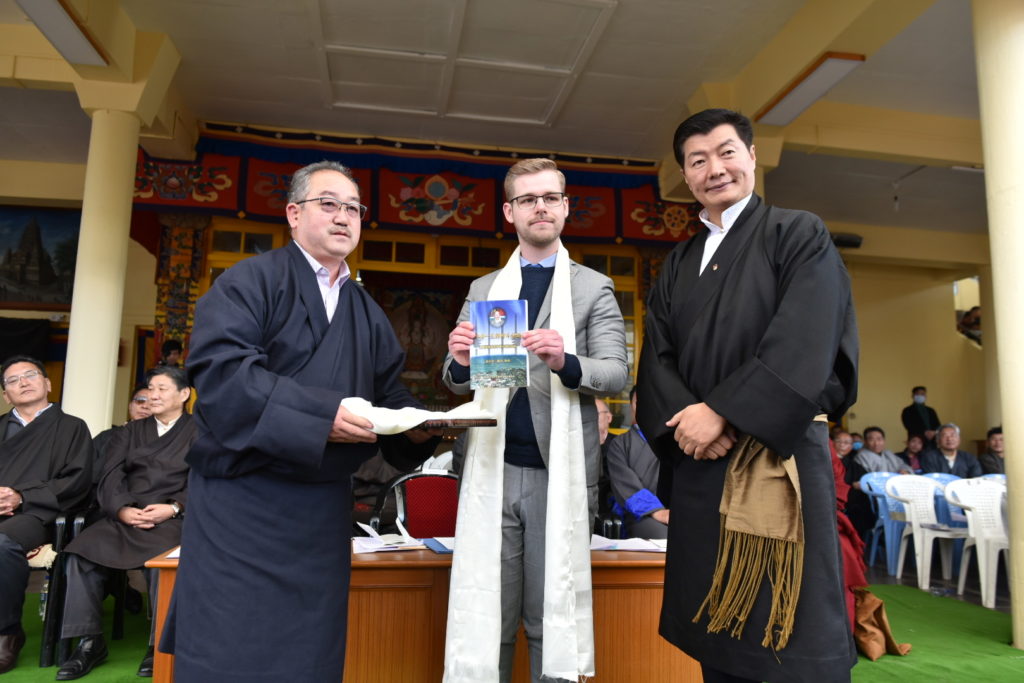 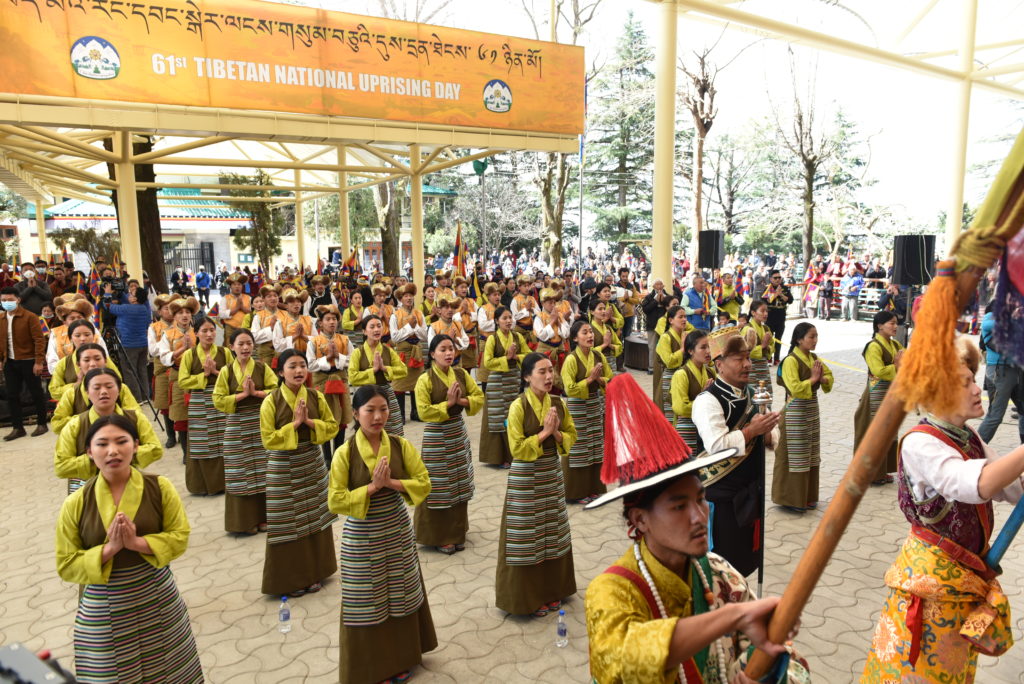 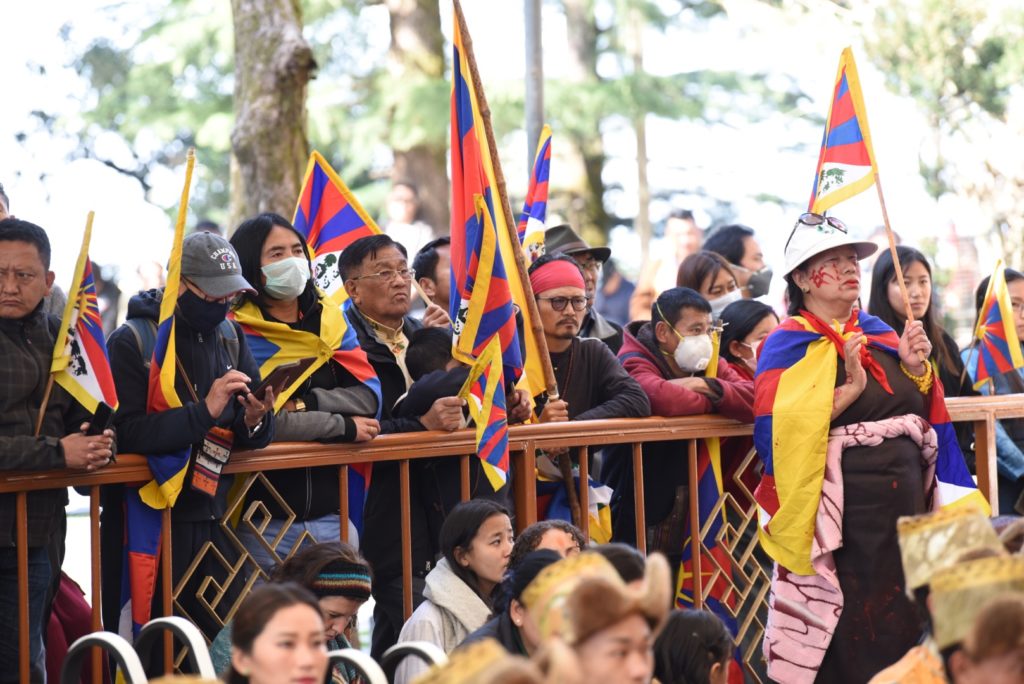 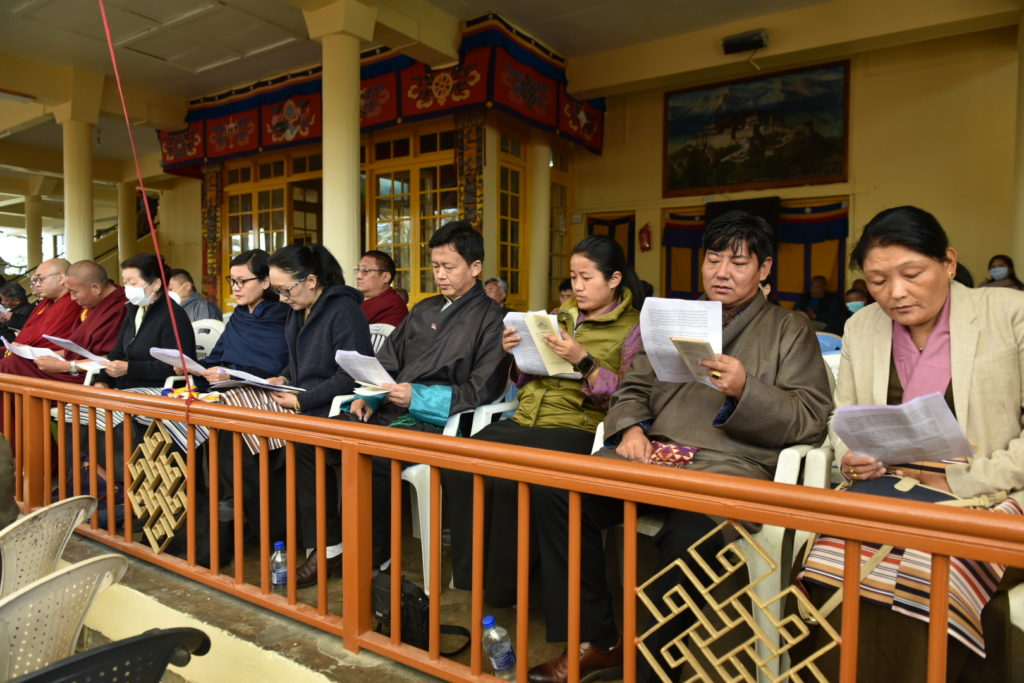