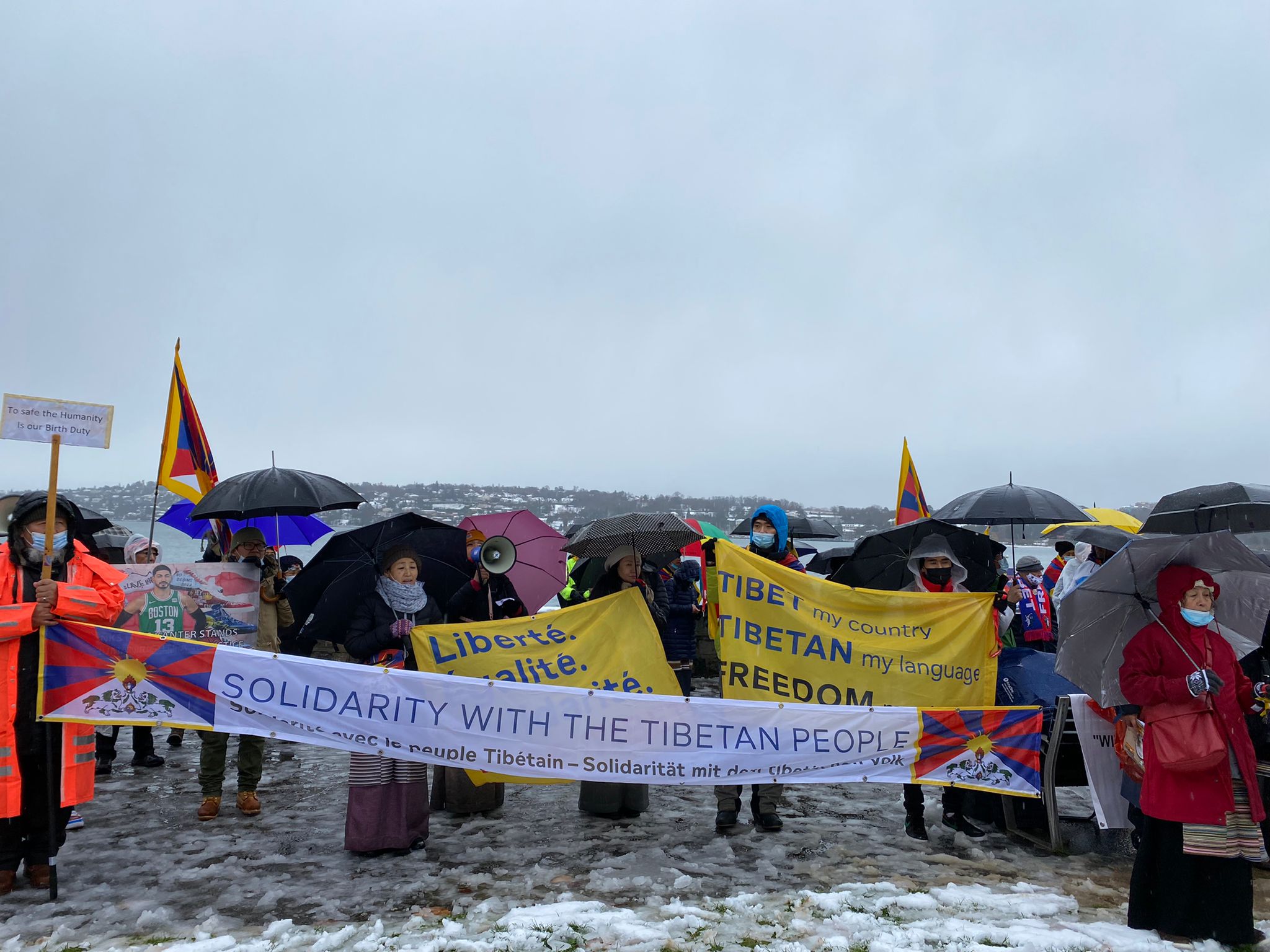 Geneva: On the International Human Rights Day, 10 December 2021, the Tibetan Community of Switzerland & Liechtenstein organised a peaceful demonstration in front of the United Nation’s Office of High Commissioner for Human Rights in Geneva in protest against continued oppression and violations of human rights in Tibet by China. Similarly, Tibetan Community in Austria organised a peace march from the Chinese Embassy to Vienna City Center on 10 December 2021.

Despite frigid weather, with snow and freezing rain, over 100 Tibetans from Switzerland & Liechtenstein gathered in front of the United Nation’s Office of High Commissioner for Human Rights in Geneva in protest against China’s continued oppression and violations of human rights in Tibet. The peaceful demonstrators shouted slogans calling China to stop persecutions of Tibetan people, and enter into dialogue with the representatives of Tibetan people for finding a lasting and peaceful solution for the Sino-Tibet conflict. The demonstrators also shouted slogans urging the UN to break its silence on Tibet and bring China in account for endless violations of human rights in Tibet. In face of China’s continued disregard of its obligation under the international human rights protection mechanism, system, members of the community also shouted “No Rights No Games” “No Beijing 2022” slogans.

While addressing the gathering, Representative Chhimey Rigzen of the Tibet Bureau expressed serious concern over China’s ever-increasing systematic attempt to “Sinicize” every aspect of Tibetan people, its culture and identity. Representative Chhimey urged Tibetans outside Tibet for the continued collective efforts in advocating for the rights and pledges of the Tibetan people.

Similarly, members of the Tibetan Community in Austria marked International Human Rights Day by organising a peace march from the Chinese Embassy in Vienna to Vienna’s city center. The members of the community gathered in front of the Chinese Embassy and staged a peaceful demonstration against China’s continued illegal occupation of Tibet and consistent violations of every aspect of Tibetans’ fundamental rights and freedom. Members of the community were seen carrying the Tibetan National flag, “Free Tibet” placards, and placards calling for China to end its occupation of Tibet and the world leaders to stand up for the rights side of history. Slogans calling for China to respect human rights, No Rights No Games, and Human Rights in Tibet were raised while marching from the Chinese Embassy to Vienna’s city center.

Report filed by the Tibet Bureau 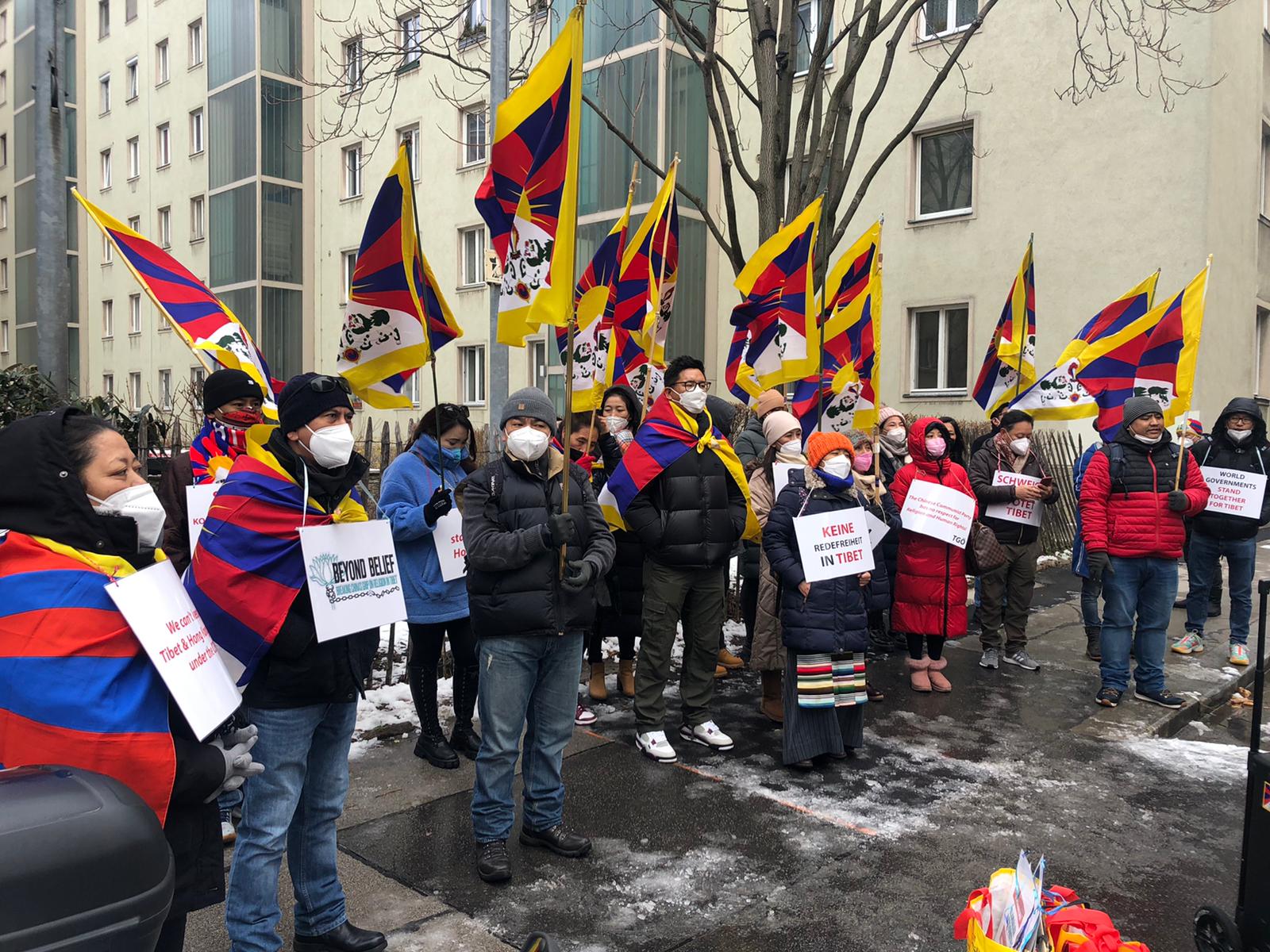 Members of the Tibetan Community in Austria gathered in front of the Chinese Embassy and march to City Center on the Int’l human rights day in protest against China for continued rights violations. 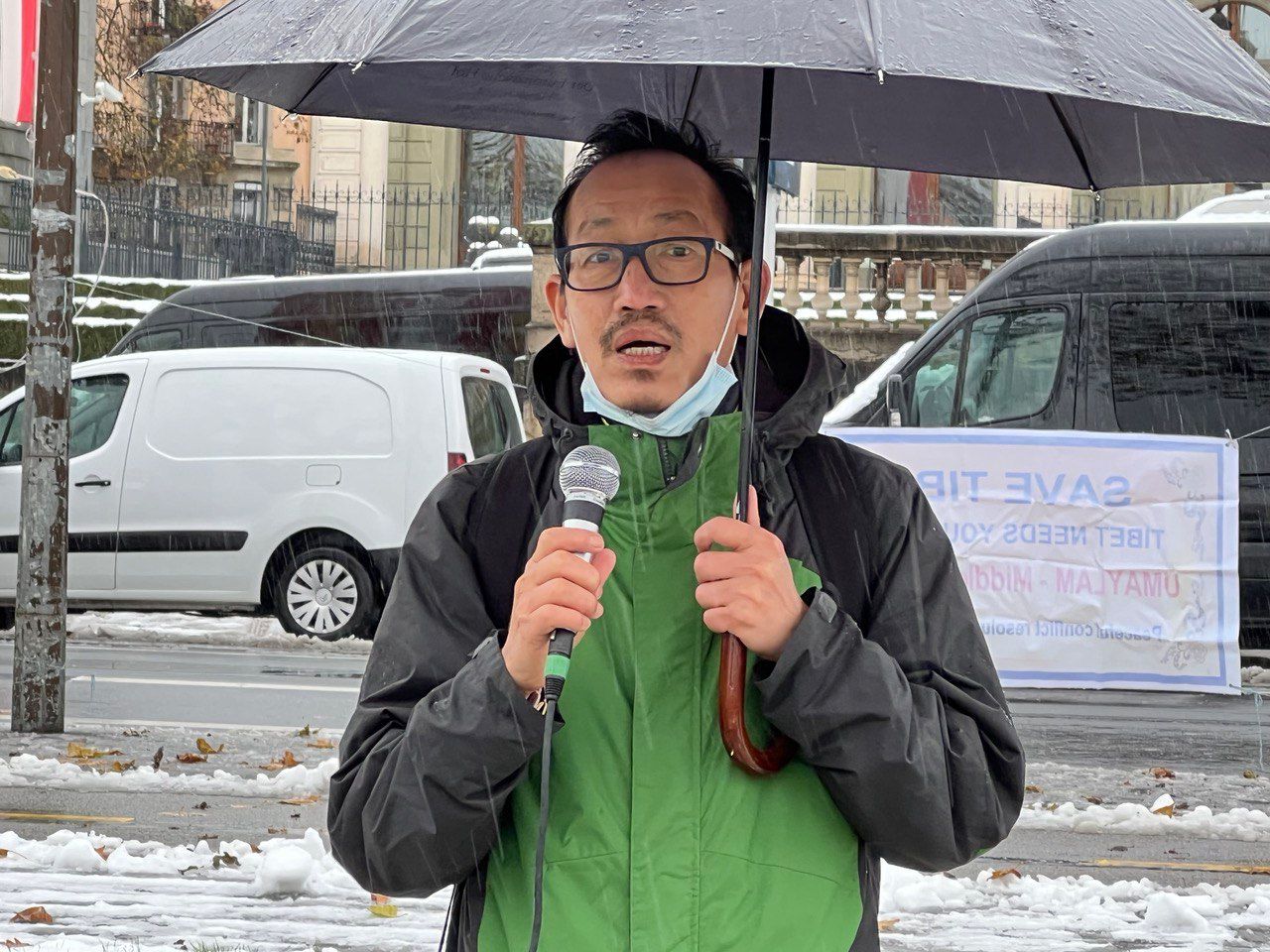