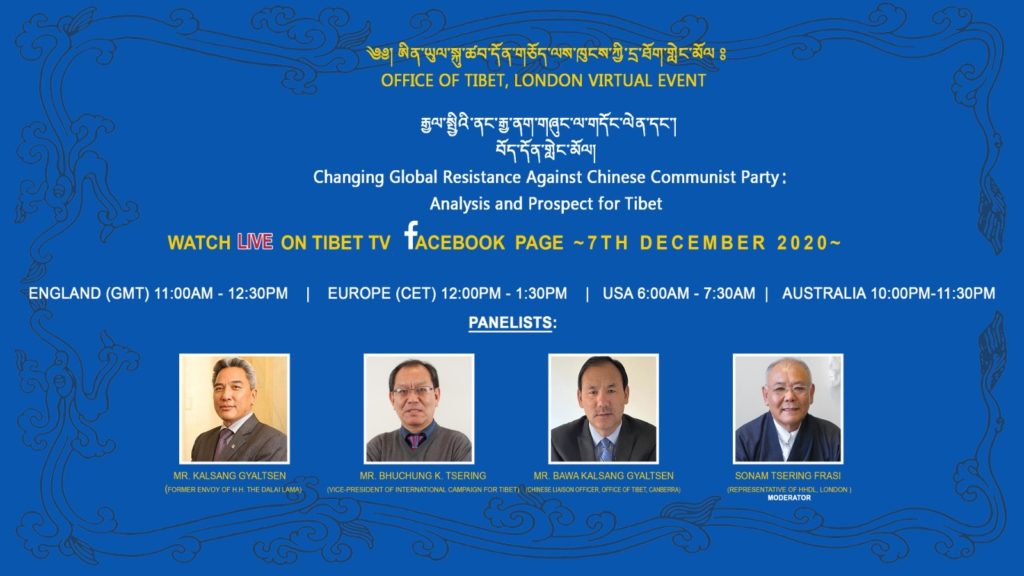 It is hoped that this timely discussion on Tibet is heard by Tibetans inside Tibet as well in China, Tibet watchers, academia and students around the world.

The distinguished speakers will discuss their views and prospects on the future status of Tibet culminating from the actions taken by the US, Europe and Australia and South East Asia on the Chinese Communist Party. The discussion will be in Tibetan language.

Sonam Tsering Frasi, Representative of His Holiness the Dalai Lama for Northern Europe, Baltic States and Poland will moderate the live event.

The total duration of this virtual event is 90 minutes and each speaker will speak for 10-12 minutes followed by Q and A session.

The event will be broadcast on Tibet TV Facebook page.