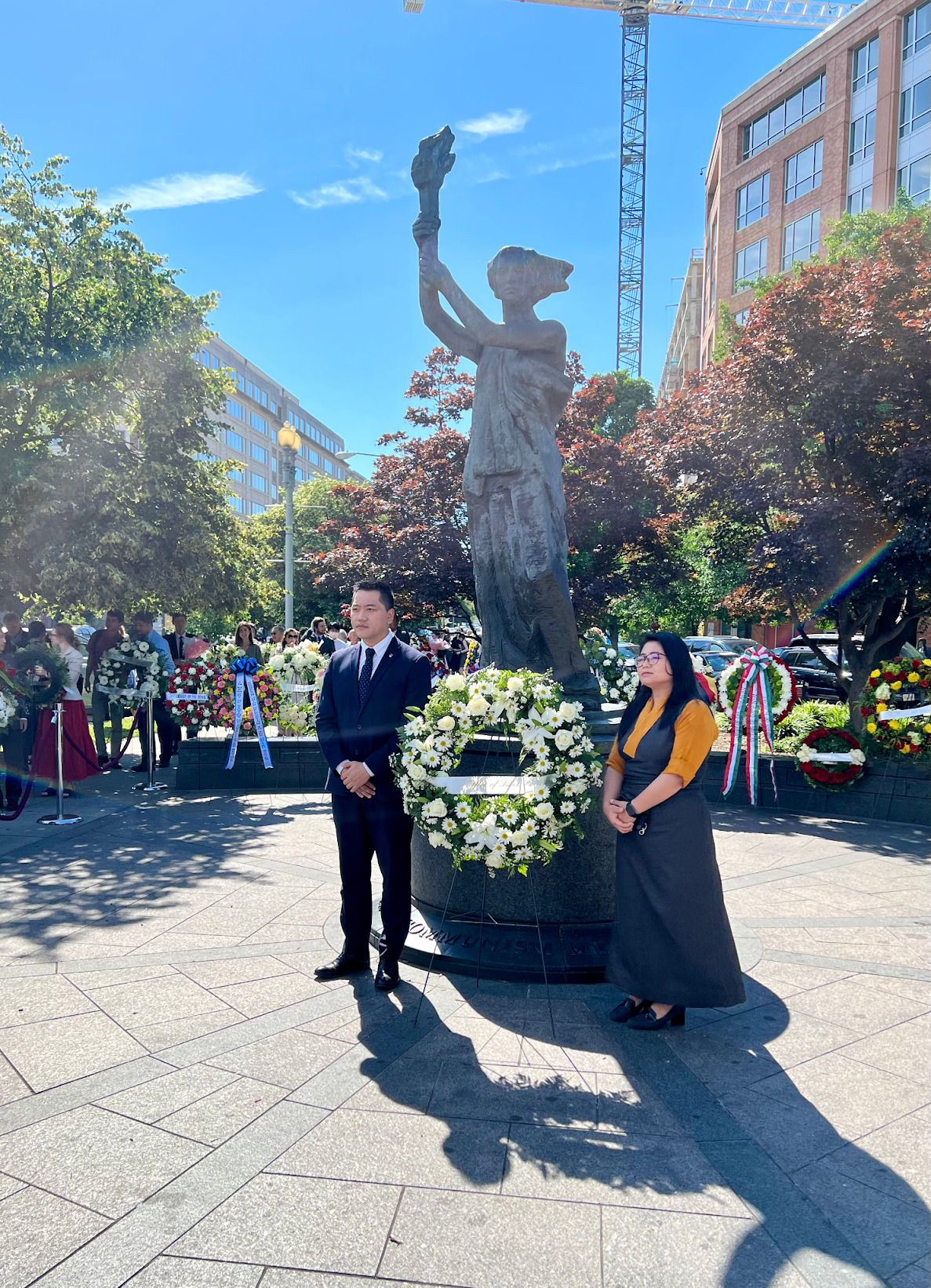 Washington DC: On Friday, 10 June 2022, the Office of Tibet participated in the Fifteenth Annual Roll Call of Nations Wreath Laying Ceremony, which was organised by Victims of Communism Memorial Foundation in Washington, DC.

Tenzin Nangwa, the Tibetan Liaison Officer and Tsultrim Gyatso, the Chinese Liaison Officer attended the ceremony to represent the Office of Tibet along with Bhuchung Tsering, the interim president of International Campaign for Tibet, who also took part in the ceremony.

Every June, embassies, diplomatic missions, and various organisations engage the memorial to honour the memory of the more than 100 million victims of communism, to celebrate liberty where it has triumphed, and to further pursuit of a world free from communism. Concurrently, the Dissident Human Rights award and Truman-Reagan Medal of Freedom  is presented to individuals who have sacrificed tremendously to spread the spirit of peace, liberty and freedom. Alexei Navalny, a Russian opposition leader, politician Lawyer and anti-corruption activist was awarded the Dissident Human Rights Award at the occasion.

More than 50 other organisations from various countries also participated in the wreath laying ceremony to remember the victims in their countries due to communism. The Office of Tibet and International Campaign for Tibet laid wreaths at Roll Call to remember the Tibetan victims of the Chinese Communist Party. 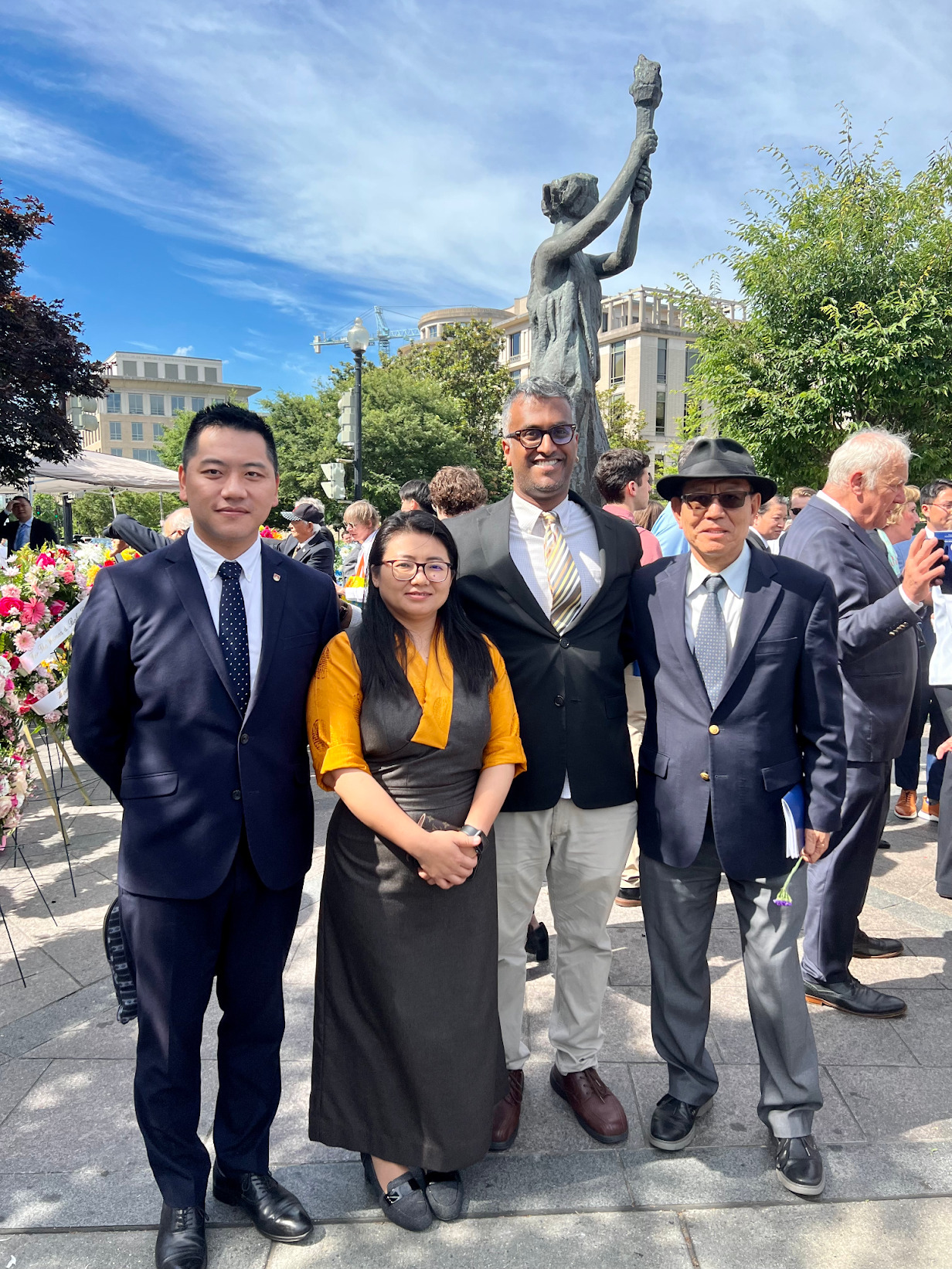