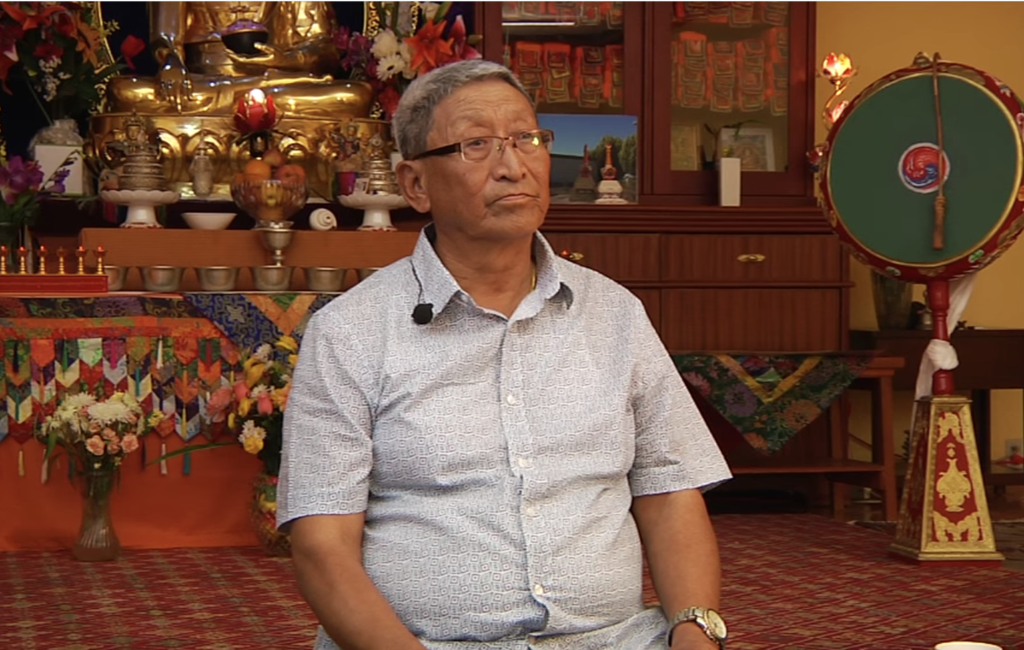 Dharamshala: The Central Tibetan Administration (CTA) today, expressed its deep condolences at the demise of Lobsang Khedup Drongretsang, former Justice Commissioner of the Tibetan Supreme Justice Commission and honoured his over 40 years of service and commitment to the Tibet cause.

He passed away peacefully at home in Vancouver, WA on Monday surrounded by his family. It is confirmed that his death was due to natural causes.

President Dr Lobsang Sangay in his condolences said the veteran leader will be remembered for his long, dedicated service to the Tibetan cause and his unflinching devotion towards His Holiness the Dalai Lama.

Lobsang Khedup Drongretsang was born in 1939 in Dayab Phugon in Kham, Tibet. His family worked as farmers and as a child he studied at home with a tutor since there were no schools then. As his family was forced to leave their hometown in Kham, Lobsang Khedup joined the Ratoe Monastery in Lhasa and studied Buddhist philosophy. His father was ultimately captured and imprisoned by the Chinese on a return trip to the village to prepare for escape to India. In 1959, Lobsang Khedup escaped from Tibet following His Holiness the Dalai Lama as the tens of thousands of fellow Tibetans.

Since joining the Central Tibetan Administration in 1965, Lobsang Khedup had a long tenure of service in various capacities until 2005. On 23 April 1965, he joined the Central Tibetan Administration as a staff at the Department of Religion and Culture. On 6 January 1973, he was promoted to the Deputy Secretary at the Department of Religion and Culture. On 6 November 1973, he was appointed as the Secretary-General of the Tibetan parliamentary secretariat where he served till June 20, 1975. From 21 June 1975, he took a brief personal leave until joining back on 10 March 1977, at the Public Service Commission. On 17 January 1983, he was appointed as the settlement officer of Bir Nangchen. On 29 September 1986, he was appointed as the chief officer of the Tibetan welfare office and the Tibetan handicraft society in Dharamshala. In 1991, he was appointed as the Assistant Secretary of the Department of Religion and Culture. A year later he was promoted to Additional Secretary and Secretary subsequently. He served as the Secretary of Religion and Culture from 3 January 1994 to 1 July 2000. He retired from his service for two years, following which he was recalled to service as the Justice Commissioner of the Tibetan Supreme Justice Commission. On 1 October 2002, he was sworn in as the Justice Commissioner where he served for over 3 years and retired on 1 July 2005.