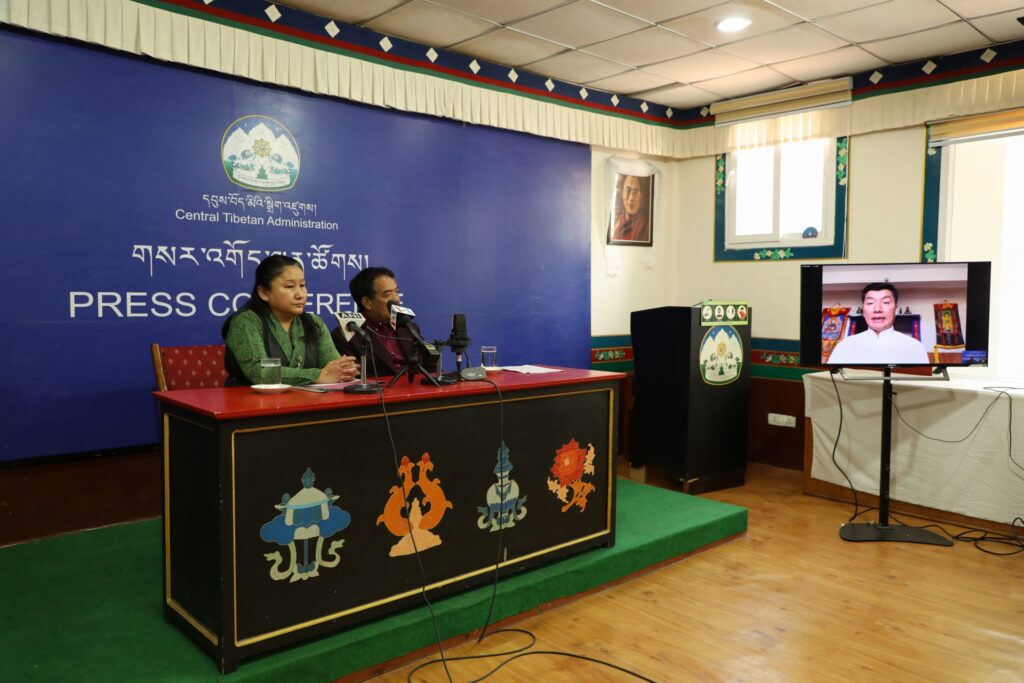 Dharamshala: A press conference was held Saturday afternoon at the Department of Information and International Relations to announce the appointment of the new TIPA Director Ngawang Choephel. Sikyong Dr Lobsang Sangay joined the conference virtually as the executive board director, from the distance of his home in adherence to the quarantine norms after just having arrived from his recently concluded farewell tour.

Sikyong in his felicitation of the new Director Ngawang Choephel described him as an extremely well-qualified appointee who is a graduate of the Tibetan Institute of Performing Arts in Dharamsala, with years of music teaching expertise in Tibetan schools and specialization in film studies and international music from the Middlebury College in the United States.

After serving 7 years in Chinese prison under unproven charges of espionage while filming his documentary “Tibet in Song”, international pressure secured his early release in 2002, and subsequently, his film premiered at the Sundance Film Festival in 2009 where it won the Special Jury Award in the World Documentary Competition. Ngawang received international acclaim and numerous awards for his film and is currently working on a new documentary on the most important Tibetan monastery, Ganden.

Sharing his appreciation for the appointment of a well-qualified and experienced Director, he said that when Mr Ngawang Choephel expressed his desire to serve as its Director, sharing his broad plans, the Kashag was greatly impressed. Similarly, he thanked the outgoing Director Tsering Choezom, commending her for the notable achievements for serving one of the largest settlements as a female Settlement Officer and TIPA’s Director.

Speaking on the occasion, new Director Ngawang Choephel remarked that TIPA is one of the first institutions established in exile and has advanced the preservation and promotion of the Tibetan cultural identity throughout the 60 years of its existence with collective efforts, strengthening the Tibetan cause.

By arranging cultural performances for countries across the world, it has brought awareness to the distinct Tibetan culture which is separate from Chinese culture in all aspects, he asserted.

In exile, the institute prepares for the annual folk opera performance, going to each and every corner from the Tibetan settlements across India to Tibetan communities abroad. However, keeping the changing sensibilities of the times, the institute accordingly needs to develop he said pointing out some of its main limitations which are generational in nature.

He also laid out his broader plans among which he stressed the timely need for promotion of Tibetan cultural arts inside Tibet, and its revival in exile, developing on the current standards, arranging monthly cultural performance for the local dignitaries and community, upgrading stage lighting facilities, holding lyrics-composition and dance competitions within the institute, building digital music library and gradually discarding the influence of western musical instruments, songs and dance, etc.

Tsering Choezom, the outgoing Director briefed on the evolution of the TIPA and its important role since its establishment in 1959 under the guiding vision of His Holiness the Dalai Lama who recognized the need for a cultural institution for the preservation and promotion of Tibetan culture.

She extended a warm welcome to the new Director as the mantle of the institute was handed over. 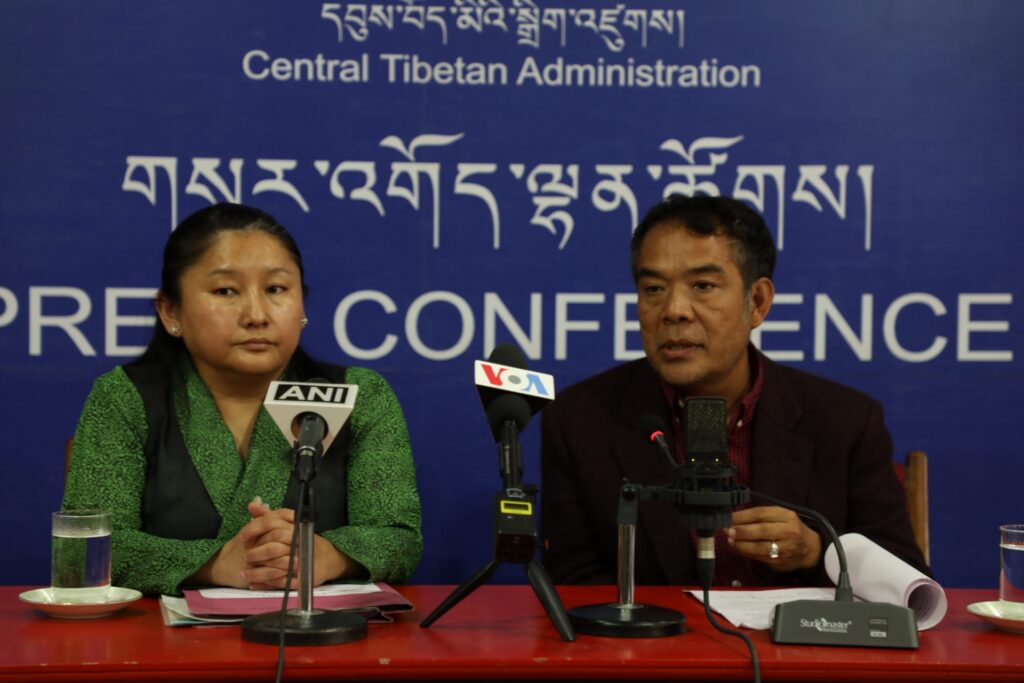 The new Director answers some of the questions posed by the media. 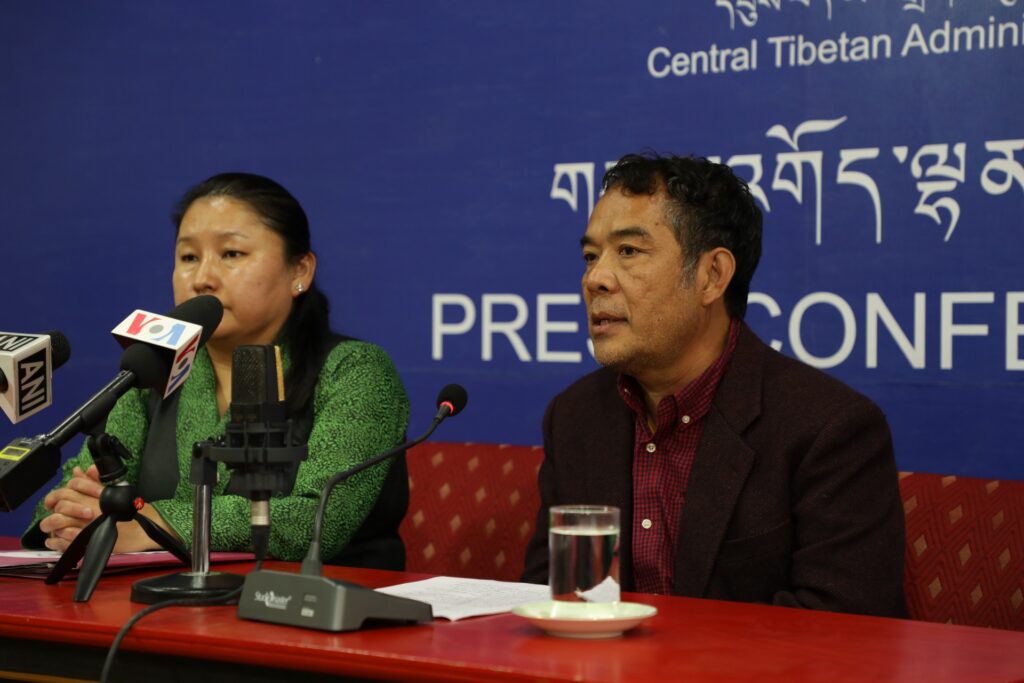 The press conference in progress.