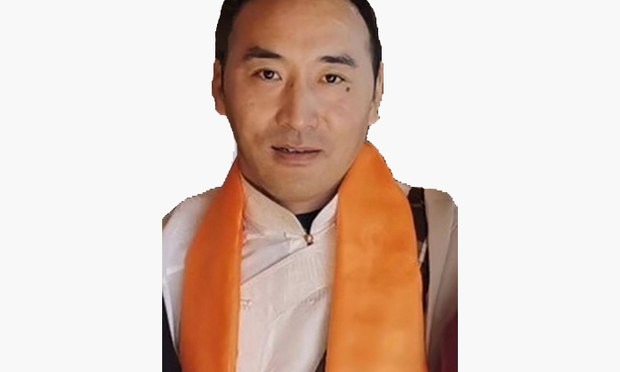 Dharamshala: Ajaja from Tibet’s Ngaba region who was jailed for celebrating the birthday of Tibet’s spiritual leader, His Holiness the Dalai Lama in 2015, has been released after spending more than five years in Chinese jail. Ajaja was released earlier this month after completing his sentence, confirmed Kanyag Tsering of the Dharamshala-branch of Kirti Monastery in exile.

“Ajaja was released around December 10. Though the exact date is not known, he reached his home on December 12,” said monk Kanyag Tsering.

Ajaja was among nine others who took part in Gyaton or the celebration of the 80th birthday of His Holiness the Dalai Lama in Ngaba county, incorporated into China’s Sichuan Province. Following the celebration, all the ten Tibetans were arrested and detained one after another until they were all formally sentenced in 2016.

On 6 December 2016, the Intermediate Peoples’ Court in Barkham, Ngaba prefecture sentenced the 10 Tibetans, including three monks, two women to varying terms of 5 to 14 years in prison for taking part in the birthday celebration. Ajaja was given a 5-year prison term by the Chinese court. This was not the first time that the Chinese authorities in Tibet had arrested and sentenced Ajaja. A former monk of Ngaba Kirti Monastery, Ajaja was sentenced first in 2011 in the aftermath of Phuntsok’s self-immolation to three years’ imprisonment.