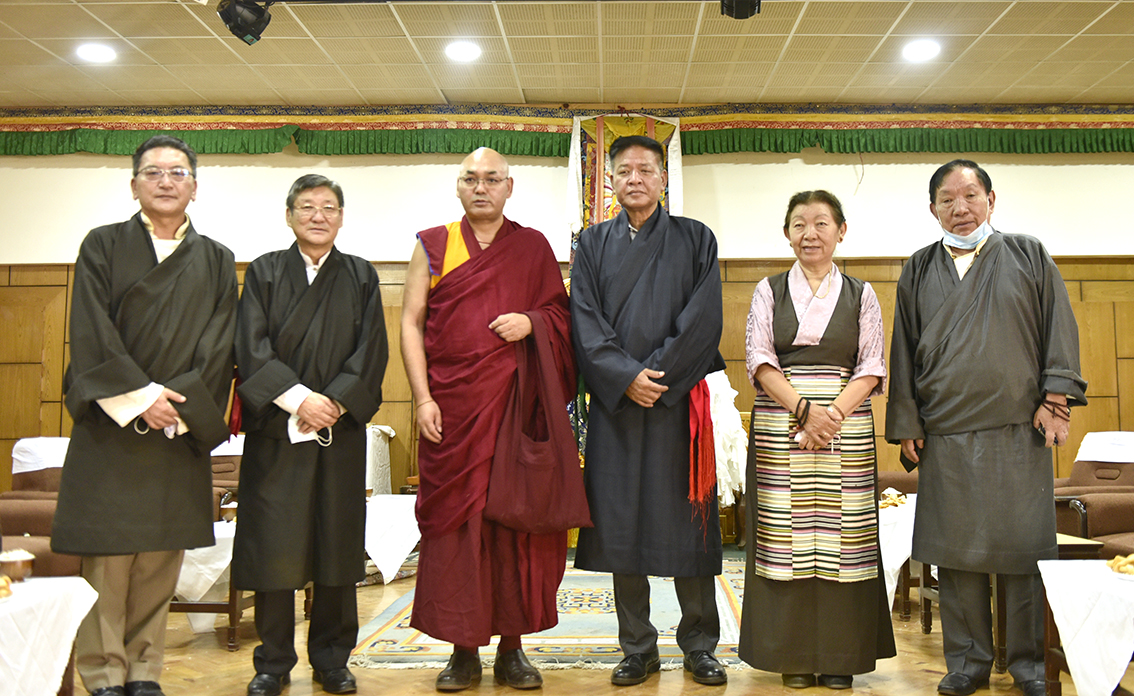 Dharamshala: Newly elected Speaker Ven Khenpo Sonam Tenphel and Deputy Speaker Dolma Tsering of the 17th Tibetan Parliament in Exile were sworn in today at the Sikyong Auditorium, Gangchen Kyishong. The oath of office was administered by Sonam Norbu Dagpo, the Chief Justice Commissioner of the Tibetan Supreme Justice Commission.

The oath-taking ceremony was attended by Sikyong Penpa Tsering, members of the 17th Tibetan Parliament, justice commissioners, heads of the autonomies bodies and the secretaries of the various departments of the Central Tibetan Administration. 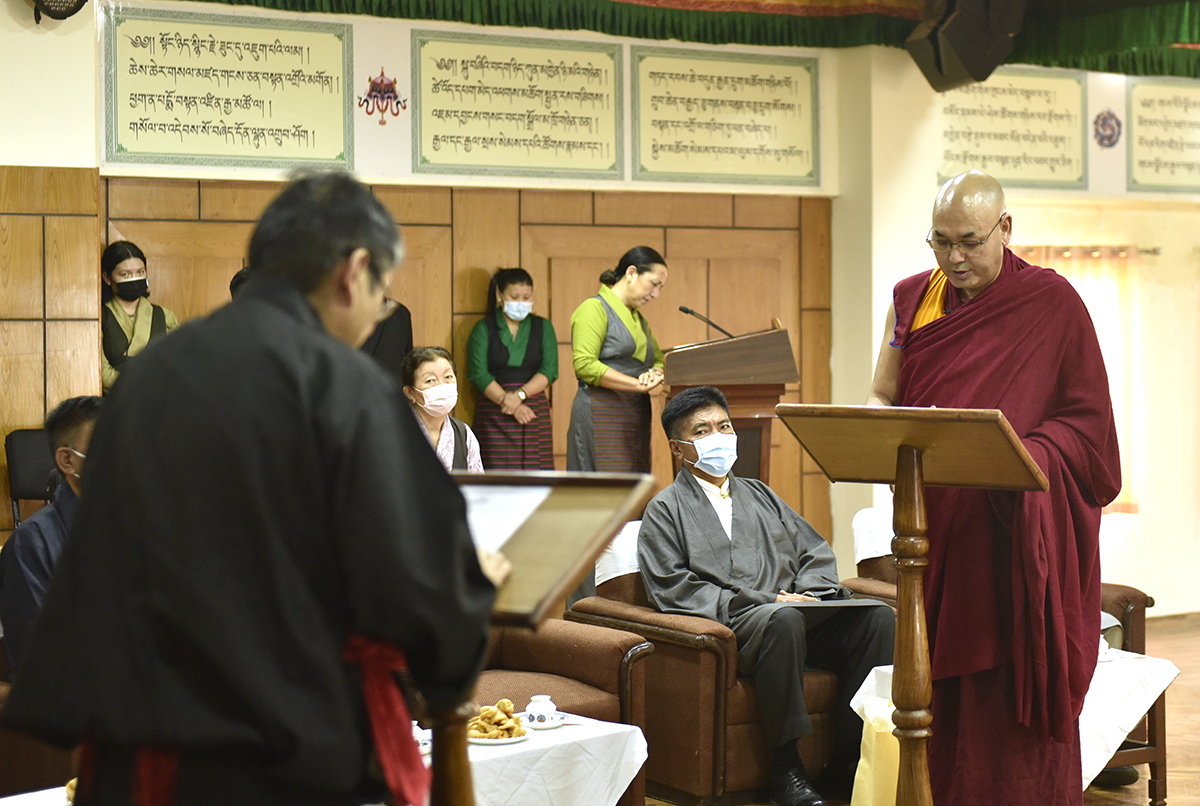 Ven Khenpo Sonam Tenphel was born at Rekhe in Kham in 1974. At the age of 13, he joined Nari Tashi Choeling monastery and received education in preliminary Buddhist teachings, meditation and rituals. He came to exile in 1993 and received an audience with His Holiness the Dalai Lama. Later he joined Namdroling monastery in South India and received monastic education in both Buddhist sutra and tantra teachings and earned a Lopon degree. He also served as an assistant teacher and later, as a teacher at Namdroling monastery. As appointed by Kyabje Drubwang Penor Rinpoche, he also served as a disciplinarian at the monastery for three years. In 2011, he received Doctorate in Buddhist Philosophy from Karma Kuchen Rinpoche. He was earlier elected to the 14th Tibetan Parliament as a representative from the Nyingma school of Buddhism. In 2011, he was elected as the Deputy Speaker of the 15th Tibetan Parliament-in-Exile. Khenpo Sonam Tenphel was also elected as the Speaker of the 16th Tibetan parliament with Mr Pema Jungney on time-sharing basis. Khenpo Sonam Tenphel was elected as the Speaker of 17th Tibetan Parliament in Exile. 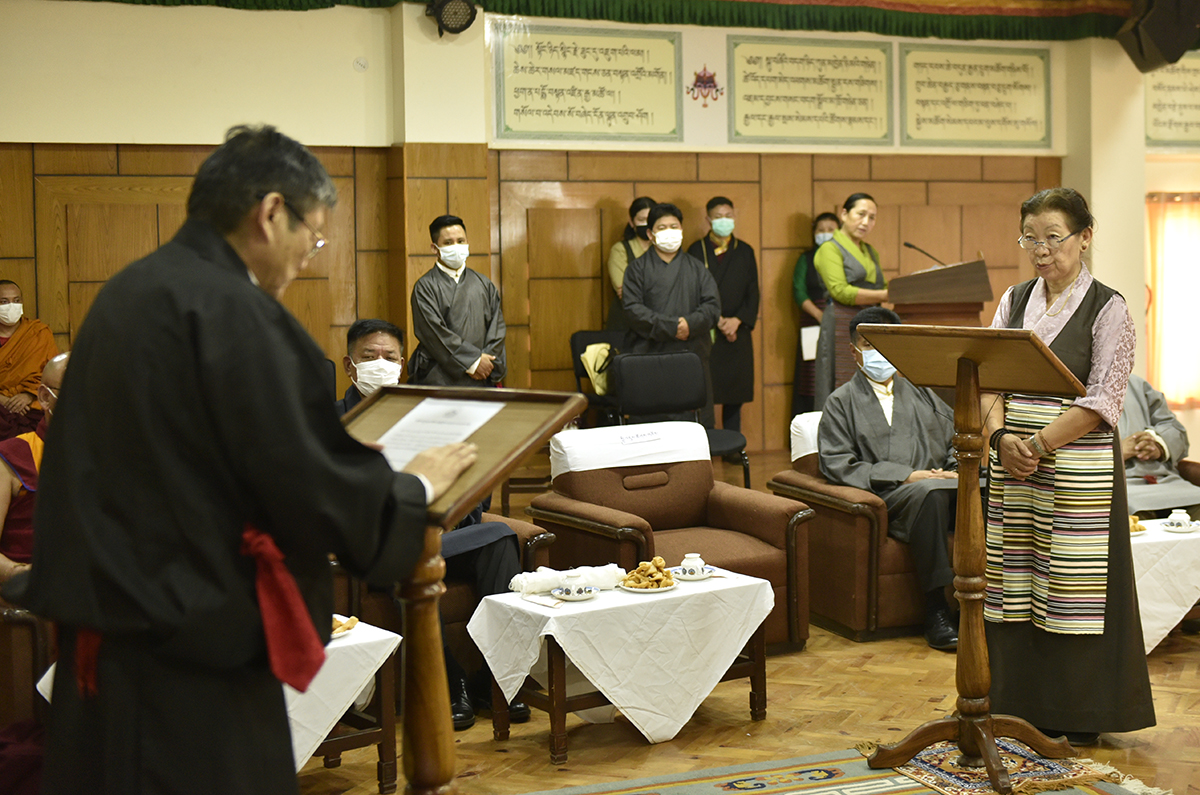 Dolma Tsering was born on 1st July 1956 at Dagne, Tibet. She completed her school education, followed by her bachelor’s degree and teacher training course with the kind help and blessing of His Holiness the great 14th Dalai Lama, and the Central Tibetan Administration. For 26 years, she has worked as a teacher in various Tibetan schools for which she was facilitated by the Department of Education of the Central Tibetan Administration. She has served as the President of the 9th and 10th Utsang Central Executive Committee and is currently an advisor to the committee. She is also a recipient of the Fulbright Scholarship, the USA of 2001, where she studied Special Education and seized the opportunity of spreading awareness on Tibet’s issue to the American and international students studying there. Ms. Tsering was previously elected to the 13th, 14th, 15th, and 16th Tibetan Parliament-in-Exile and has been a member of the Standing Committee and many other parliamentary committees numerous times. As a Parliament Member, she has always been very vocal in apprising the general public’s aspiration in the house and has taken active participation in the official visitation, and Tibet outreach programs in India and abroad. She is currently a member of the 17th Tibetan Parliament-in-Exile from Utsang province. 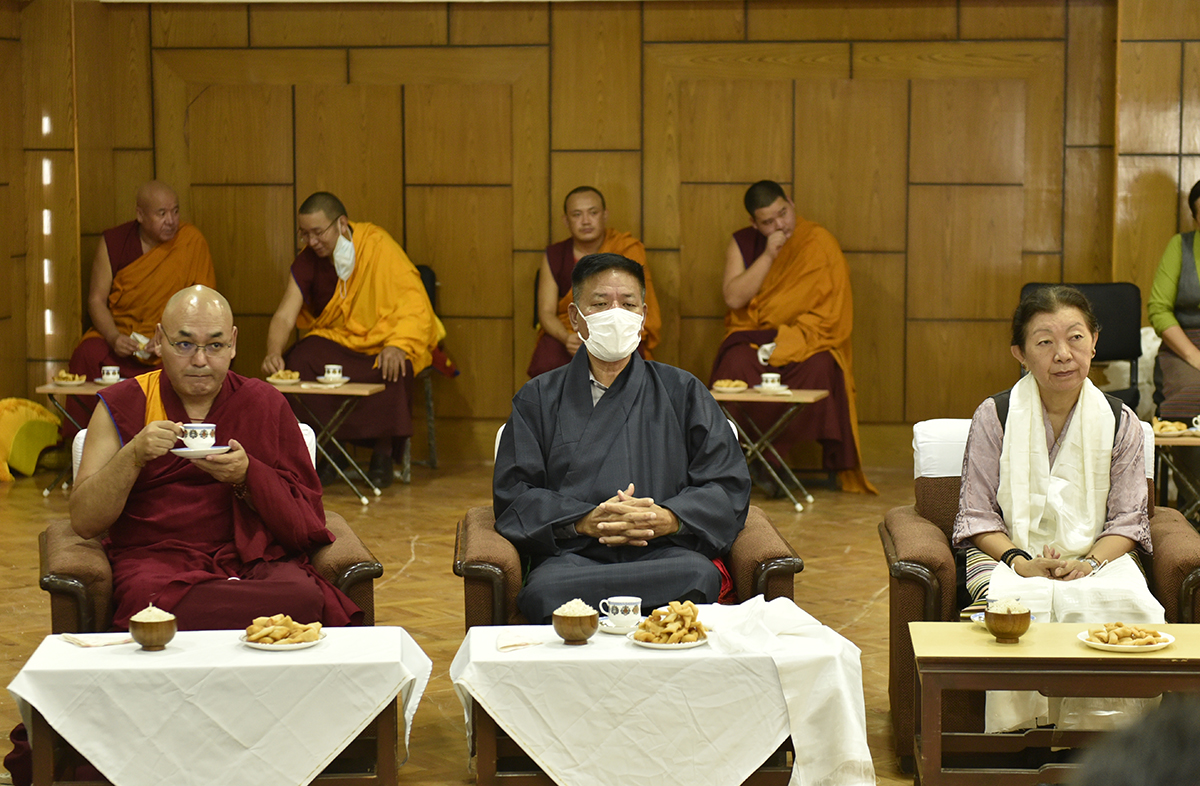