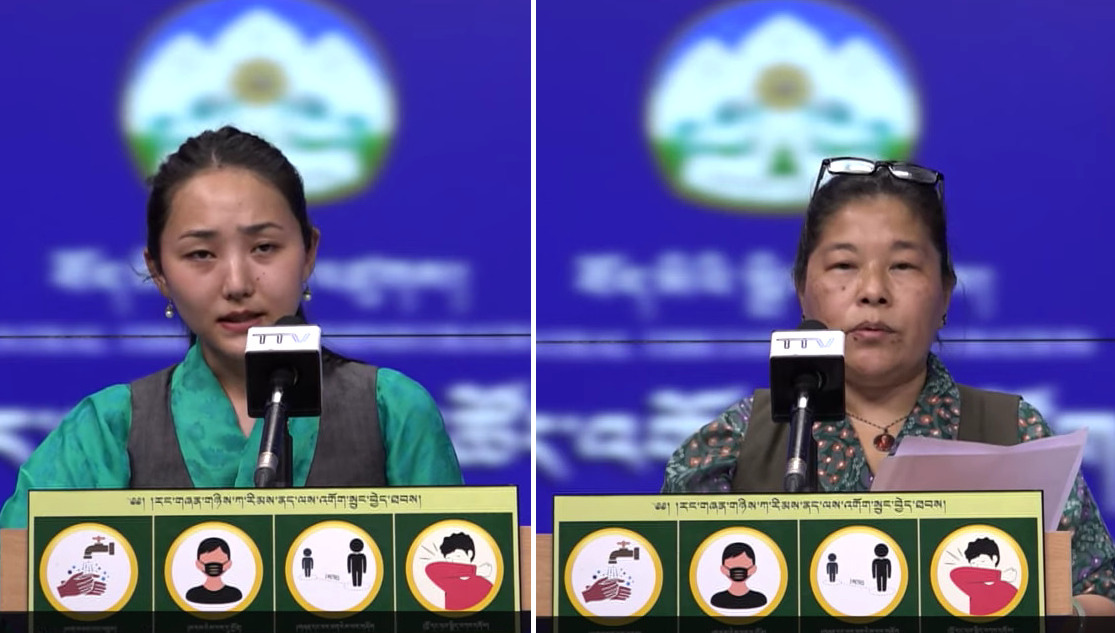 The joint secretary further updated vaccination figures of the Tibetan community in India and Nepal, mentioning 5,121 completely vaccinated and 328 partly jabbed Tibetans in the former while the latter has 7,029 fully inoculated Tibetans above 18. Similarly, the total number of children between 12 and 17 vaccinated in the former counts 1,592, with 372 partially vaccinated. In contrast, the latter jabbed 109 children.
Apart from these, the sum of total 3,922 elderly Tibetans and 594 front liners in India and Nepal received booster shots.

Up until now, as many as 168 Tibetans succumbed to Coronavirus out of 9,150 infected Tibetans since the emergence of this deadly virus and the rest recovered.

Additionally, she apprised the public of this year’s World Health Day’s theme, “Our Planet, Our Health”, to underscore the significance of environmental protection for mankind’s existence.

Following that, Dr Tenzin Namdol informed Tibetans about the pop up of the new variant named XE, which is labelled variant of concern. Since viruses constantly change through mutation, often resulting in a new variant of the virus, she urged everyone to be attentive given the transmissibility of the later variants.