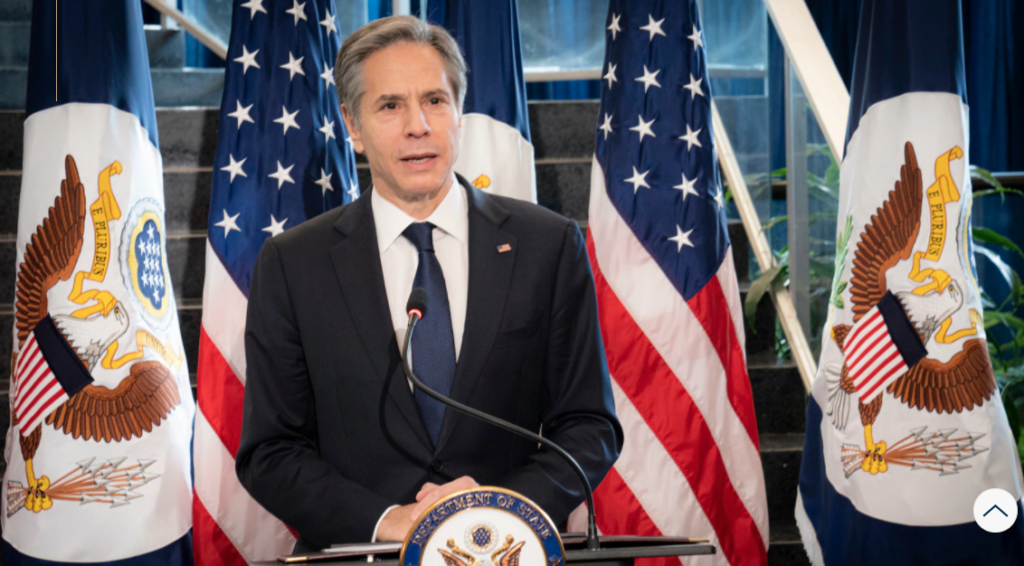 Washington DC: Secretary of the US State Department, Antony Blinken on Thursday affirmed his commitment to appoint a Special Coordinator for Tibetan issue in an exclusive with Radio Free Asia’s Tibetan Service.

When questioned about the new US Administration’s role by Radio Free Asia,  Secretary of State Antony Blinken stated that the Special Coordinator for Tibetan issue will be appointed in a timely manner and it will be committed to empowering allies to press Beijing for engaging in dialogue with His Holiness’s representatives. The spokesperson also stated that the US is committed to support human rights for Tibetans living under Chinese rule, promote religious freedom, and advocate for Tibet’s environment.

“We urge Chinese authorities to respect the human rights of Tibetans, and the preservation of Tibet’s environment as well as the unique cultural, linguistic, and religious identity of Tibetan traditions,” the State Department spokesperson said.

The spokesperson further stated, “The United States supports meaningful autonomy for Tibetans” and all appropriate tools (such as visa restrictions and financial sanctions) will be utilized to hold any relevant Chinese officials accountable. The new administration under President Biden will also push for access to Tibetan areas.

Representative Ngodup Tsering welcomed the statement as extremely positive and thanked the new President and Secretary of State on behalf of the Central Tibetan Administration. All the major points that have been taken up with the US Administration are being addressed, stated the Representative. Representative Tsering sent a felicitation letter to Secretary Blinken on January 28th upon his nomination and urged him to appoint a Special Coordinator with at least an Under Secretary’s rank as soon as possible.