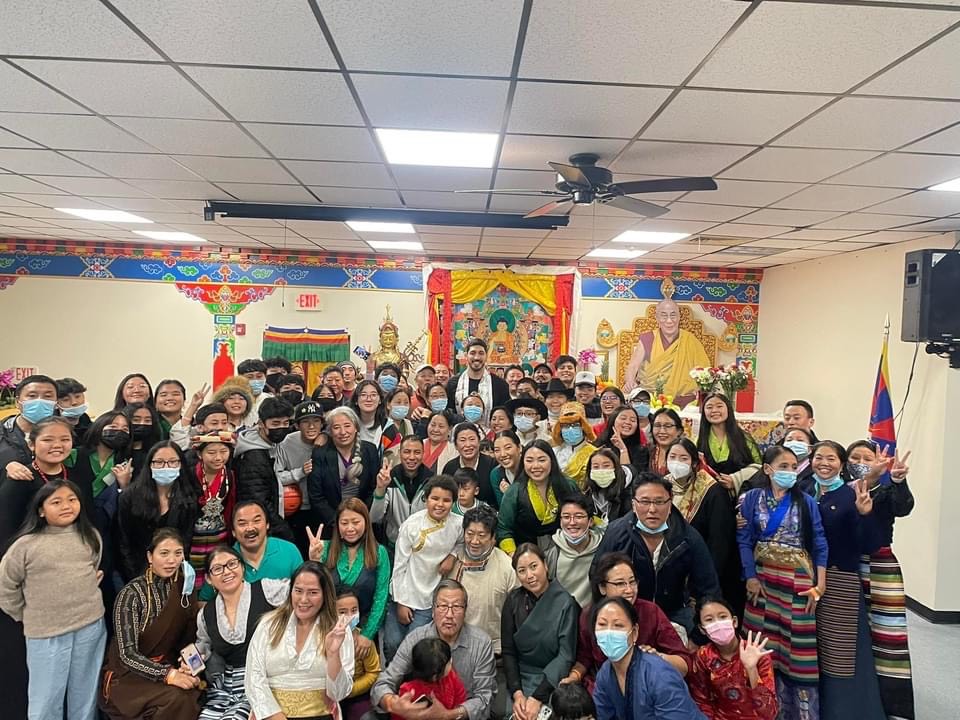 “I do a lot of work with a lot of communities but the Tibetan community is definitely one of the most kind, lovable, and passionate people that I have ever met,” the NBA star declared. “When I check my Instagram and see all the messages that you guys have sent to me, it really touches my heart. I try to share them as much as I can. Not just in America, but all over the world, you can see what kind of people Tibetans are,” he added.

Speaking about his background, he explained how he came to learn about His Holiness the Dalai Lama and his messages of peace, love and compassion. “I was born in Switzerland but I am from Turkey. I came to the US when I was 17 years old in 2009. I remember after I came, one of my friend in America was a Buddhist. Till then, in my whole life, I have never met a Buddhist before. It was through him that I was introduced to this culture, religion and people. When I have conversations with him, he would try to explain to me about His Holiness the Dalai Lama, about the culture, about the food, and about the people in Tibet. And I was really inspired,” he said.

“That was the first time I heard about you guys and about His Holiness the Dalai Lama. And I started to follow His Holiness the Dalai Lama on social media. I was a teenager at the time and the best way to follow someone was through social media. His messages were really inspiring and touched my heart. I read about his life, and what the Tibetan people are going through. And all the messages that I have seen were about unity, compassion, love, and kindness. The one message that really spoke to me was: we can be from different religions, cultures and different colors, but the most important thing in life is to leave our differences on the table and try to find what we have in common. How can we make this world better together. The key word was together,” he explained.

Recounting how he became committed to social causes, he said: “I sat down this summer and studied what the Uyghurs are going through, what Hong Kongers are going through, and what Tibetans are going through? And I was ashamed of myself because for the last ten years I was in the NBA but I didn’t do anything about these issues. I asked myself why did I not speak about these issues before. And I wanted to change this. From that day, I decided I am going to do anything I can to be the voice of all those innocent people out there who don’t have a voice,” he remarked.

The celebration also included presentation of Tibetan cultural performances by Tibetan school students, and serving of traditional Tibetan foods like Momo and noodles. 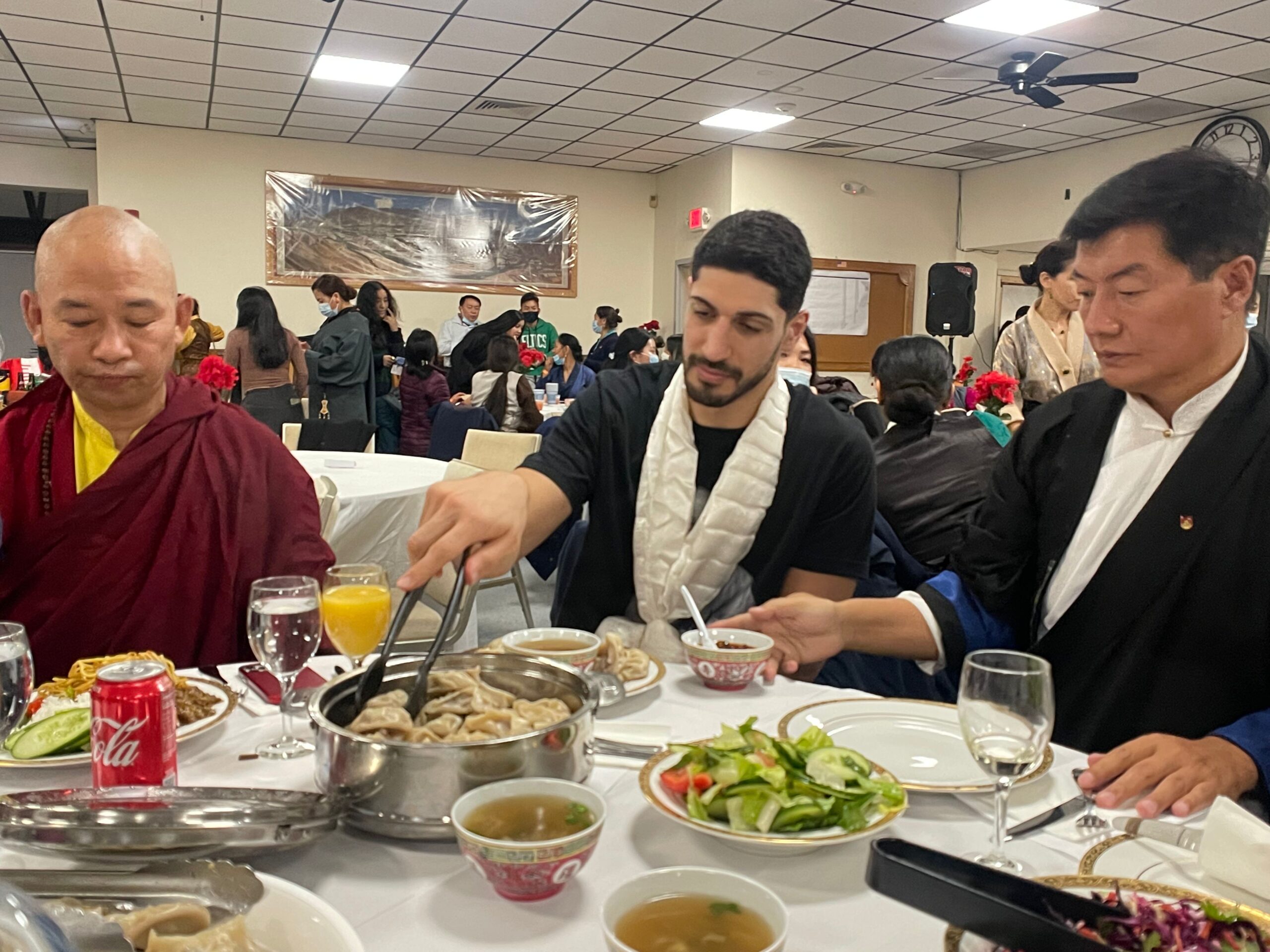 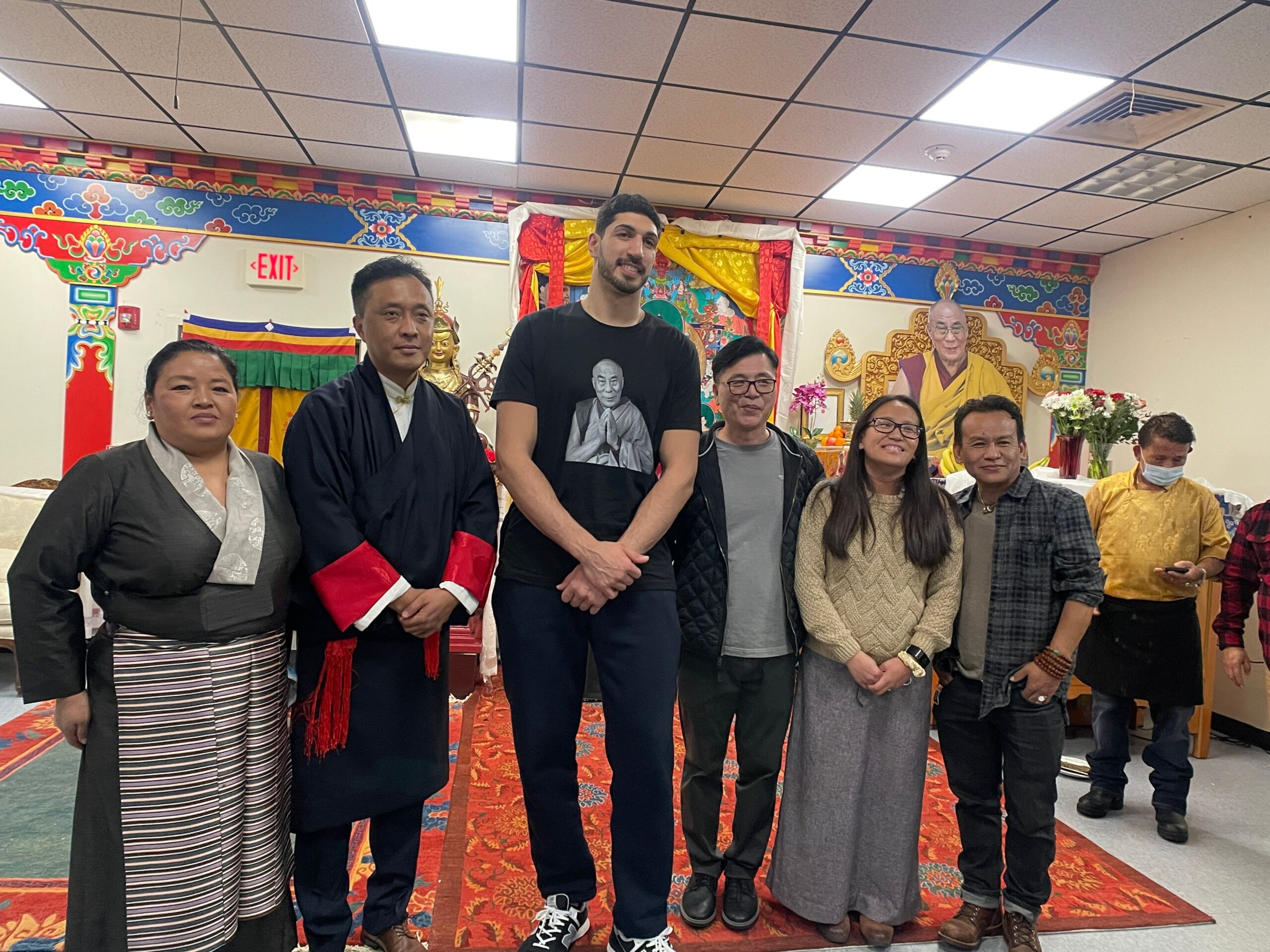 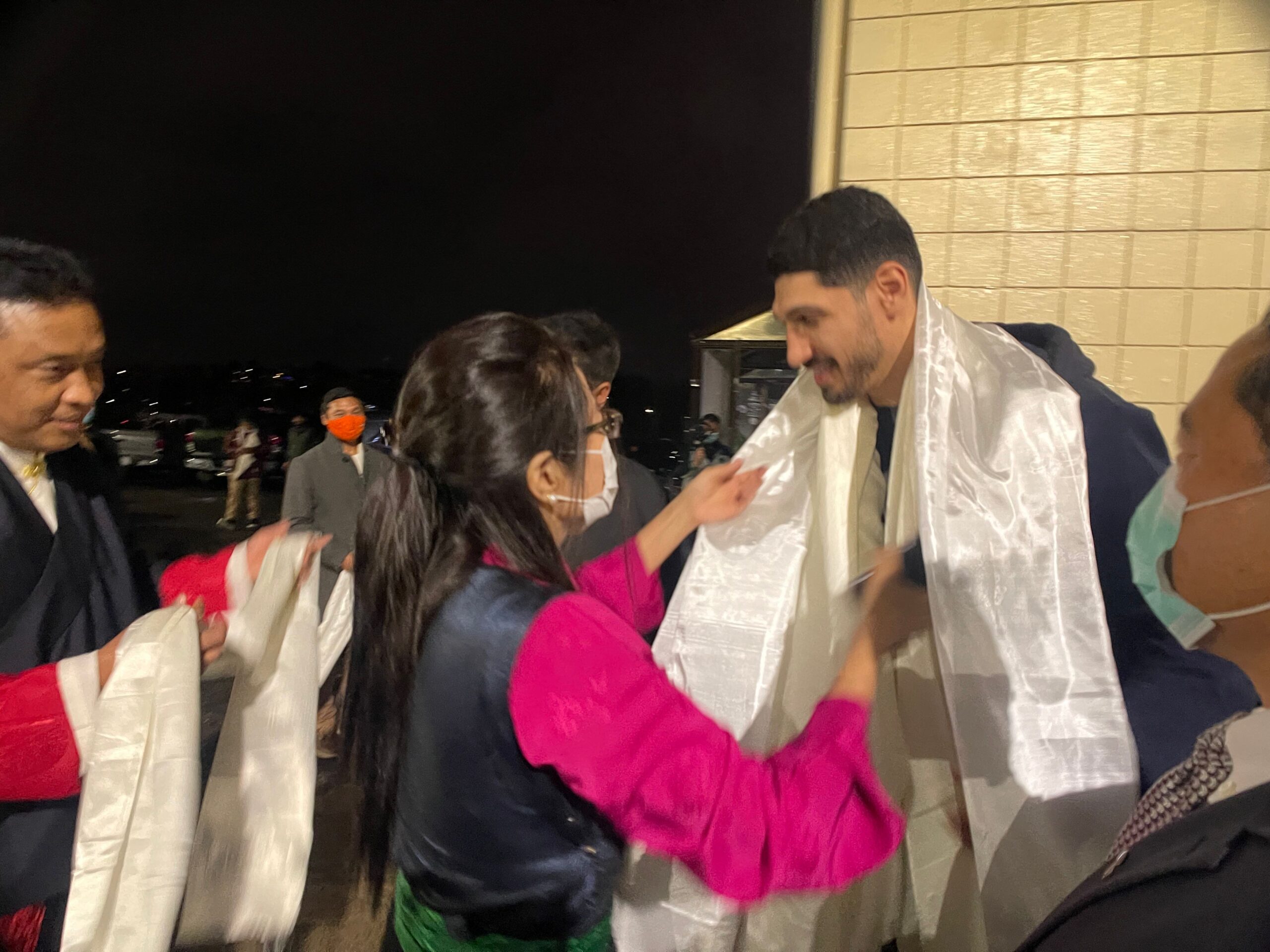 Tibetans welcoming the NBA star to the celebration. 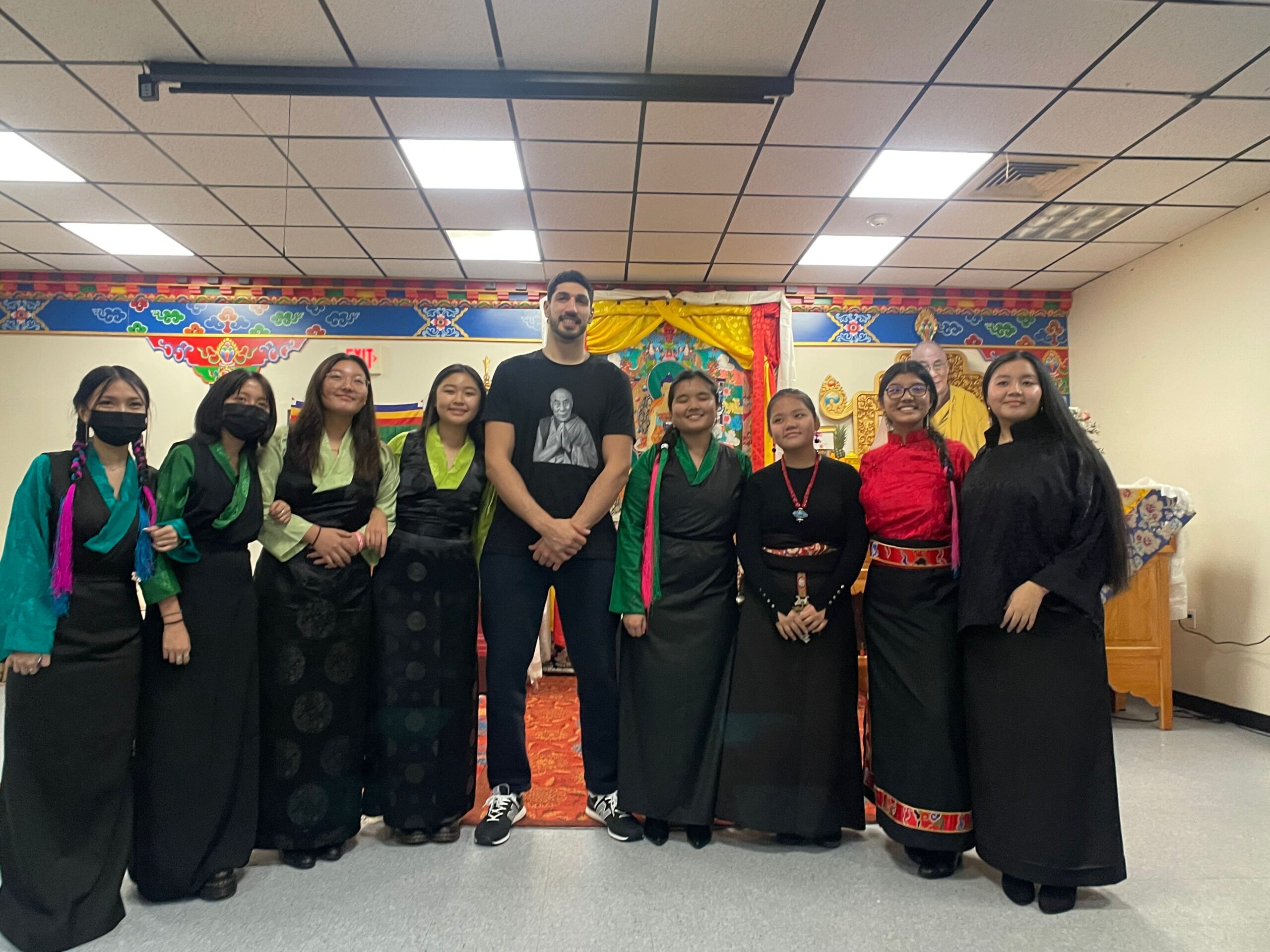 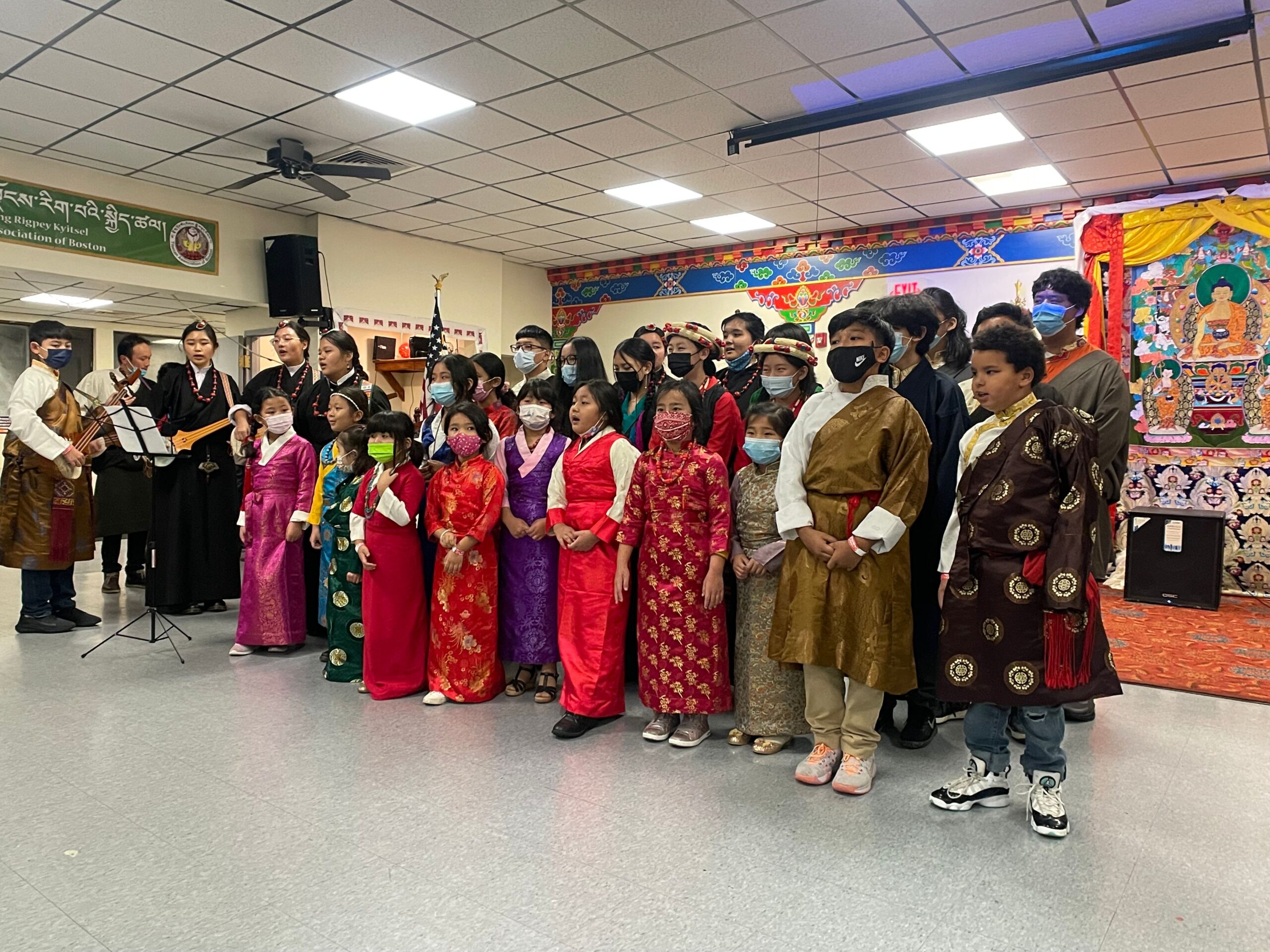