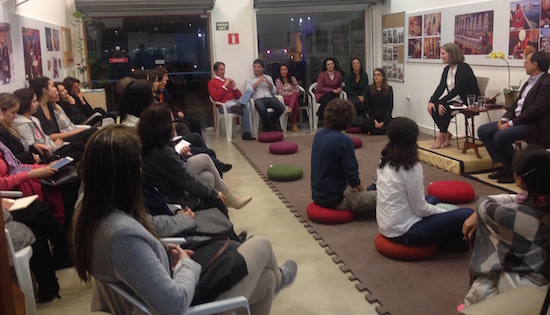 SAO PAOLO: The Tibet House Brasil held a series of activities during the month of July. These included Mind Training, Art Workshop and Meditation on Fearless Heart.

On July 10 and 17, the Tibet House Brasil organized two special seminar lectures on “Lojong” (Mind Training) with Amy Heart who had studied Buddhist Philosophy for more than 30 years with late Kyabje Gelek Rinpoche and who is also Board member of the Jewel Heart Center based in Ann Arbor, Michigan (USA) which is the headquarter of Jewel Heart network founded by the late Kyabje Gelek Rinpoche.

In her seminar lectures, Amy started with the introduction to Lojong, explaining its importance in the study and practice of Buddhist Philosophy. She then explained how crucial is mind training in working with the emotions that we all struggle every day. She outlined the important techniques to be employed while undertaking mind training, as taught by her late spiritual master Gelek Rinpoche. The lectures were very well received by the participants—around 35 people for each of the sessions—which included psychologists, medical professionals and students and others.

On the weekend of July 15 and 16, the Tibet House Brasil organized two-day intensive workshop on traditional Tibetan Art with Ngawang Choki Lodro, a Bhutanese master artist in Thanka painting who was trained in Bhutan for 9 years and then spent several years undertaking mural paintings of monasteries in Bhutan, Nepal and Northern India. He is currently based in Sao Paulo and married to a Brazilian lawyer.

In the two-day workshop, Ngawang taught the participants how to draw and paint eight auspicious symbols endemic to Buddhism, Hinduism and Jainism. He also explained meaning of the each of the symbols in the context of Buddhism. The ten participants who completely engrossed in the art work during those two days expressed immense satisfaction with the outcome of the workshop. Ngawang is scheduled to conduct another weekend workshop on August 12 and 13.

On July 6 and 20, the Tibet House Brasil organized sessions on Meditation on Fearless Heart with Jeanne Pille, who is also a new member of the Tibet House Board Advisers. In these two sessions, apart from the practice of meditation on compassion, Jeanne dealt on how to convert empathy into compassion and calming the mind as a basis to cultivate compassion. Jeanne’s systematic and thorough presentation on the issues were appreciated by the participants. An average of 30 people, mostly psychologists and other professionals, attended each session. Jeanne is scheduled to conduct another two sessions on August 10 and 24 during which she is going to discuss about the dimension of the self-compassion and expanding the circle of compassion. 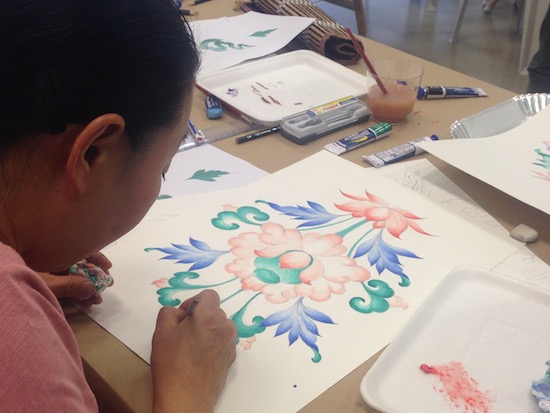 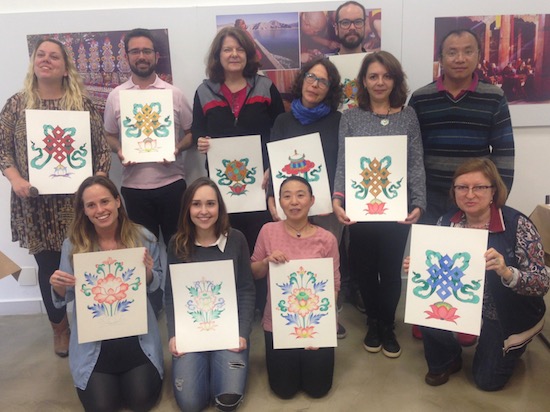