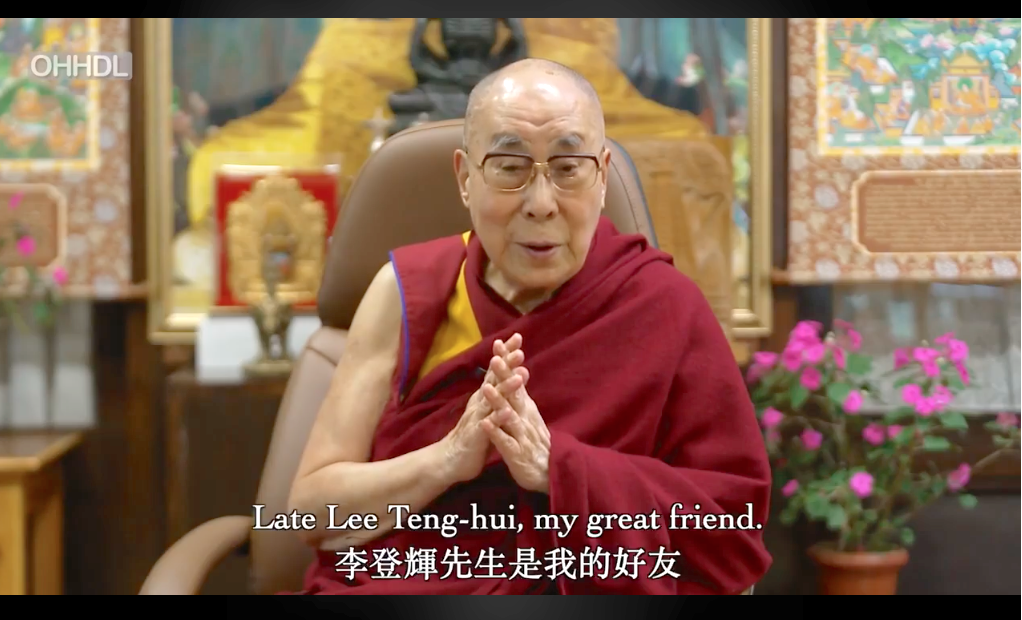 Message by His Holiness the Dalai Lama for the memorial service in honour of former Taiwan leader Lee Teng-hui as delivered on 19 September 2020:

“Late Lee Teng-hui, my great friend. He really committed about democracy. Personally, when I first reached Taipei, Taiwan, his first way of greeting was like that[gestures with both hands] then I also responded like that. Since then we became very close friends. I admire his commitment about democracy, freedom and preservation of Chinese culture in Taiwan.

As his close friend, I always remember him and as a Buddhist, I always pray. Firstly, I appreciate, deeply appreciate his effort. Now he is no longer here but we Buddhists believe in life-after-life. So most probably, he will be reborn in Taiwan. So my prayers for his reincarnation, whether we recognized or not, his rebirth will carry his spirit continuously. So, thank you.” Watch the video statement here.

With dignitaries such as President Tsai Ing-wen, former Japanese Prime Minister Yoshiro Mori and Keith Krach, U.S. undersecretary of state for economic growth, energy and the environment in attendance, an official memorial service to honour the late Taiwan President Lee Teng-hui was held in New Taipei City on Saturday.