23rd Nov. 2020, New Delhi: Even as the world is still battling the COVID-19 pandemic which originated from the Chinese city of Wuhan, the suppression and misinformation regarding the disease have led to the death of hundreds of thousands lives around the world. It has shown all the Chinese model of deceit and oppression. Amid this pandemic, a Tibetan youth Tenzin Dhondup had voluntarily begun a solo march entitled “March for Freedom: Dharamshala to Nathula” from McLeod Ganj, Dharamshala on 2nd Nov. 2020 to make the world aware about the evil acts of China and bring attention to the continuous environmental destruction in Tibet being carried out by the Chinese government. He was joined in this march by another Tibetan youth Tenzin Nyima from Chandigarh, who had earlier joined marchers from Manali to Delhi.

After 19 days of walking, the duo reached Delhi in the evening of 20th November where they were received and welcomed at Samyeling Tibetan Settlement, Majnukatilla led by Tibetan Settlement Office, RWA, RTYC, RTWA and other NGOs. A brief felicitation ceremony was held in honour of them attended by the representatives of various NGOs of Samyeling Tibetan Settlement and Budh Vihar Tibetan Settlement, Delhi. Shri Anil Monga, President, Bharat Tibbat Sahyog Manch – Delhi graced the occasion and wished the two marchers lots of luck in their work for the cause of Tibet. Tenzin Dhondup and Tenzin Nyima shared their aims and purpose of the march. People offered the two marchers khatak and wished them success in their endeavour. The ceremony was held in limited gathering, taking the precaution of COVID-19 pandemic.

Tenzin Dhondup and Tenzin Nyima carried out their campaigns in Delhi. On 23 November morning, assisted by India Tibet Coordination Office – Delhi staff Mr Choney Tsering, they submitted their memorandum which has listed three main demands: 1. seeking urgent attention to the deteriorating environmental situation in Tibet, 2. the world must accept Tibet as an occupied country, and 3. China should be punished for the recent attack at the Indo-Tibet border by boycotting products made in China, to the Embassy of the People’s Republic of China and later to the United Nations Office – India. In the evening, a press conference was held at Press Club of India, New Delhi. The duo addressed the media on their campaign to march from Dharamshala, Himachal Pradesh to Nathula, Indo-Tibet border in Sikkim.

Tenzin Dhondup talking about his three main purposes spoke in detail about the environmental destruction being carried out in Tibet and its consequences for the whole of Asia. He stressed that Tibet was an independent country until China forcefully occupied Tibet in 1959. So the world must acknowledge that Tibet is an occupied country. He further spoke that repeated acts of aggression by the Chinese soldiers at the border killing Indian soldiers are highly condemnable. China should be accountable for all these evil acts. We all must stand in solidarity with brave Indian soldiers guarding the border by boycotting buying and using of products “Made in China” as it indirectly helps China against us. Tenzin Nyima shared to media that he joined Tenzin Dhondup as it is an important campaign for the cause of Tibet and also he felt that someone must be with Tenzin Dhondup as he was alone for such a long journey and will need help and support. He further mentioned he will keep participating in such campaigns till there is strength in his body. The press conference concluded on a good note with the attendance of around 20 media personnel.

The march has passed through Himachal Pradesh, Punjab, Chandigarh, Haryana and Delhi, and now it remains to pass through Uttar Pradesh, Bihar, West Bengal and Sikkim expecting to cover a total distance of 2100 km approximately, traversing 40 km a day in 90 days to reach its final destination at Nathula along Indo-Tibet border in Sikkim. 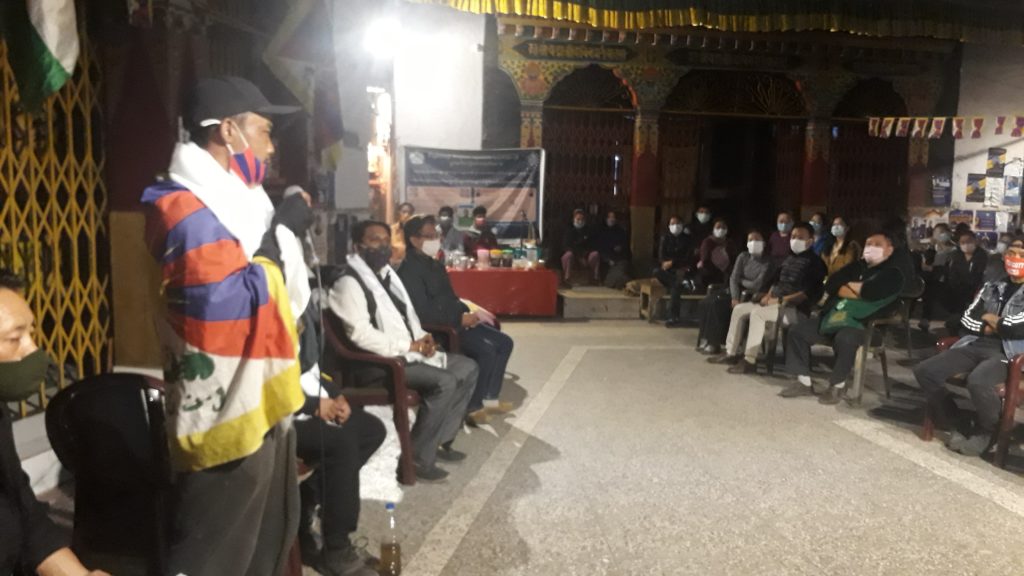 Tenzin Dhondup speaking to the gathering. 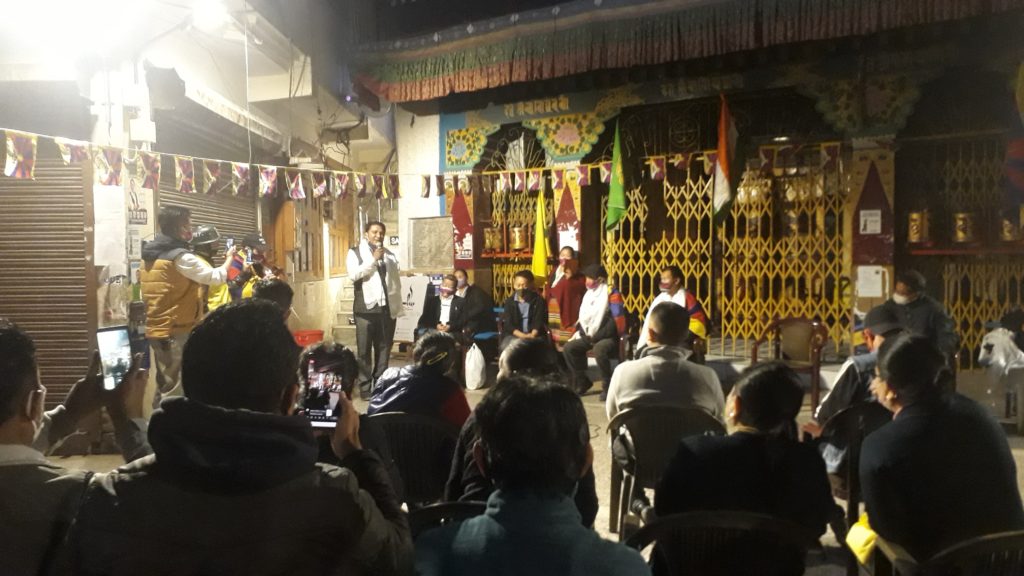 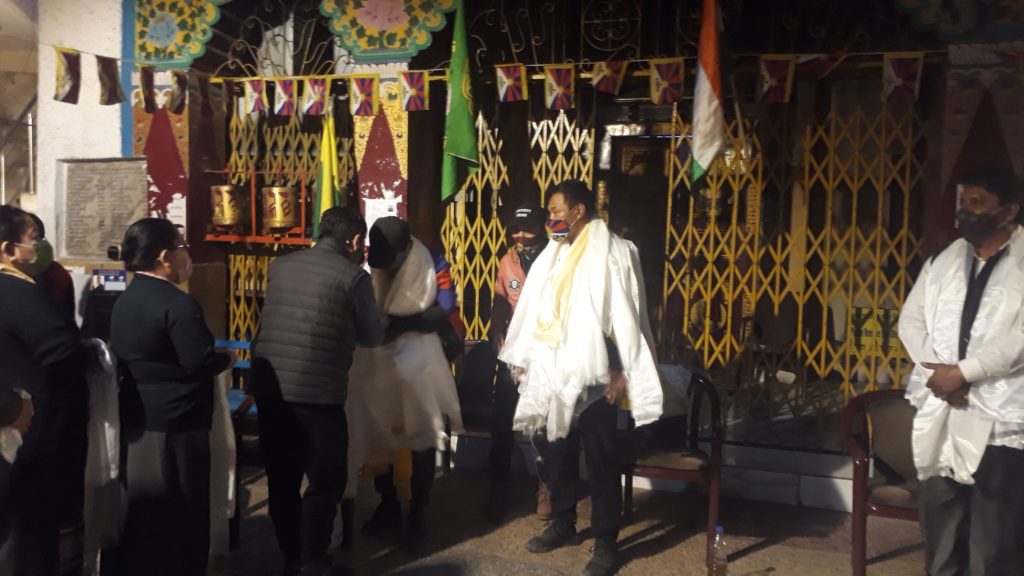 Members of Tibetan NGOs offering khatak to the marcher’s duo. 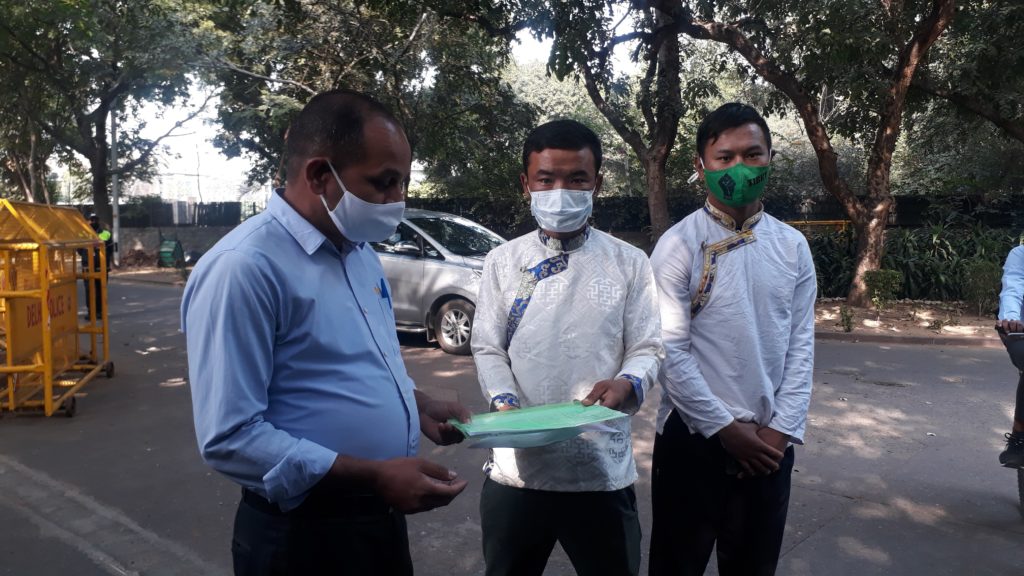 Handing over the appeal letter to the staff of UN Office – India. 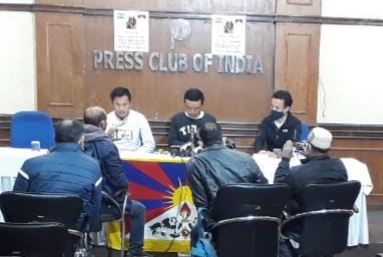 Addressing the press conference at the Press Club of India, New Delhi. 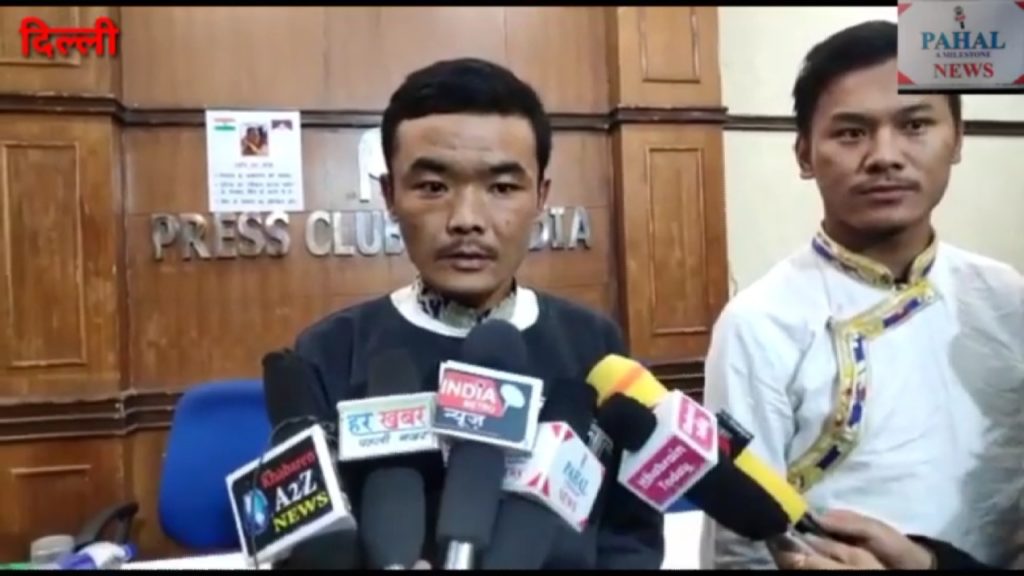