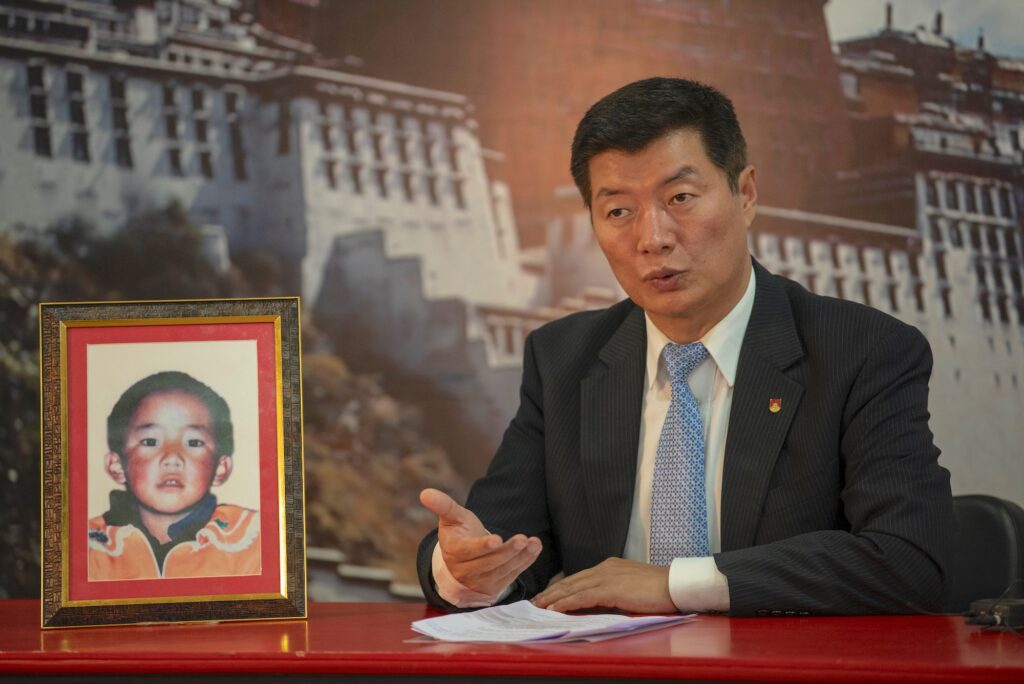 On 24th April 2021, Tibetans, Buddhists and Tibet supporters around the world marked the 32nd birthday of His Eminence the 11th Panchen Lama, Jetsun Tenzin Gedhun Yeshi Thrinley Phunstok Palsangpo, the Manifestation of the Compassionate Bodhisattva Amitabha. However, today, with profound sorrow, we mark the 26th anniversary of his abduction by the Chinese government. This solemn occasion is a grim reminder of the gross injustice inflicted on him as an individual, and to us as a nation.

For 26 years, he has been placed under detention and isolated from the rest of the world. Any viable information on his whereabouts has been protected as a State secret by the Chinese government, which has continued the unabated detention of the Panchen Lama and his family. Hence, it is imperative that we, as a community, remember and strive against this gross crime perpetuated by an unapologetic State, and to share the story of his disappearance that has continued to be enforced since 1995. Therefore, today, the Central Tibetan Administration is launching a book titled “Tibet’s Stolen Child: Remembering the Story of the 11th Panchen Lama Gedhun Choekyi Nyima”, in the hope the Panchen Lama and his family are freed and our homage and prayers, as an Institution and community, for their wellbeing, are answered.

On 14th May in 1995, His Holiness the 14th Dalai Lama recognized the six-year-old Gedhun Choekyi Nyima as the legitimate reincarnation of the 10th Panchen Lama. It was a joyous occasion that had been fervently awaited by the people of the Land of Snow and Buddhists around the world. However, just three days after the announcement, the 11th Panchen Lama, his family and Chadrel Rinpoche, the former abbot of the Tashi Lhunpo monastery and the head of the search committee of the 10th Panchen Lama’s reincarnation, was forcibly abducted by the Chinese government. This inhumane action of the Chinese authorities made the six-year-old Panchen Lama the youngest prisoner of the world. Since that day, Tibetans and Buddhists around the world have been living in hope to catch a glimpse of His Eminence the 11th Panchen Lama, one that regrettably remains unfulfilled so far.

The Chinese government, a self-declared atheist government, not only disrespected His Holiness the Dalai Lama’s recognition of the reincarnation but in an act of supreme fraudulence, went on to recognize another young boy, Gyaltsen Norbu, as their own Panchen Lama for their own political machinations. Furthermore, the passing and the implementation of “Order number 5” in 2007 by the Chinese authorities represents a blatant move to interfere in the centuries-old religious traditions of Tibetan people and violates international laws as well as the Chinese National constitution.

For decades, since the abduction in 1995, the UN Human Rights Council and various treaty bodies, including the Working Group on Enforced or Involuntary Disappearances (WGEID), Committee on the Rights of the Child (UNCRC), and the Committee Against Torture (CAT), have repeatedly called for the release of the 11th Panchen Lama. The UN bodies have questioned the Chinese government on the whereabouts and wellbeing of Gedhun Choekyi Nyima but they have never received any meaningful and verifiable information.

More recently, in June 2020, five UN Human Rights experts issued a joint-communication to the Chinese government asking the Chinese government to “provide prompt and detailed information of the fate and whereabouts of Mr. Gedhun Choekyi Nyima.” Furthermore, they sought explanation on, “how the regulation of reincarnation of living Buddhas is compatible with the protection of freedom of religion or belief” under international human rights law.

The European Parliament, the United States, the United Kingdom, Canada and other governments, international organizations and Tibet support groups have time and again raised the issue of his enforced disappearance and called for his immediate release. Yet, repeated calls, statements and communications to China and requests to allow an independent body to visit and verify the well-being of the 11th Panchen Lama, have passed by unheeded.

Despite these concerted efforts, the Chinese government continues to parrot lies. The enforced disappearance of the 11th Panchen Lama is a gross violation and assault on the religious freedom and fundamental human rights of not just the Panchen Lama but also of all the Tibetan people. Furthermore, it highlights the grim situation in Tibet. The US Committee on the International Religious Freedom (USCIRF) in its annual report released on 21st of April 2021 attested to this deteriorating state of religious freedom in Tibet.

On our path to seek justice for the 11th Panchen Lama, it is crucial that we understand and remember the legacy of the 10th Panchen Lama. In 1962, the 10th Panchen Lama presented to the then Chinese Premier Zhou Enlai, the 70,000 Character Petition – a detailed report on the extremely dire situation in Tibet due to the utter failure of the Chinese reform policies. Initially, the 10th Panchen Lama saw some hope as the Communist leaders agreed to reform its work in Tibet but this quickly took a turn for the worse, with the barrage of criticism on his petition followed by his eventual imprisonment and house arrest from 1964 to 1978.

After his release, seeing the destruction of religion and culture, the 10th Panchen Lama devoted the rest of his life to rebuilding the remnants of the Tibetan way of life. He succeeded in bringing a law which made Tibetan the official language of the so-called Tibet Autonomous Region as well as the introduction of Tibetan-medium education. However, on 28th January 1989, the 10th Panchen Lama died under mysterious circumstances.

His death was followed by the recognition of his reincarnation and the subsequent abduction of the young Panchen Gedhun Choekyi Nyima by the Chinese government. It has been 26 long years since his enforced disappearance. The Central Tibetan Administration strongly urges the Chinese government to immediately and unconditionally release the 11th Panchen Lama, his parents and Chadrel Rinpoche. We also urge China to respect his religious freedom and allow him to carry forward the 10th Panchen Lama’s legacy. Recently, the US State Department spokesperson has also called on the PRC government to “immediately make public the Tibetan-venerated Panchen Lama’s whereabouts and to give us this opportunity to meet with the Panchen Lama in person.”

Taking this opportunity, we express our gratitude to all the governments and their parliaments, international organizations, Tibet support groups, NGOs and everyone else for their continued support and efforts to seek justice for and the release of Gedhun Choekyi Nyima. We appeal for your renewed support and efforts in seeking the release of the 11th Panchen Lama, his family, Chadrel Rinpoche and other political prisoners of Tibet and to resolve the critical human rights situation in Tibet.

Finally, we pray that His Eminence the 11th Panchen Lama will soon be able to return to his rightful place at the Tashi Lhunpo Monastery to carry forward the great legacy left behind by the previous Panchen Lamas in preserving the Tibetan religion, culture and language. We pray and hope to see him free very soon.