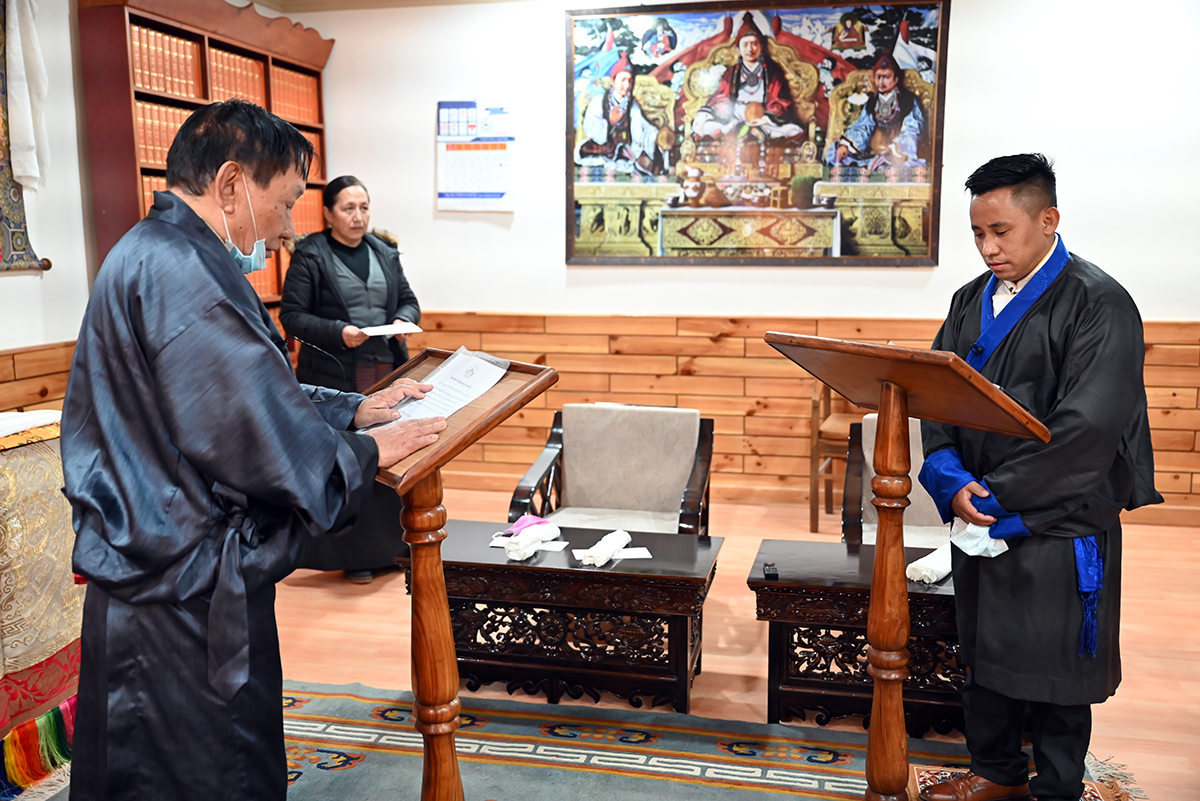 The event commenced with offerings of ceremonial scarves to His Holiness the Dalai Lama’s portrait followed by administration of oath to interim Local Justice Commissioner by Pro-tem Chief Justice Commissioner. The swearing in ceremony was attended by Secretary of TSJC, staff of TSJC and members of the local Tibetan media. 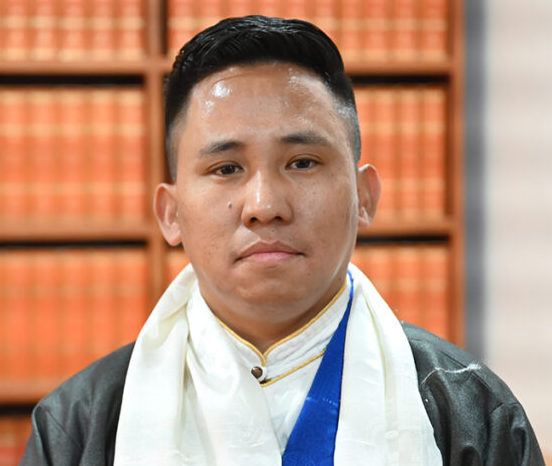 Pema Sangpo, born in Ladakh Jangthang Hanley, graduated from St. Joseph’s College of Commerce. In 2013, he was appointed as Tibetan Justice Commission in Ladakh Region’s Secretary cum accountant through examination after being employed in the same position for three months on a non-permanent basis. He was later transferred to the Department of Home in 2017 as a Deputy Secretary and consequently promoted as Joint Secretary at the same office in 2021. On 1 July 2021, he was again transferred to the Tibetan Supreme Justice Commission. After serving almost eight years in the departments mentioned above, he was eventually appointed as temporary local Justice Commissioner of Ladakh Region as a fill-in. 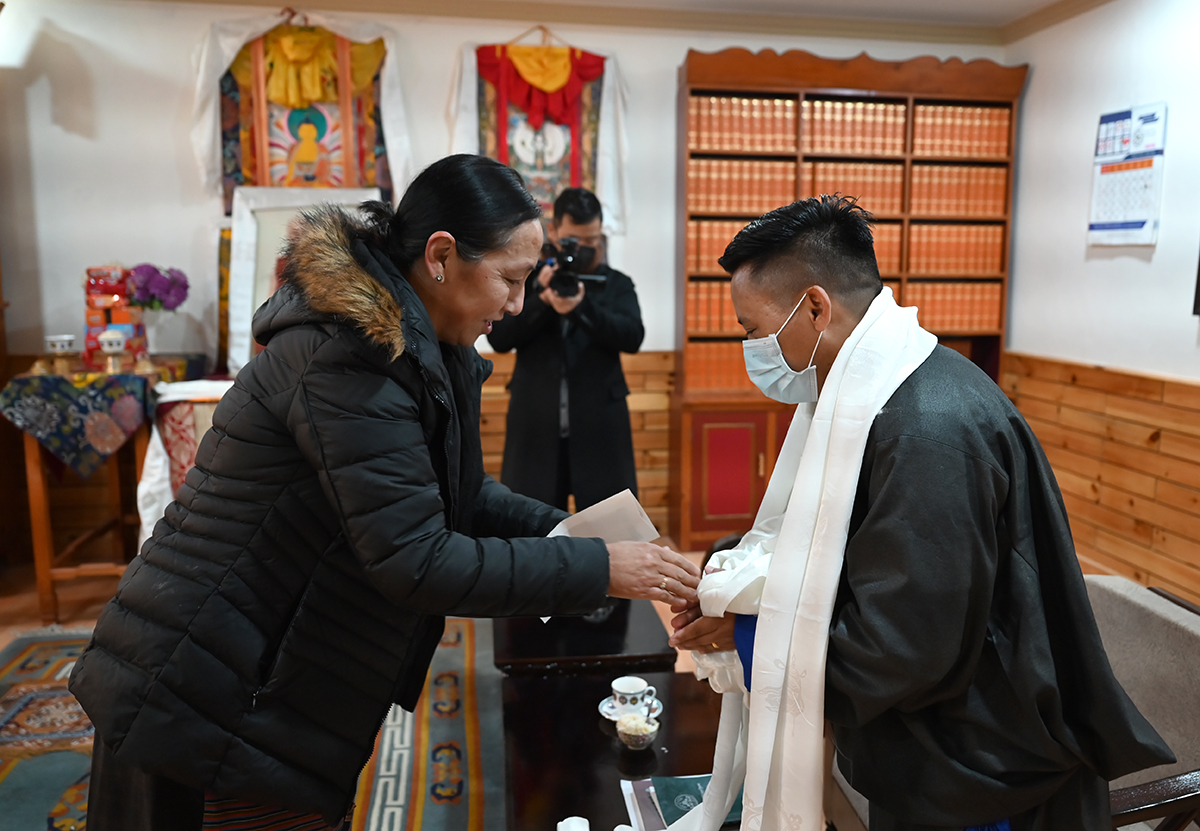