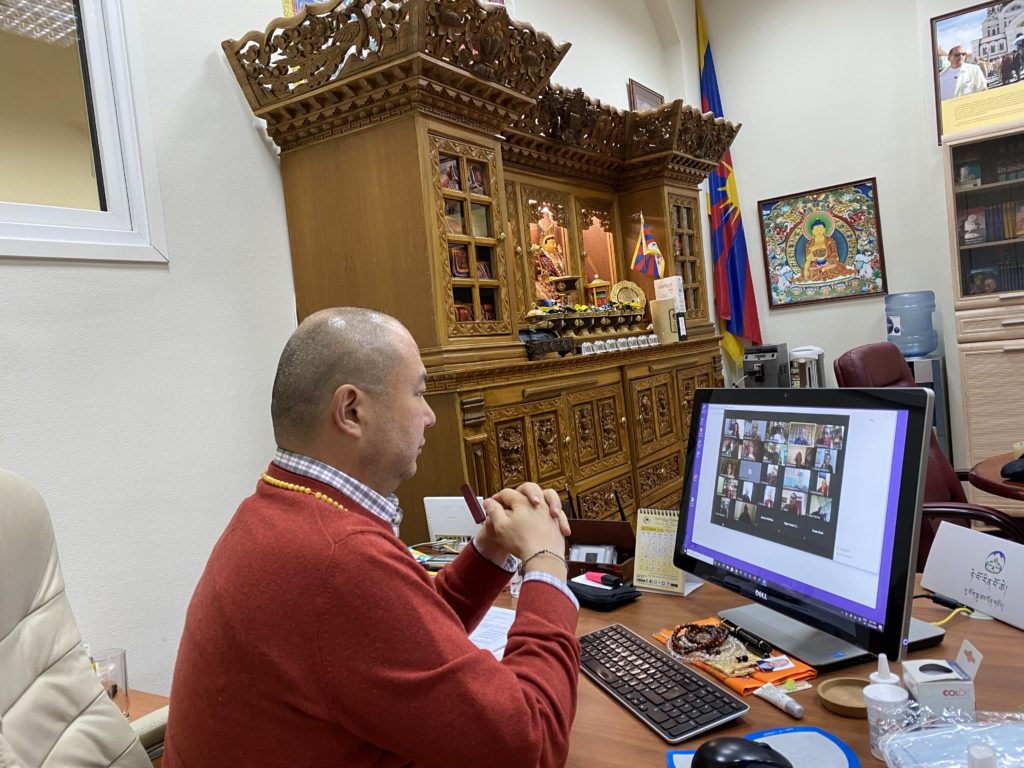 Moscow: The case of “Thukdam”, post-death meditative state by Tibetan Buddhist practitioners have been studied and researched by the western scientists for many years with the leadership of Dr. Richard Davidson from University of Wisconsin, Madison USA who is the founder of and chair of “Center for Healthy Minds.

In 2018 Prof, Svyatoslav Medved a full member of the Russian Academy of Science and former director of the “Institute of Human Brain” in St. Petersburg, Russia initiated a research project as well by providing training to young scientist monks from seven monasteries in south India and set up research labs in Tashi Lhunpo monastery and Drepung Gomang Monastery.

In late 2019, Dr. Richard Davidson and Prof Svyatoslav Medvedev at a meeting in Goa, India shared their experiences and agreed to collaborate on the research project.

The Tukdam research and investigations team in India is supervised by Amchi Tamdin la from Mentsekhang, Dr. Tseten D. Sadutshang of Delek Hospital as the Science Monks supervisors from Sera Jey and Gaden Jangtse Monastery and western and Tibetan doctors.

There have been many cases of Tukdam, post-death meditative state investigation, and data is being collected and researched by Russian and American scientists.

Recently Geshe Tenpa Dhargyal of Gaden Jangtse Monastery was in 20 days Tukdam state. The research team in Mundgod was able to collect data and the data was shared with Prof Svyatoslav in Russia and Richard Davidson in the USA for further investigation and research.  Another recent case of Tukdam from Drepung Loseling is currently under investigation.

The meeting was held online with the lead of Dr. Tseten D. Sandutshang with the participation of 36 members of the research teams led by Dr. Richard Davidson, Prof Svyatoslav Medvedev, Dr Tamdin, and all supervisors, monks researchers, and local western and Tibetans doctors in south India. The meeting aimed to discuss future collaborations, creating protocols steps, and proper communications.