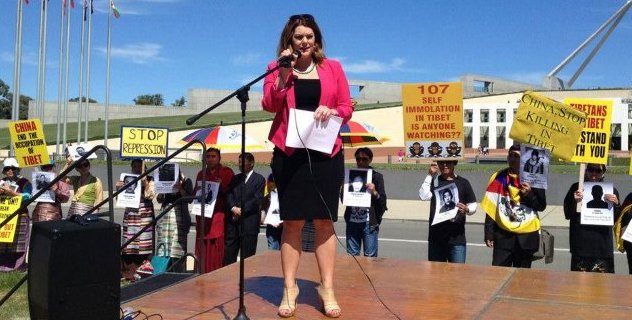 CANBERRA: Senator Sarah Hanson-Young from the Greens party moved a motion on Tibet in the upper house of the Australian Parliament.

The following motion was passed in the Senate on 20 March 2013.

That the Senate notes the Australian Government’s efforts to urge Chinese authorities to:

(a) address the underlying causes of tension in Tibetan regions;

(b) end the use of harsh policies, such as increased surveillance and violent crack downs, which have only exacerbated the security situation in Tibetan areas;

(c) lift restrictions on access to Tibetan regions, including for international media and diplomats; and